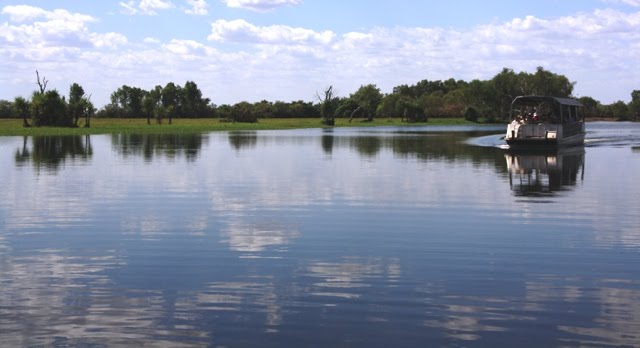 At Cooinda we boarded another boat for a cruise on the Yellow Water Billabong, an extensive wetland area at the end of Jim Jim Creek. It is famous for its wildlife and especially birdlife.

Egrets coming in to land.

Checking out the water's edge for crocodiles. 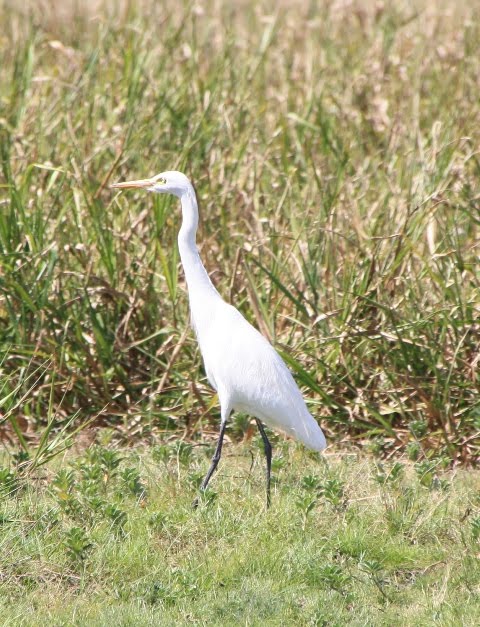 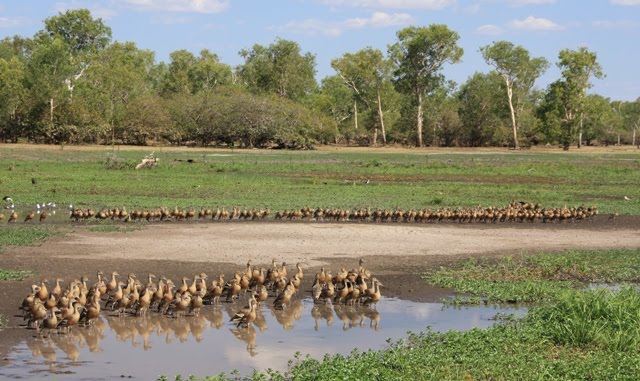 Hundreds and hundreds of wood ducks line the billabong like soldiers.

Wood ducks with a headless Radjah Shelduck in the background.

The big Magpie Goose tells the ducks to follow him for a "good time." 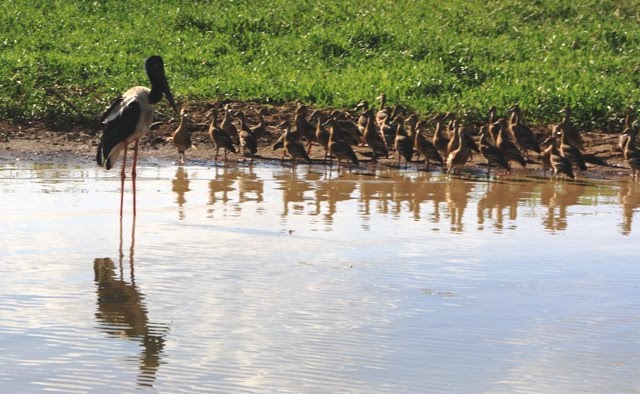 The Jabiru is giving the ducks a lecture about not following Magpie Goose for a "good time" but to get on with the job of entertaining tourists. 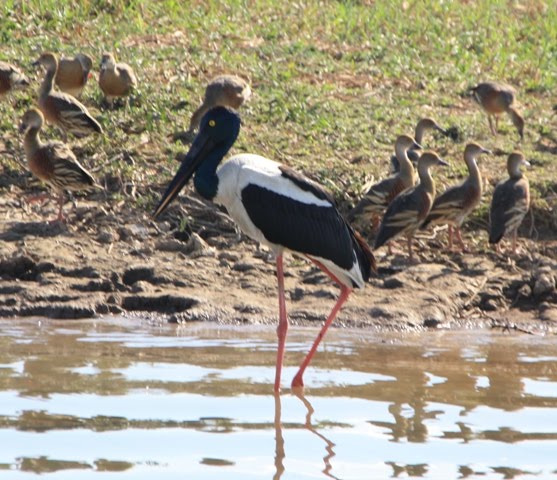 The huge Jabiru (Black-necked Stork) is the most beautiful bird. This is a female with a yellow eye. 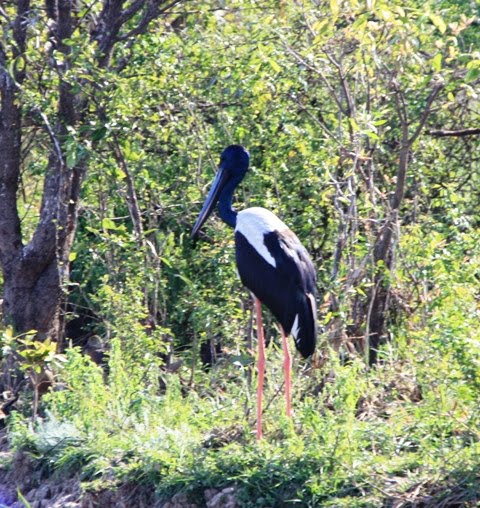 This is the male with a black eye (that's why he's sulking, his wife gave it to him) 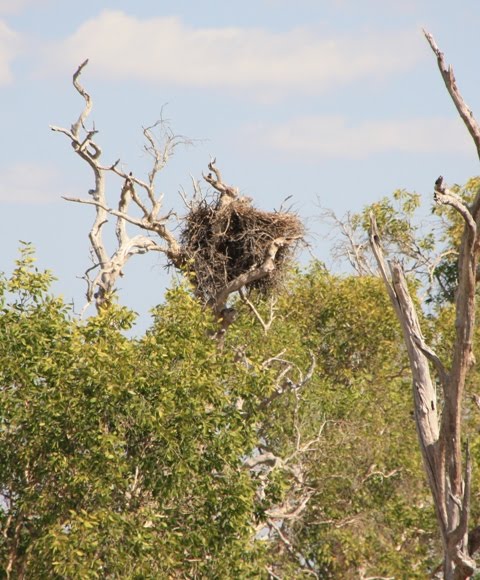 Don't know who lives here.......could be an Osprey Eagle. 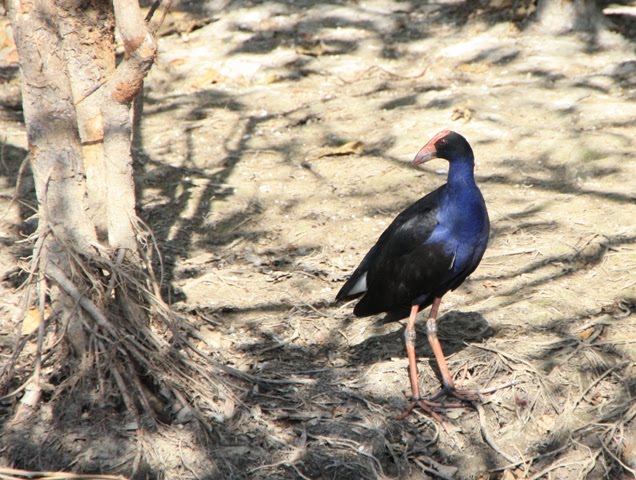 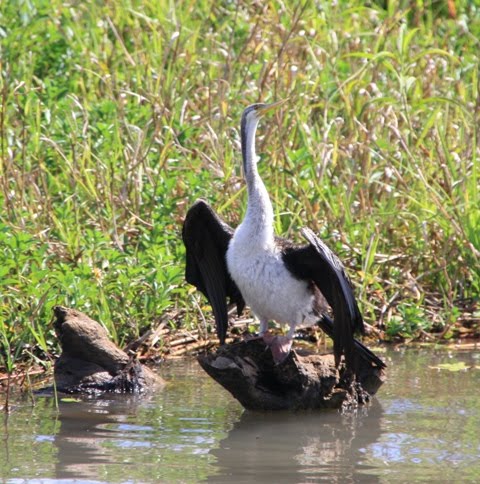 These are cormorants, could be a Pied Cormorant. We nicknamed them "Look at Me birds" as they appeared to be showing off but they are probably cooling off or drying their wings. 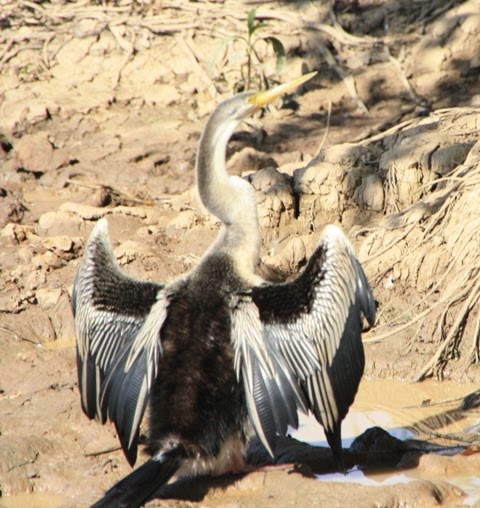 Now Mr Cormorant needs to be careful showing off to the tourists because Mr Crocodile is close by.

Crocodiles are the world's largest living reptiles. They are also one of the most ancient having existed unchanged for nearly two hundred million years. Two species occur in Australia, the fresh water and estuarine or salt water crocodile. The fresh water crocodile lives in creeks, rivers and pools.They are only found in Australia. They have a longer, sharper snout and are generally shy but can become aggressive if disturbed. The estuarine crocodle is aggressive. They are also found in India, South East Asia and Papua/New Guinea. These pictures are of the dangerous estuarine crocodile. 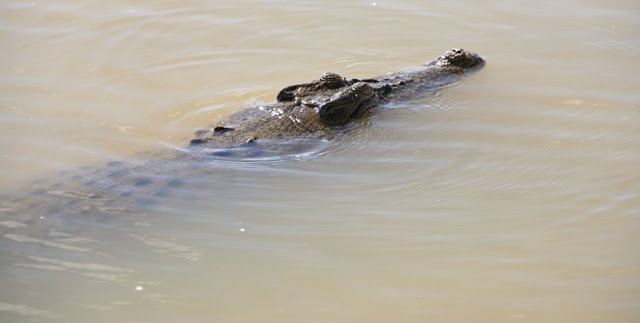 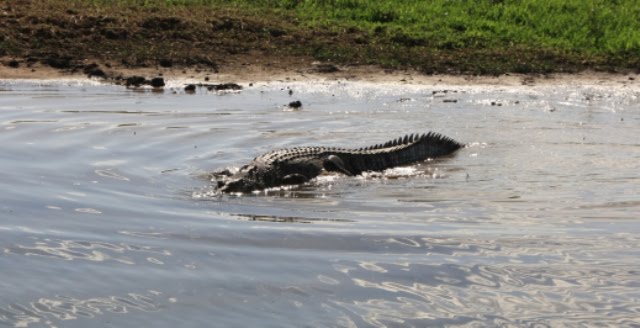 ..ahem...Mr Boat driver I think its time to move on.

To glide through the billabong and get closer to the crocodiles see Bill's video HERE.