In the early 20th century Broome was booming. People came from Malaysia, Indonesia, Japan, China and Europe to work in the pearling industry.However, trade slowed with WW1, the depression, and WW2. The large Japanese population was interned and their luggers destroyed.(The story is that the local police let the Japanese out during the day to continue diving for the businesses and then they were locked up again at night.)
After the war business was slow and then plastic buttons were invented, which rduced the world markets furher. However the industry was saved by the advent of cultured pearls. Today Broome produces 80% of the world's best quality pearls.
Before leaving Broome on day3 we were taken to the Willie Creek Pearl farm for an informative tour. 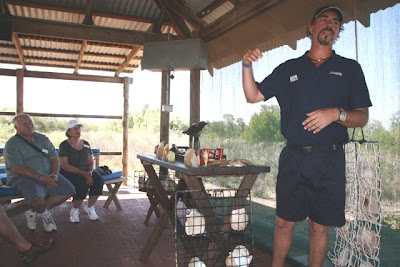 We were told how highly skilled technicians insert a nucleus under the gonad of the oyster. 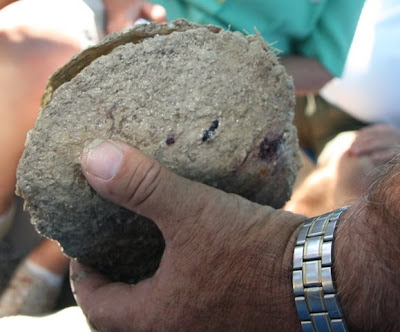 The technicians have to work through the tiny opening of the bivalve. 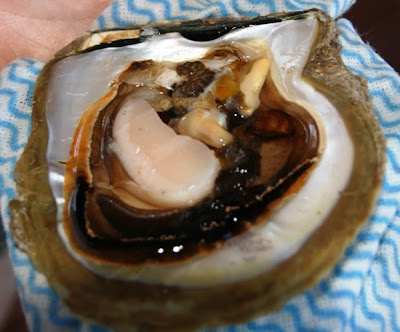 The gonad is the small orangey lump in the middle. The white meat can be eaten. It is exported too. The shell is returned to the water hanging in a special rack where it is turned and cleaned regularly for two years. Hopefully by then the oyster has coated the nucleus with layers of shiny nacre and produces this....... 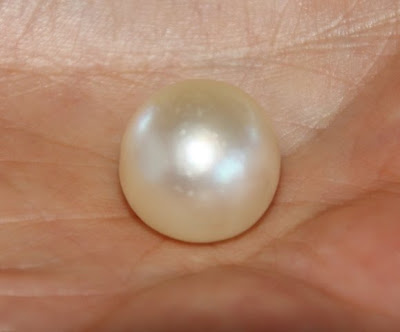 We were taught how to judge the worth of pearls by observing the shape, the skin, the colour and the lustre. They can fetch thousands of dollars. 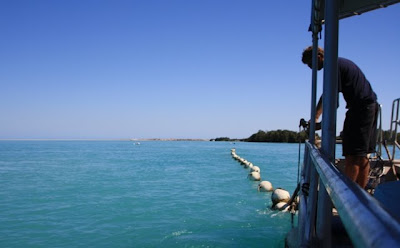 We were taken on a boat to where the shells are farmed. Each buoy has a rack attached to it. 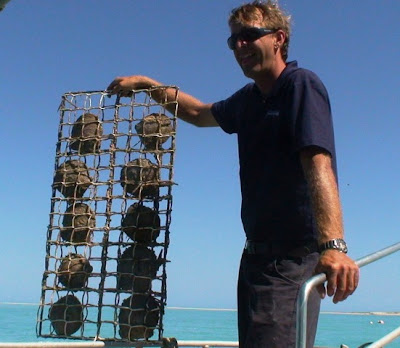 They pull the rack up and check for disease and clean the algae off with a brush. Turn them around and then suspend them in the water again. 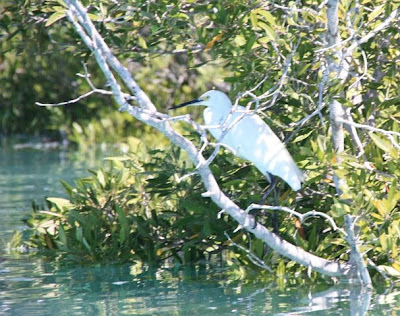 On the way back to shore there was a lot of bird life in the mangrove trees. This is an egret. 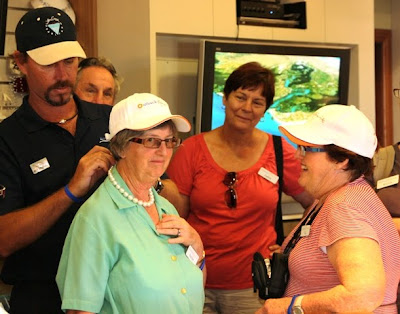 Of course we were ushered into the shop before leaving. We had fun trying to guess the worth of the necklaces. This one being modelled by Pauline was worth thousands. 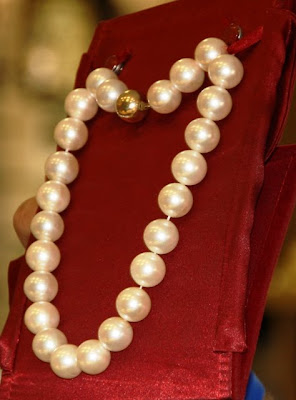 Can you tell which string of pearls is the fake?