Kimberley and The Top End Adventure

Broome is a small town but rapidly growing due to the tourist trade. It has a population of 15,000 which increases to 45,000 in the tourist season. There are two seasons: The Wet and The Dry, both are hot but it is hotter in The Wet, tourists prefer The Dry.(Apr-Nov.)Temperatures range from 30C/88F to over 40C/105F. 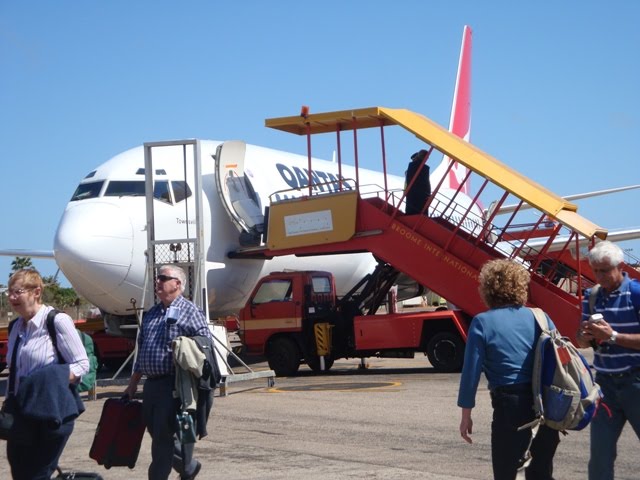 Together with six friends,we arrived at the small international airport. 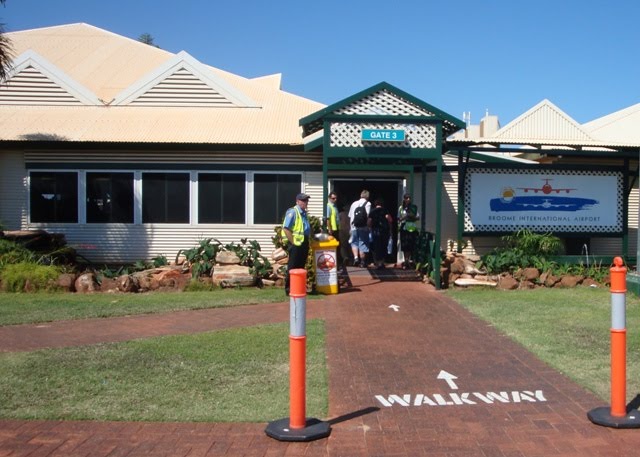 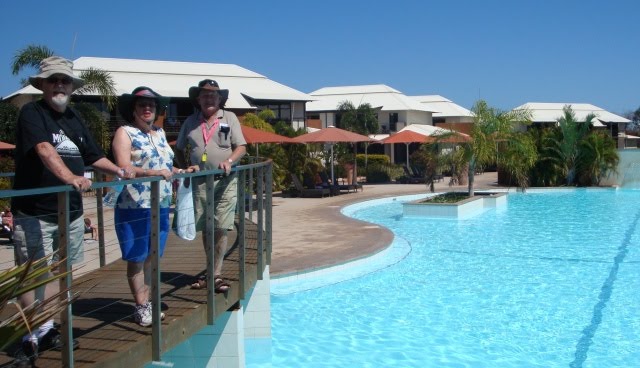 Soon we were transferred to our resort. Bill, Helen and Paul. 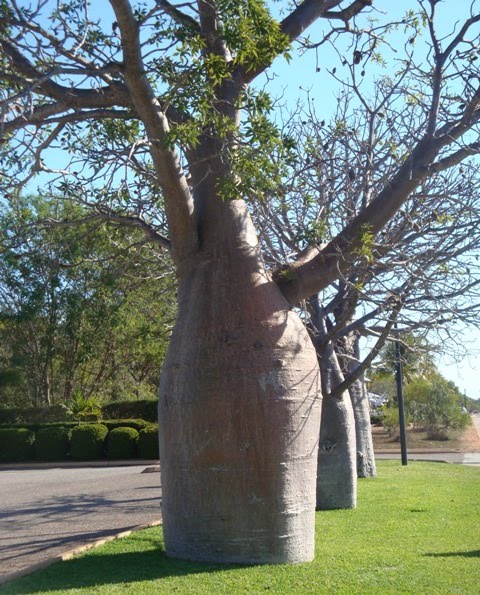 After we settled in we went for a walk to the beach. We passed these Boab trees, which are common in the outback. They are fibrus inside and don't have rings like other trees.

We noticed how different the houses are compared with the East Coast. They are made of colourbond, corrugated iron as this is the cheapest material to transport the huge distances, and they don't have guttering because no guttering can cope with the torrential tropical downpours.

Cable Beach is 22.5k/15miles long and has 9m/30ft tides.It is called Cable Beach because it is where the telegraph, undersea cable connects Australia to Singapore and the rest of the world. It was laid in 1889.

Tourists can take camel rides along the beach. Camels were introduced into Australia to help transport supplies to the builders of the overland telegraph line in the 1800's. After train tracks and roads were made the camels were often let go to run wild. Now we have the biggest population of camels than any other country. We even export them to Arabia.

The camels are on their way back and the tourists in 4Xwheel drive vehicles drive on the beach to picnic and watch the spectacular sunsets over the sea, (which is unusual for us East Coasters).There were also 2 weddings taking place on the beach. 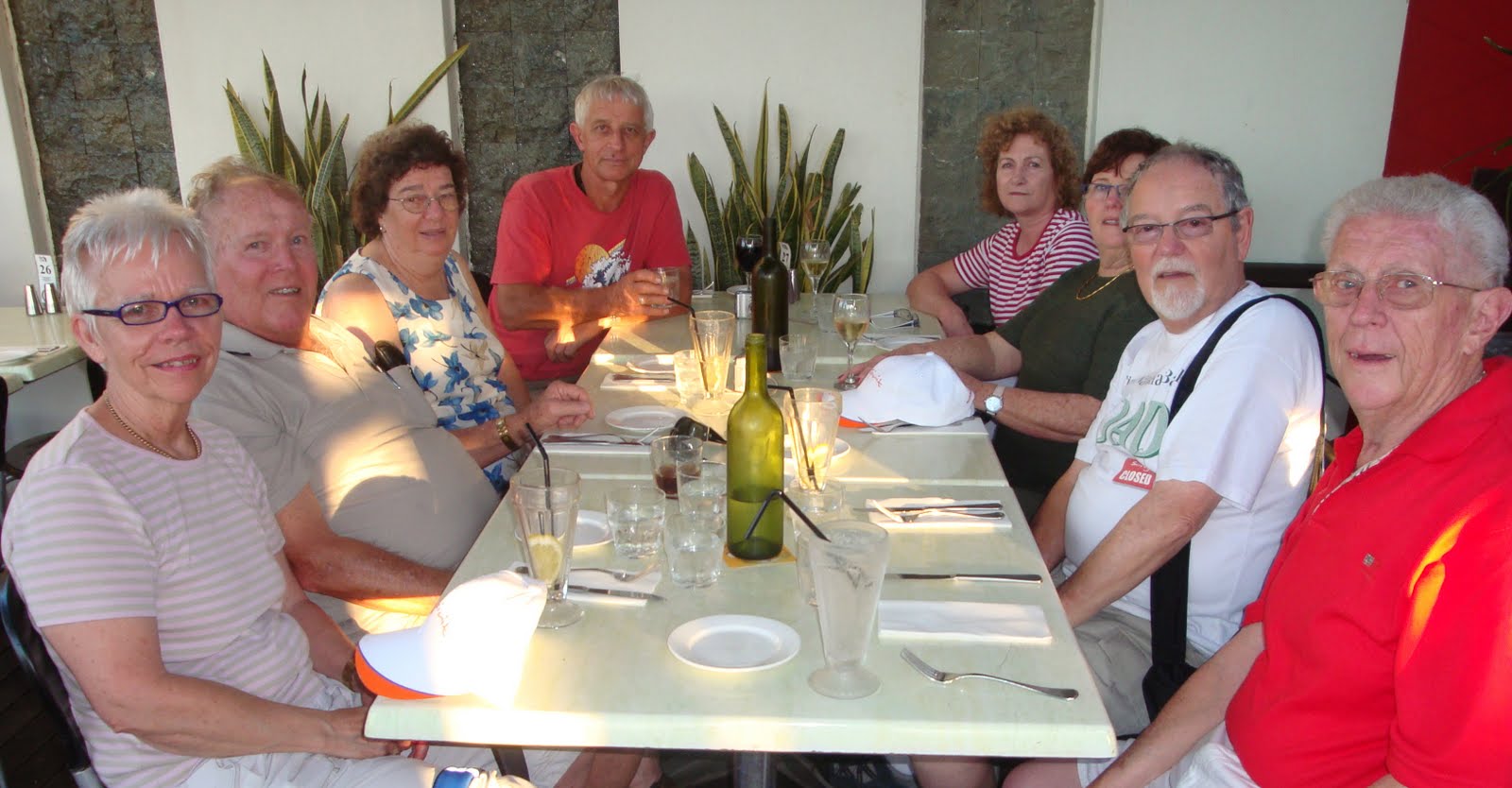 On the way back to the resort we stopped by a lovely restaurant for dinner. "Eight friends will travel." 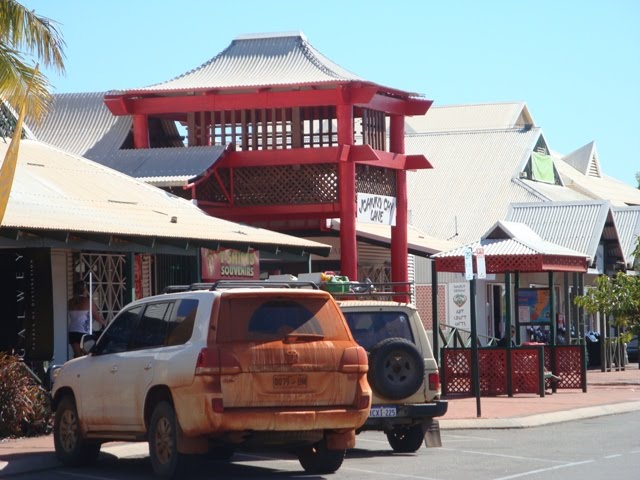 The next morning we explored the little town centre, because we weren't meeting the tour guides until 6:00pm. One of the two main streets with arcade. The car has been travelling on the red dirt roads. 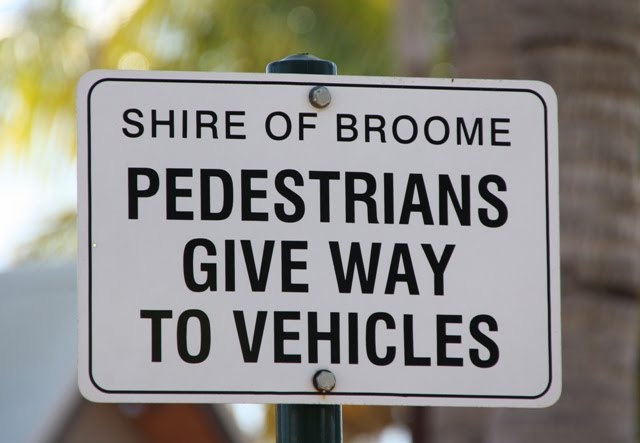 I couldn't get used to giving way to cars even when on a crossing. Nearly got skittled a few times. 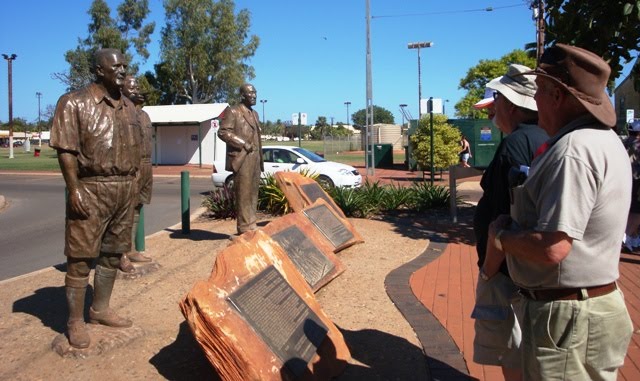 Broome has a colourful history. In the late 1800's Broome developed due to the discovery of "Pinctada maxima", huge mother of pearl shells. The shells were sought after by overseas countries for the manufacture of buttons, and for the rare finding of natural South Sea Pearls. These statues are of the men who developed the pearling industry. 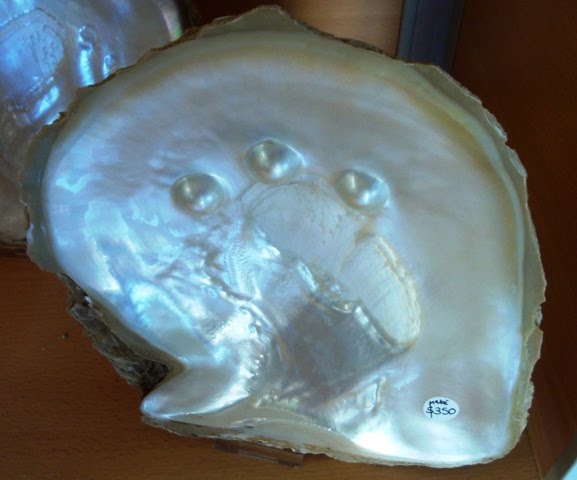 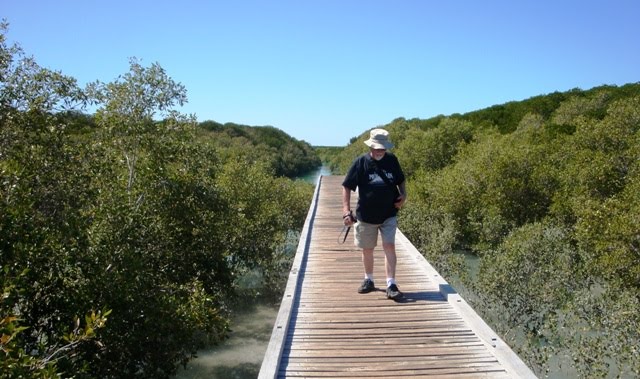 The old jetty where pearling luggers used to unload their haul of shells. 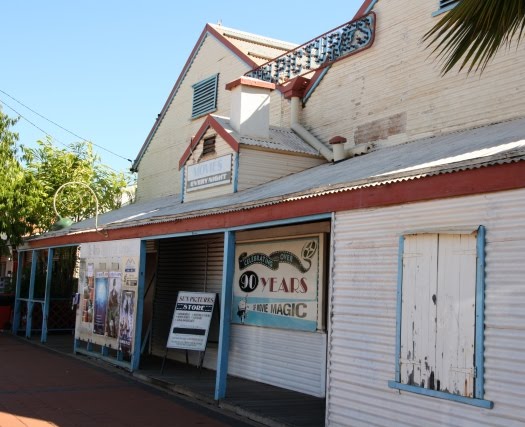 In town there is still operating today an open air movie theatre. It was built in 1916. 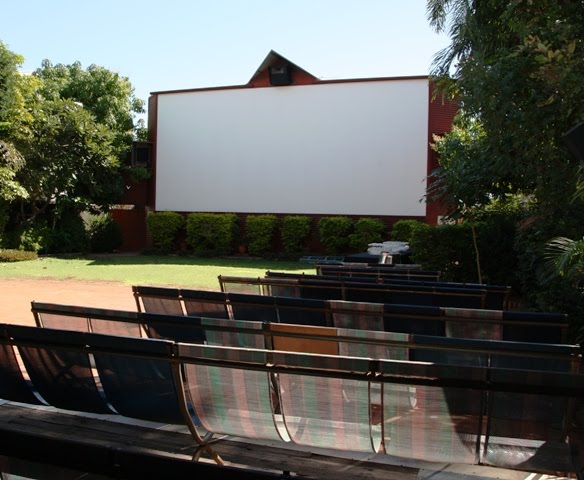 Some of the chairs had been moved today to make way for another function. 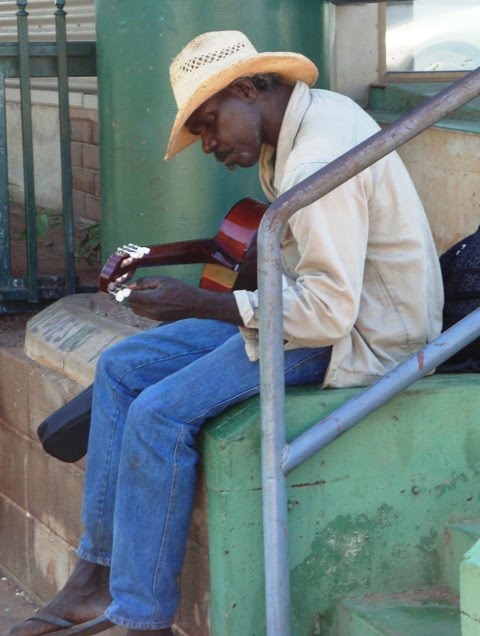 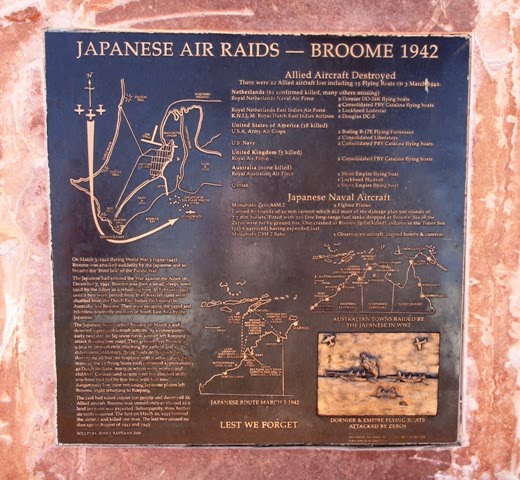 In 1942 when the Japanese occupied Dutch Indonesia many refugees arrived in Broome. There were many Dutch, American, British and Australian ships and flying boats in Roebuck Harbour in Broome. The Japanese mounted three bombing raids over the harbour. Many ships and flying boats were sunk and 88 people were killed some were Dutch civilians on board the boats. The war with Japan caused extra problems for Broome because the pearling industry employed hundreds of Japanese deep sea divers.

View Brisbane to BroomeAugust 2009 in a larger map

Email ThisBlogThis!Share to TwitterShare to FacebookShare to Pinterest
Labels: Broome