On the way back from Chamberlain Gorge we stopped at Zebedee Springs, we were advised to wear our swim togs and water shoes as we could bath in the warm spring waters bubbling out of the gorge walls. It was a short walk from the bus to the pools. 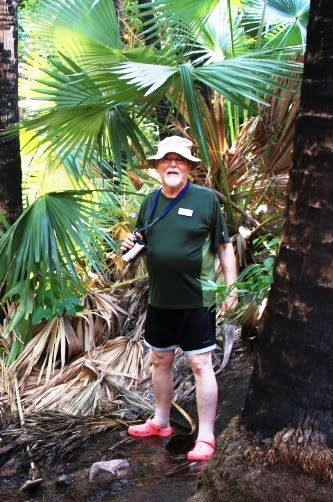 Bill's feet had healed from the sand grazes he got at Tunnel Creek and tries his bright orange crocs again, this time with strap in front and video camera at the ready. 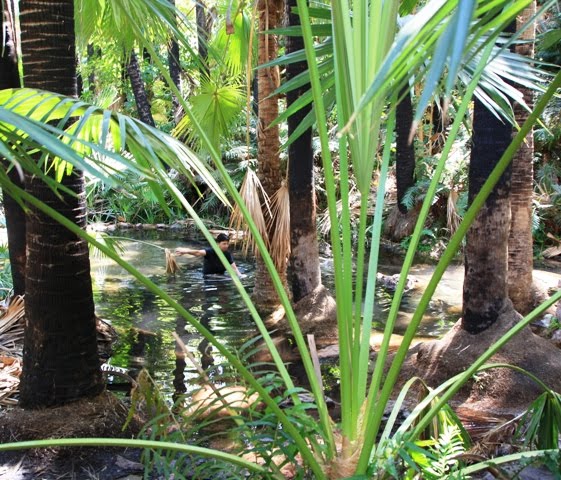 The vegetation was lush and green in the little gorge with a canopy of Livistonia eastonii palms. 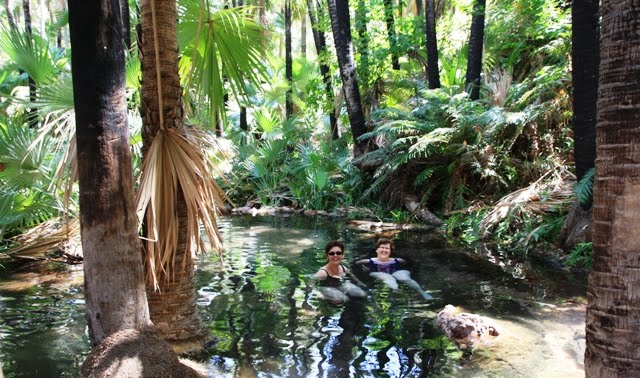 The warm buoyant water was very relaxing as Michele and Val discovered. 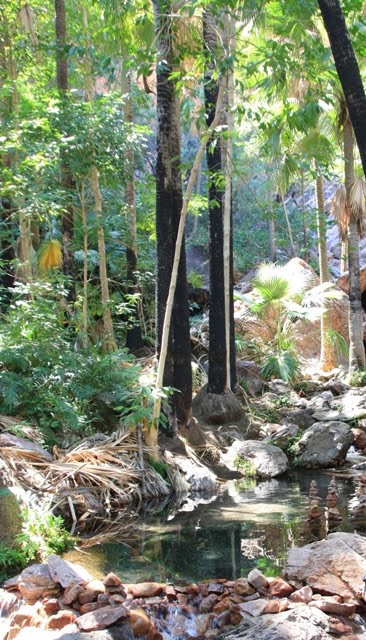 This was our favourite pool. Bill sat in , his crocs floated his feet to the top and his head started to disappear under the water. I had to push down on his crocs to get his head up again. He sure has fun with his Daisy Duck shoes but it provided us with lots of laughs. 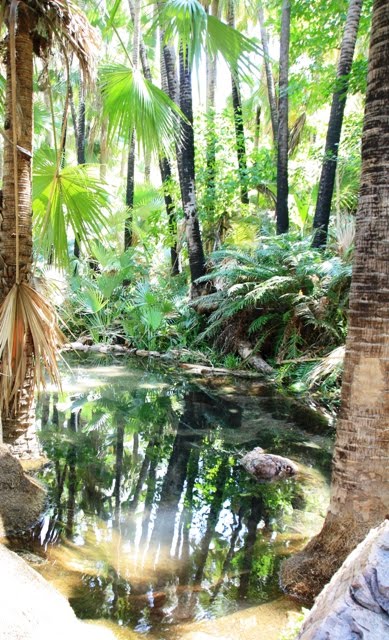 Then it was back to the resort for a gourmet lunch. In the afternoon we had free time. 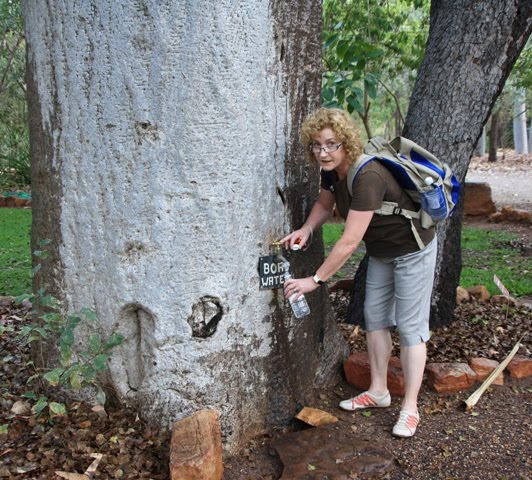 Norma fills her water bottle in the resort grounds. There is a Boab tree with a tap coming out of it??? Don't know how they did that. The tree doesn't have water inside it but does have moist fibrous matter a bit like in a coconut. 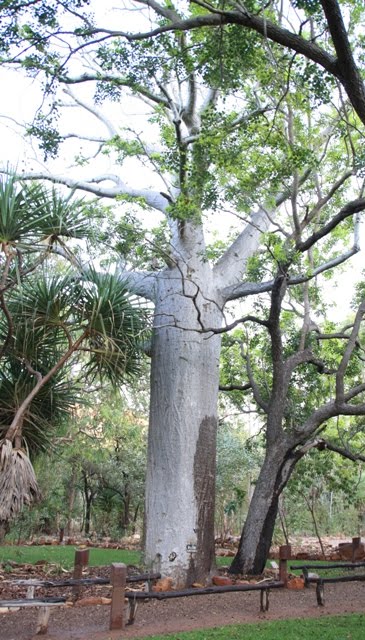 This Boab tree in the grounds of the resort is a little unusual as it has leaves and is growing near a eucalyptus tree, which doesn't happen very often in the "bush". 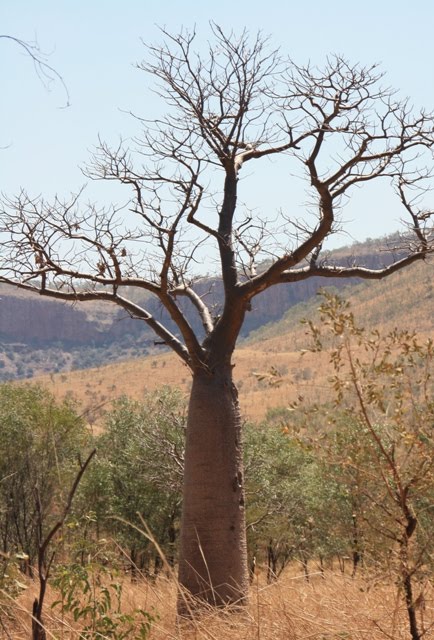 This is how they usually look in the countryside. They rarely have leaves unless it has access to a lot of water. Here is an aboriginal legend as to why they don't have leaves:

"When the tree God created the Boab Tree it was to be the most beautiful of all trees in the universe, with the most beautiful flowers and bearing the juiciest fruit. But as the tree grew to maturity its flowers were mediocre and its fruit had a bad odour and tasted vile. The Tree God became so angry that he yanked the Boab out of the ground and slammed it back in the earth upside down and that is why today, when you see a Boab tree, it looks as if its roots are growing up in the air." 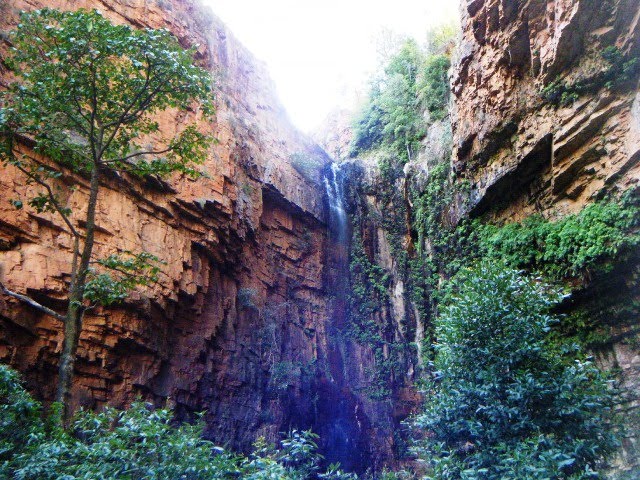 In the afternoon's free time most of us lazed around or in the pool but the strong fit ones went for a hike up to the Emma Gorge waterfall and pool. It was too hot for me, but Norma, Joe and Alan did the trek and Norma sent me these photos. 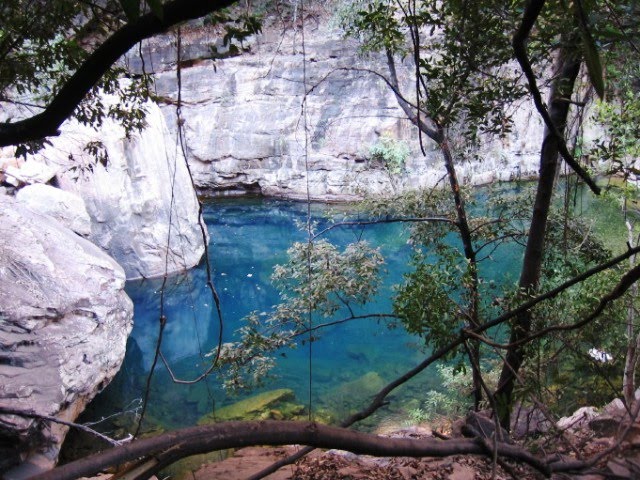 We cooled off here with the other members of the group. Chatting, drinking and relaxing. 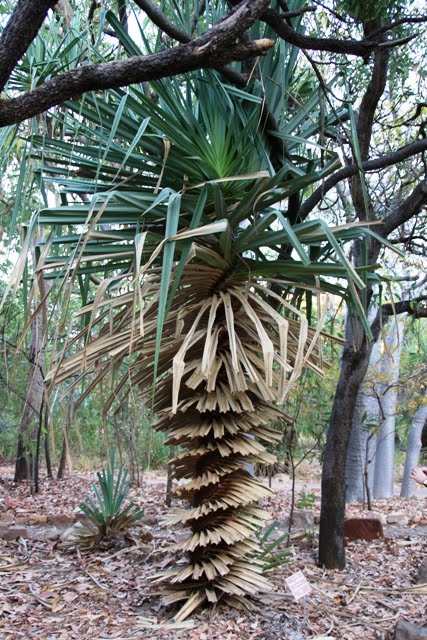 I spotted one of these unusual spiral palms in the grounds. 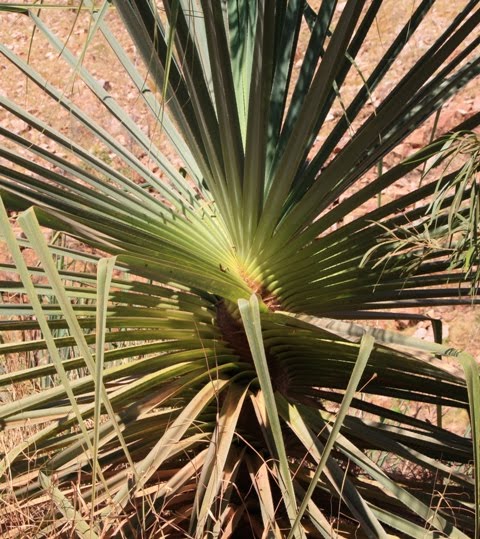 This is looking down on a baby one.

The next morning we were up early enough to see the sun rise on the nearby ranges. 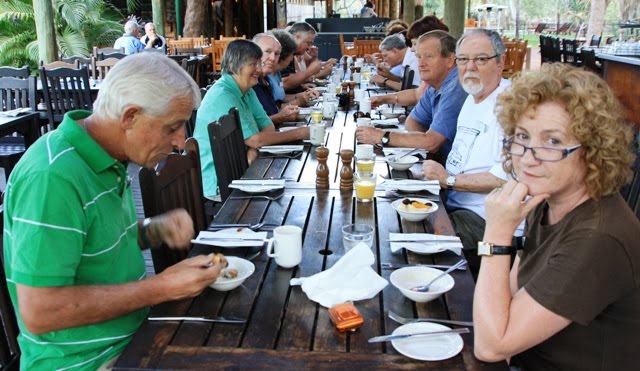 We had a delicious breakfast buffet in the open air restaurant. Joe and Norma , the waterfall climbers in front. 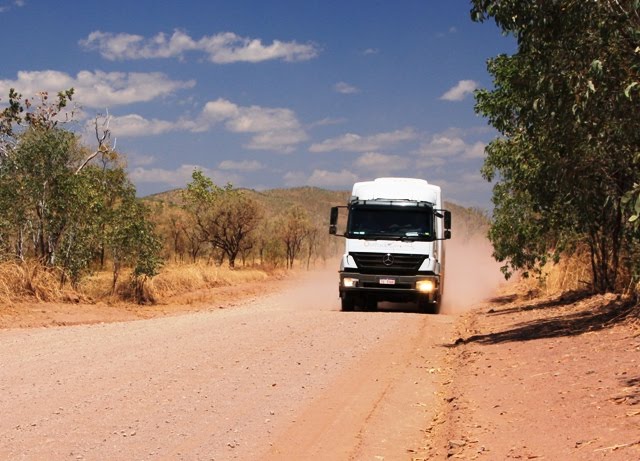 Then it was off to our next adventure.