Just as we left Emma Gorge we passed many small aircraft on the local airstrip. They belonged to participants of "the Outback Air Race" they were raising money for the Flying Doctor Service.

Then we drove north to Wyndham. It is an old port town in Cambridge Gulf on the north coast.

There is nothing much here but we went to "The Five River's Lookout", where we could see over the flood plain and where 5 rivers empty into the gulf. 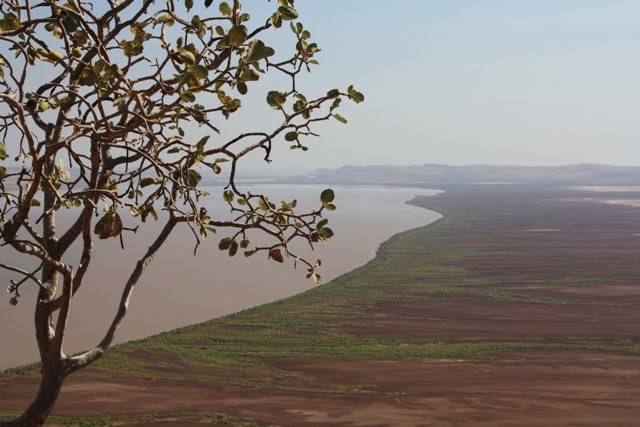 Then we drove south towards Kununurra and "the Ord River Scheme"

We drove over Ivanhoe Crossing and saw crocodiles. 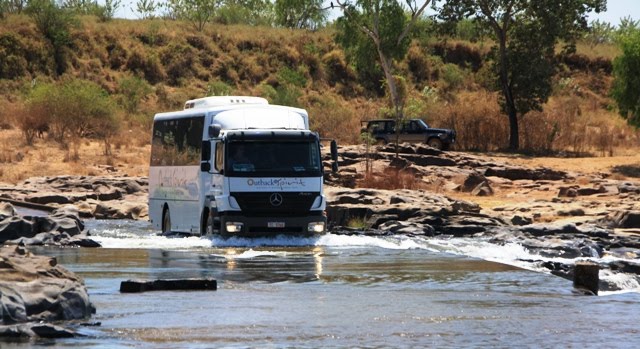 We stopped at the "Durack Homestead Museum". The house used to belong to the Durack family, famous pioneering pastoralists. They owned many properties all over Australia. Their property in this area was flooded when the huge Ord River Dam was built. This house was moved stone by stone and rebuilt as it was in the 1800's. 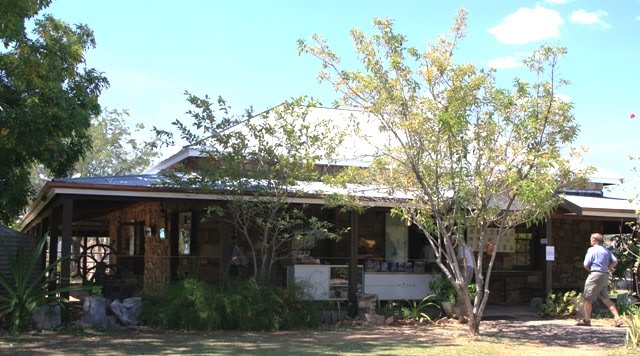 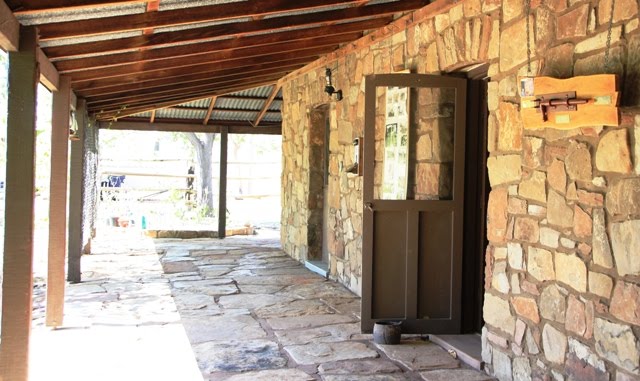 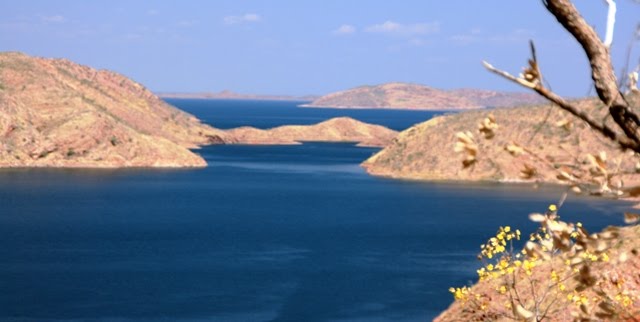 The Ord River Irrigation Scheme was investigated in the 40's. In the 50's experimental agriculture started. In 70's the huge Ord River Dam was built creating Lake Argyle. The original rice crops failed because huge flocks of Magpie Geese ate all the seed. Now fruit, vegetables and Sandalwood is grown. 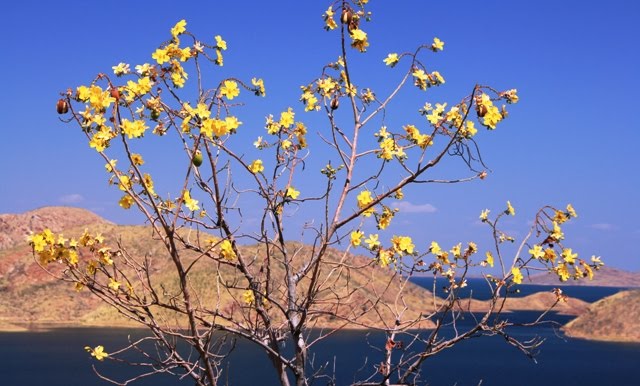 The Kapok Tree (Cochlospermum fraseri) is native to Western Australia and the Northern Territory. It doesn't look the same as the South American Tree or the Kapok Bush. 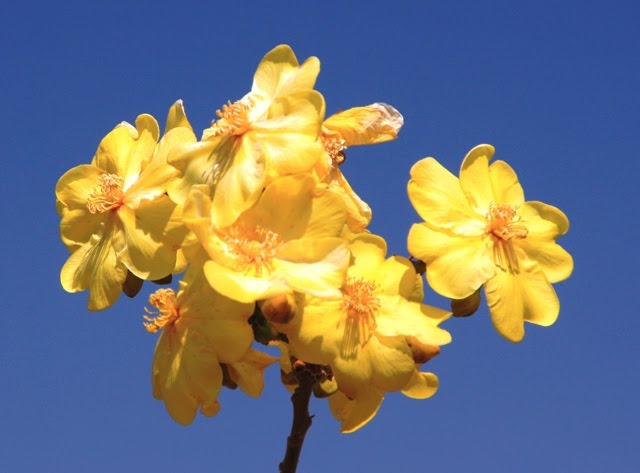 It has a beautiful bright yellow flower and Kapok pods. The Aboriginals use the leaves and roots for medicinal healing of skin problems. They use the fibres for kindling fires. 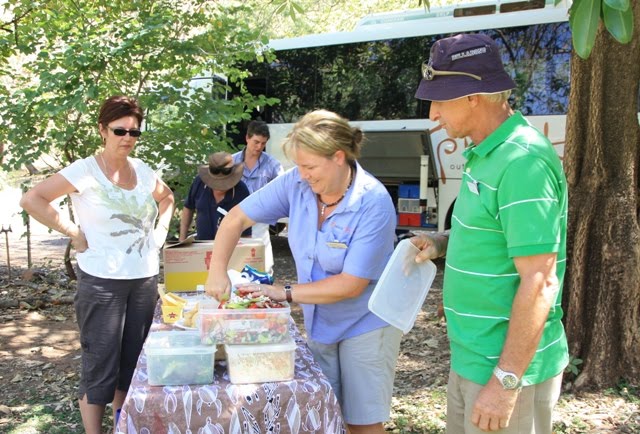 Before we set off on a cruise down the Ord River Kim and Ben made us a delicious picnic lunch of Quiche and salad. 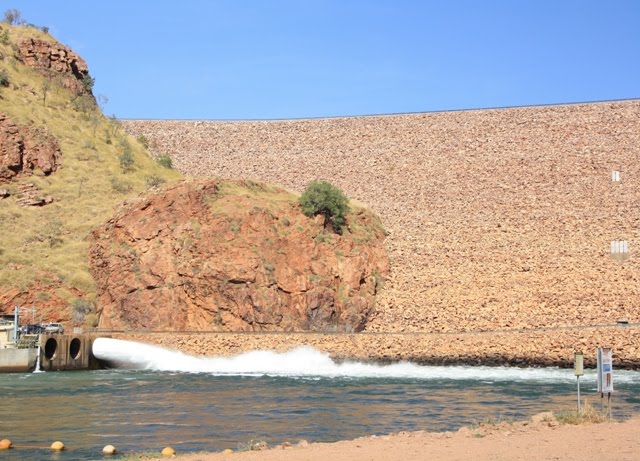 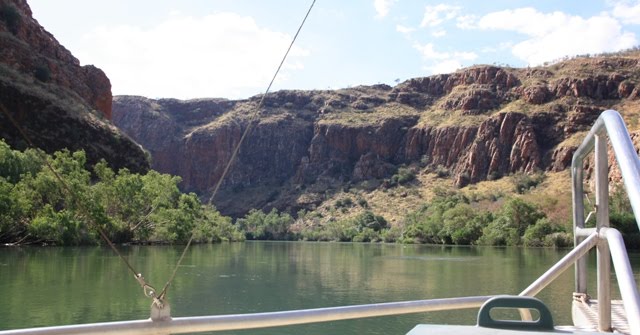 We boarded a cruise to go 60km to Kununurra. It was a fast boat but the driver stopped to now and then to tell us about the wildlife, geology and history of the area.

It went really fast and zoomed around bends and through little rapids. It was fun. 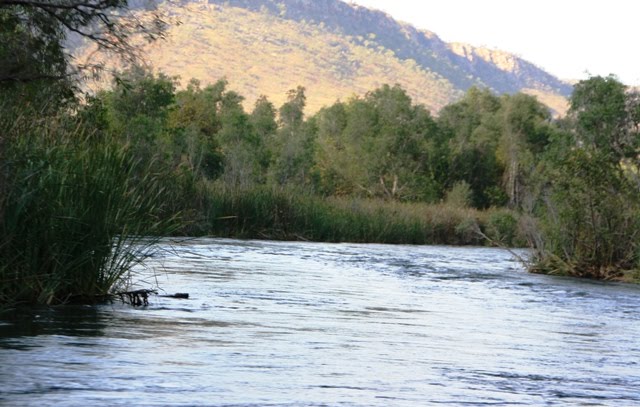 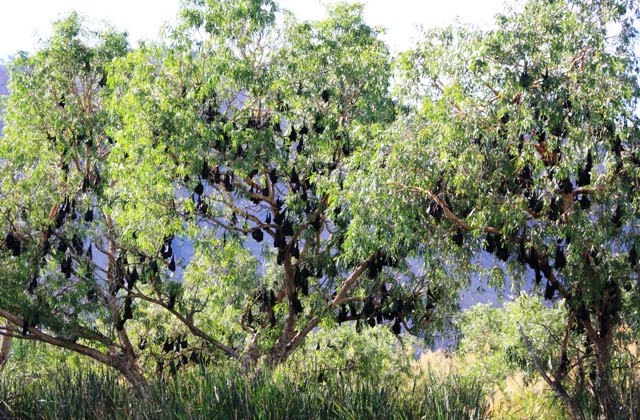 We stopped to look at a colony of bats. The trees are full of them. 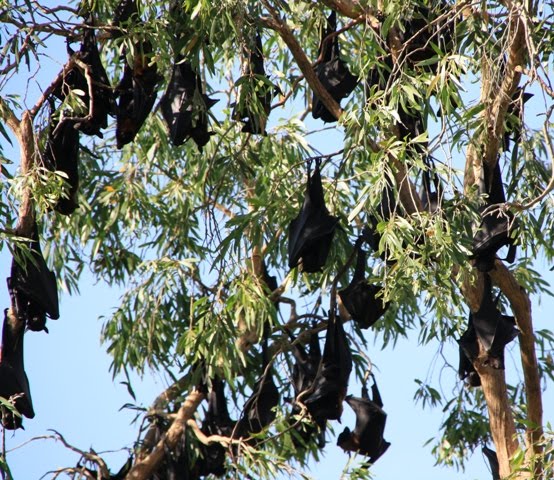 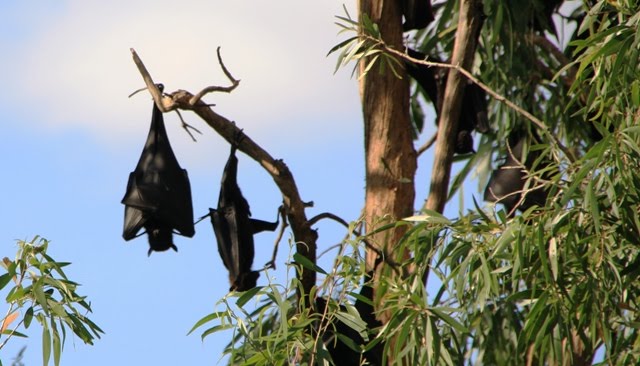 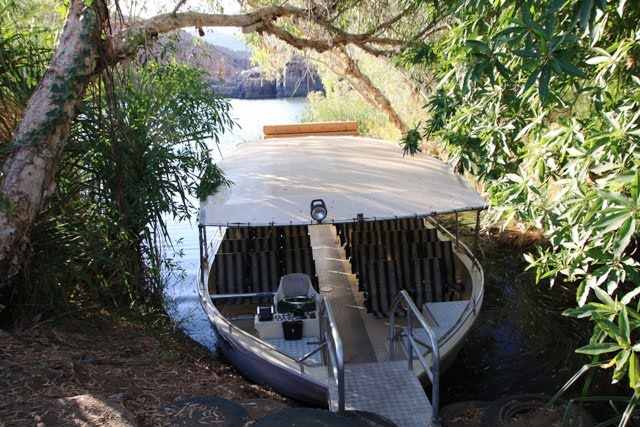 We stopped at a picnic spot for afternoon tea

Then enjoyed the sunset as we neared Kununurra, where we stayed the night in a modern Resort. 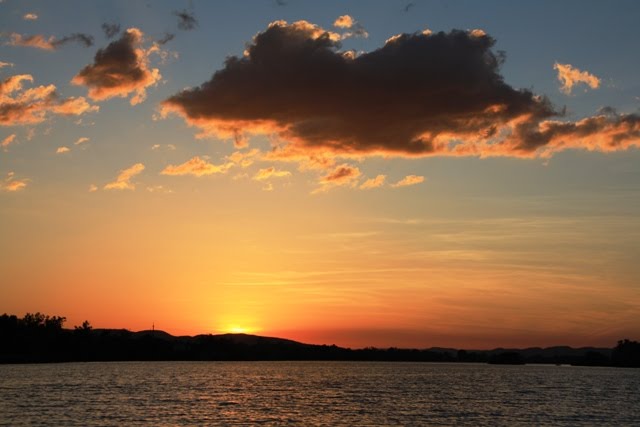 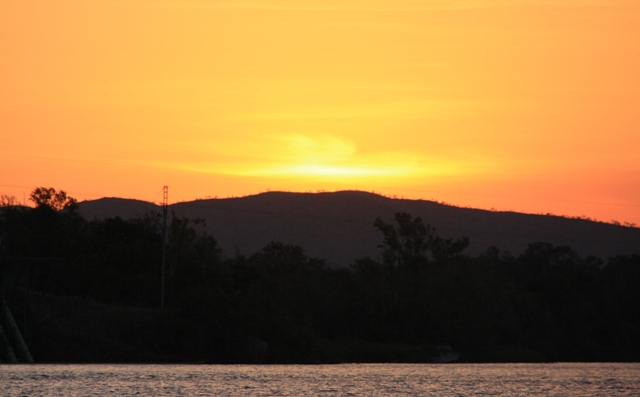 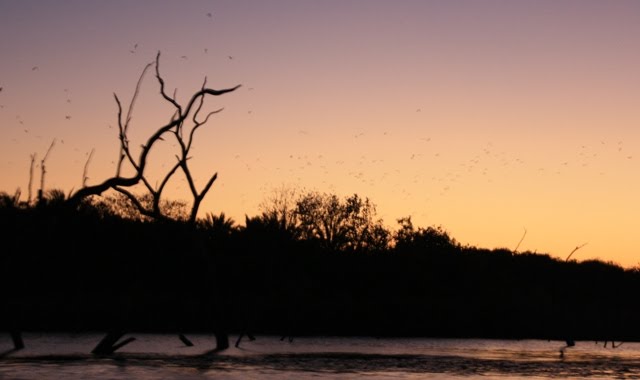 At dusk the bats take flight. There were hundreds of them. They look like little black dots in the photo. 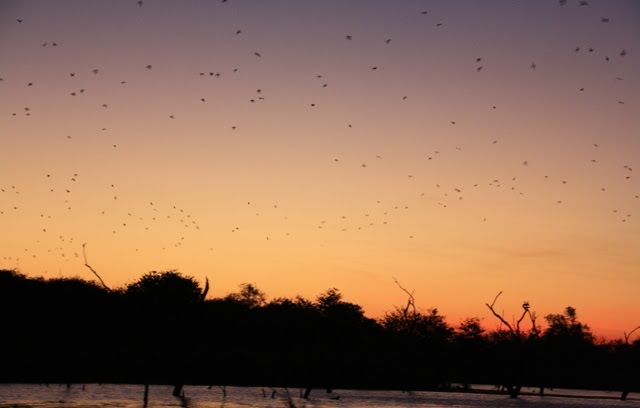 To experience a fast ride down the Ord River in W.A. see Bill's video HERE

View Emma Gorge to Kununrra in a larger map