The next morning we left Derby and headed towards Windjana National Park on the Gibb River Road. We stopped on the way for morning tea provided by our tour guides, Ben and Kim. (Very few shops in the outback) and very warm outside the bus but OK in the shade. 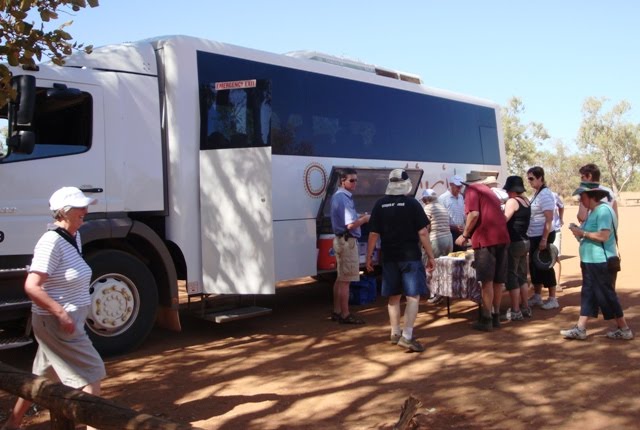 The Windjana Gorge has been carved through an ancient reef. During the Devonian period, 350 million years ago, this area was under the sea and the range was a reef. 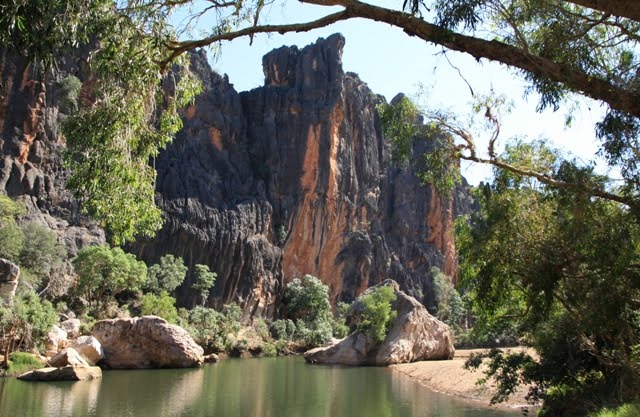 There were fresh water crocodiles. We were assured that they are shy and wouldn't attack if we didn't disturb them. 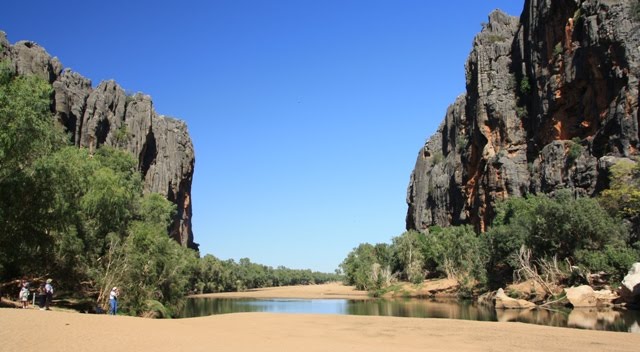 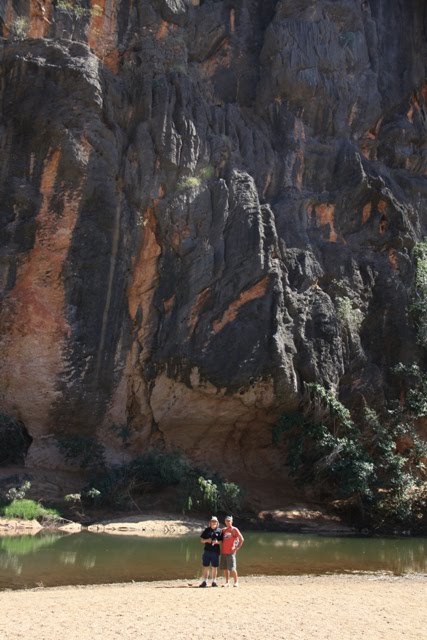 Bill and Joe are dwarfed by the cliffs of the old reef. 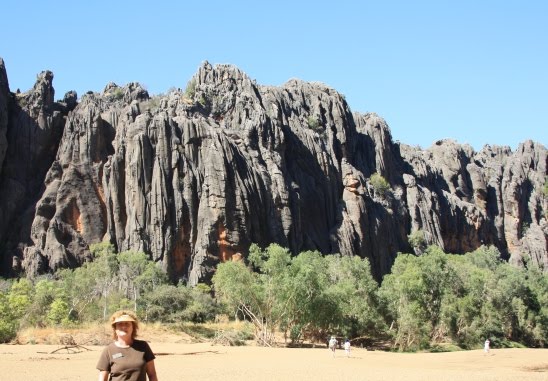 The other side of the gorge with Norma in the foreground. 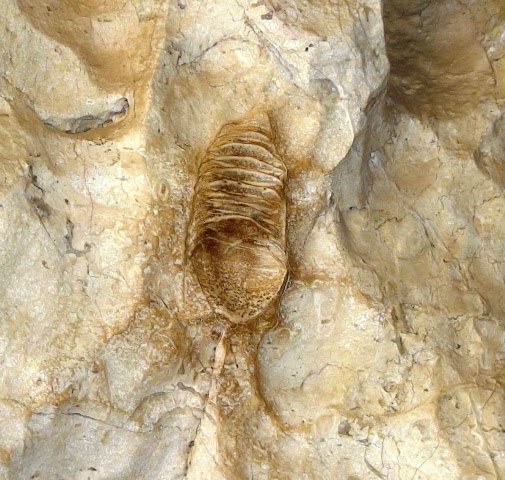 Fossil of ancient sea life in the walls of the cliffs. 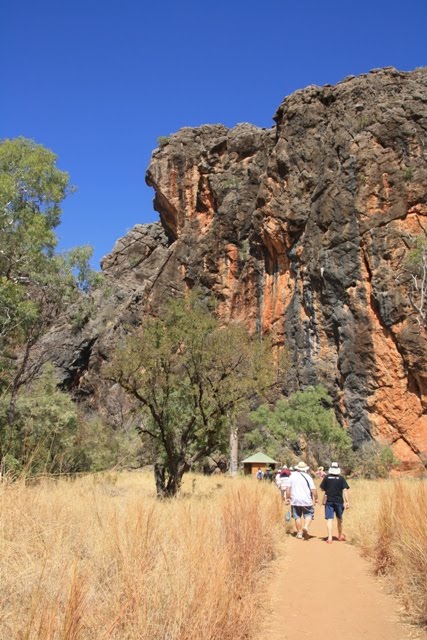 We drove on to Tunnel Creek National Park, where we had to don shoes for walking through water and arm ourselves with a torch. We follow our guide, Ben, to an opening in the cliff. 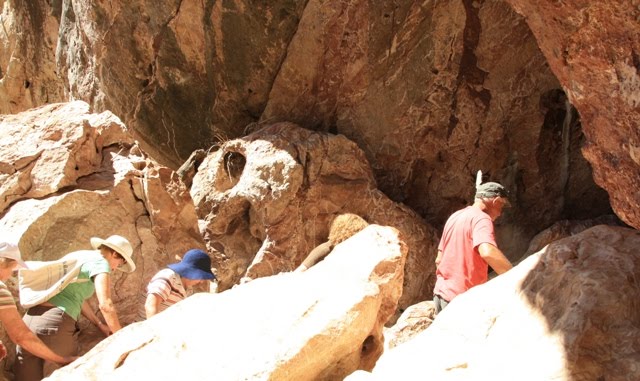 We scramble over some rocks and enter a huge cavernous tunnel with a creek running through it. 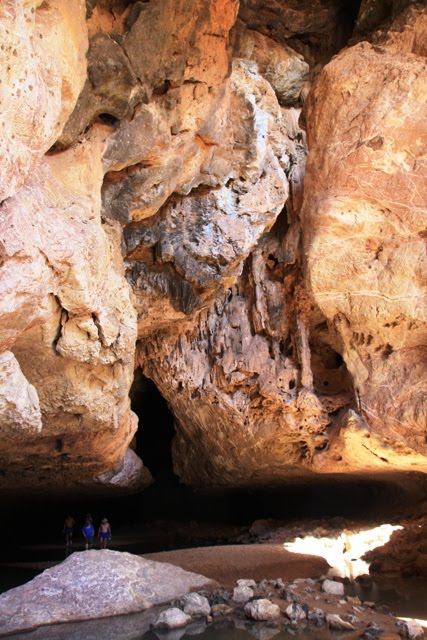 We wade through water and enter the bowels of the earth. 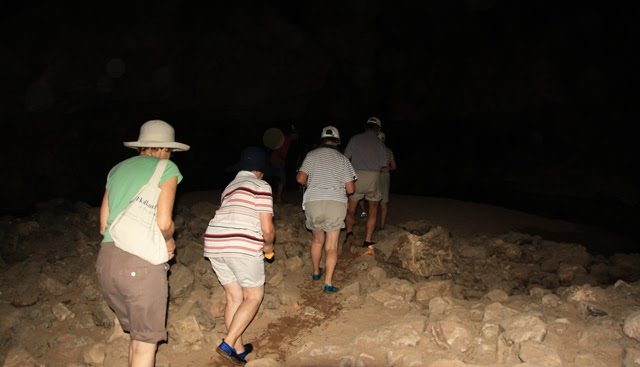 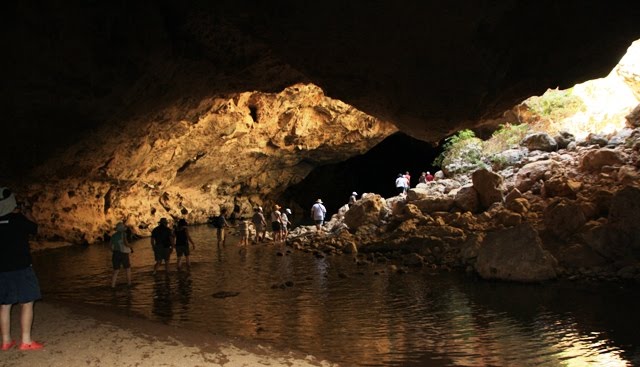 ...half way there is a natural skylight where the roof has collapsed. By now Bill's feet were hurting badly. He was wearing a new pair of bright orange crocs with the strap at the back (see in left corner). The coarse sand on the bottom of the creek had lodged between the top of his foot and the shoe and was rubbing his skin like emery paper. 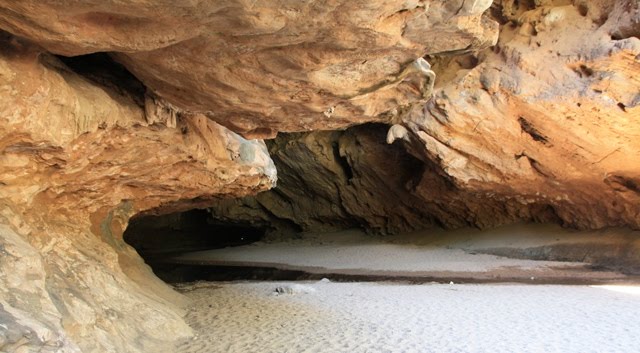 He soldiered on until the "light at the end of the tunnel." He took off the shoes and Ben, the tour guide put on some plasters. Everyone suggested putting the shoe strap at the front so he could easily wash out the sand on the return trip. We were a bit slower than the others going back and I lost sight of the group and we wandered into a deeper part of the creek. Then my torch lit up a huge eel swimming past my legs and I got the creeps but soon Ben came to the rescue and guided us to the shallows and we caught up. It was an exciting and wondrous experience.

Kim had prepared lunch for us and then we drove on to the town of Fitzroy Crossing and out to Geikie Gorge. 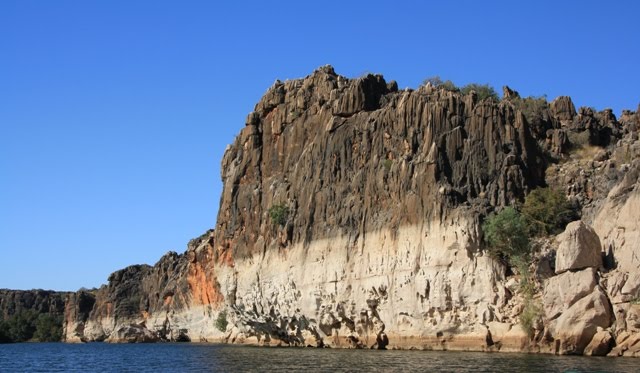 The Fitzroy River has gouged a 30m deep gorge through the ancient limestone reefs. In the wet season huge volumes of water flow through the gorge to the coast 1000k. away. The white markings are where the flood waters and sunlight have bleached the rock. 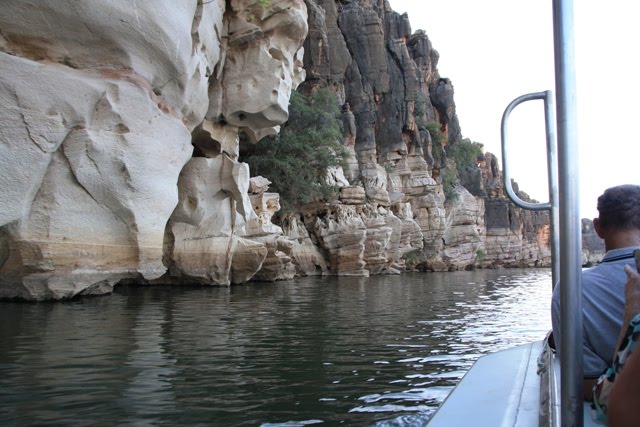 We floated along this beautiful gorge in an open boat. The colours and rock formations were exotic. 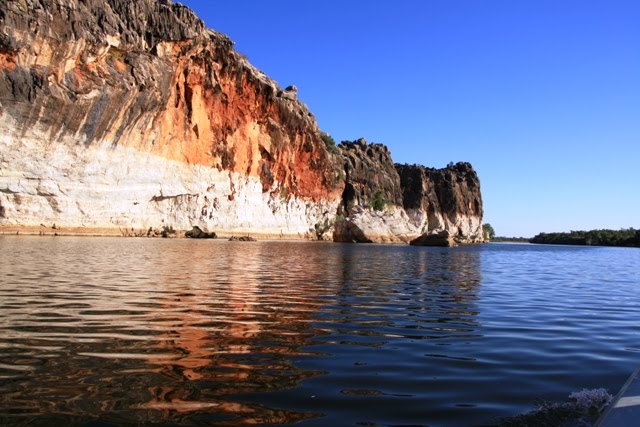 There was a big incentive not to fall overboard........ 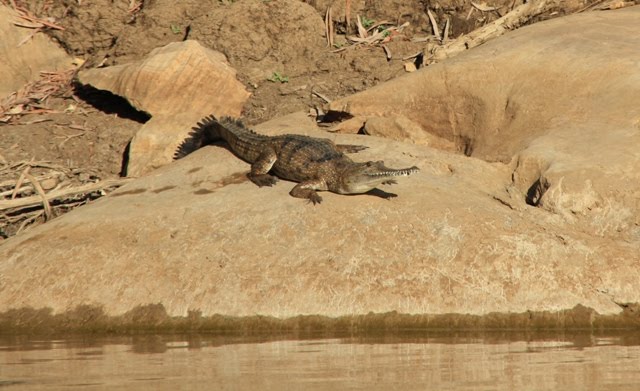 You can see more of my crocodile photos HERE. 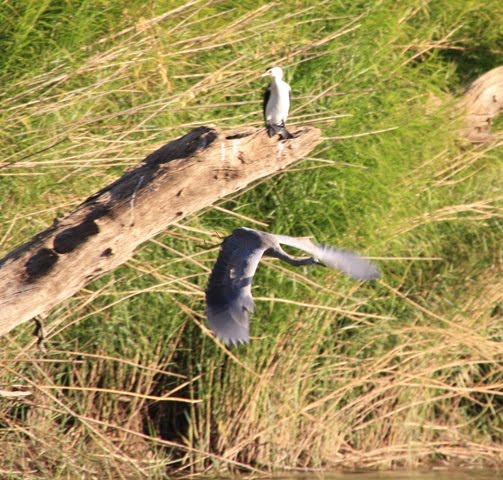 Lots of bird life too.

Then we returned to Fitzroy Crossing to spend the night there after a big exciting day. The resort is built up high to keep above flood waters in "The Wet." 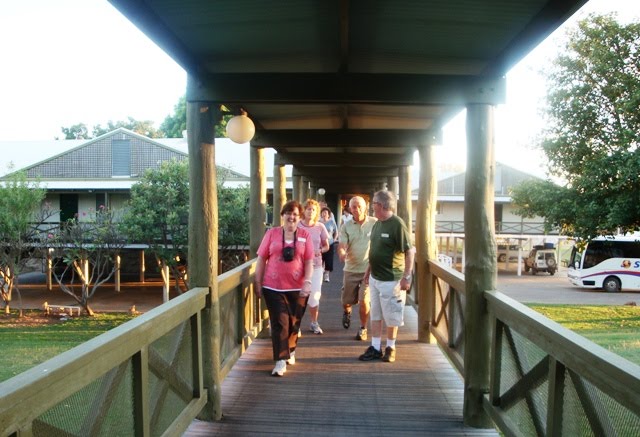 Our very happy group head off to dinner.

For a better look inside the tunnel see Bill's video HERE

View Kimberley and Top End in a larger map