"WHO'S BEEN SITTING IN MY CHAIR?"

Today we were very fortunate to be invited for a private tour of the new ABC (Australian Broadcasting Corporation) building. A friend that I used to teach with recently married the chief engineer of the ABC in Queensland and he kindly offered to show us around the new building. 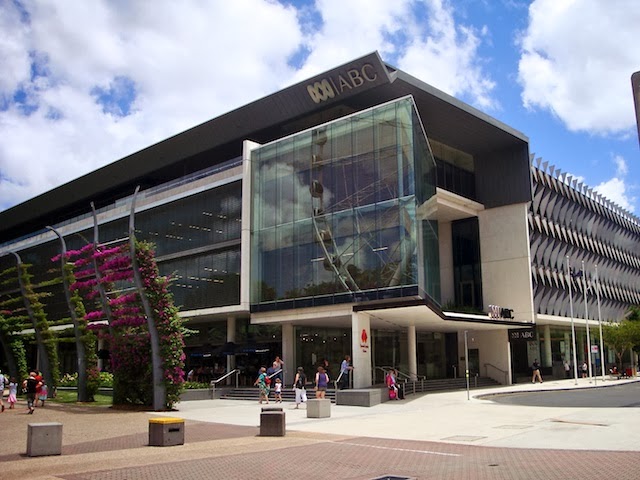 For many years the ABC in Qld was housed in a cramped old building in Toowong. Many announcers and workers contracted cancer while working there. A new building was needed. After much controversy between the political parties this beautiful building was built on a piece of prime real estate in the city. The architect company was  Richard Kirk Architects. 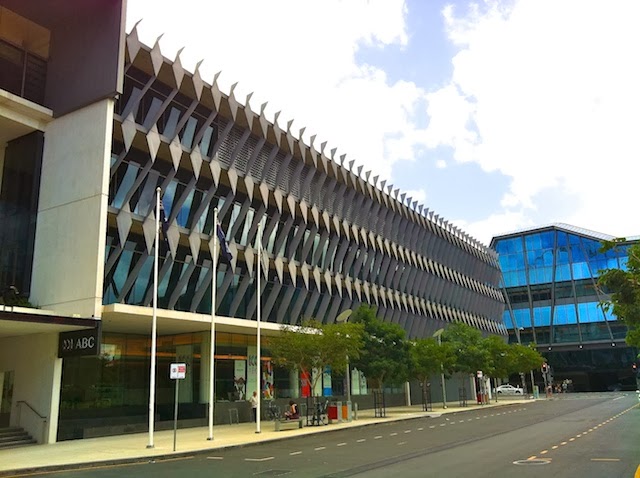 It is at South Bank between the Conservatory of Music and QPAC (Queensland Perfoming Arts Centre.) The blue building behind the ABC is the Convention Centre. 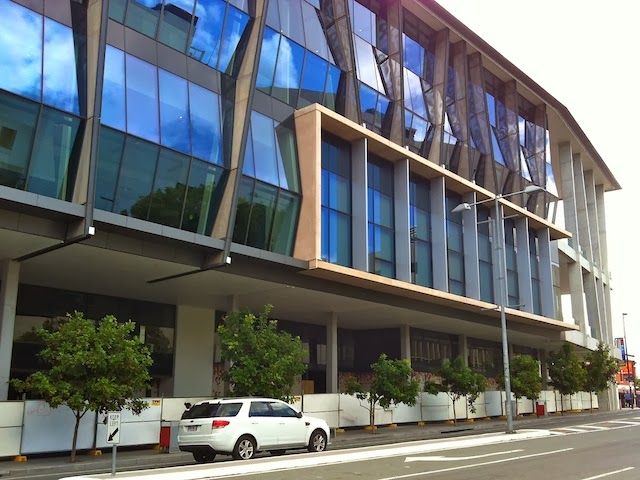 The G-20 meeting will be held here in the Convention Centre in November. There is still building modification going on behind the white barricade. 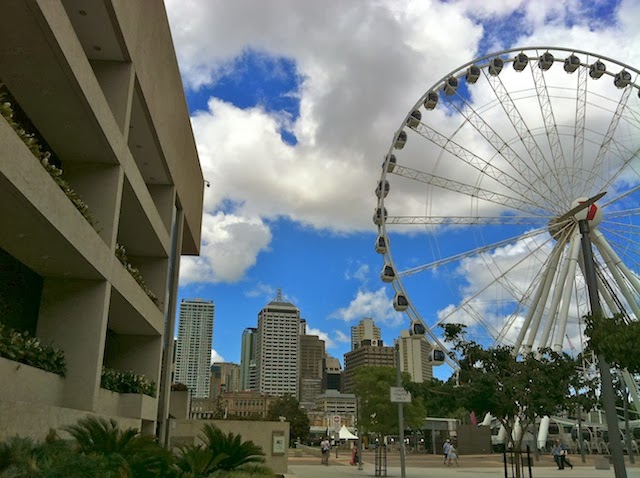 When I turn around looking from the front of the ABC The CBD is across the river. The Brisbane wheel on the right and QPAC on the left. 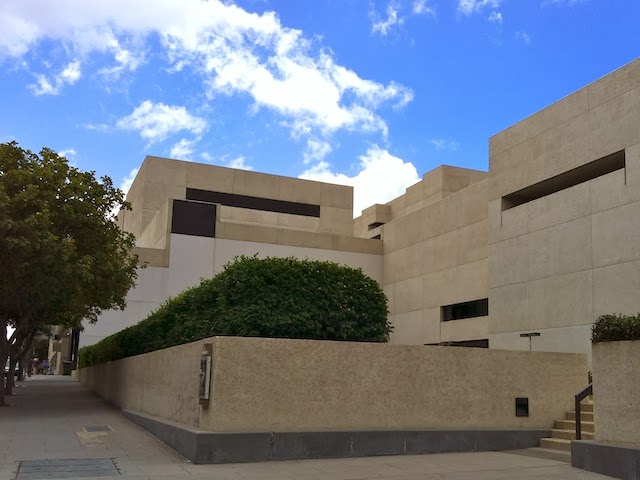 The back side of QPAC. I know it looks like a concrete bunker from this angle but it grows on you after a few years. 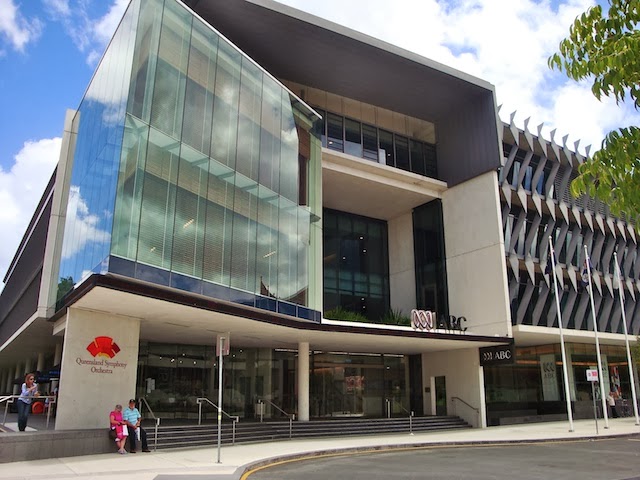 Now it was time to go inside the ABC building which also houses the Queensland Symphony Orchestra. 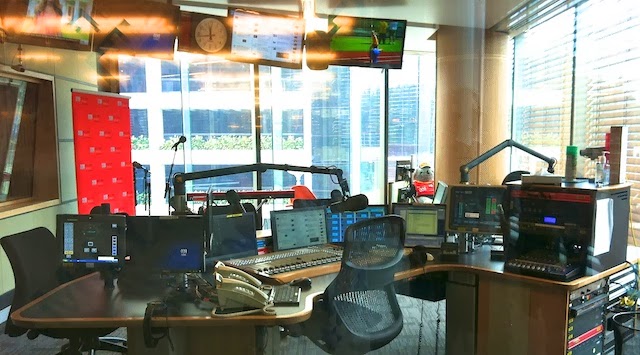 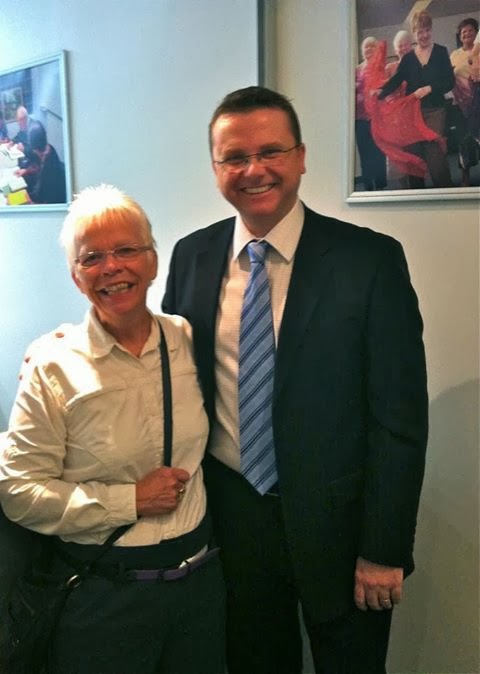 Last year I was lucky enough to meet Spencer at a U3A meeting where he was the guest speaker. 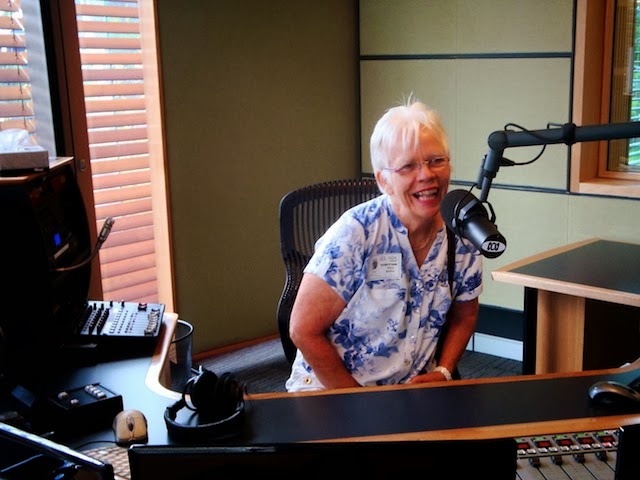 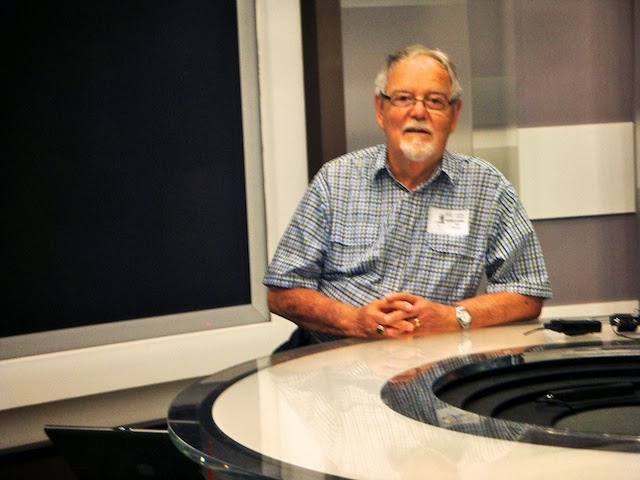 while TOH tried out the TV news reader's chair. He loved the tour as he used to be an announcer on Radio 4EB (Ethnic Broadcasting) back in the 80's.See here
Posted by diane b