In January 1963 I was starting my second year at ASOPA (Australian School of Pacific Administration) where I was studying to be a teacher for the Territory of Papua/New Guinea. I had shared a flat with my brother and SIL during 1962 but they were returning to TPNG in1963 so I needed to find new digs and a new flat mate. My friend Val, who I met at ASOPA, was also needing a new place. However, she had returned home to Broken Hill for Christmas and the end of year break so I went hunting for a place for us to live close to ASOPA. 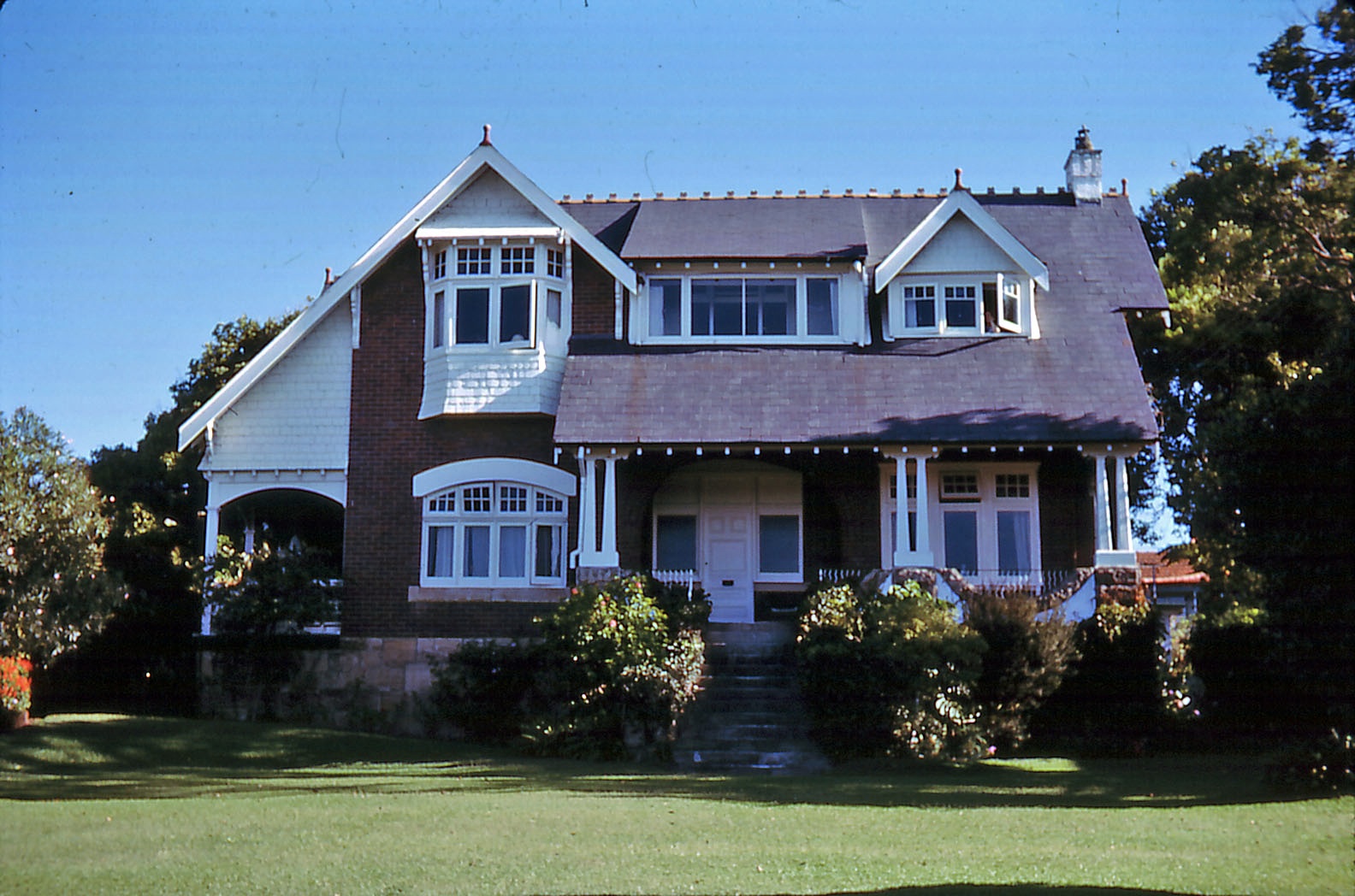 I found this lovely old house which had been converted into 5 flats inside for 10 girls. It was a girls only place. The landlord and his wife lived downstairs. I shouldn't call them flats. We had one big room  with two beds and a dressing table and a small desk to share. We shared a bathroom and the kitchen downstairs was divided into 5 cubicles where we could cook and eat our meals. It sounds pretty awful when I describe it now but back then when young and first years away from home we rather enjoyed it. Luckily, Val and I got on well and we are still friends today even though she lives in South Australia. The big advantage was it was only a few bus stops away from ASOPA and it was a fairly easy walk too. Our room was upstairs on the right with the window open. Val is waving from the window.

Every Friday evening I would go home to Loftus a southern suburb of Sydney for the weekend. It took me two hours on public transport. I would stuff an overnight bag full of my dirty washing for the week, and squeeze in any books that I needed for assignments and catch a bus to the ferry station. Then it was a pleasant glide across the harbour to Circular Quay, where I would catch a train to Sutherland and either change trains for Loftus or ring my Dad to come and pick me up. No mobiles then. I would use a public telephone and hoped that it hadn't been vandalised. If I didn't have change I would yell down the ear piece and my Dad could hear me. Later I used a code of three rings and then Dad knew to come and get me. My darling Mum did my washing for me while I either studied or went out playing hockey, or having fun with my friends and going dancing with my Italian boyfriend. 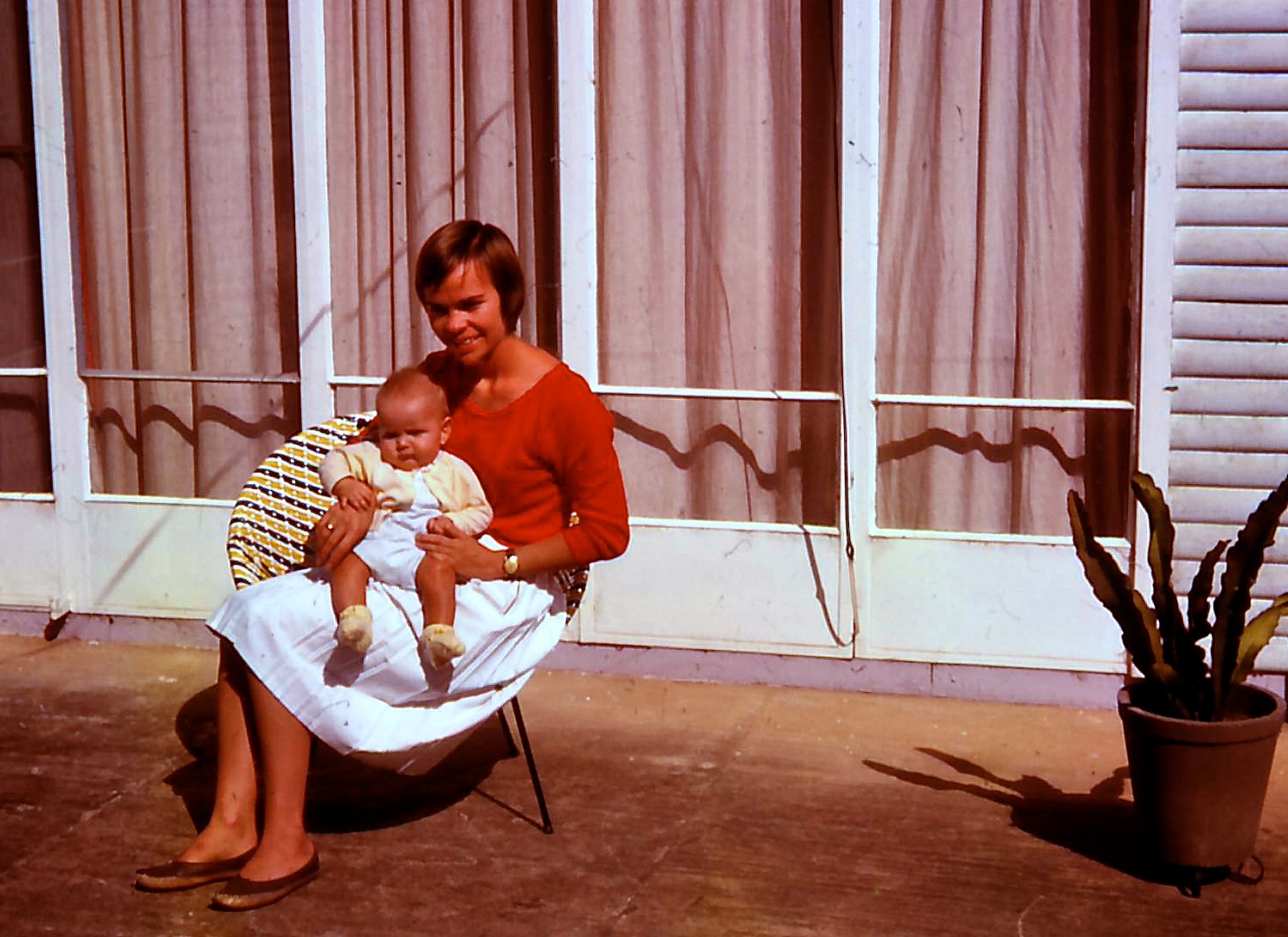 One weekend my brother and his family came to visit to say goodbye as they had to return to work in TPNG. I had one last cuddle of my little nephew Michael. 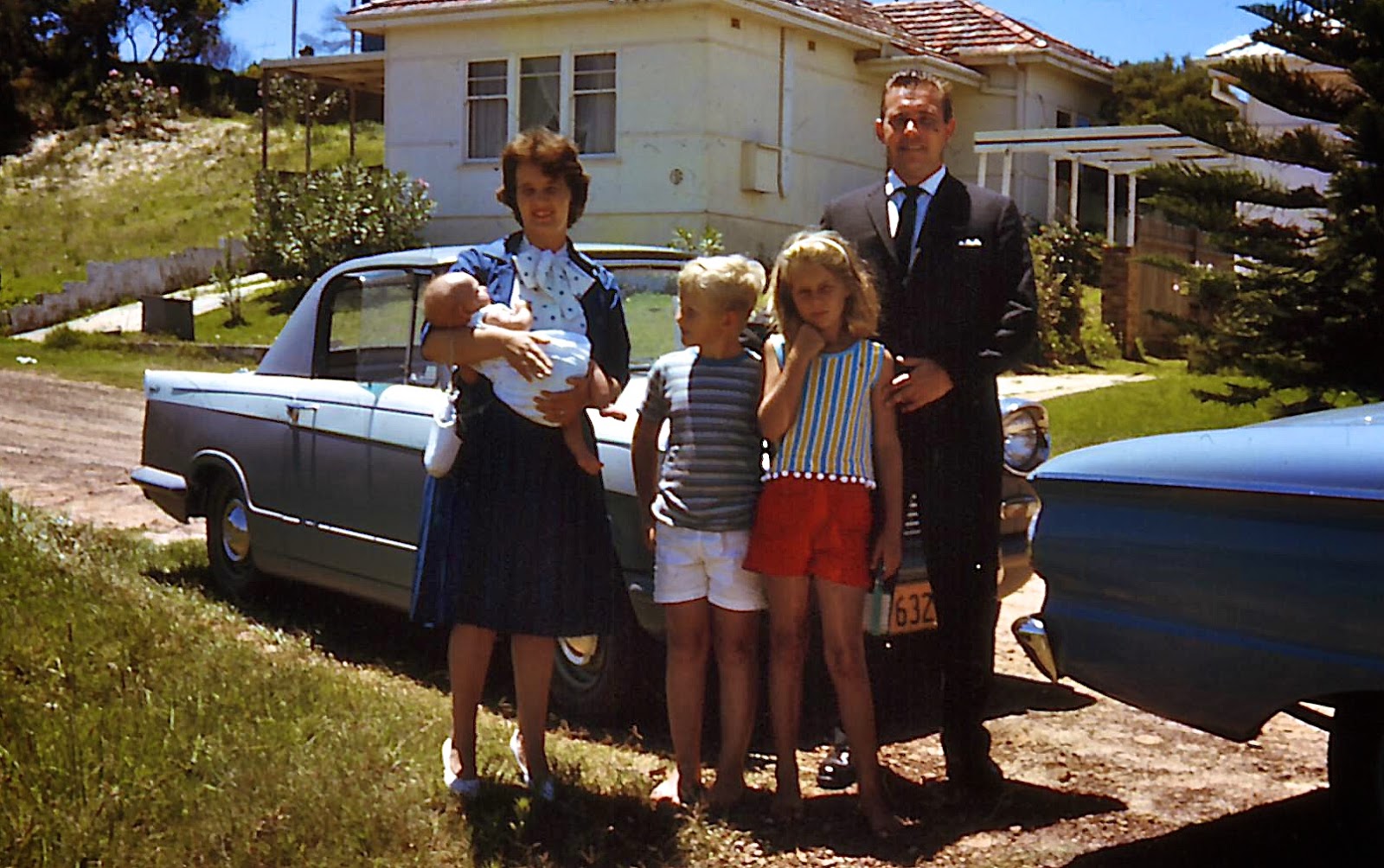 I also got to meet Ann's other two children (from a previous marriage) Liz and David. Today, Michael lives in the Caribbean, David lives in Victoria, Aus. and Liz lives in England. 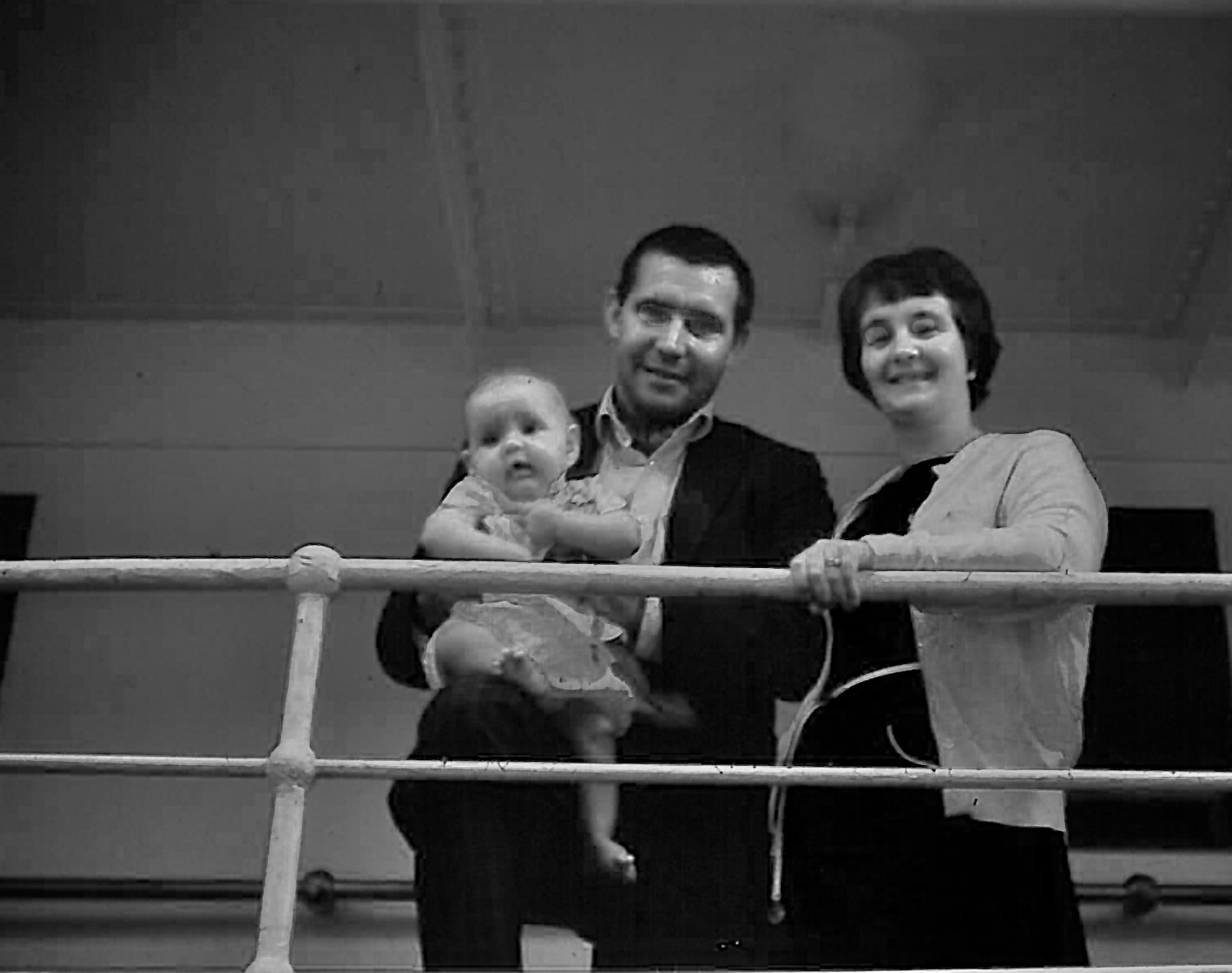 My brother, David, Ann and Michael returned to TPNG by ship. Liz and David lived with their father during school term and with David and Ann during school holidays.
Posted by diane b