At long last I had been accepted into teacher's college in 1962 at ASOPA (Australian School of Pacific Administration) where we were trained to teach in the Territory of Papua/New Guinea or the Northern Territory. We studied the same subjects as the NSW teachers' colleges but with extra subjects to help us to understand about teaching native indigenous children and to understand their culture.

I really enjoyed my time at college. One of the fun things we did was go skiing in the term holidays. It took about six hours to get from Sydney to Falls Creek Ski Resort camp. We hitched rides with the students who were lucky enough to have cars. Now I had bought a colour slide camera, which were all the rage for the next 10 years. So now I have boxes and boxes of slides to sort and scan. So here are some from our ski trip in 1962. 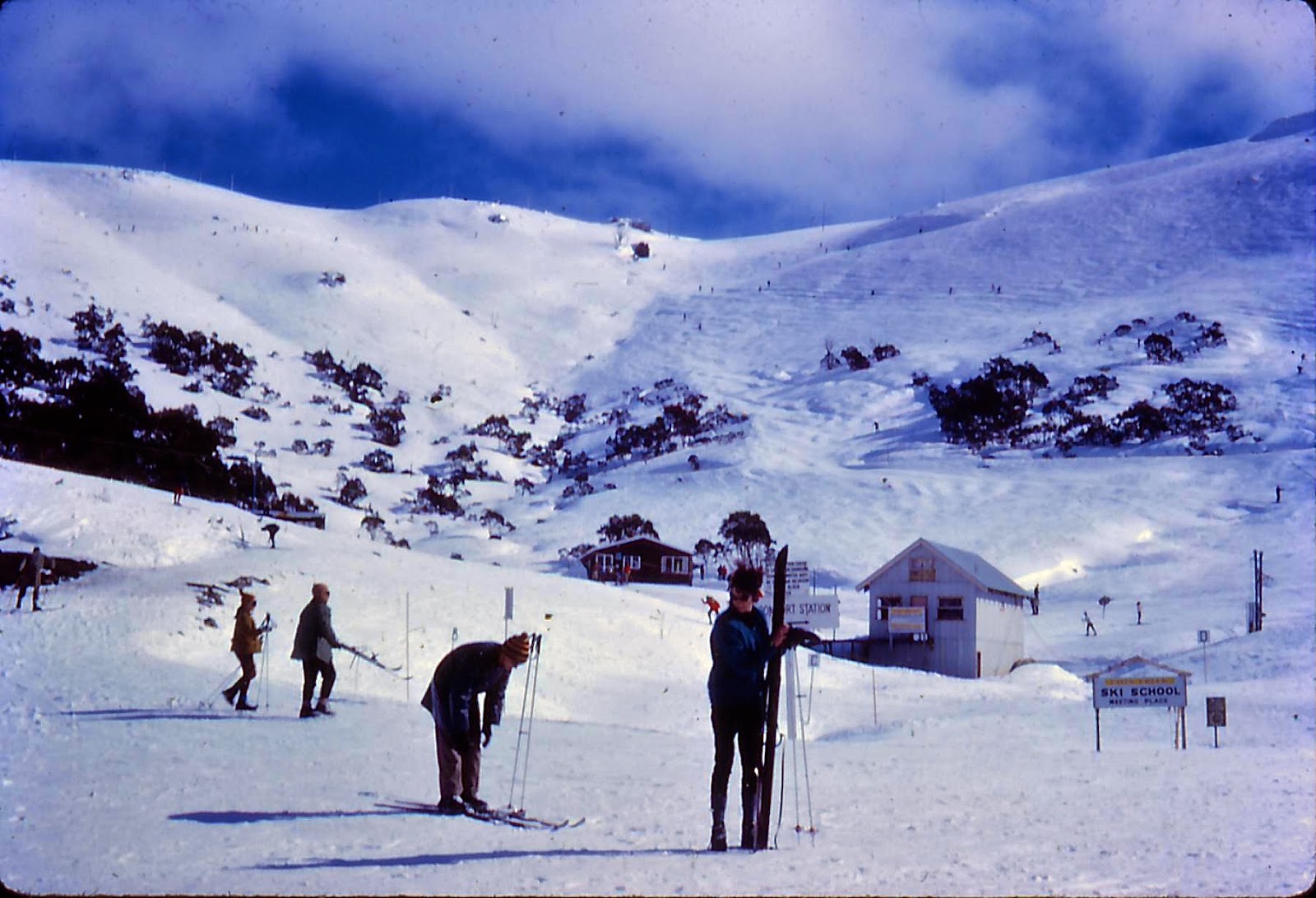 In those days Falls Creek only had one T-Bar lift and one tow rope. Today it is a posh resort with many lifts and runs. Many students had never seen snow or skied before, which resulted in some hilarious moments. I could ski a little from the times I went with my high school. Not many of us had proper ski outfits and even those were nothing like today's high tech ski clothes. 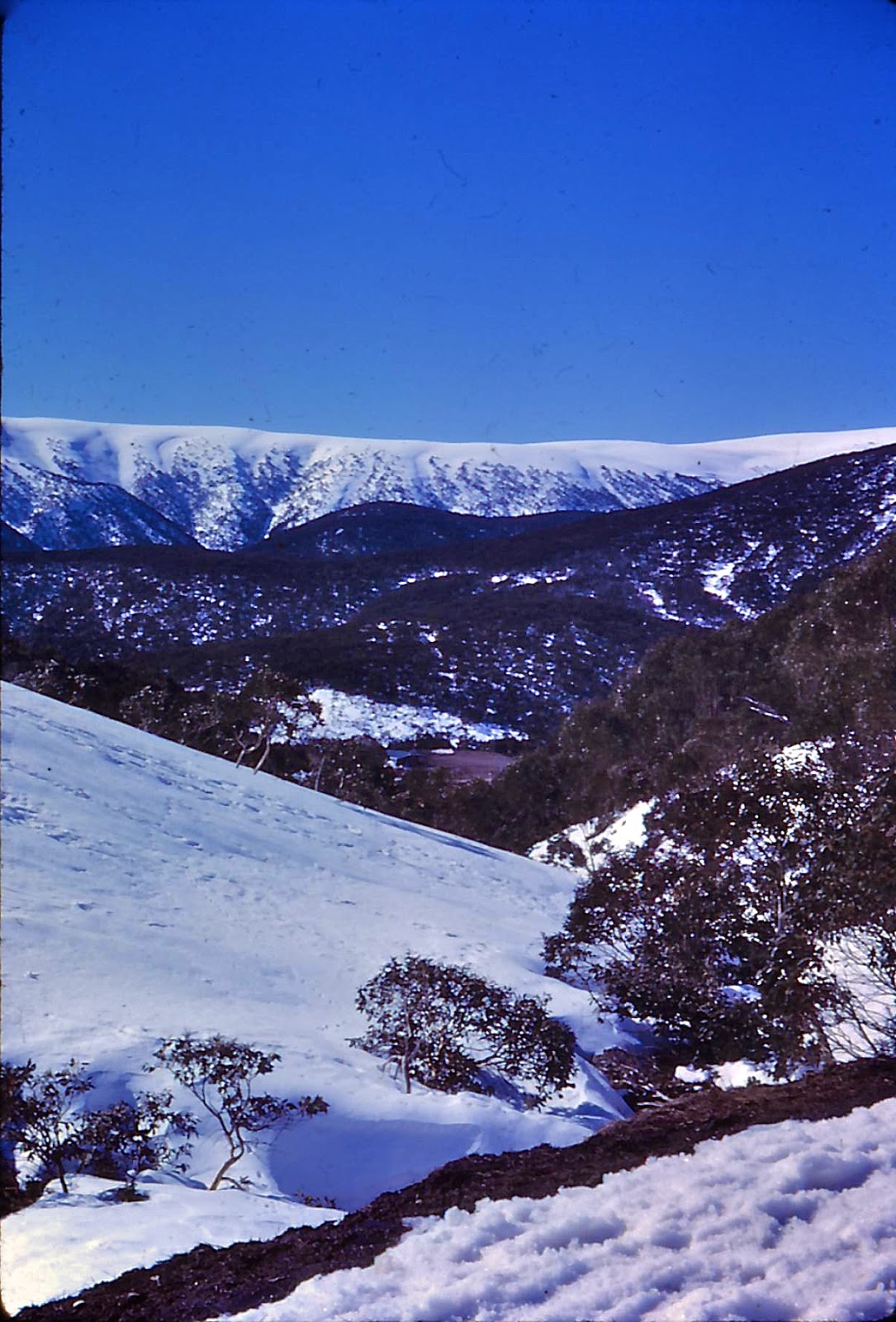 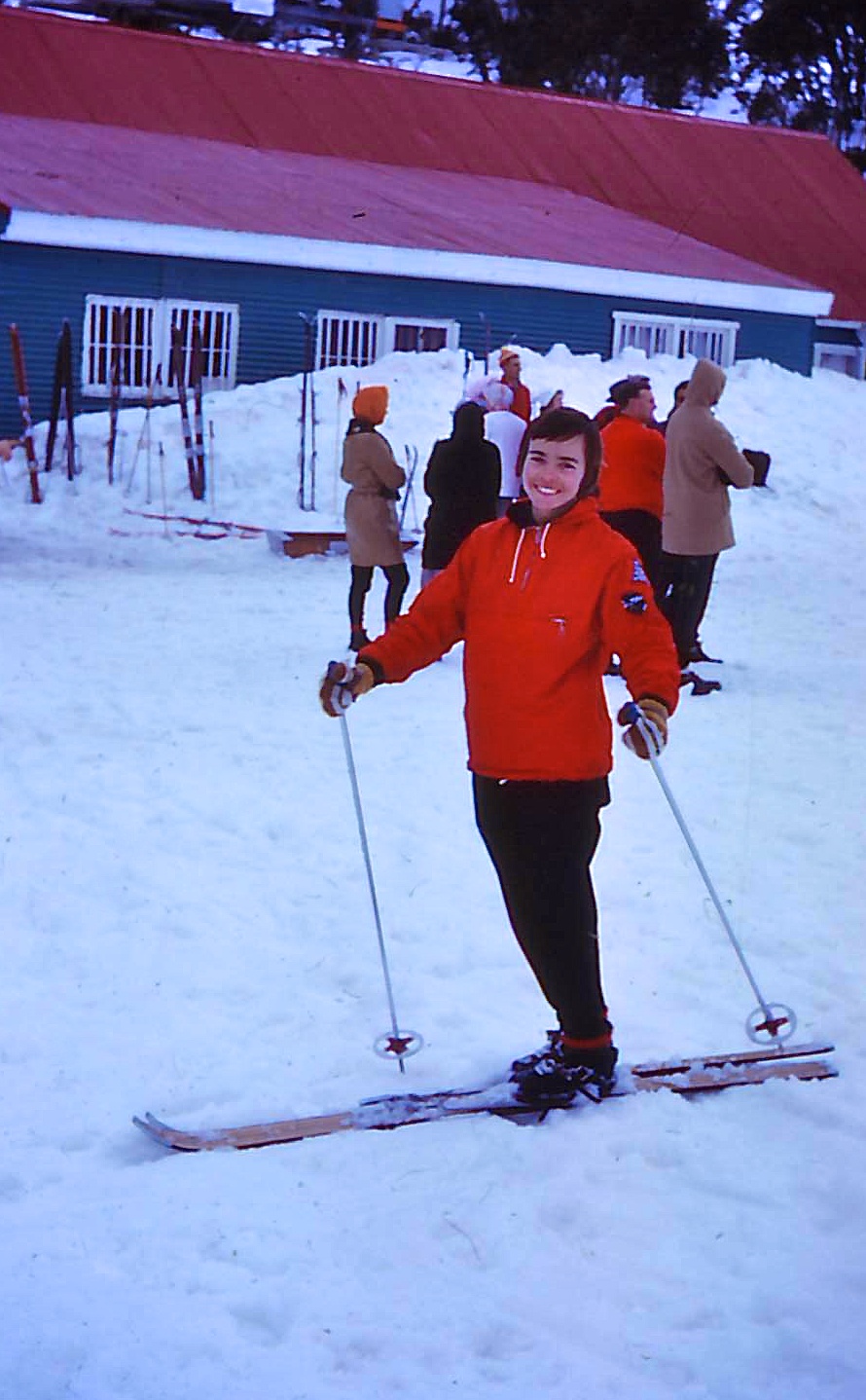 This is the view I had from outside the lodge overlooking the car park in the middle of the shot. We had to carry our bags from there up the hill to the lodge. I was glad that I had packed a light back pack. 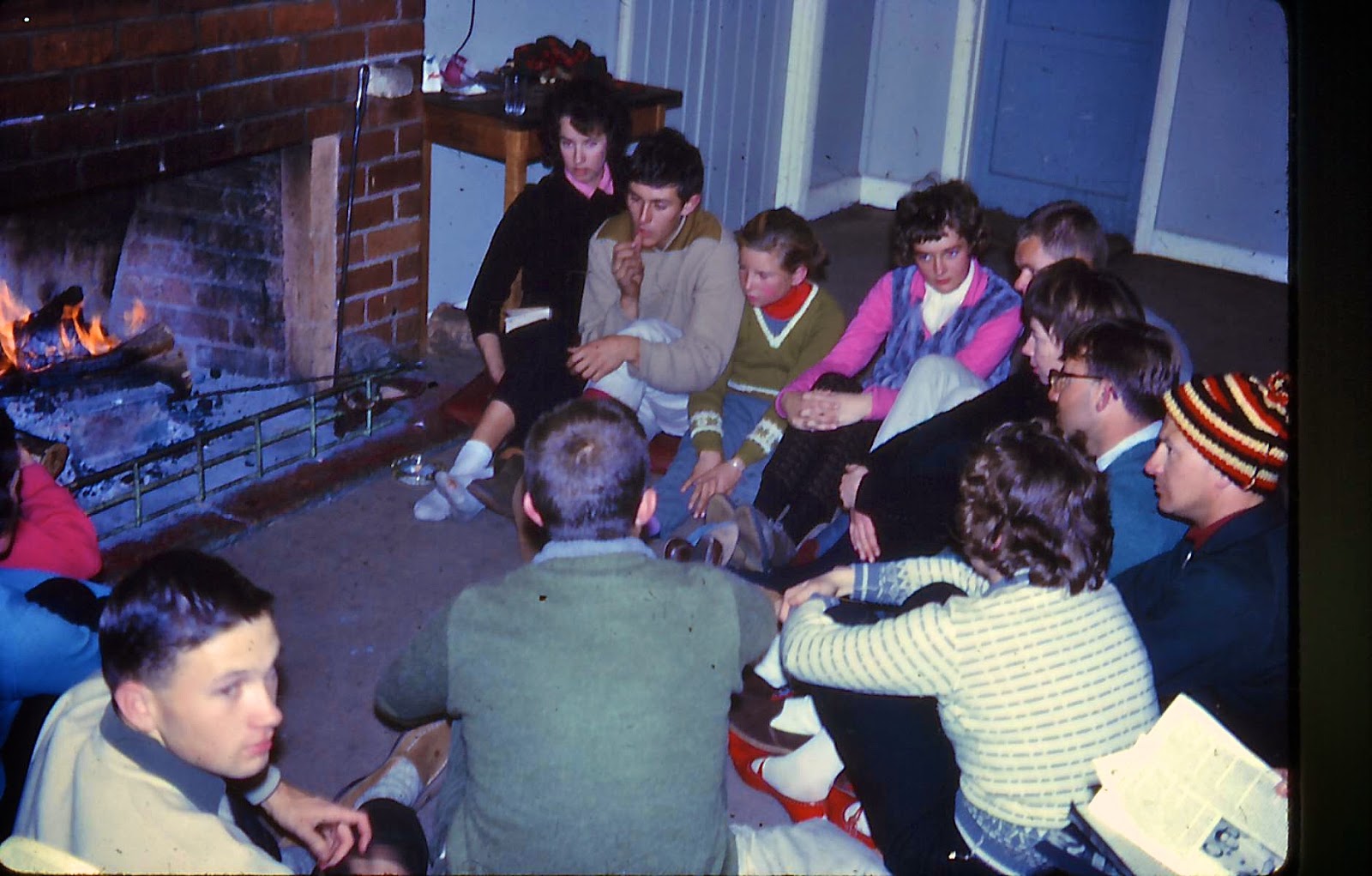 After cooking our own dinner in a communal kitchen we played games in front of the fire.