At the age of 21, I had butterflies in my tummy, sweaty palms and tears in my eyes as I kissed my parents goodbye at Sydney airport for my first flight in an aeroplane to an unknown destination in a strange country. It was Nov. 1963 and I had completed my teacher training course except for one more session of Practice Teaching which would take place in the Territory of Papua and New Guinea.

The small Vickers Viscount plane was full of ASOPA Cadet Education Officers heading for a life in the hot, humid tropical jungles of TPNG. There was much laughter, joking and excited chatter as we climbed into the night sky heading north. I was a little nervous of flying and apprehensive of what lay ahead for me in the next 3 years of bonded work away from home. 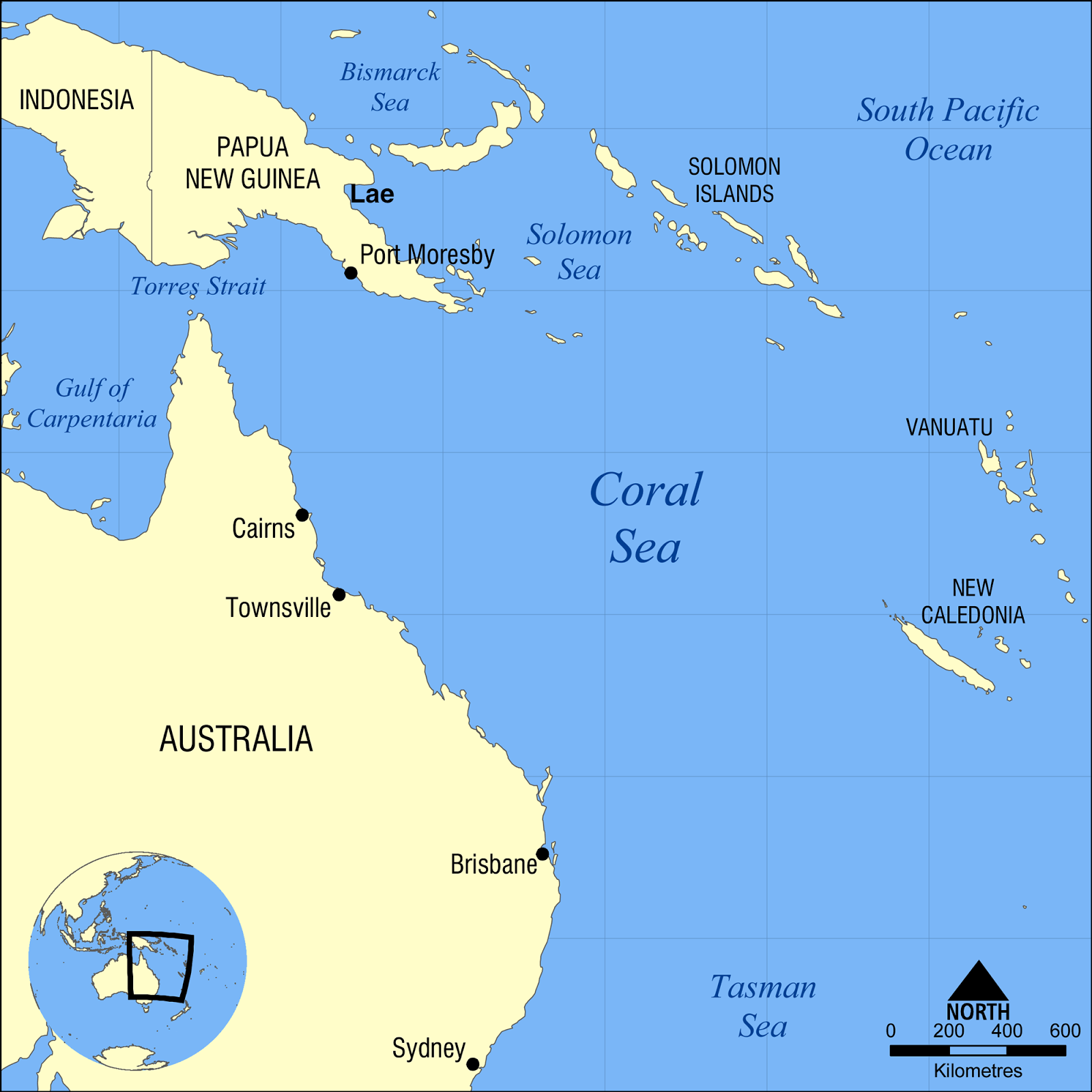 PNG had a variety of  rulers in its past. Before WW1 the Dutch were in the western half of the island and the Germans had the northern quarter (New Guinea) and the British had the southern quarter (Papua) of the  eastern half of the island. After the war the British had all the eastern half but Australia did the administration.  In WW2 the Japanese took over New Guinea but the Australians hung on to Papua. There are volumes written about this awful struggle in the rain soaked, jungle clad mountains. One of the most famous occurred on the Kokoda Trail. After the war  Papua and New Guinea became a Territory of Australia. In 1969 Indonesia took control of Western New Guinea. In1975 eastern PNG became an independent country.

The little plane couldn't fly all the way non stop to Pt Moresby, the capital of PNG. It had to land in Cairns and refuel in the early hours of the still dark morning. The door of the plane opened and we had to walk down the steps and across the tarmac to the terminal. A blast of hot humid air hit us like a thick wall. It seemed hard to breathe. I had never felt temperatures like this before but knew it was going to get worse as we got closer to the equator.

Soon we were back on the plane heading for where??? We hadn't been told where we were going to be posted or where we were doing our Prac Teaching. However, there were quite a few lecturers on board with us and they were working there way around the students giving us the details of our postings. I secretly hoped that I wouldn't be sent to an isolated outpost but would get a place in one of the bigger towns. I really wasn't as adventurous as some of the other students who wanted to teach in small outposts in the jungle or on remote coastal villages.

Finally it was my turn as a lecturer found her way to my seat and with a troubled look apologised to me  about my posting. "We are really sorry to tell you that we can't send you into a village to teach native children because we had to fill a space in an A School (Administration School for expatriates) in Pt Moresby." She was happy to see that I wasn't too disappointed, in fact I was very happy to be teaching European kids an Australian curriculum as this would help me when I returned to teach in Australia one day.  However, I was being sent to Lae for Prac Teaching in native schools for the first few weeks then I would return to Pt Moresby to start work. (This is providing we had passed the exams we had just sat before leaving Australia and that our Prac Teaching results would be satisfactory, if not we would be sent back to Aus to do another year of study)


As morning dawned we were over the sea and soon coming into land in Pt Moresby. Pt Moresby sits in the shadow of the Owen Stanley Mountain Range. So it is not wet all year. It has a dry season and a wet season. 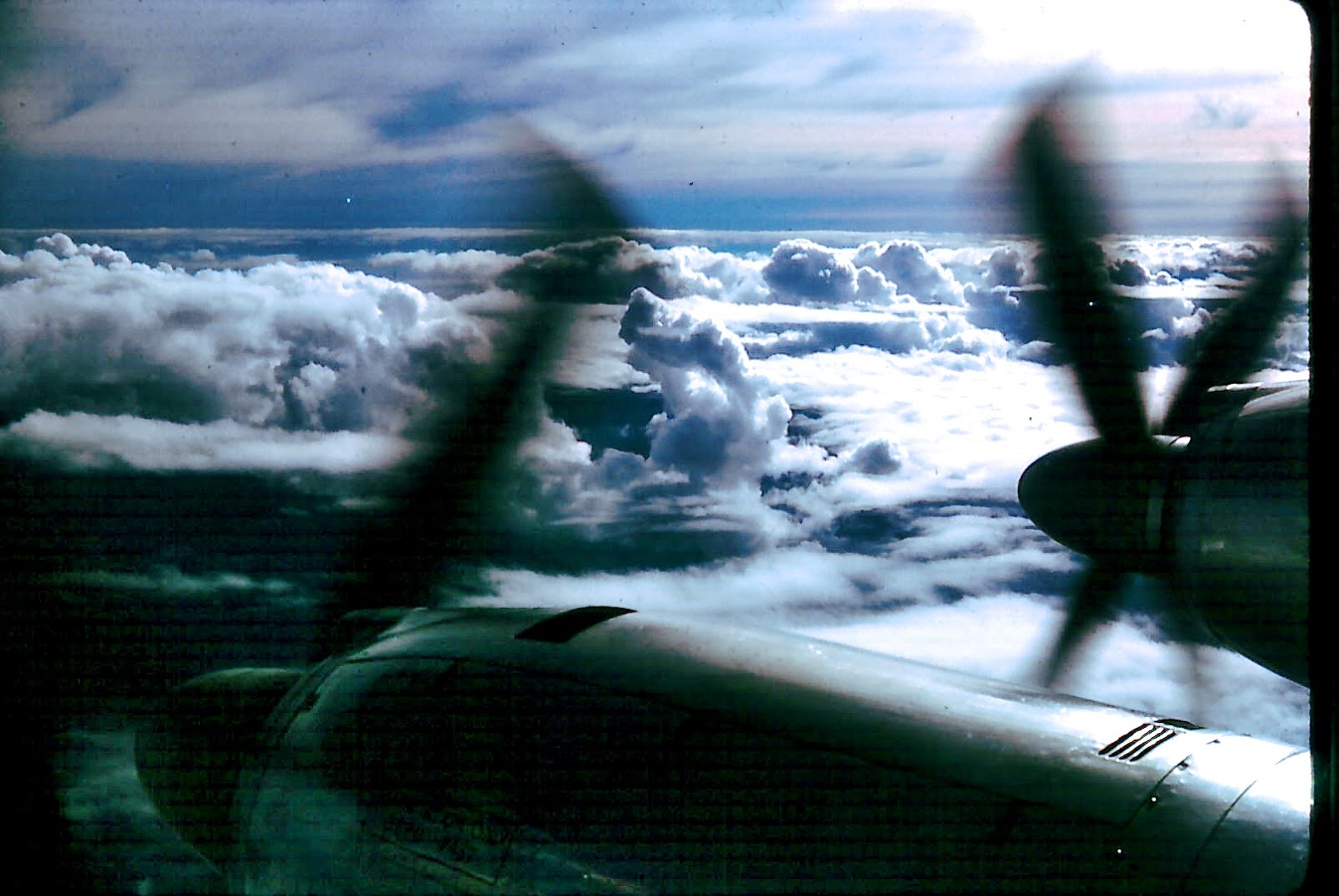 We were not at the airport long before I, together with some of the other female students, boarded the plane bound for Lae. Other students went to different towns for Prac Teaching. We flew over the huge mountain range which stretches from one end of the island to the other. PNG is the second largest island in the world after Greenland. Peaks reach 4,900m/16,000ft . Pilots need to be very good to negotiate the treacherous conditions of rugged mountain peaks hiding in the clouds and to ride out fierce tropical thunder storms. 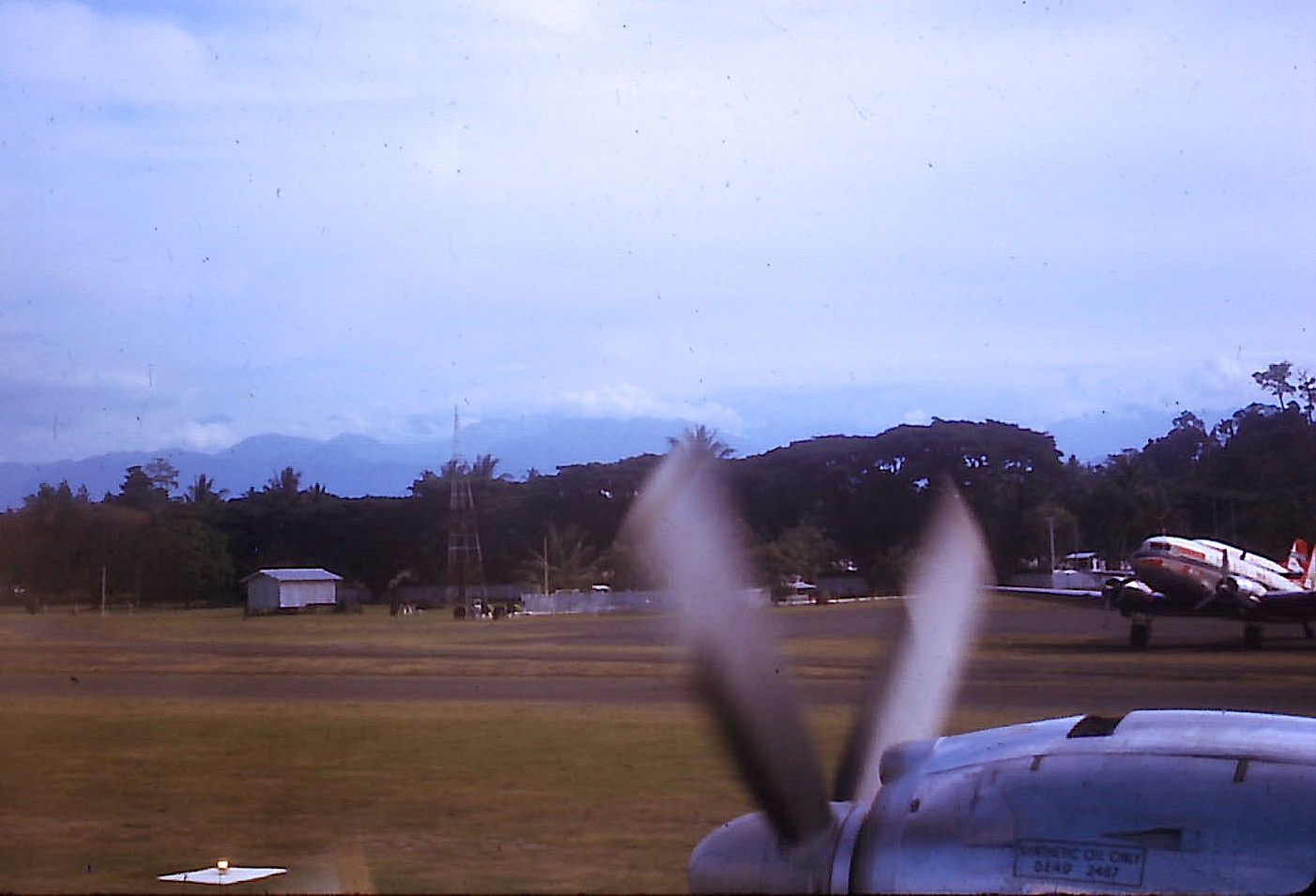 Finally the plane dropped over the mountains and landed at Lae on the northern coast of PNG. 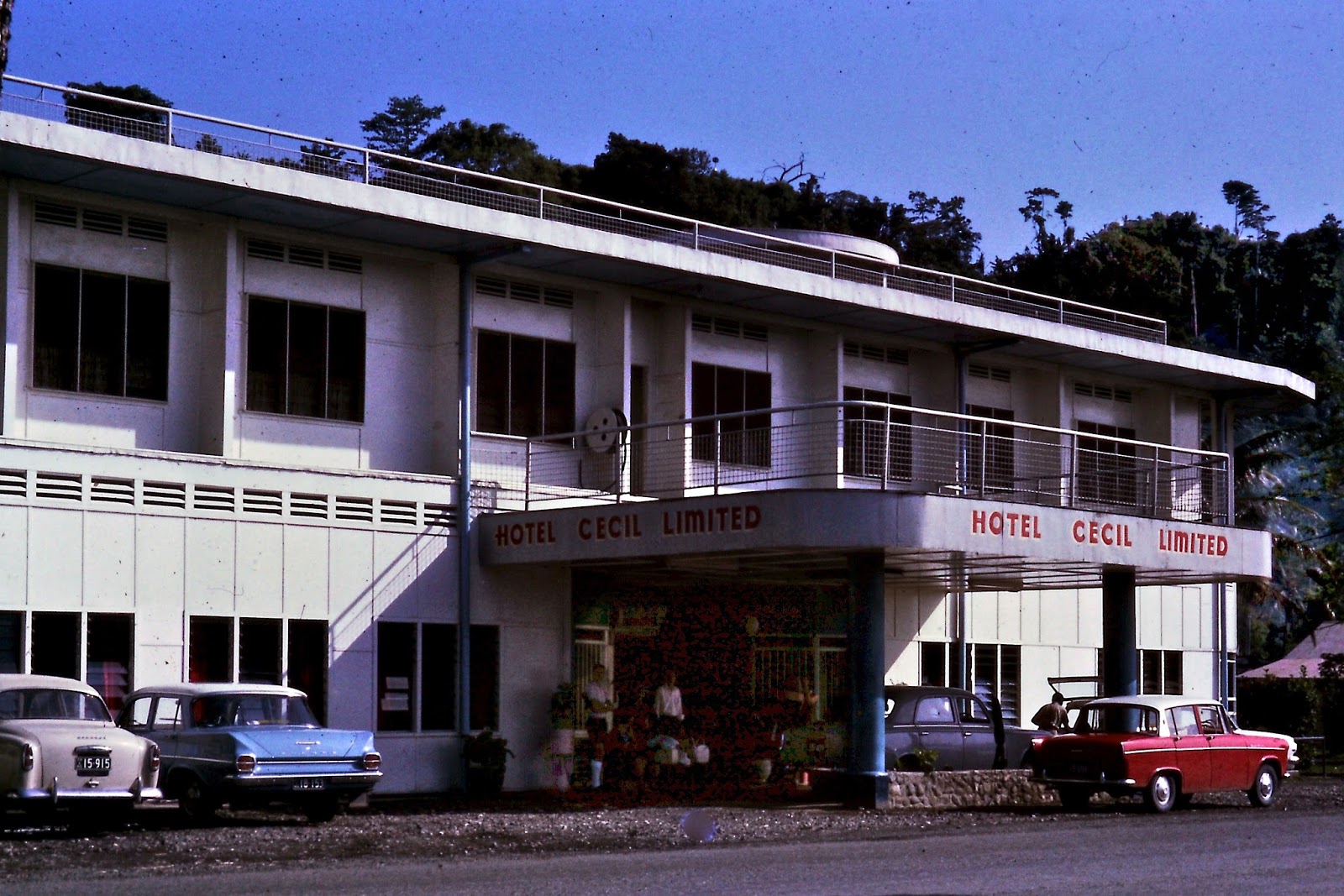 We were driven to our accommodation for the next week. It was the Hotel Cecil. I think it was the only hotel in Lae then, We were allocated rooms and Val, my flat mate from Sydney, and I shared a room. The thing I remember most was the heat. The rooms were not air conditioned but there was a small table top fan. We put it on top of the cupboard and pointed it at our beds but it was still too hot to sleep. 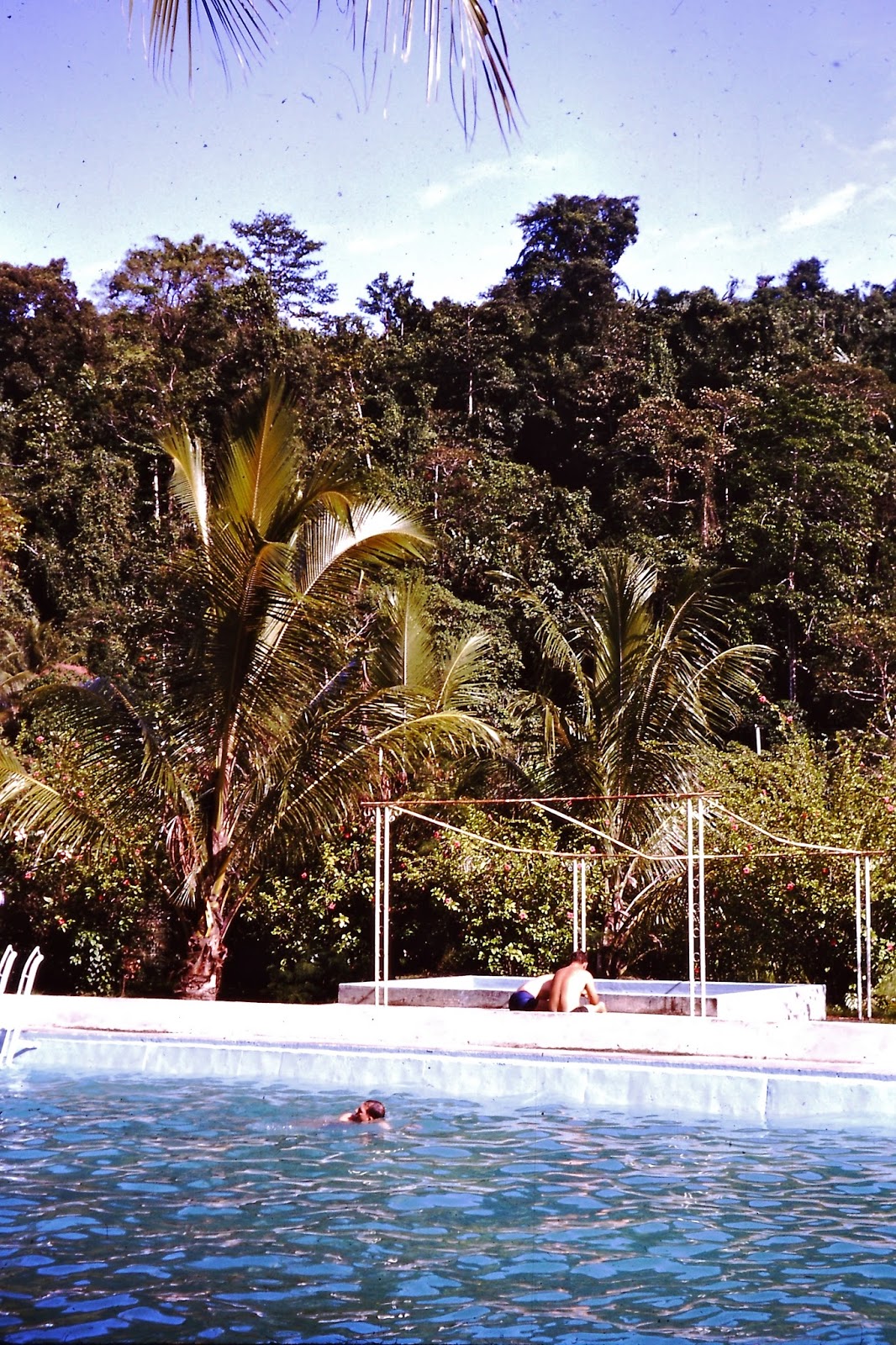 We explored the hotel which was old and decorated inside like an old colonial hotel. We found a swimming pool in the garden and soon jumped in to cool off......but what a disappointment the water was warm too. That night we were served dinner by native waiters in white lap laps,(a cloth wrapped around the waist and hangs to the knees). It started to feel like we were in the exotic tropics. That night we fell into bed exhausted but still found it hard to sleep while sweat was pouring off us and making us wet.

The next morning was memorable. As we walked downstairs to go to breakfast one of our group said, "Did you hear the news? President Kennedy was shot." It was hard to believe. It took our minds off our first day of prac teaching in a native school. It was also the first time I had red pawpaw with lemon juice for breakfast. It was delicious and when I eat it now it always reminds me of that morning. 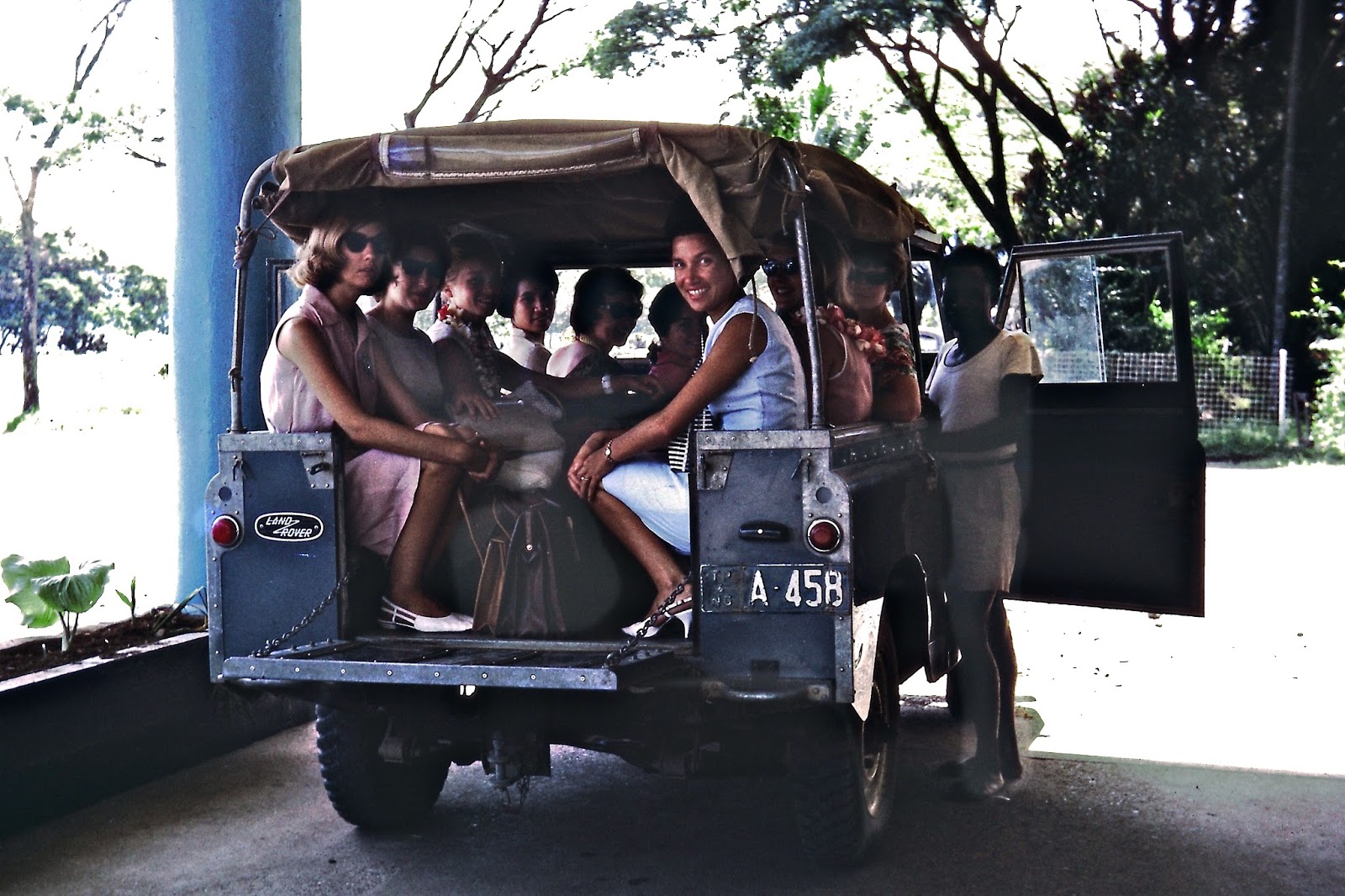 We were transported to our schools in the back of a Land Rover. This is certainly going to be a different life to the one we had left in Sydney.

This was a good bush school with concrete floor and open walls instead of windows but it had lockable door and wire walls. Real bush schools had a grass roof and either no walls or waist high walls and no wire. The parents often were seen leaning over the walls and listening to the lessons that they had never had the opportunity to have. 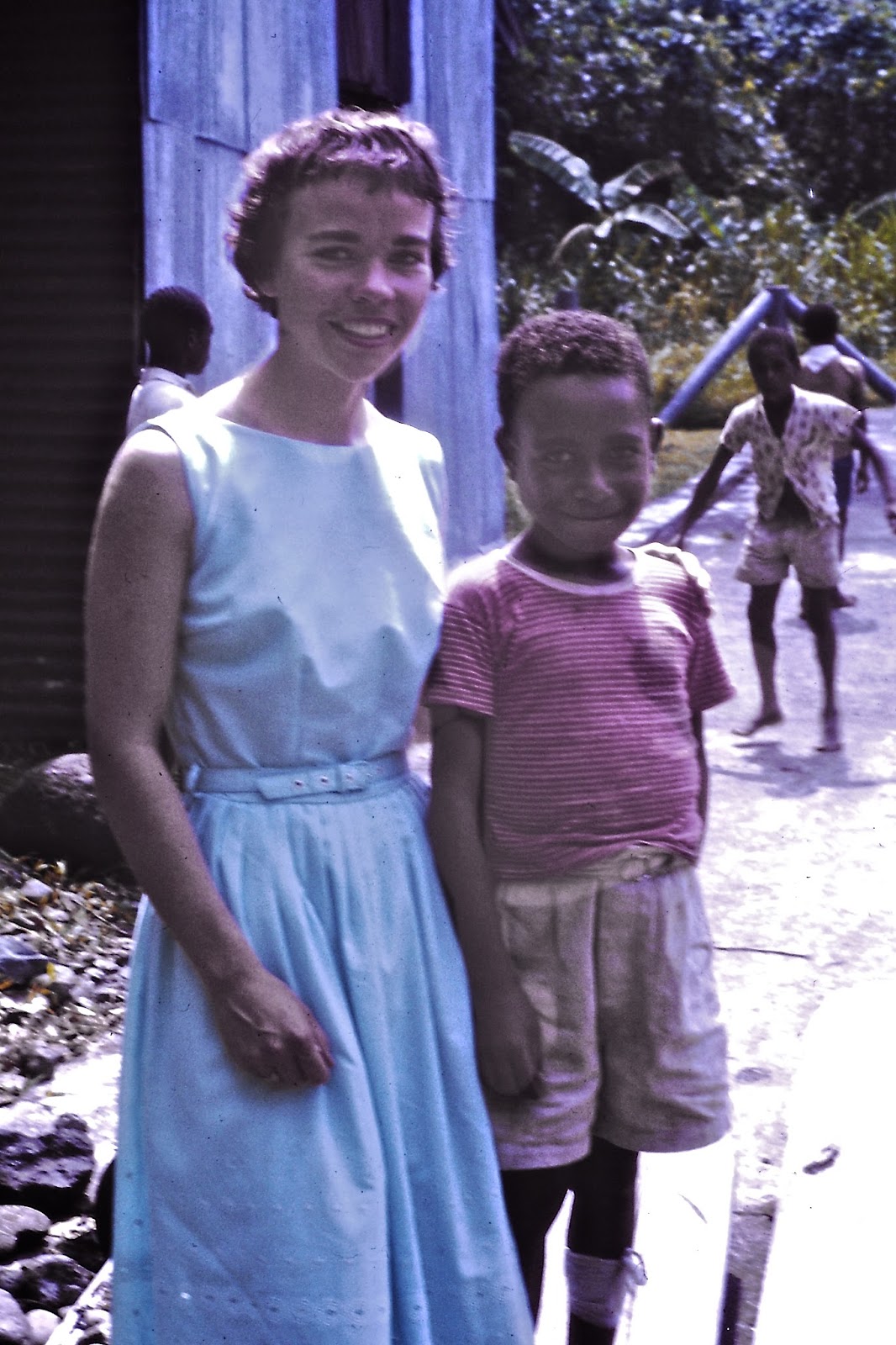 The native children were cute and well behaved in class. It wasn't derogatory to call them natives in those days but today the people are now called "Nationals". There were over 700 hundred ethnic groups (tribes) and different  languages in a population of about 2.5 million. Some tribes were still being discovered in the mountains as late as 1939.

Email ThisBlogThis!Share to TwitterShare to FacebookShare to Pinterest
Labels: Arriving TPNG 1963, My Story