On this day of our tour we realised why it was called "Western Wildflower Wonderland Tour". We left Kalbarri and headed north towards Shark Bay and Monkey Mia in Western Australia. 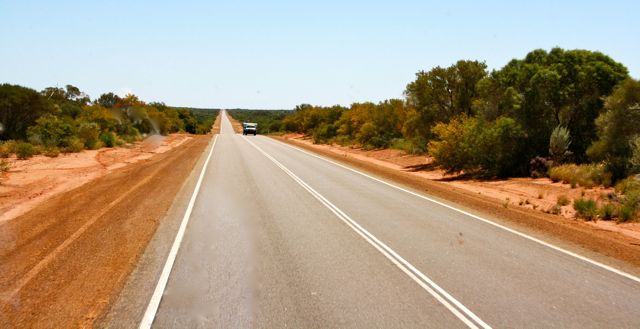 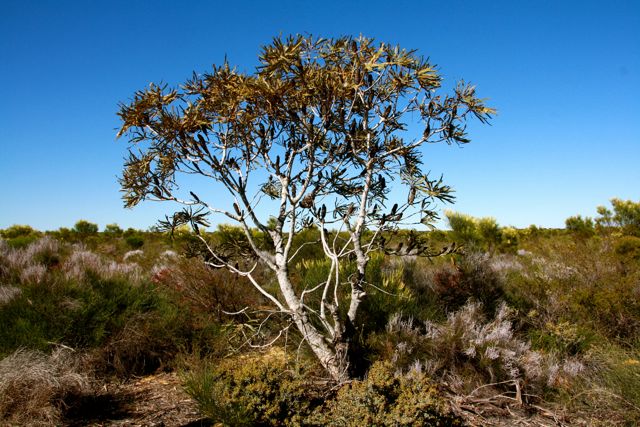 Every now and then the driver pulled over for us to walk through the scrubland and discover a multitude of flowers. There was the occasional small tree but when you looked closely at the undergrowth it was a mass of different coloured and shaped wildflowers. Just a few are below. 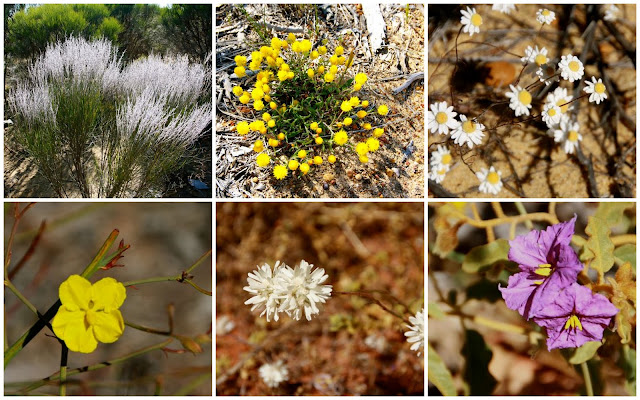 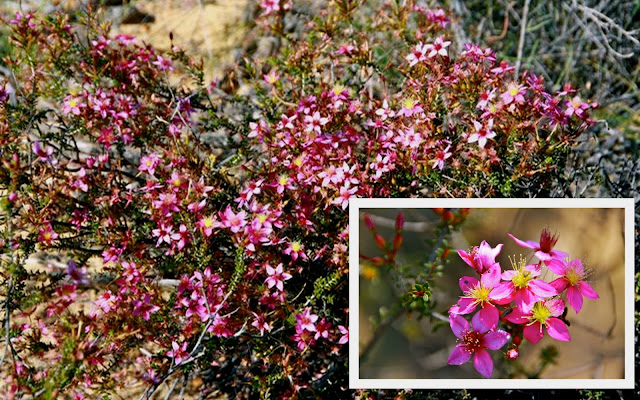 There were too many to include all of them here. 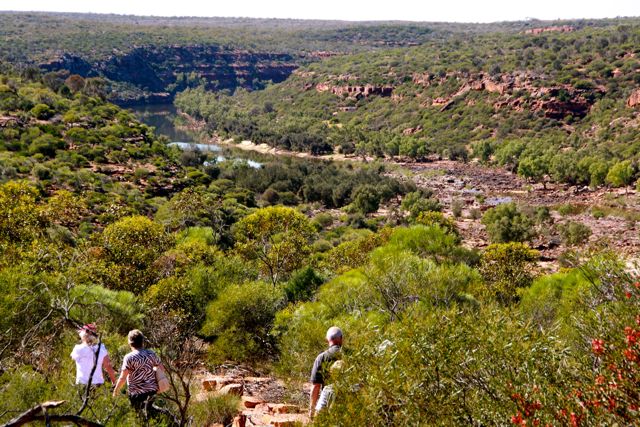 After driving for miles through flat desert like country we suddenly came upon a gorge at  Hawks Head where the Murchison River  hidden from view winds its way through the gorge to the sea. 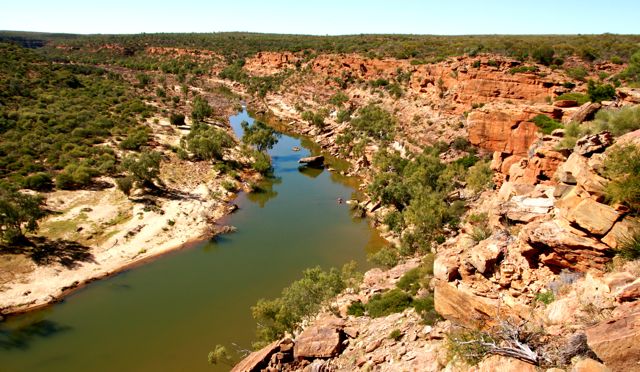 It was like a blip in the flat countryside. 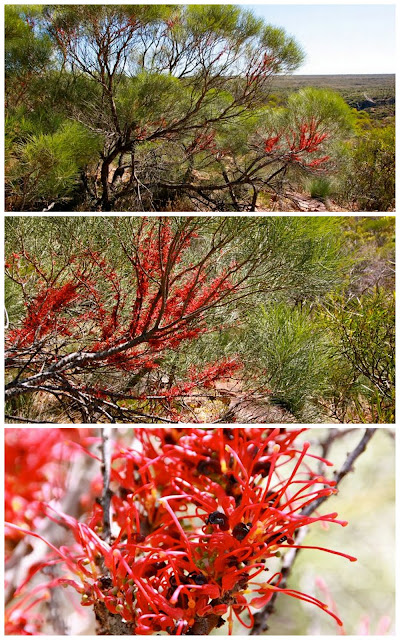 At the lookout I noticed this tree with interesting red flowers. As I walked closer I saw that the flowers sprouted straight out of the branches without a stem. They were strange but beautiful.  I have no idea what they are called. I was so involved with the wonder of them that I nearly missed the bus boarding deadline. 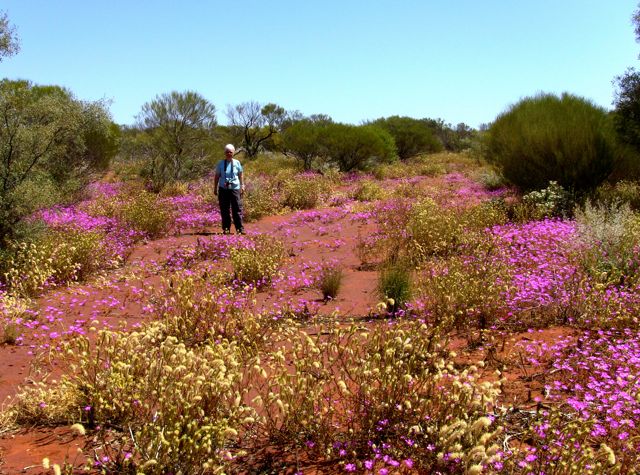 On the way to Shark Bay the driver pulled over again, where the ground was covered for as far as you could see with these pretty purple flowers interspersed with many other varieties too. 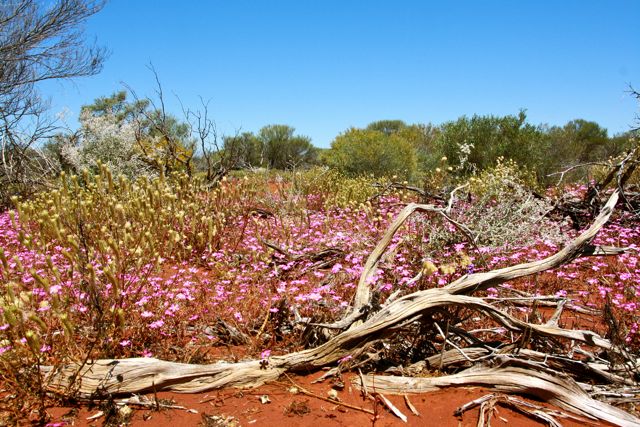 It truly was a wildflower wonderland. 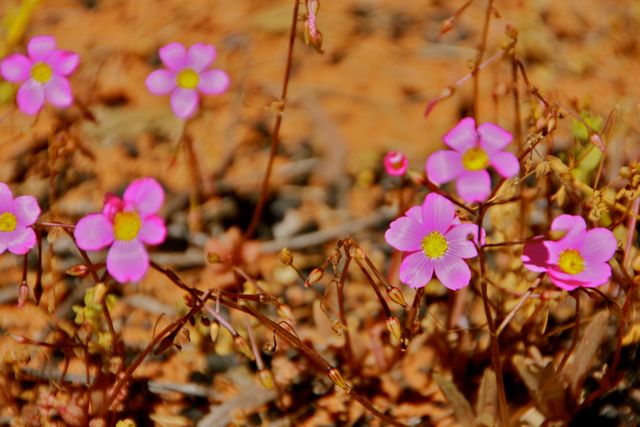 Next stop The world heritage Shark Bay.
Posted by diane b