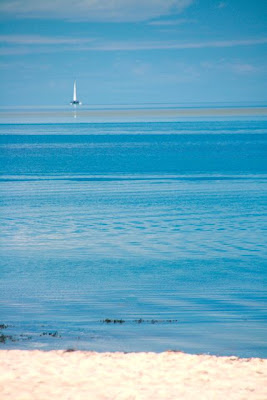 After two glorious days in Monkey Mia it was time for the tour bus to turn around and head south back to Perth, the capital of Western Australia.

We got up. finished packing and headed to the restaurant for breakfast. The Bay was beautiful and it was hard to see where the sea and sky met because they were the same colour.  The boat in the distance looked just like it was sailing into the sky. 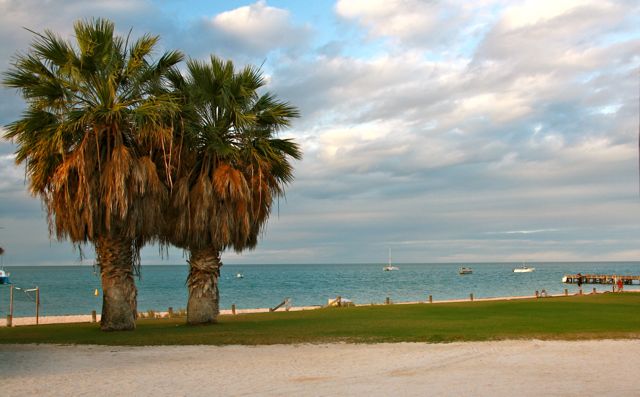 Then back to our cabin and one last look at the magic view and we were off to catch the bus. 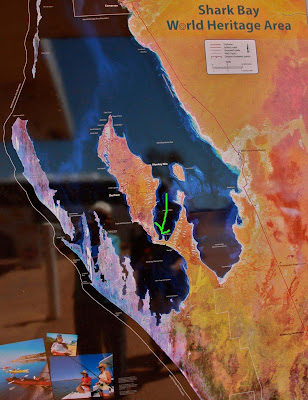 First stop was Shell Beach, where the green arrow is pointing. 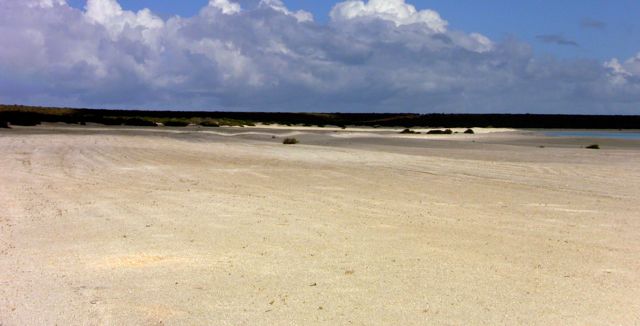 Now I have seen some shell beaches before but this one was amazing. As far as you can see is shells. There are some loose ones but most are stuck together by natures cement. 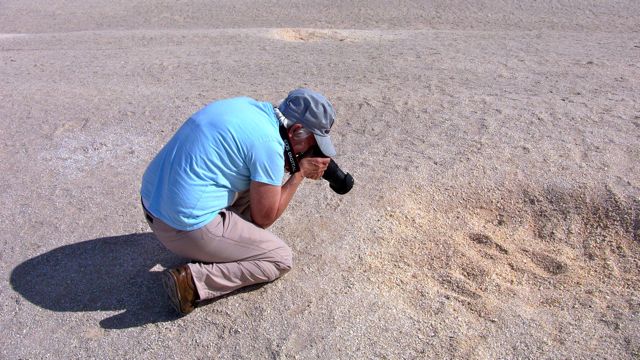 I'm photographing the loose ones in the depression but I am kneeling on the ones cemented together by a natural chemical that comes from the sea. In some places it is 10m deep. 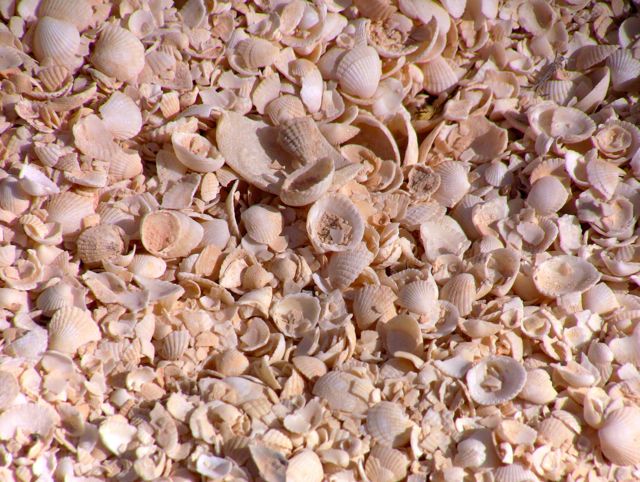 This stuff is called Hamelin coquina and for years it was used as a light weight building material. Hamelin Pool is the name of the place where it is found. 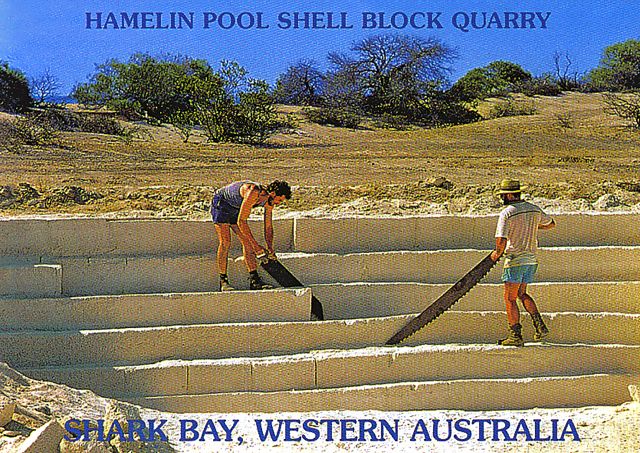 This post card shows how they cut bricks from the coquina. Now that it is a world heritage area people can no longer use the shells for bricks unless it is to restore historic buildings. 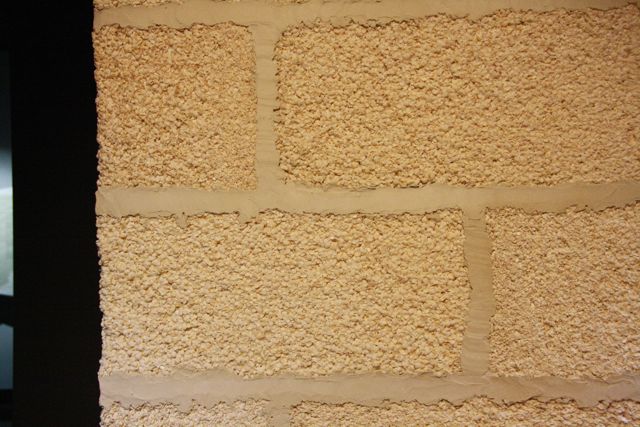 We had morning tea in a cafe built from shell bricks. 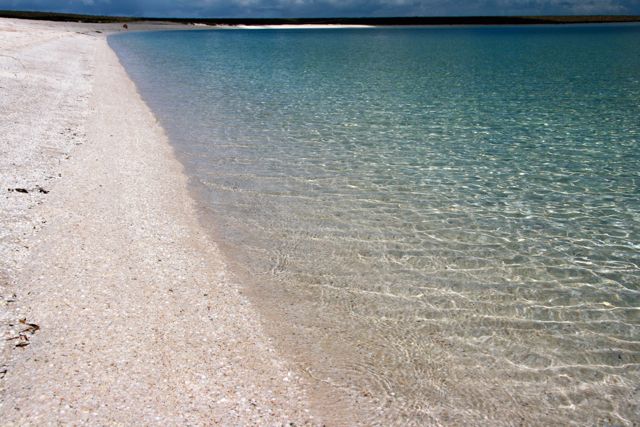 The shell beach was beautiful and quite isolated except for the two people way down there. Can you see two black dots? Hee hee I zoomed in and discovered that........ 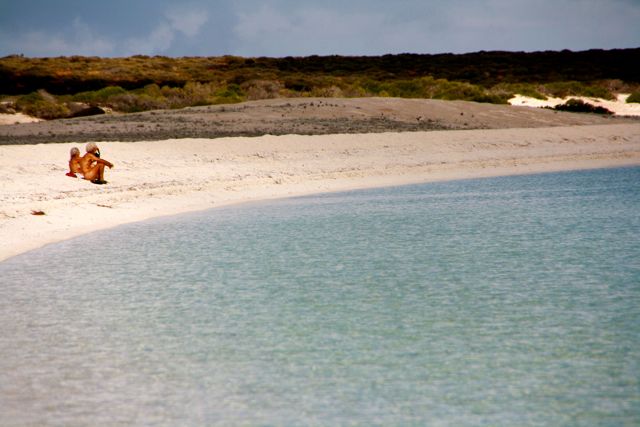 ......they were skinny dipping grey nomads who thought they were on their own until our bus load of tourists came to annoy them with our telephoto lenses. I do feel guilty by not respecting their privacy but ..............its funny.
Posted by diane b