I learnt a few new words this week, one of them being taphophile (one who enjoys cemeteries, graveyards, funerals and the trimmings of death.) Photographing headstones and graves is also included. Julie from Sydney Eye has started a meme for taphophiles called Taphophile Tragics. I don't usually participate in memes but this one sounds like fun. So here goes.


Corrigin is a small country town in WA. It has a population of 900 and it is situated in wheat and sheep country. However, the town is known for its love of dogs. It is quite a familiar site in the country to see a dog in the back of a ute. (utility truck as above). In 2003 the locals organised a world record parade of 1,527 utes with a dog. 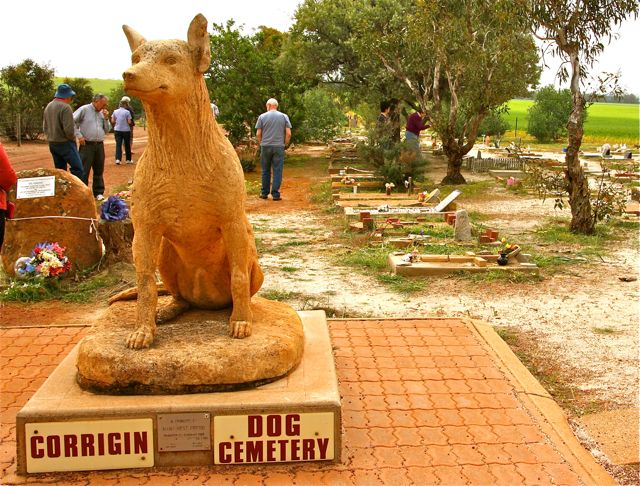 So I guess it is understandable for this tiny town to have a Dog Cemetery. 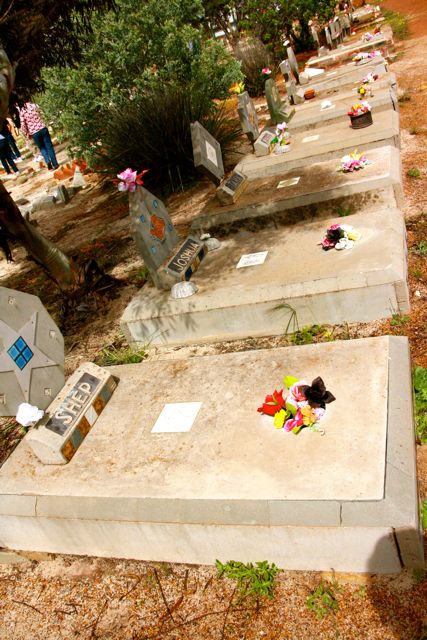 It was touching to see pet names on the gravestones but a bit unusual.
Posted by diane b