In the morning at 4:00 am my beautiful city of Brisbane will be under water as the river will peak at an estimated 5.5m/18ft. Already the river is rising and moving much faster than its usual slow meander to the bay. Many riverside suburbs are underwater. The CBD is also flooding. Below is a simultion of what we will wake up to in the morning.


It has taken two days for the deluge that hit the mountains to reach us and even though the sun has started to shine again we can't stop the water. The Lockyer and Brisbane Valleys are emptying into the Brisbane River which passes  through the heart of the city. Even the dam cannot stop the flooding as the storms dumped much more water than ever before.
People were warned yesterday that the river was going to flood and those living in riverside suburbs were told to evacuate. There are thousands of people in organised shelters and 150,000 homes without power. The electricity was turned off to avoid dangerous situations. Business people have been trying to salvage stock and move to higher ground. 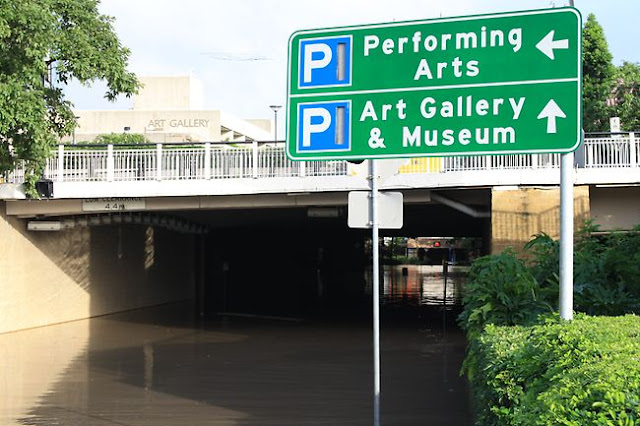 The car parks are full (of water). Hopefully the theatres, Art Galleries, Library and Museum will not go under. 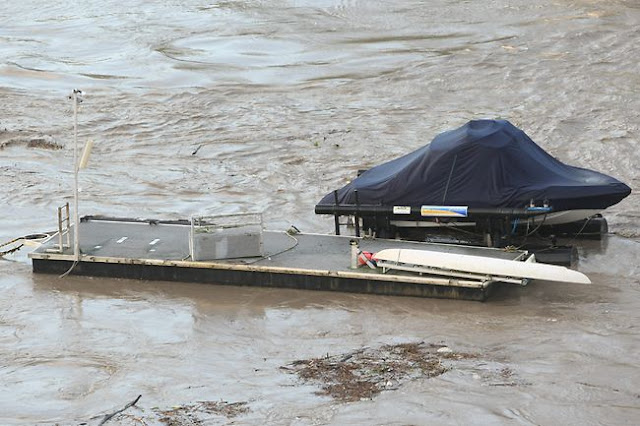 Many people who live on the river have pontoons and boats outside their house or apartment. The moorings are getting ripped up and they become dangerous floating missiles crashing into bridges and buidings. A whole floating resaurant got torn away and crashed into a bridge. 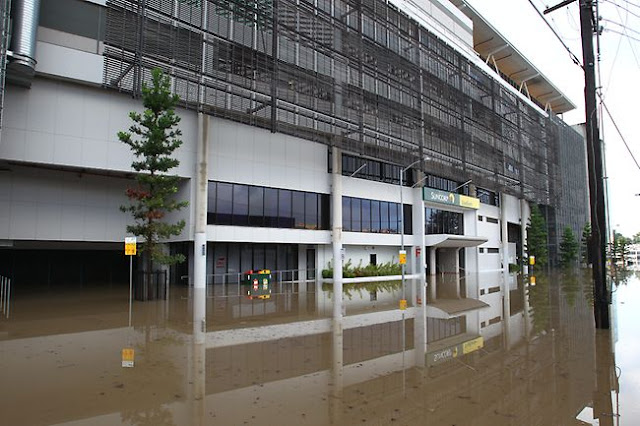 Our biggest football stadium is flooded, the field is underwater and my team were supposed to be playing there on Sunday. 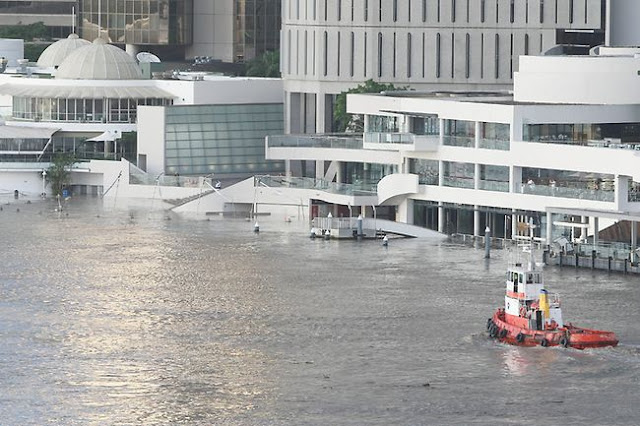 Riverside restaurants go under in the CBD. 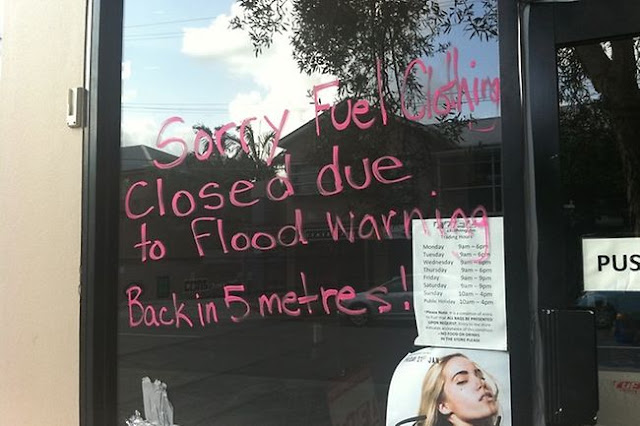 Many people will lose their businesses but they still have a sense of humour. God luv 'em. 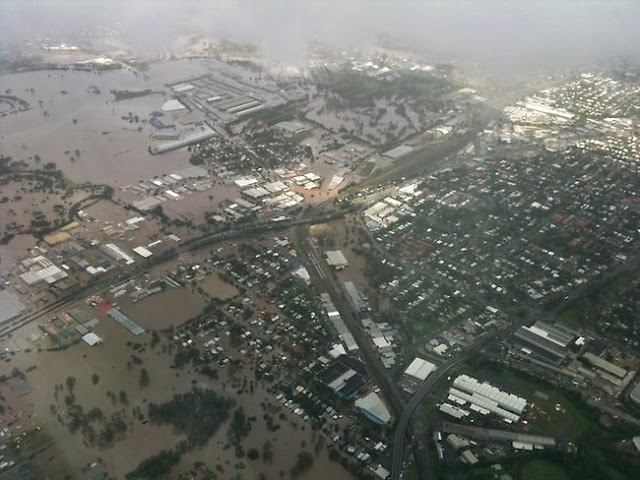 Goodna suburb , one of the first to go under.
For those who saw this picture on my blog yesterday will be happy to hear this news, sort of.
There have been some horrific stories told from the survivors of towns washed away. They could hear people screaming inside houses that were being washed down the river. On this depressing note I will say goodnight and hate to think of what will be left of the city in the morning.
Posted by diane b