There are many stories about badly damaged houses and businesses due to our floods. However, the people of Queensland are rallying together to help one another to get over the trauma. Many houses and buildings in our city of Brisbane have been damaged. One of these buildings is our premier sports stadium. 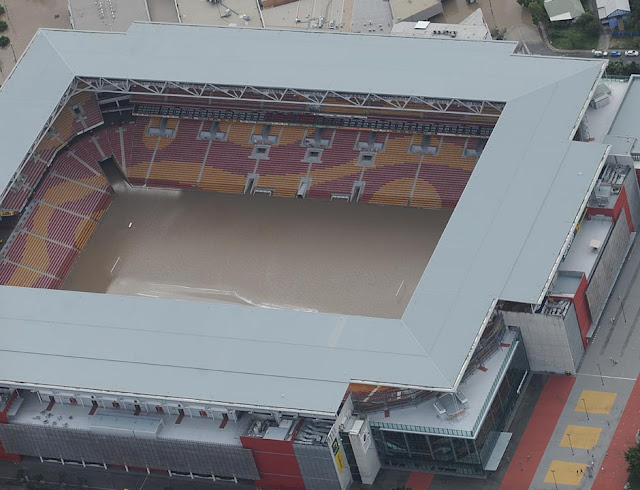 The Suncorp Stadium has two feet of water covering the pitch and more in the change rooms . Humour still survives in these dire times. Outside the stadium is a statue of one of our most famous Rugby League Players from years ago, Wally Lewis. Some jokers wanted to make sure he would survive the flood. 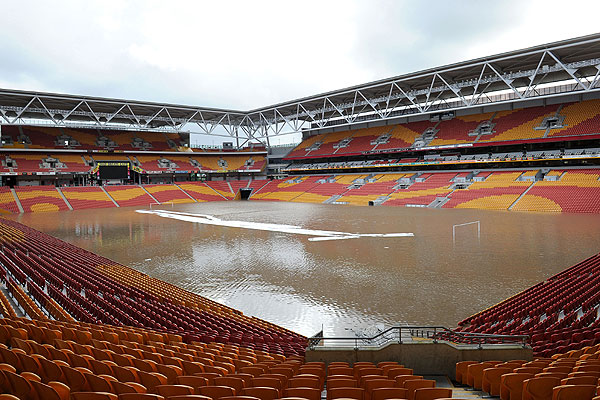 Inside the stadium is where my favourite Football Team, "The Roar" are supposed to play on Sunday. The game has been postponed but this, their home ground will not be ready for use for a month or more. They have to find alternative pitches for their next 4 games or more.
For anyone who doesn't know I am a soccer nut and love my Brisbane Roar. For years they struggled to get in the finals but this year with a new coach, they have improved very much and they are now on top of the ladder and 12 points ahead of their nearest rival. They haven't been beaten in the last 21 games.
On Wednesday night when Brisbane was flooding they had to play an away game. It was hard for them after seeing pictures of their home ground under water and some of their own families affected. However, wearing black arm bands and a heavy heart they went out and gave Queenslanders something to be happy about .
(Article from the web)
WITH the fate of their homes and families in the back of their minds, Brisbane Roar stepped up to produce a brilliant game of football and a nailbiting 3-all draw with Central Coast in Gosford last night.
In what was unquestionably the game of the season, the Brisbane Roar came back twice in this six-goal thriller and played with 10 men for the last 17 minutes to stretch their unbeaten run to 21 games.

Emotional Roar coach Ange Postecoglou said it had been a tough day."Obviously when we arrived here we started getting calls. A lot of the boys are personally affected in terms of where they live and obviously it's a little bit uncertain. It does play on your mind," Postecoglou said.

"We spoke about it before the game that we represent the city and state and it was important tonight we put in a massive effort maybe to give the people of Queensland something to cheer about momentarily for what they are going through." 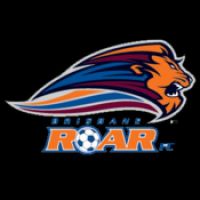