The Go Between Bridge

On the way home through the city from our Christmas lunch we are confronted by many construction sites. Brisbane is the fastest growing city in Australia. Many of the southerners have discovered that it is a nice place to live after years of them teasing us about being behind the times up here. Anyway thousands of people have been flocking here over the last 5 years. Over a thousand a week for many months. Consequently our city is madly trying to keep up with the necessary infrastructure to cope with the invasion. At the moment there are many bridges, tunnels, and road widening works going on all over the city. One of the bridges under construction is the one below, recently named"The Go Between Bridge"

Below is an artists impression of the completed bridge. (from the web) 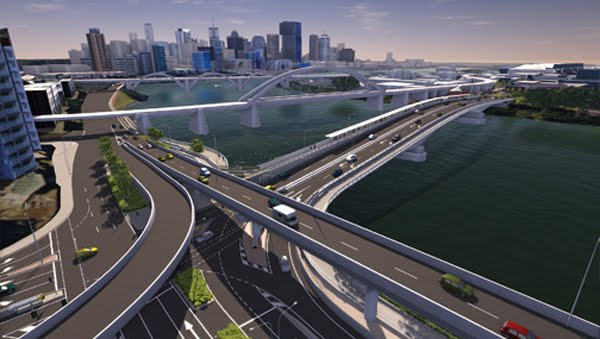 The bridge is named after a very successful Australian Band called "The Go Betweens". It was started by two university students, Robert Forster and Grant McLellan from Brisbane in 1977.They wrote the songs and the band performed here and internationally until 2006, when Grant died. They had a variety of support musicians play with them over the years. 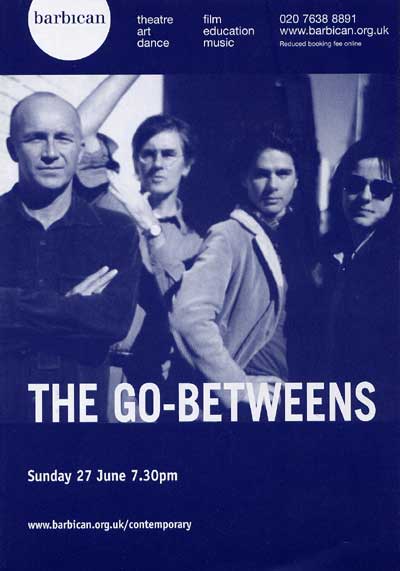 Since 2000, Adele Pickvance has been playing Bass and singing in the band. We are very proud to have Adele in our extended family. She is our daughter's sister in law. Bill and Alma from our Christmas Eve post are her parents and our SIL's. 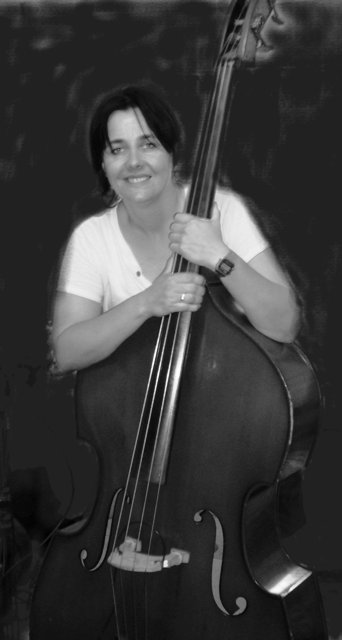 Adele is chuffed about the bridge being named after the band. They will be at the opening ceremony.

Below is a video of the band with Adele on bass.