The Christmas Parties Have Started

On Saturday we had an end of year lunch with our ASOPA friends. We are a special group because we are some of the past students from the Australian School of Pacific Administration. (ASOPA). We were studying there to become teachers for the Territory of Papua/New Guinea and the Northern Territory of Australia in the early sixties. We came from all over Australia to ASOPA situated in Sydney. By the time Papua/New Guinea became independent in 1975 most of us had returned to Australia but to all different states. In 2002 exactly 40 years since we were in our first year at ASOPA we had our first reunion. People came from all over the country to Pt Macquarie in NSW for a 3 day reunion. It was great fun trying to recognise one another and catching up with forty years of life. In 2005 we had another reunion in Sydney and visited the old buildings of ASOPA. In 2007 we had another reunion in Brisbane but this time we included all students from the 40's to the 70's (when the school closed). Since then those of us who live in Brisbane continue to meet regularly for lunch. 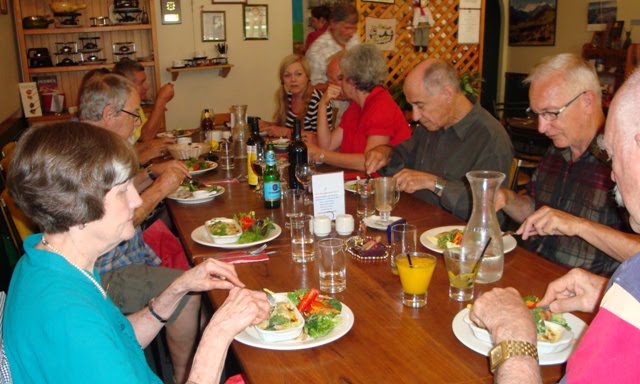 ASOPA was a collection of ex Army unimpressive buildings but located in a fabulous position on Middle Head jutting into Sydney Harbour. 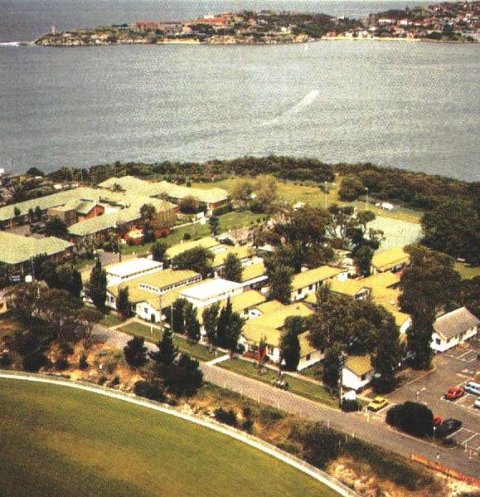 The buildings are still there but are unoccupied and falling into a bad state of disrepair. 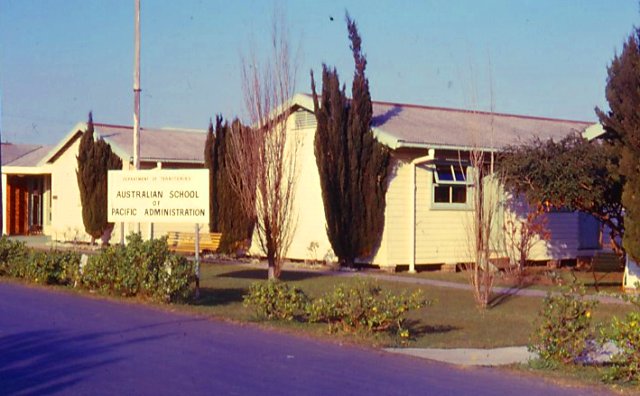 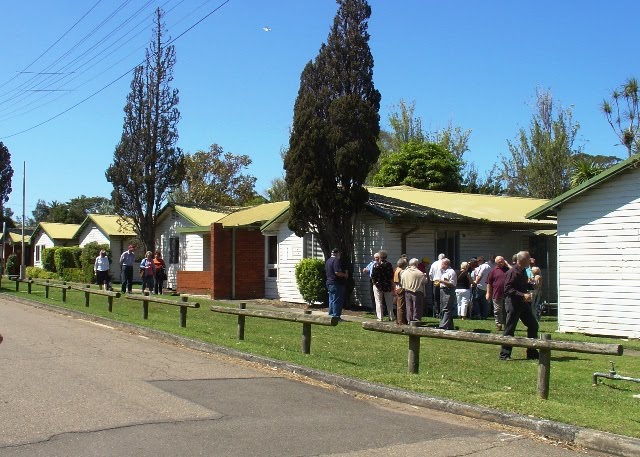 I took this photo in 2005 when we all returned for a nostalgic visit and we were sad to see the buildings were in a worse state than we were 40 years on. 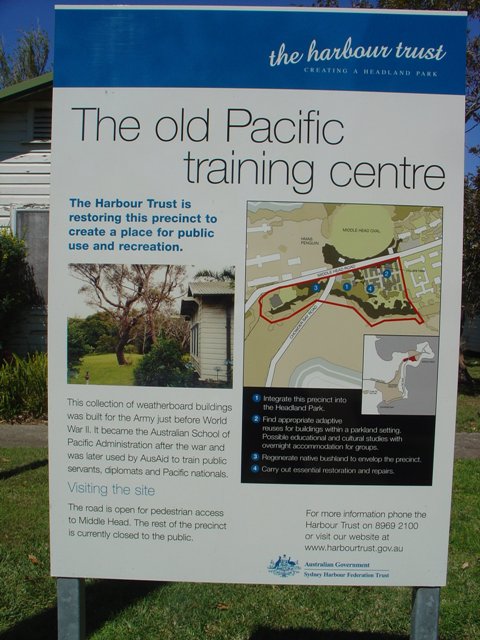 The sign has changed too. It is good to see that the Harbour Trust are going to restore some of the buildings. 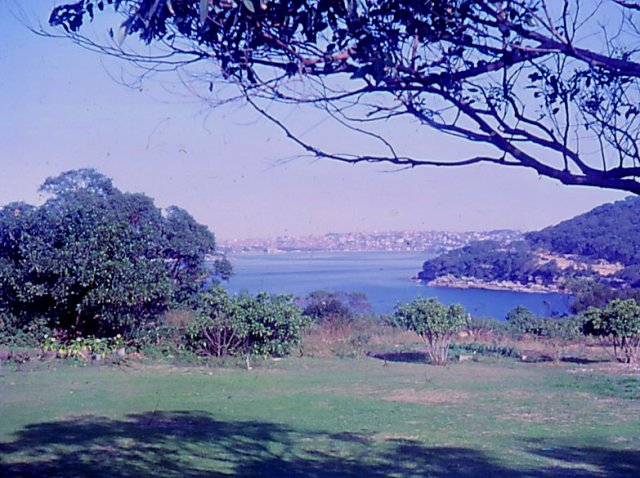 This was the magic view of the harbour in 1962. We used to sit on the lawns in break times and soak up the vista. 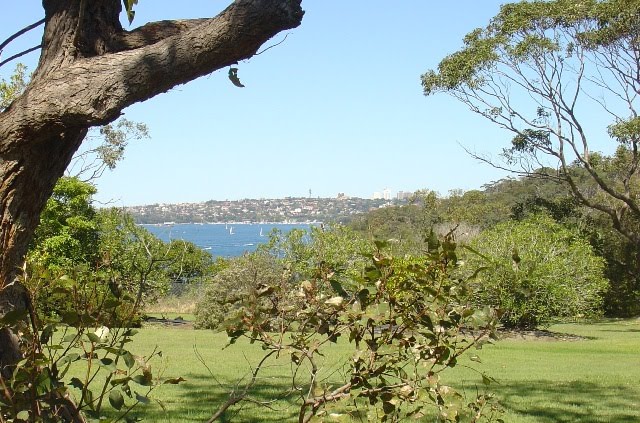 In 2005 the view was nearly as good except the trees had grown in the way. 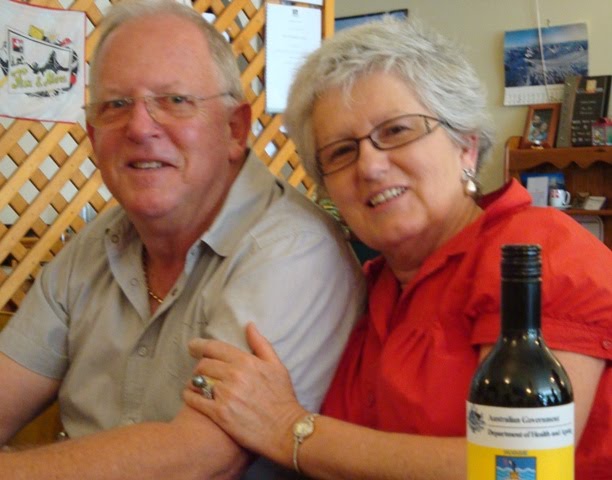 Dennis and Ros were at the lunch. 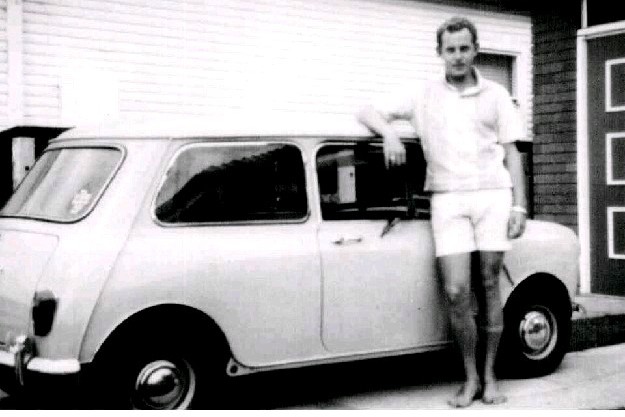 At ASOPA, Dennis was one of the youngest but one of the few to own a car. 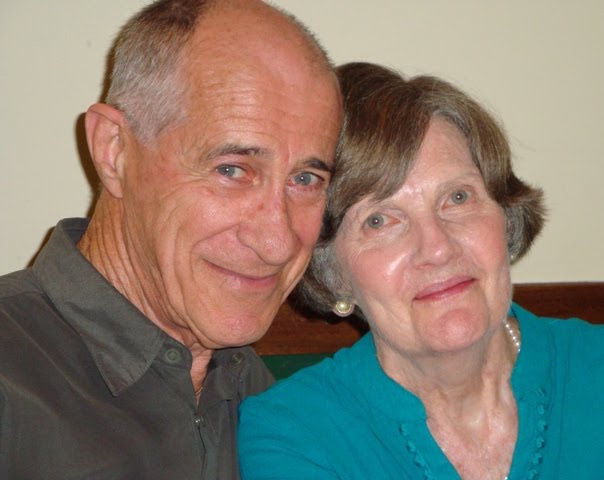 Richard and Josephine were at the lunch. 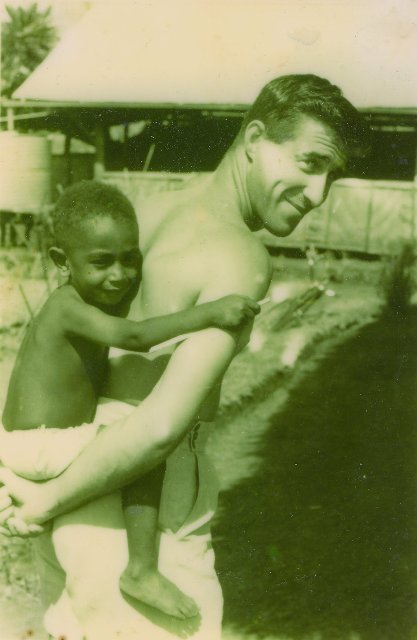 Richard was posted to a very remote village in the Territory of Papua/New Guinea. (TPNG.) 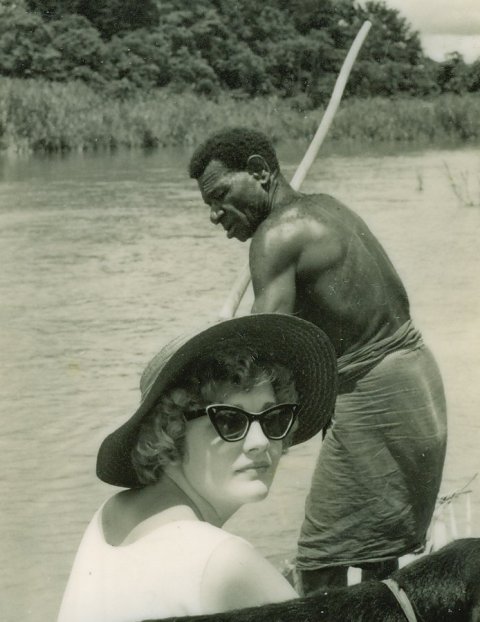 This was the transport in and out of the village. Josephine was the only white woman for miles. Don't you love the sunnies? 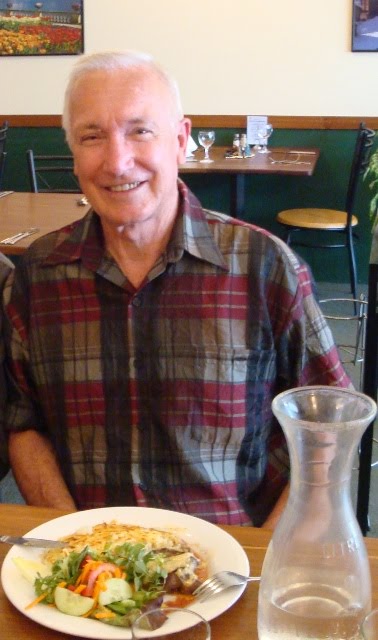 Bill now lives near Melbourne but he flew to Brisbane and joined us for lunch. 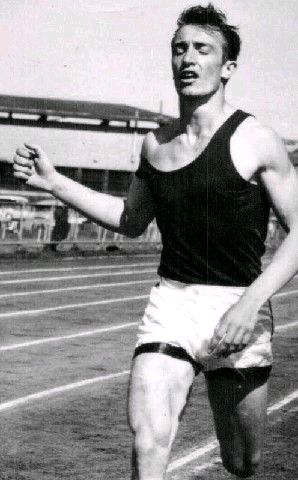 Bill enjoys athletics and won gold in the Pacific Games. He recently participated in the Masters' Games in 800 metres hurdles. I think he might be the fittest one of us oldies. 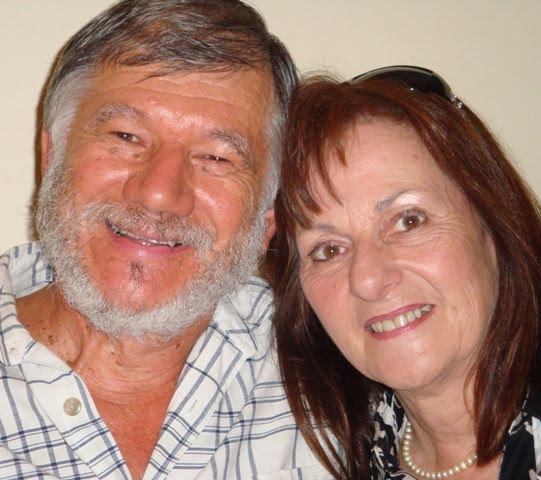 Joseph and Kathryn came to lunch in their green campervan called Kermit. They have just returned from a 7 month trip around Australia. 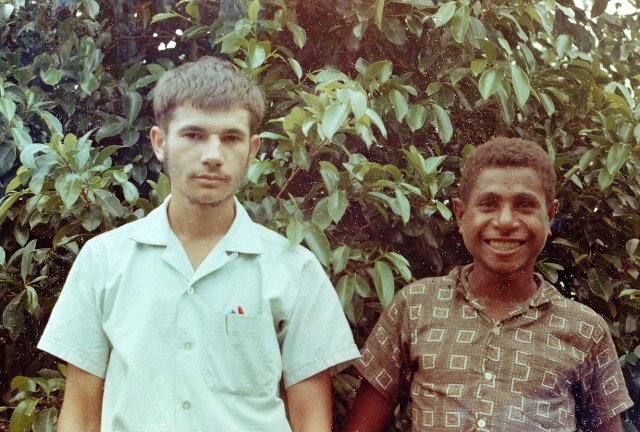 Joseph grew up in TPNG and returned to teach there as a very young man. 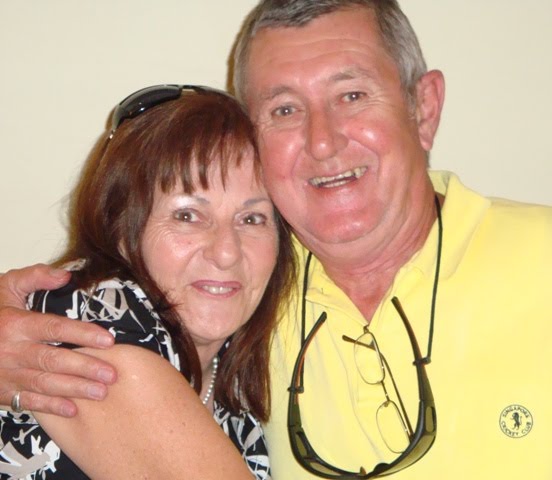 Colin came to lunch. He is single so he borrowed Katherine for this photo. 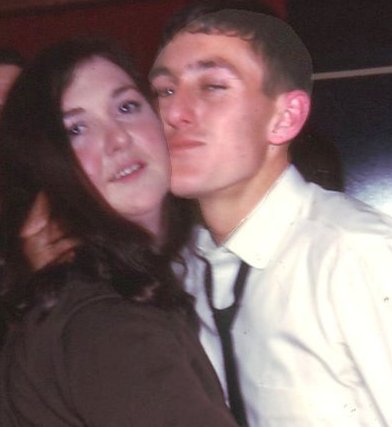 Here Colin is enjoying one of the many parties we had while at ASOPA. (Dont know why he is still single, we all loved him) 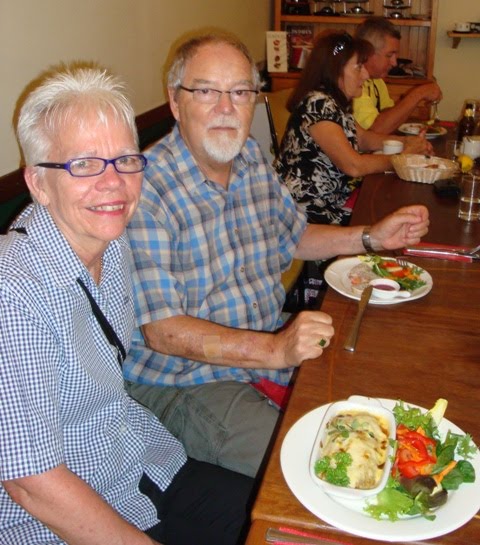 Of course Bill and I never miss a lunch at the Swiss Restaurant. I had a seafood crepe. 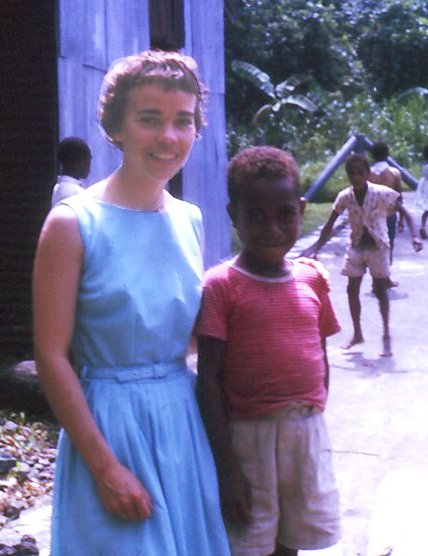 My first week teaching in TPNG. I was to stay for 7 years and they were some of the best years of my life.

I must apologise to Henry, who also joined us for lunch but I didn't get a photo of him. Hopefully someone will send me one and I can include him here.

Email ThisBlogThis!Share to TwitterShare to FacebookShare to Pinterest
Labels: ASOPA