I have been sorting old photos to put them into a scrap book. I came across this Christmas photo of my second Christmas in Australia. 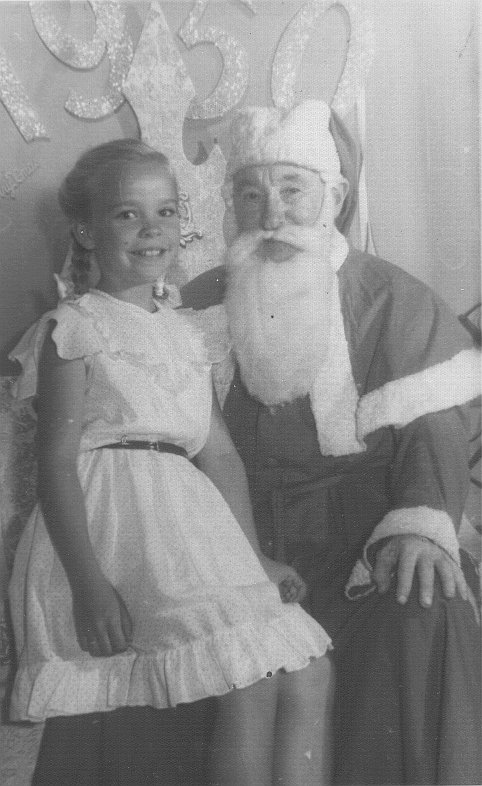 Notice that I have a summer dress and he has his winter suit. For many years Australians have continued to celebrate Christmas in the traditional British way. I suppose because the majority of migrants were British. However, in recent years we have started to realise we need our own Aussie type of Christmas and we are starting to do away with the old country traditions which are unsuitable for a summer Christmas. Many of us now have outside BBQ's and usually with loads of seafood; prawns, oysters, mussells, lobsters, Moreton Bay Bugs and fish. To go with this we have salads of all kinds and for dessert pavlova and fruit salad and ice-cream, or fruit platters with mangoes, stone fruit, and especially cherries. We finish off with Christmas cake and cheese and crackers. We also have mince pies and chocolates if you can eat them before they melt. (Mind you many still stick to the traditional fair, which is OK if you are in airconditioning). I'm glad to see many Christmas cards now have Australian Christmas scenes rather than snow and open fires. I still cringe when I see artificial snow, usually cotton wool, decorating the store windows.

I just received our UA3 Newsletter and found a poem written by someone with the same attutude as me. Here it is:

HERE'S TO AN AUSTRALIAN CHRISTMAS

Cards at Christmas are so jolly

But why are they adorned with holly,

Robin Red Breasts in the snow, festive firesides all aglow,

Reindeer romping from the pole,

Snuggly furs against the cold.

Not in Aussie in December!

Picnics where the grass is green...

English Chrissies? What a furphy!

Kids and Mums and Dads in cossies...

What a beaut time to remember!