TAKING IN THE MOUNTAIN AIR AT TAMBORINE MOUNTAIN.

Tamborine Mountain is only 70k from Brisbane and it has breathtaking scenery, abundant wildlife and clean, cool air. There is a strong cottage industry, many artists and wineries.

The pastoralist, Robert Martin Collins was inspired by Yellowstone National Park (the world's first), while he was on a world tour. When he returned he campaigned for National Parks in Queensland. In 1908 The Witches Falls National Park on Tamborine Mountain was established as the first NP in Qld, and the third in the world.

After taking in the air and the scenery at the lookout we went to Cedar Creek Estate, where they have created a rainforest and glow worm cave. It also has a winery and restaurant. While we waited to take a tour of the glow worm cave we wallowed in the beauty around us. 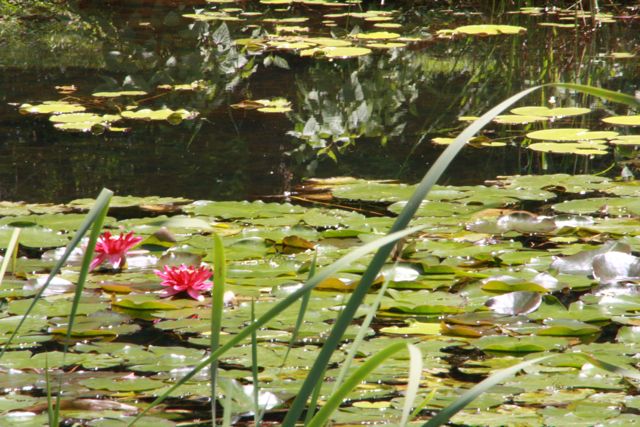 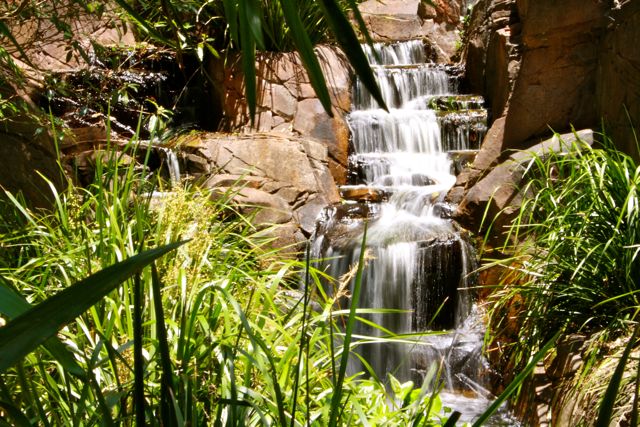 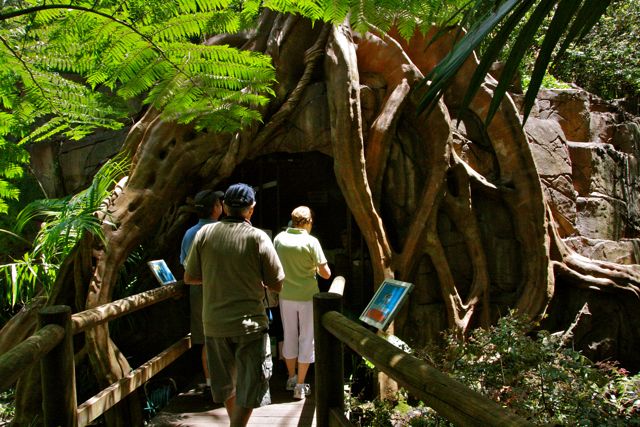 Then it was time to enter the cave. It is a man made cave and a haven for the local glow worms called Arachnocampa flava and they are only found in southeast Qld. Glow worms are the larvae of a small fly. Only the larvae glow and they live for a year but the fly only lives for a few days. The chemicals needed to generate the glow are all produced within the body of the glow worm and the light is projected out of the rear end of the larvae.
Glow worms glow to attract small insects that live in leaf litter and water near where the glow worms reside. They construct snares like a spider web made from silk threads and sticky droplets to capture the insects attracted to their glow.The picture at the left shows a glow worm and its snare. This photo was scanned from the brochure because no photography was allowed in the cave, as flashes would make the glow worms turn off their light.
Inside the cave it was totally dark. The guide had an infrared torch. Looking up to the ceiling of the cave was a wonderful sight. It was like looking up to a sky filled with millions of stars. 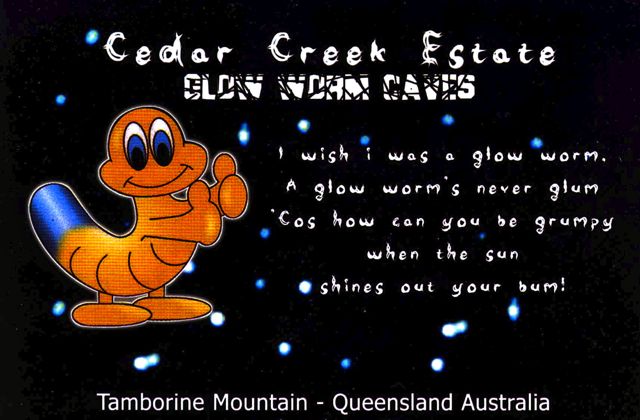 I couldn't resist buying this postcard. 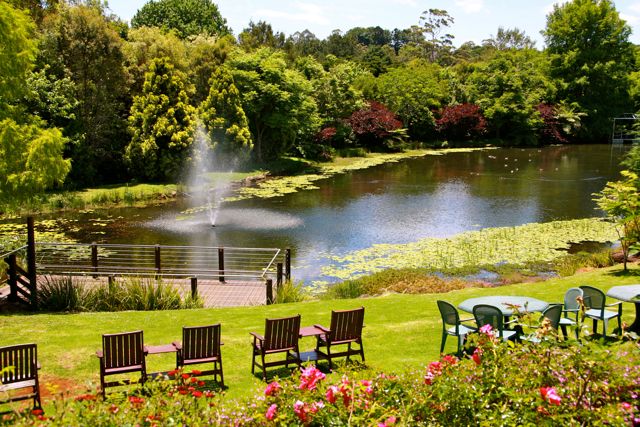 After adjusting our eyes to the light we found the restaurant overlooking the pond. It was very relaxing eating scones and cream with morning tea. 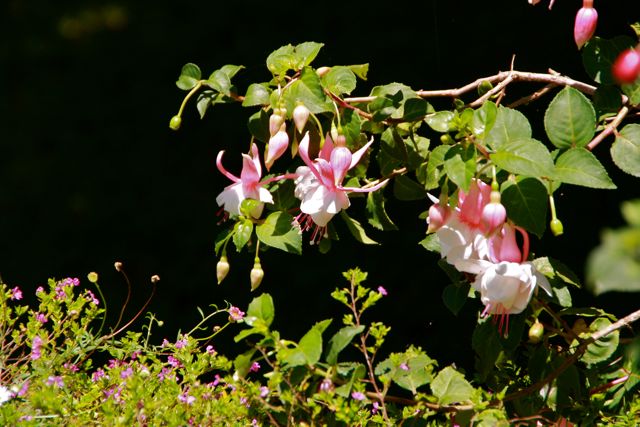 The restaurant was surrounded by gardens with a variety of flowers. The fuchsias and roses were especially beautiful.

There are many lookouts, National Parks, hiking tracks and waterfalls. 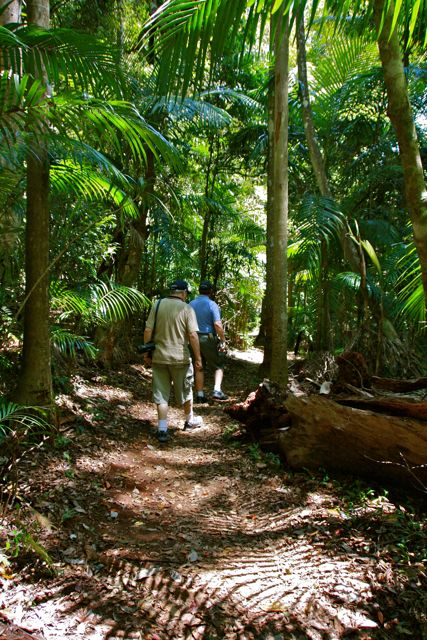 We went for a rainforest walk called the Sandy Creek, Cameron Falls circuit. However, we didn't get to the falls as it got a bit steep for some of us. So we headed for an easier stroll through the Botanic Gardens in the next post.