I must take a break from our tour of Western Australia for a few posts and return to our adventures in Brisbane. Bill booked for us and our friend Colin to take a steam train ride. 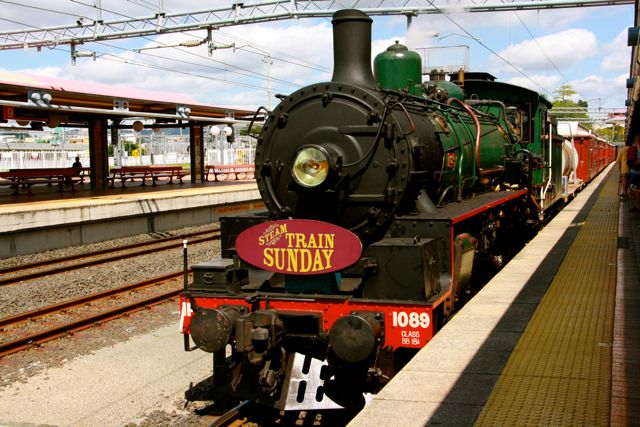 On Sundays a steam train takes a short mystery trip from Roma Street Station. You don't know where it is going until you arrive at the station. The platform was full of families with young children and then there was us three wrinklies. 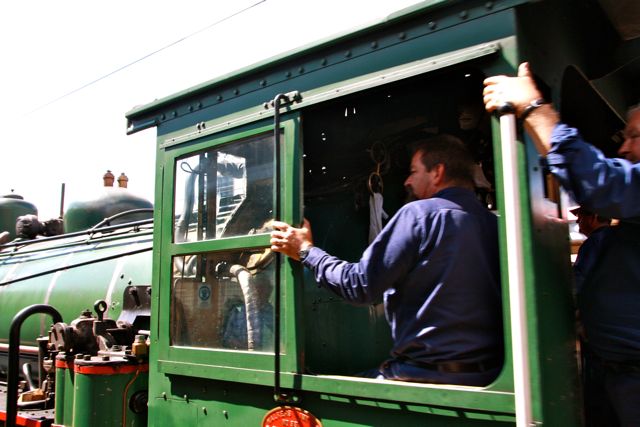 I am always thankful for volunteers like these and the ones below who make it possible for people to experience real live history. 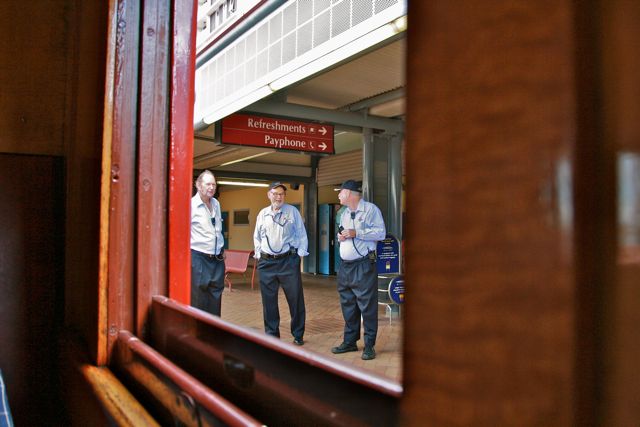 We were in a carriage made in 1903 and our volunteer guard was a little bit grumpy, but he kept us amused with his rules and regulations. 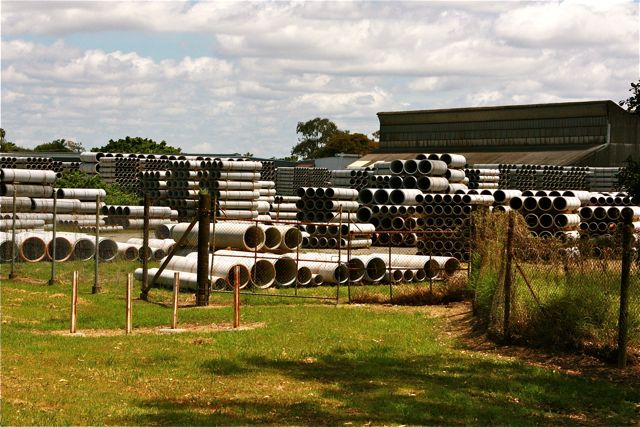 We were all a bit nonplussed when we discovered that our train was taking us to Pinkenba an eastern suburb of Brisbane about 10 k from the CBD. This suburb is maligned as it is not a nice place to live.

It used to be swamp land but is now an industrial area.

Pinkenba is isolated from other suburbs, as it is surrounded by the airport, the river port and industrial estates. It is sparsely populated. The railway station has closed but our train could do a loop and return to Brisbane. 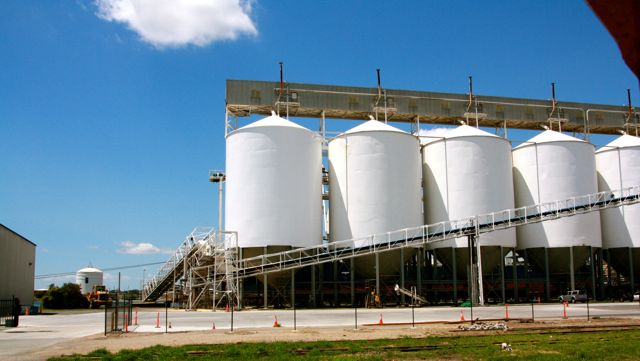 I was disappointed at first as I thought there is no nice scenery to photograph but then I realised that industrial shots would be something different for me to do. These were all taken from the moving Puffing Billy. 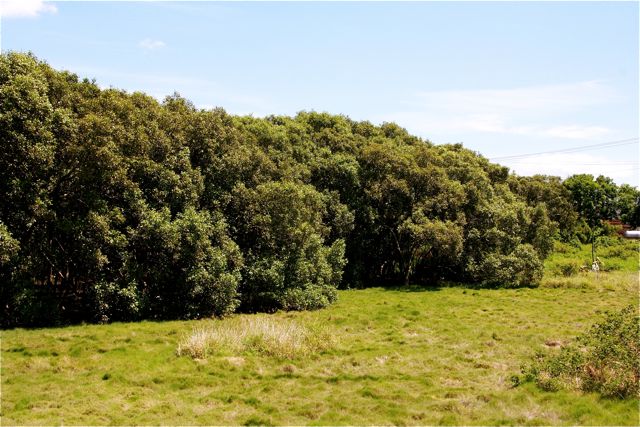 There was one small patch of the original, mangrove trees along a swampy creek. 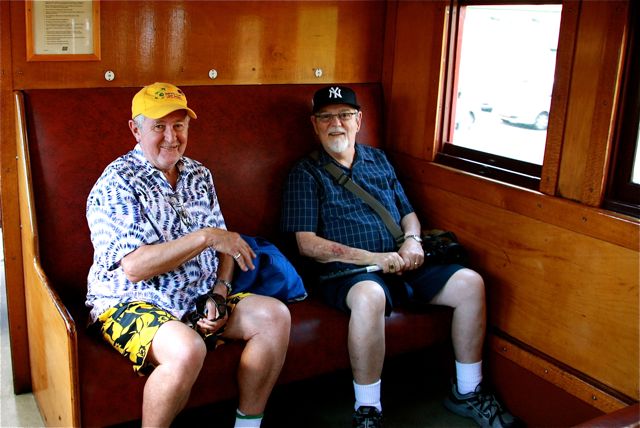 The old men (Colin and Bill) became young boys again on this day.
Posted by diane b