Before heading into the historic town of Albany, our tour bus took us up to a lookout where there is a war memorial and a fabulous view of King George Sound. 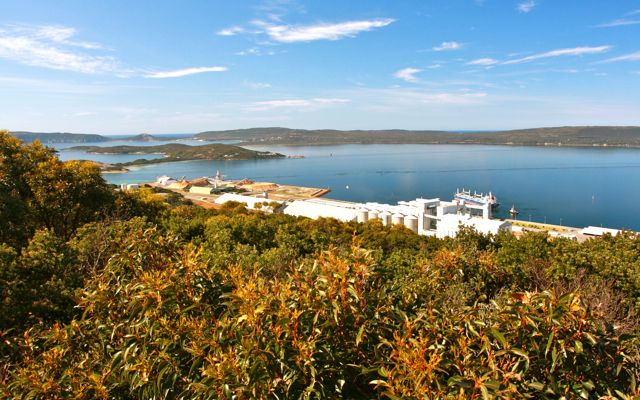 We could see the port where grain and timber are exported but in the past it was a much busier place.It was the first deep water port and town to be developed in WA. It serviced the goldfields and was the first port for ships to enter from Britain. Since then Fremantle has become the major port. 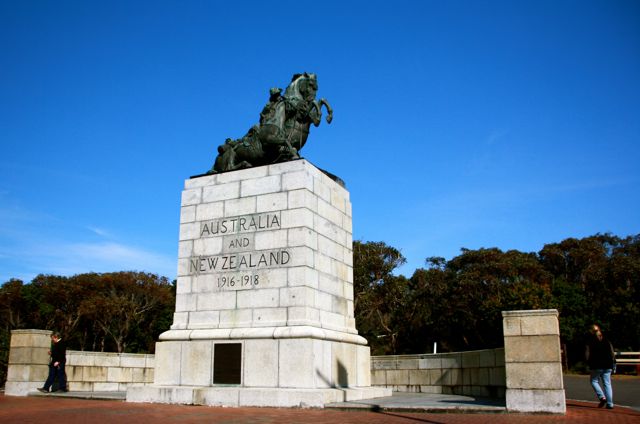 Albany has a long military history. At first there was a military presence to deter the French from landing. Later during the First World War it became the base from where soldiers were sent to Europe. 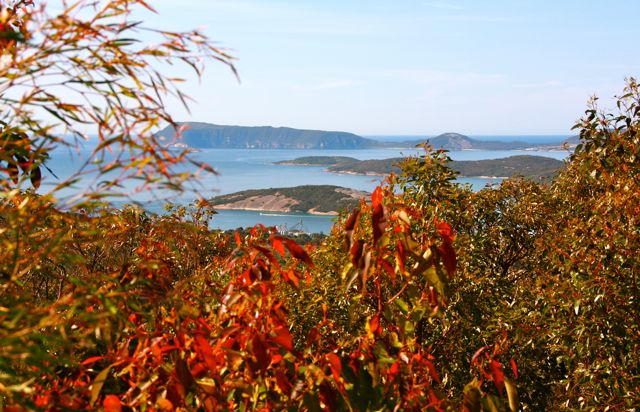 This was the view the soldiers said goodbye to as they sailed into war. 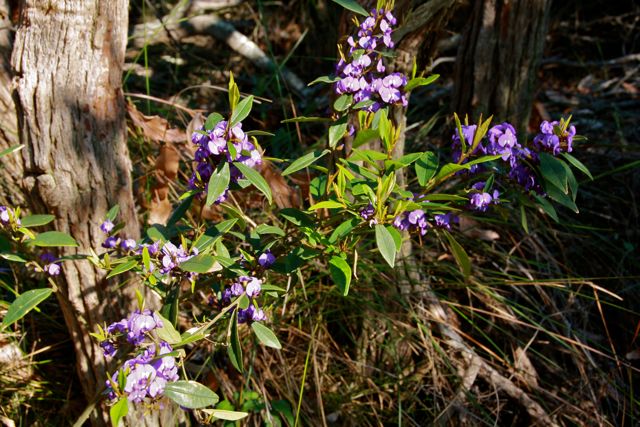 At the lookout there was an array of more different wildflowers. 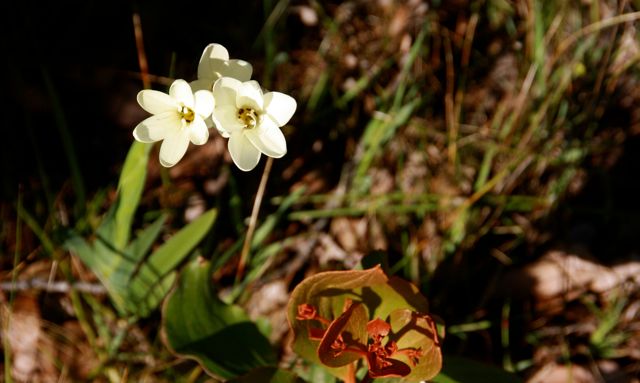 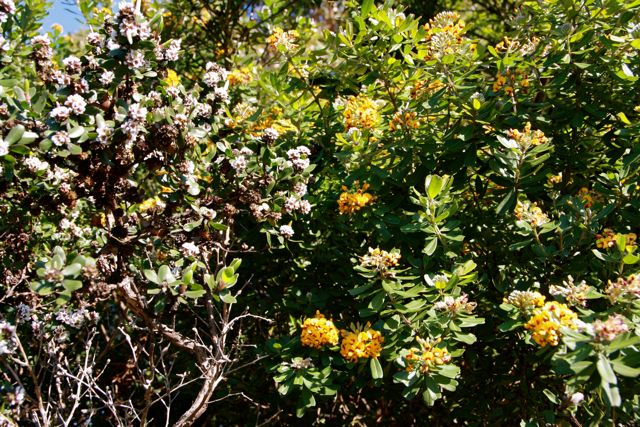 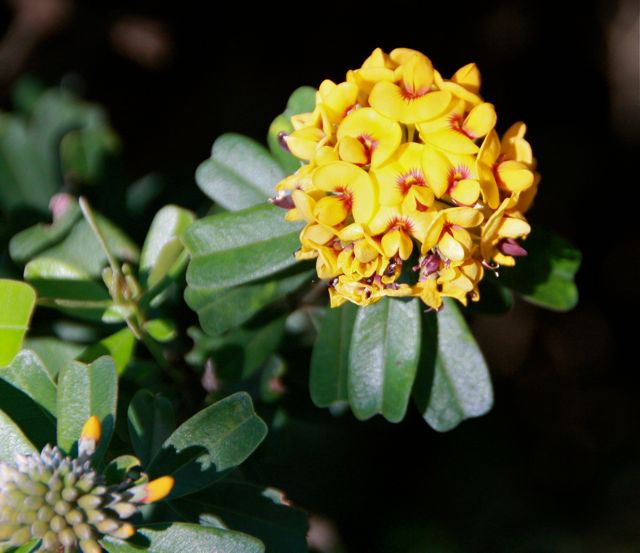 It was a neat and tidy port town showing off many historic buildings. 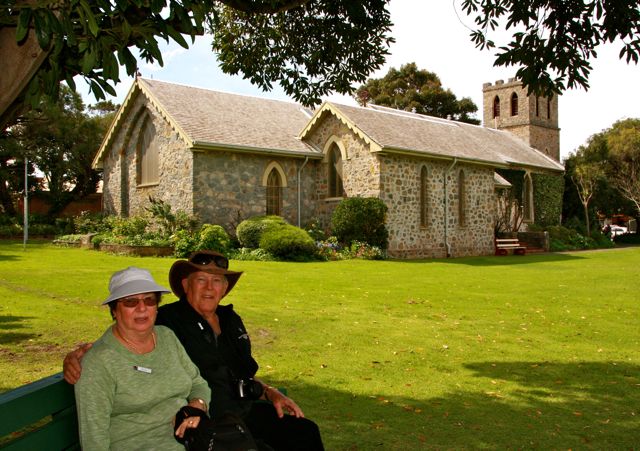 This old Church of St John built in 1848 was beautiful inside and out. Our travel companions, Helen and Paul are waiting for our bus to take us on another adventure. 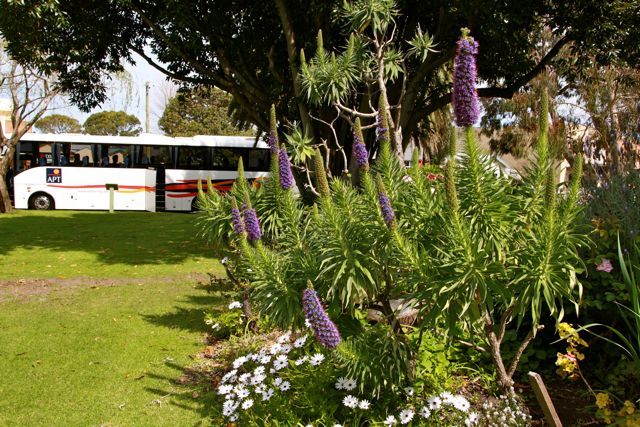 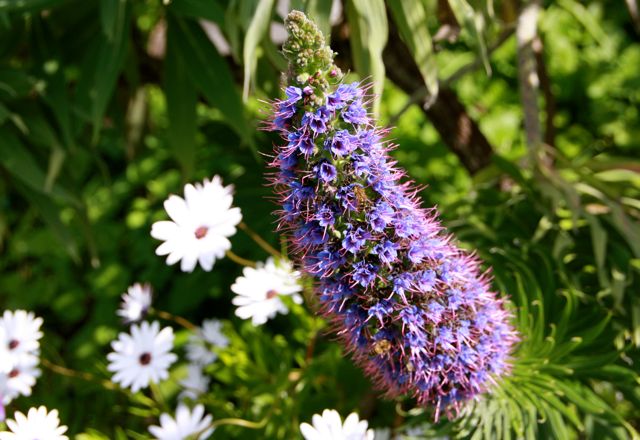 I checked out the park garden while waiting for the bus. I had never seen these flowers before.
Posted by diane b