After visiting the Valley of the Giants we continued on our Western Australia tour to the small town of Pemberton where we took a tram ride into The Karri Forest. 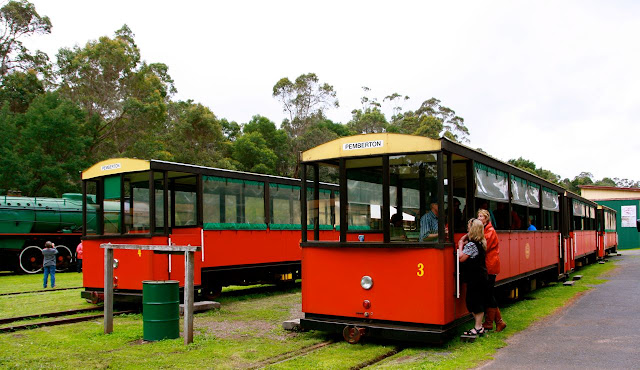 The Pemberton Tramway is a tourist railway. It used to be a logging railway. The trains carted the Karri logs to the mills, which provided half a million sleepers for the Trans Australian Railway. 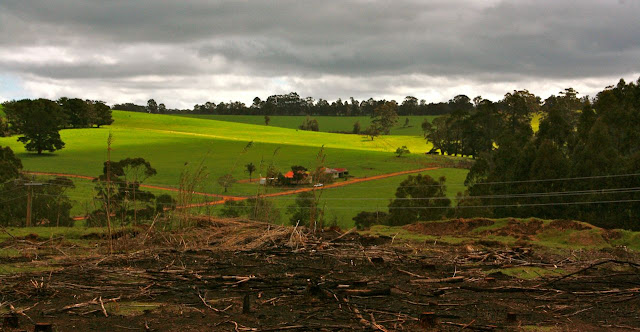 Pemberton was founded in 1911 and became a busy timber mill town. We left the town and travelled through farmland before entering the forest. It was a very dull day and threatened rain. 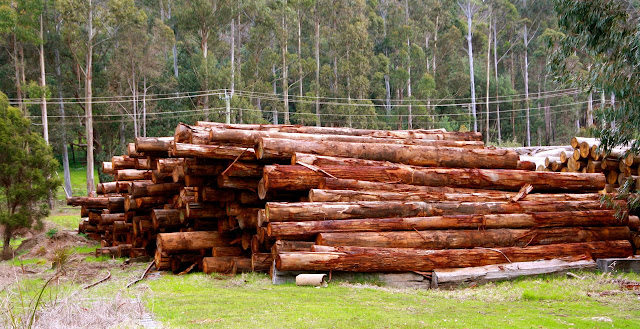 Timber is still collected today, they log new forests that have been especially planted. Old forests are still logged but very carefully. 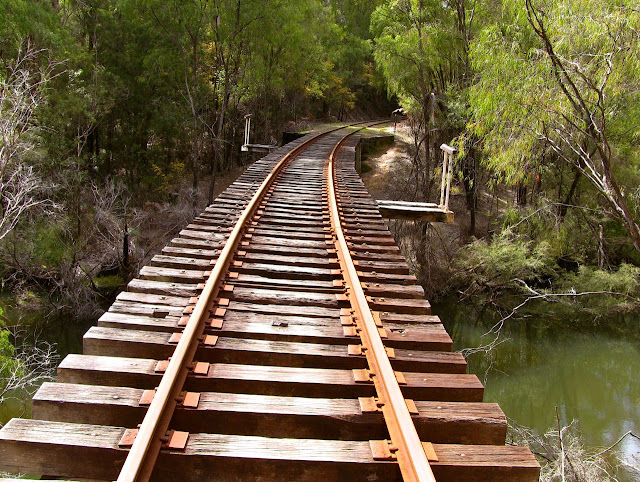 It was an unusual tram ride going through picturesque forest rather than a city. We crossed rivers and... 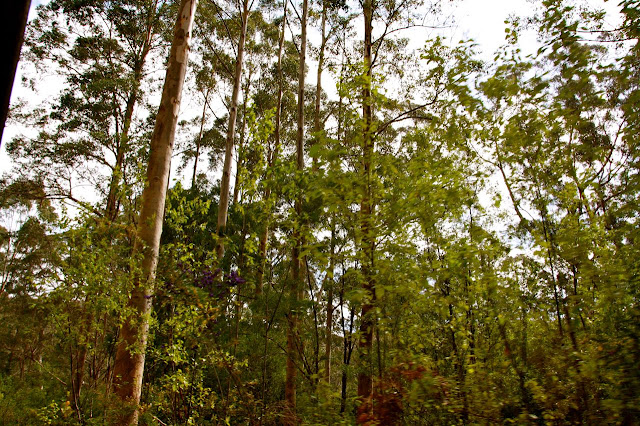 ....then we were in the Karri forest. Karri trees are Eucalyptus diversicolor and they are very straight and tall. They have silvery white trunk that reaches up to 90m into the sky. The Tingle trees  had the biggest buttress roots but the Karri trees are the tallest of the Eucalypts. They are not far behind the Californian Redwood and Sequoia Trees. 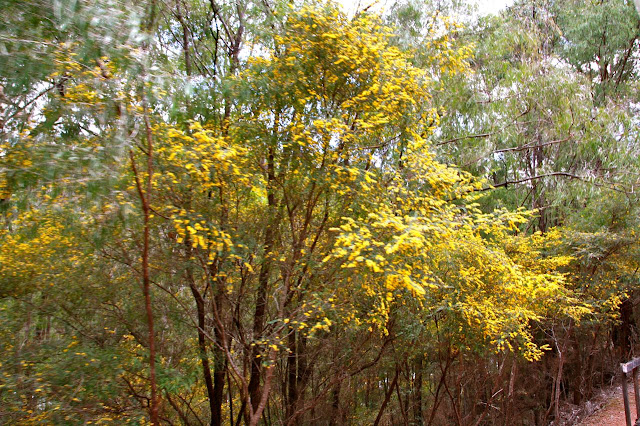 The rail track was lined with colourful flowering trees. Soon we were back at the station and we boarded the bus for a short trip to the Gloucester National Park where the biggest Karri trees are located. 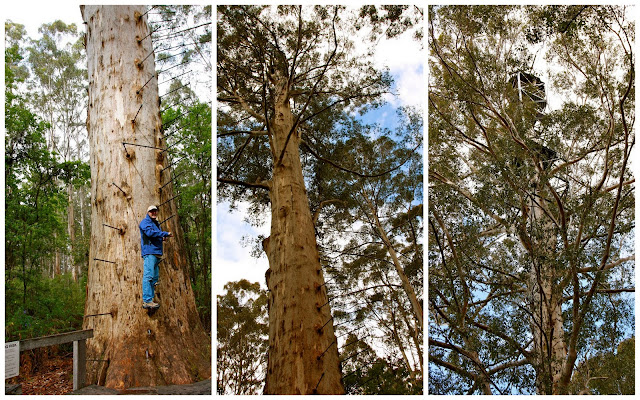 The Gloucester Tree is 72 metres high and is the world's tallest fire lookout tree. Pegs are nailed into the tree and tourists can climb it. Not many succeed. In the far right photo there is a cabin built 61 metres up used as the fire lookout. The tree and park are named after, Prince Henry, Duke of Gloucester who visited the lookout tree when it was first built in the early 1900's. 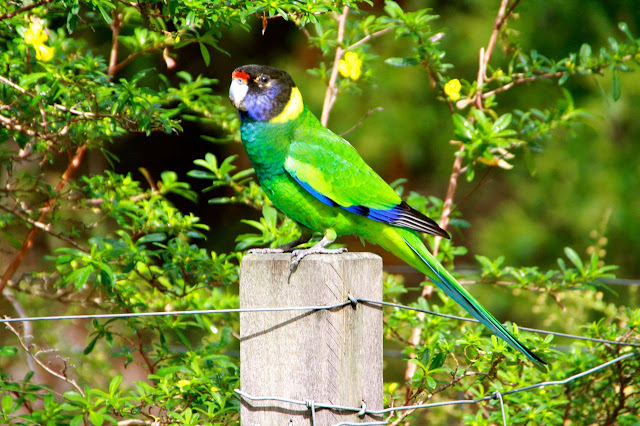 It started raining so we just had time to see a few pretty coloured parrots and... 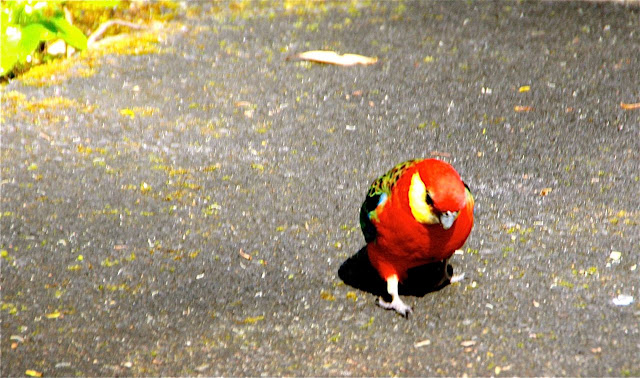 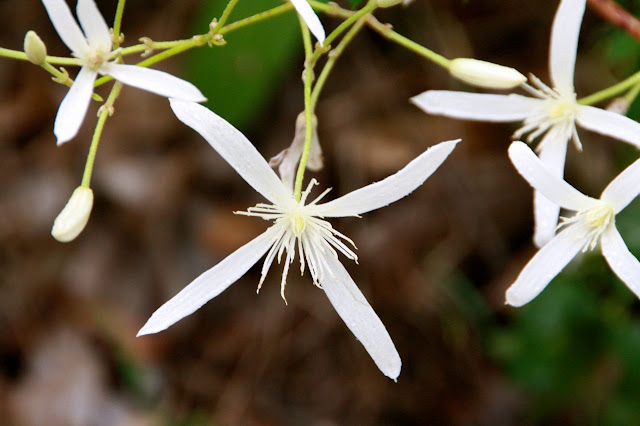 ...some more different wildflowers before climbing aboard the bus for the next exciting place.
Posted by diane b