We arrived in Fremantle late in the afternoon. It was windy, cold and wet. We were glad of our warm hotel room. However, on this night we had to find our own place to eat. Rather than dine in the posh hotel we wanted to experience the "Cappuccino Strip" where the locals enjoy eating. So we ventured out into the cold and found a lovely, cosy, Italian Restaurant.

The next morning we were up early to take photos of the well preserved 19th century buildings that are a feature of Fremantle. Fremantle city is on the Swan River and is the port for Perth, the capital of Western Australia. The locals call it Freo and it is where Australia won the America's Cup some years ago. It is also where my family and I first set foot on Australian soil 62 years ago when we migrated to Australia. 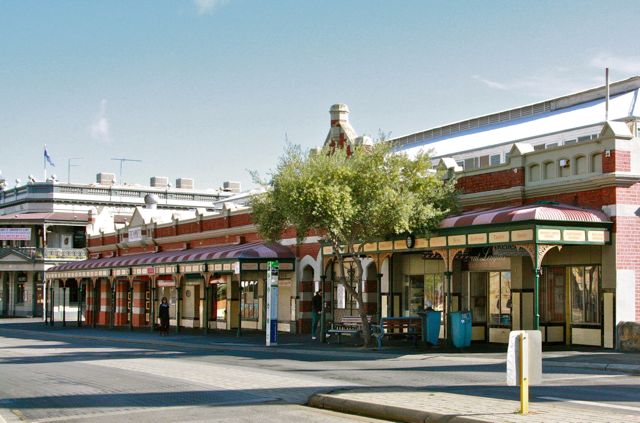 The Fremantle Markets established in 1897 as a wholesale food market traded until 1950. It then became a packing centre until 1970. It was idle for 5 years until the council restored the Federation Romanesque building. It is now a very popular modern market with over 150 shops and many stalls. Unfortunately it was closed. 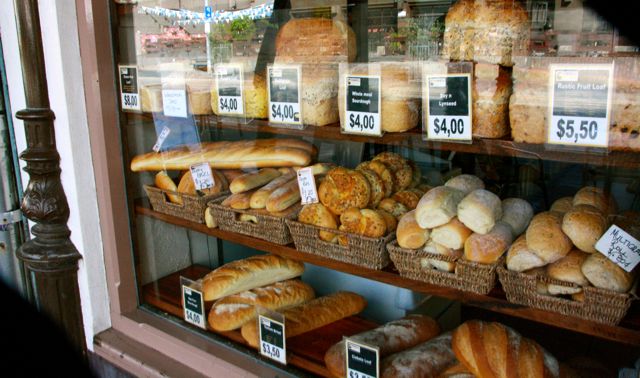 Down the road a little way was a cute little bakery. Everything is expensive now. 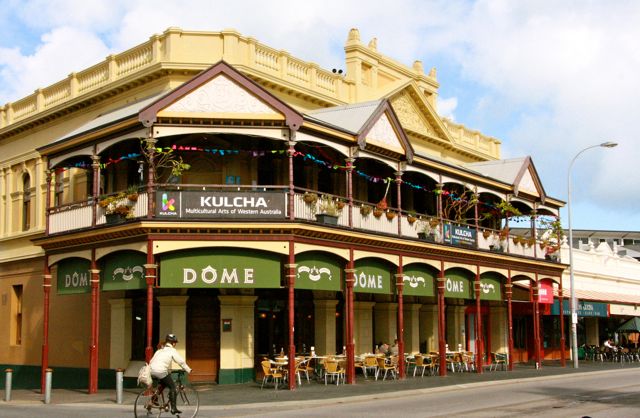 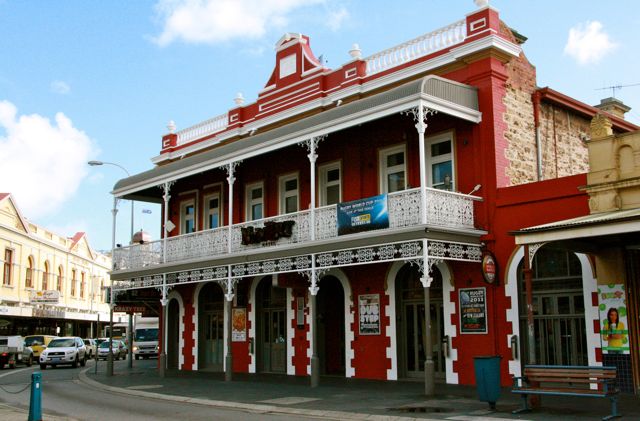 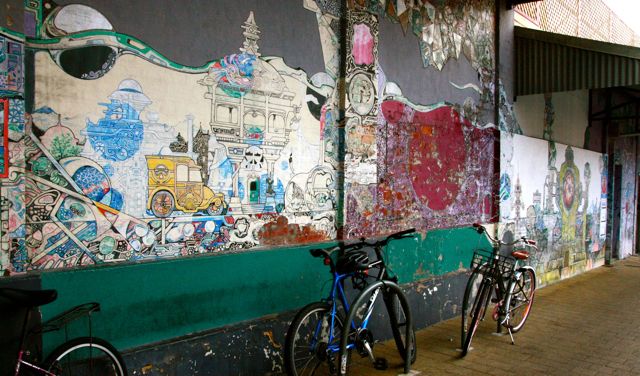 I sheltered from the wind in a lane and found this interesting mural. 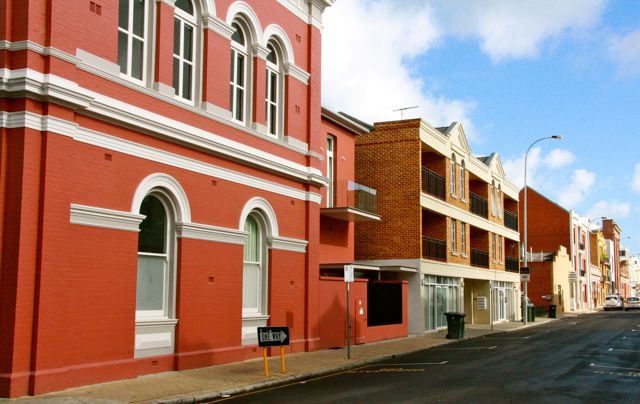 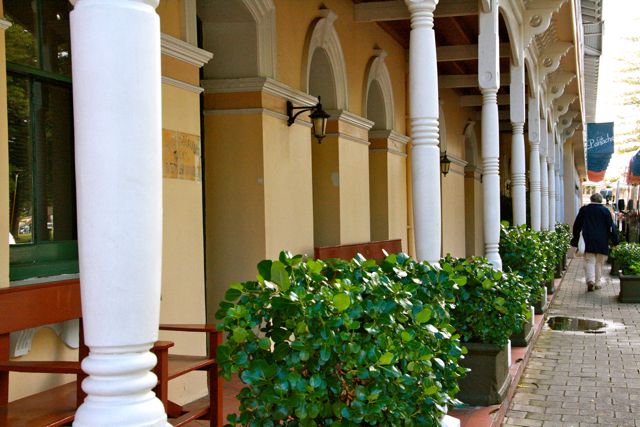 I was happy to return to the warm hotel for  breakfast. The Esplanade Hotel. 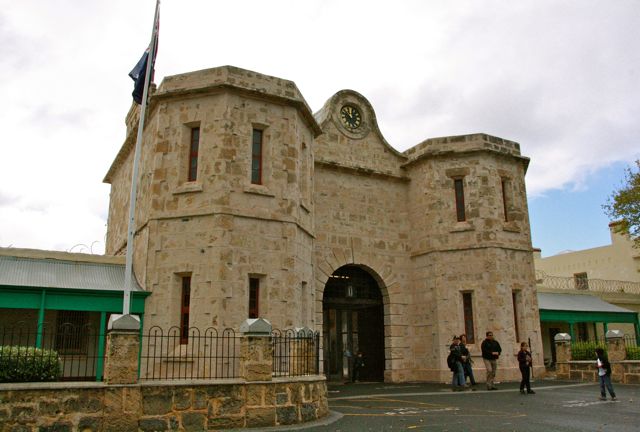 Then our tour group were taken on a tourist tram ride around the city to see even more interesting buildings, but it started to rain again. This is the old gaol. 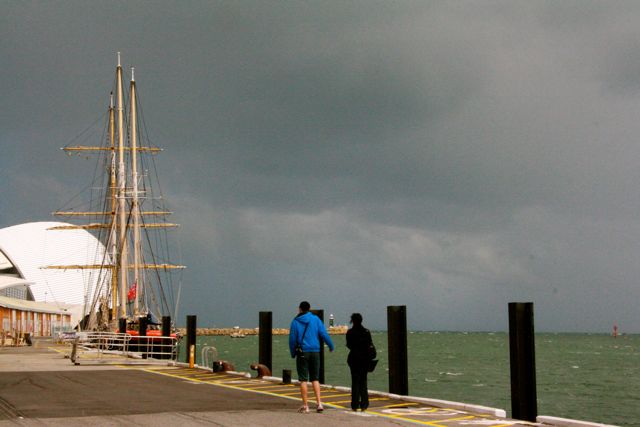 We were deposited on the wharf ready to catch the ferry up the Swan River to Perth. It was cold, wet and windy. At the end of the wharf is the new Maritime Museum. We had the choice of visiting it or doing the tram tour.
Posted by diane b