We stayed two nights in Albany, WA before contiuing our tour with APT. 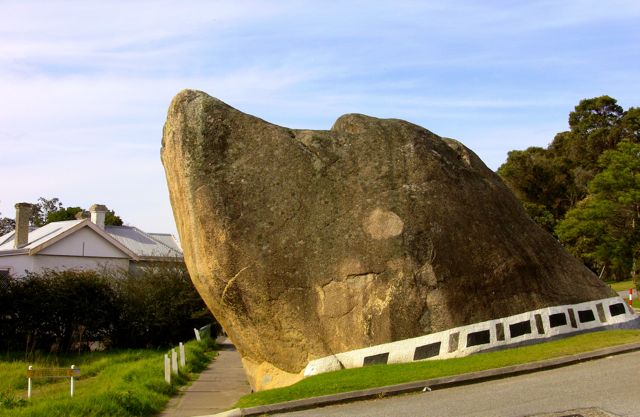 We stayed at The Dog Rock Motel.  Can you see how it got its name? We had the choice of going whale watching or visit an historic farm. I went whale watching but Bill, Helen and Paul went to the farm. 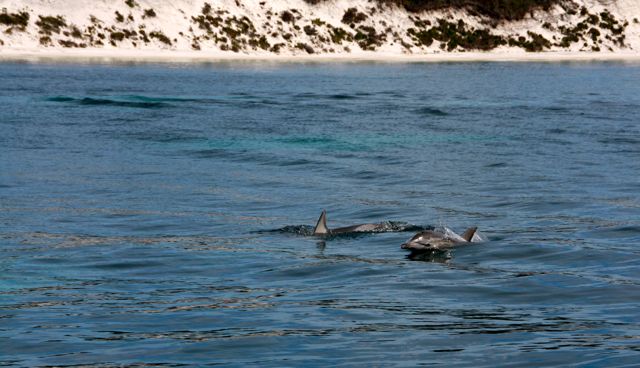 Unfortunately, there were no whales about this trip but we did see some dolphins. They enjoyed surfing in the boat's wake. 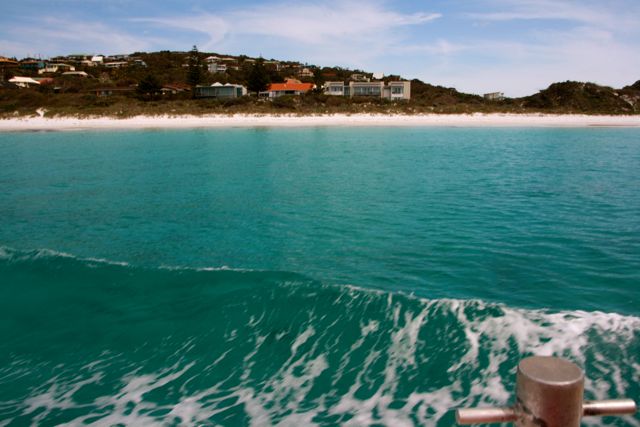 However, the cruise on King George Sound was very relaxing and the scenery was beautiful. There were some posh houses overlooking the beaches. 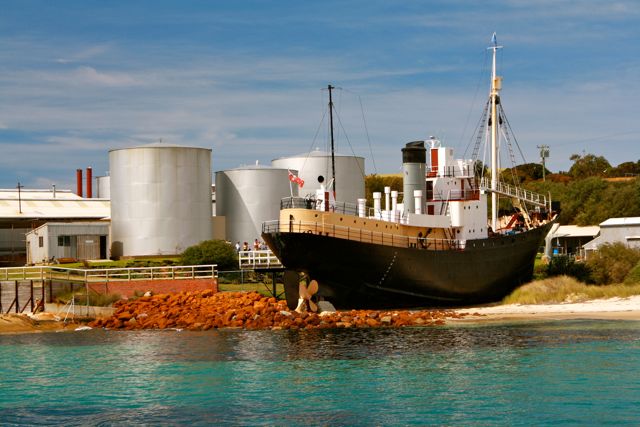 We passed the old whaling station. It was the last whaling station to close in Australia after 26 years of operation. It closed in 1978. It has been transformed into an extremely well organised whale museum. Later we were taken to visit the museum. The boat is the Cheynes 4 whale chaser. The big tanks used to store whale oil but now they are movie theatres where documentaries on whales are shown.  The visual and audio displays were quite shocking to experience. 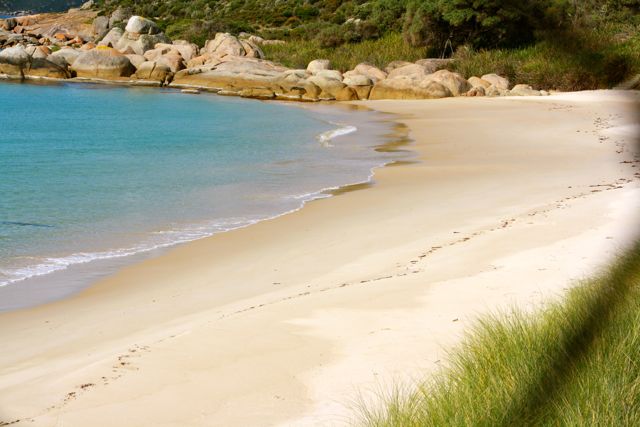 This beautiful beach used to be awash with blood and beached whales. It's nicknamed, "Misery Beach." 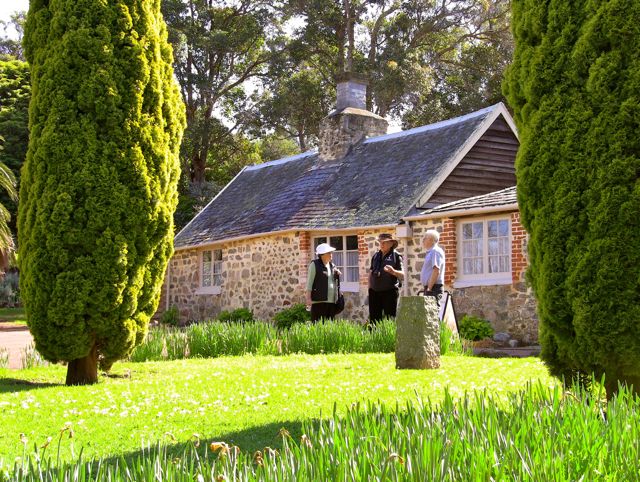 Bill visited an old farm, now a museum. Before returning to the motel, I visited a wind farm and natural arch. (next post)
Posted by diane b