A TRIBUTE TO MY BROTHER, DAVID.

My brother, David, passed away (this morning Aust time) last night in London. He was diagnosed with liver cancer only 3 months ago. Here is a short tribute to his life. 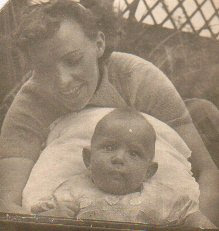 David was born in London in 1937. His proud parents were Florrie and Len. 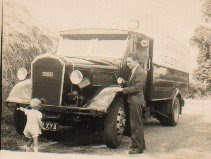 Like all little boys he liked to help his Dad start the truck.(about 1938/39) 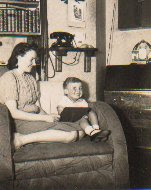 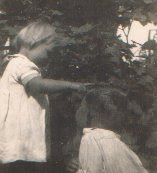 A rare photo of us playing during the war. There was a shortage of photographic paper.

We were lucky to survive the war but life was miserable in England after the war so my parents decided to migrate to Australia. We went for a trip to Yorkshire to say goodbye to our grandparents. (1948) 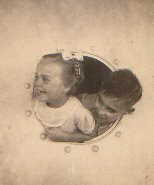 We were on an exciting adventure on the ship going to Australia. It was harder for David as he was a young teen and had to leave friends in London. 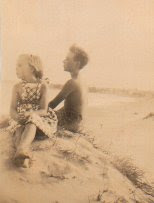 We lived in Sydney and life was tough for our parents, working hard and building a house on weekends but occasionally we had trips to the beach. Cronulla Beach 1950. 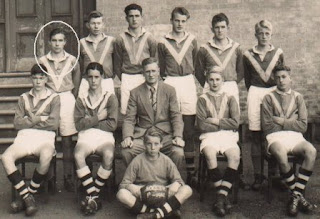 David went to Sydney Technical High School and played Football (Soccer). (He followed football right up to his death. Arsenal being the team that he supported.) During this time he had to look after me while our parents were at work. I could always rely on my big brother if I got into fights with my schoolmates. However we also had quite a few sibling dust ups too. 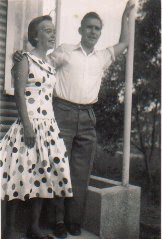 But in 1956 when he was 19 and I was 14 he got a job in Papua/ New Guinea and he left the family home for good. It was sad to see him go but we were all excited for him in his new and challenging career. I didn't see much of him after that. 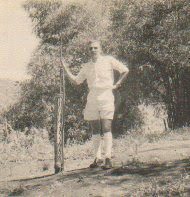 His job was that of a Patrol Officer in the jungles of P/NG. He was one of many young Australians who were given the task of bringing law and order and civilisation to the primitive tribes. His stories were of adventure and danger and we were very proud of him. 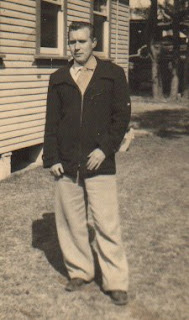 He would return home on leave once every two years. It was an exciting time for us. In 1962 he was sent to the Australian School of Pacific Administration in Sydney for a training course. It just happened to be the same year that I was accepted by the same school to do a Cadet Education Course for P/NG. So I was lucky enough to spend a year sharing a flat with him and his new wife Ann and baby Michael. The next year they all returned to P/NG, while I continued at the school for another year, before I went to P/NG to teach. However I was posted to the town of Pt Moresby and David was in Daru so we had very little contact. 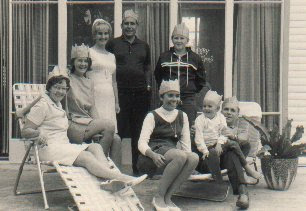 In 1967 we were all on leave and had a rare Christmas together with our parents. Elizabeth and young David were with us too. They are my brother's step children.

David and me in Sydney 1967. Although we both worked in P/NG we were rarely in the same town except for a short time in Pt Moresby before I left to live in Switzerland with my new husband, Bill, in 1970 and then settle in Brisbane in1971. 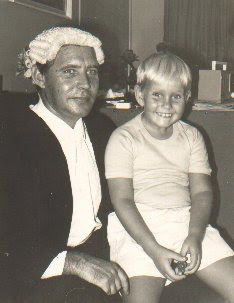 Back in P/NG, David had been working hard and progressed in his career as a District Officer and finally he became the Deputy Clerk of The House of Assembly. (the interim government before independence) Here his son Michael is on his knee. 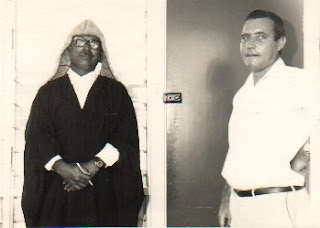 He worked with John Guise, the Speaker of the House at the time.

David was a representative of the P/NG govt. in talks in Indonesia. 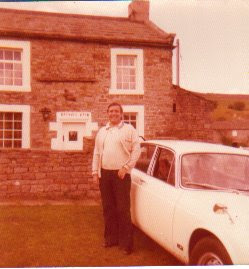 In 1975 P/NG became independent and David's job no longer existed so after working for the people of P/NG for 19 years he and his family decided to try their luck in England for 5 years but they enjoyed living there so much that they stayed there forever. Consequently I didn't see much of him. 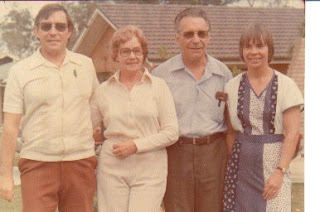 He came to Brisbane to visit us in 1977. A rare time for the family to be together. 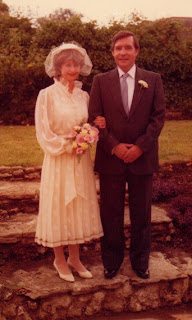 David's daughter, Elizabeth also moved from Australia to England and was married there in 1983. Her brother, David, lives in Victoria. Aust. 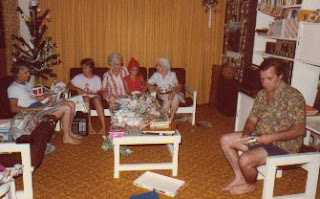 He visited us again for Christmas in 1984. He found it hot after UK. 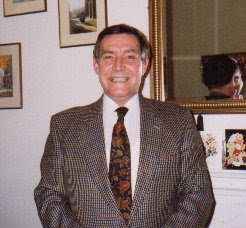 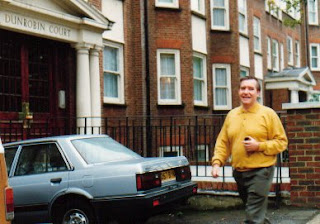 In 1992 we visited him in London. This is outside his home. 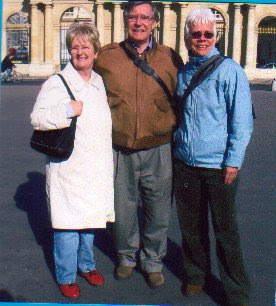 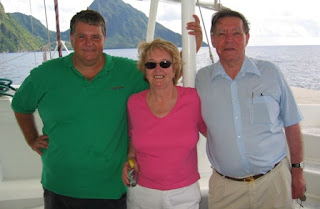 David and Ann enjoyed cruises in their retirement. They went to visit their son Micheal, who lives in St Lucia in the West Indies. David and Ann in their kitchen. David enjoyed cooking. 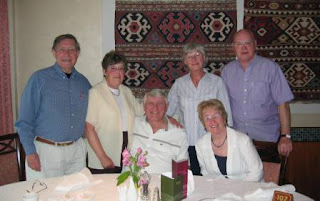 David and Ann often went on cruises with this same group of friends. 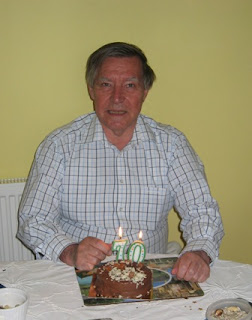 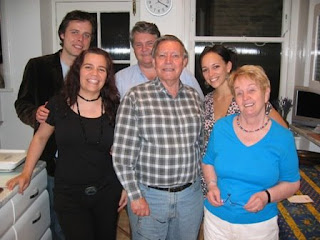 Our daughter Carol and husband David live very close to David and Ann. On this particular day in 2007, our other daughter, Sonya, was in London visiting at the same time as my brother's son Michael was visiting from the West Indies. It was the first time the cousins had all met . 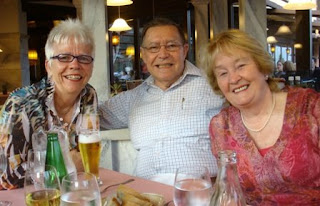 Only 4 months ago, while we were on holidays in Europe, David and Ann came to Switzerland to join us for 6 days in Spiez. We had a great time together and it was very hard saying goodbye. Somehow we both felt this would be the last time we would be together. 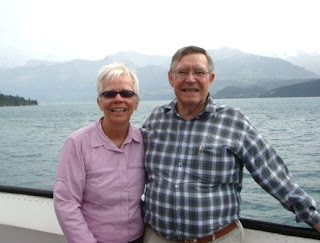 We had a long chat on the ferry on the beautiful Lake of Thun (Toon) and I am so lucky that this is how I will remember him. When he returned to London he had to have a check up, because he had had a melanoma removed. When I returned home in late September, he rang me with the news that the cancer had spread to his liver and he only had a few months to live. He felt well at the time but it didn't take long for this dreadful disease to take him from us at the relatively young age of 71.
He was my big brother and a good bloke. Rest in peace David. All our love and sympathy to his wife Ann and children, Elizabeth, David and Michael and his grandchildren, Adrian and Oliver.
Posted by diane b