BB HAS BEEN BUSY

Since the girls have left home, BB and I live in an empty nest so we turned their rooms into guest rooms. Recently we have had a few visitors including the birds who flew the coop and their mates. I happened to mention to BB that it would be nice to have something on which to put the guests suit cases. So he went to Bunnings Hardware and bought some timber and screws. I heard sawing and sanding going on in the garage but didn't think to take pics until he was nearly finished. He went to an upholster and bought some webbing and finished the job. 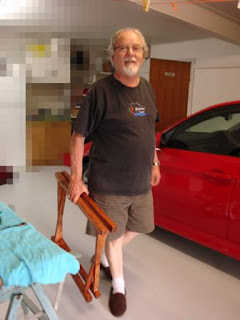 He has made the frame and stained it. 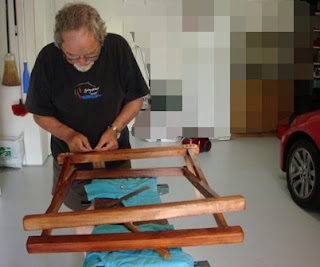 Now to tack on the webbing and I was called to help but I took pics instead. 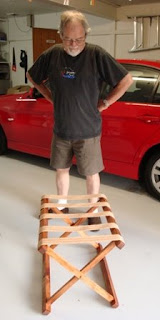 There you go one bag rack. Then he made a second one. 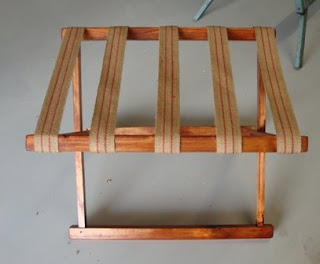 That should do the job. 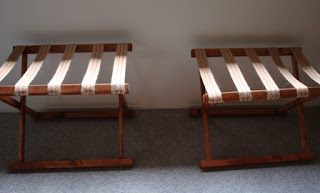 There they are ready for our next guests who arrive on Tuesday. 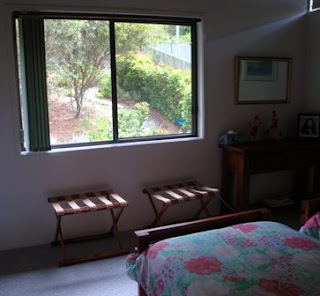 BB may not be much good in the garden but he sure is very handy with timber, hammer and nails. He also made the twin beds and bedside tables in this room. I think the fact that his father was a carpenter may have something to do with it.
Posted by diane b