We left Simi Valley,  near LA, early and headed north to Yosemite National Park, it was a 5 to 6 hour drive. My cousin, Chuck and his wife, Lois were taking us on a 3 day tour. Chuck had made arrangements to meet two of his sisters, Bonnie and Lynne at Yosemite. Lynne had especially flown from Boise, Idaho to meet me, I felt so honoured. She flew to Sacremento and picked up Bonnie at Folsom nearby and then drove to Yosemite to meet us. I was very excited to be meeting them again after 41 years, although Bonnie had visited us in Australia in the 90's. 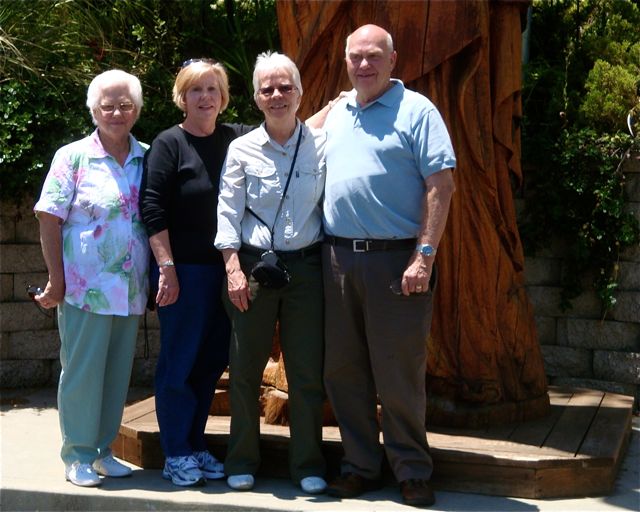 I was excited to meet my cousins, Bonnie, Lynne, me and Chuck. 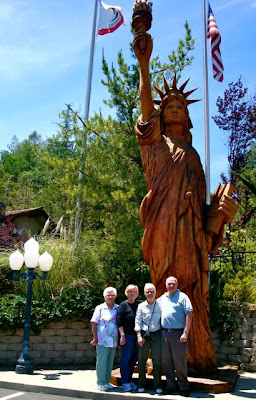 We had lunch at Oakhurst a small town outside of the Park.We saw this statue of liberty carved out of a tree trunk.We were off to see some huge Sequoia and Redwoods as well as the scenic Yosemite N.P.

The Sequoia trees are the largest trees in the world, their size is measured by the volume of timber not height. The Redwood trees belong to the same family as Sequoias, they are slimmer but taller. They were all giants to me and absolutely amazing. You can get a feel of the size by comparing the size of Lois, Chuck, Lynne and Bill at the foot of the tree. We were in the Mariposa Grove part of the Park. 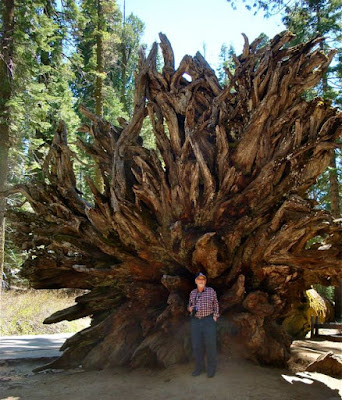 A fallen tree shows the size of its root system, which is quite shallow for such a huge tree. 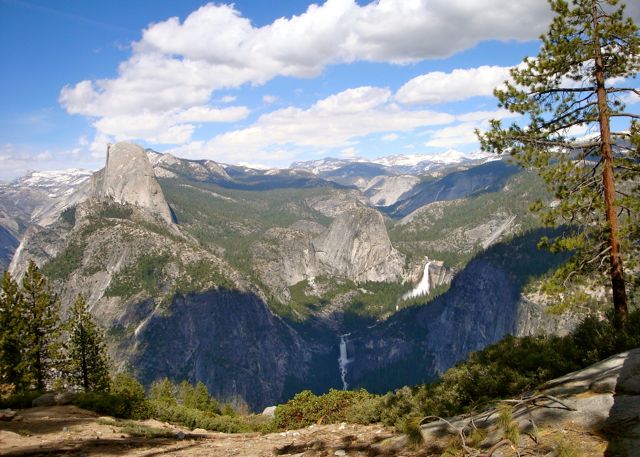 Then we drove along the windy Glacier Point Rd until we came to this lookout/overlook as it is called in USA. The scene took my breath away. I remembered seeing this scene with the Half Dome mountain in a Geographic Magazine and now I was actually here in person observing the beauty. 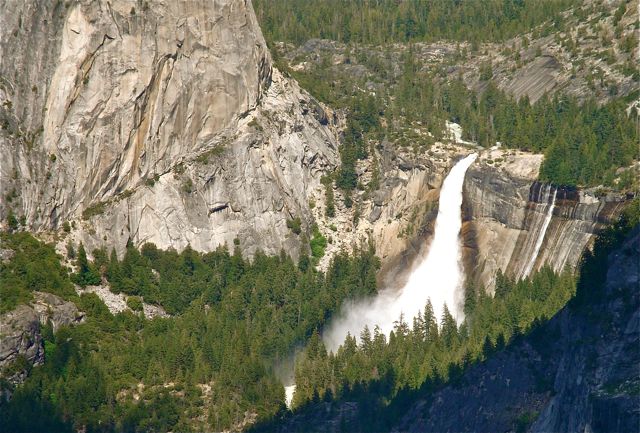 There was an above average snow fall last winter and the rivers and waterfalls are full to the brim. It made a splendid scene. The Yosemite Falls 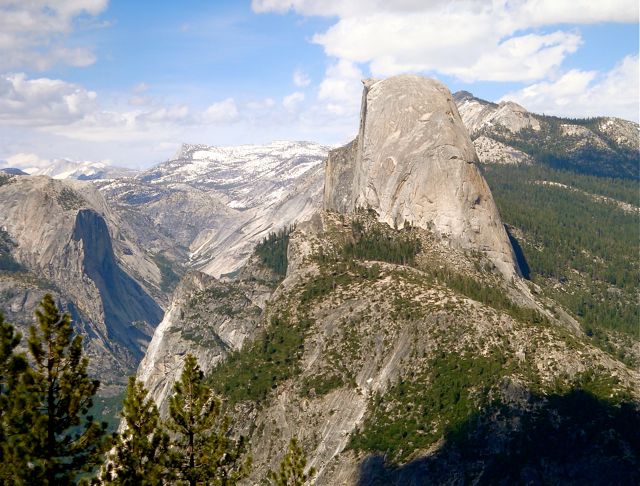 My cousins told me stories of how they used to camp here when they were young and climb to the top of Half Dome. How exciting that must have been. 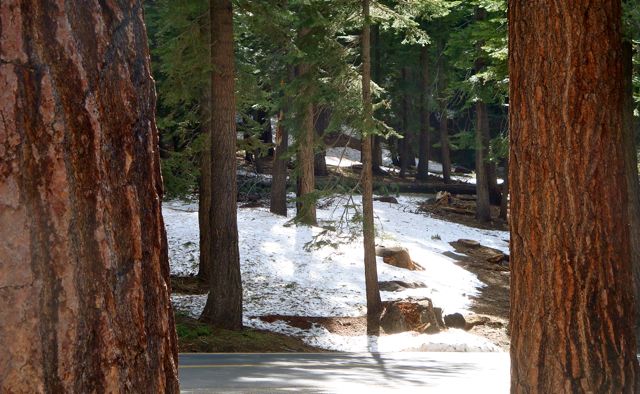 There were still patches of snow about. 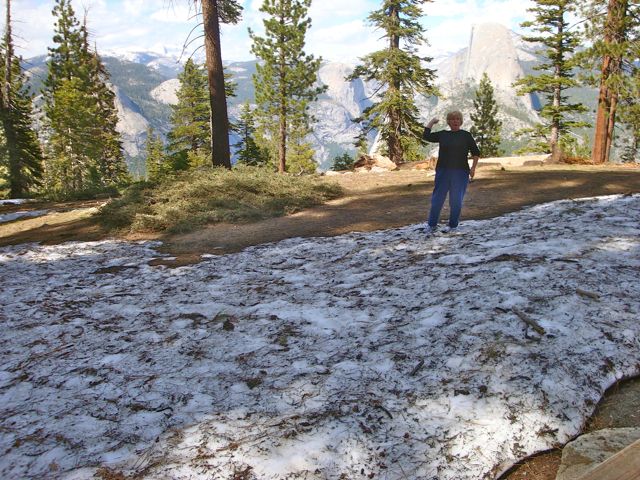 Fun loving Lynne couldn't help but throw some snowballs at us. We all got on so well  as if we had grown up together. They really made us feel part of the family.
Posted by diane b

Email ThisBlogThis!Share to TwitterShare to FacebookShare to Pinterest
Labels: Yosemite