We left New York and stopped in Philadelphia for lunch before going on to Washington. Philadelphia is the capital of Pennsylvania and the birthplace of the United States of America. We did a quick bus tour  of 'The Old Town'  and then we were dropped off and given a map and 2 hours to do our own thing.  We went to the Liberty Bell Center first but when we saw the queue we changed our mind. However, the walls of the museum were mainly glass so we peeked in and could see the bell at least. 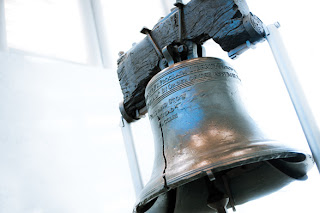 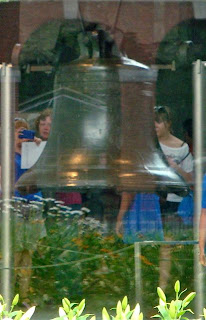 The museum was full of school children as well as tourists and there are a lot of reflections on the glass, so I included a pic from the web. The Liberty Bell was cast in London and sent to Pennsylvania State House (now called Independence Hall) in 1753. It is 12 ft around the rim and the clapper weighs 44lb. The clapper cracked the bell on its first use. Local artisans tried to fix it but not satisfactorily. However, it was still put in the tower. Engraved on the bell is: "Proclaim Liberty throughout all the Land unto all the Inhabitants thereof." 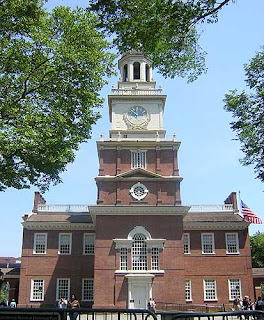 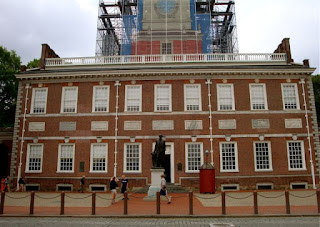 The Independence Hall was shrouded in scaffolding so I found a pic on the web but it looks different we were probably at the back. It was built in 1732-53 and was the most ambitious public building in the colonies . The 'Declaration of Independence' was adopted there and 'The Constitution of USA' was signed there.

We found a food hall for lunch and a coffee. We had a famous Philadelphian Beef and Cheese sandwich. We had an interesting conversation with the young girl who served us coffee.
"Are you from England?"
"No. We are from Australia."
"That's in England, right?"
"No."It is a different country."
"Where is it?"
"Down Under. Have you heard of that?"
"No."
"It is south of the equator."
"What's that? It is a long time since I left school, like 10 years, I can't remember that stuff" 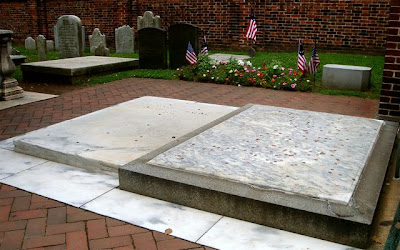 After lunch and a laugh we continued our walk around the Old Town. We passed the graveyard where Benjamin Franklin was buried. He spent most of his life in Philadelphia and London. He was a printer, author, inventor, diplomat, statesman, philosopher. and a philanthropist. He helped write the 'Declaration of Independence" and signed the 'Constitution'. 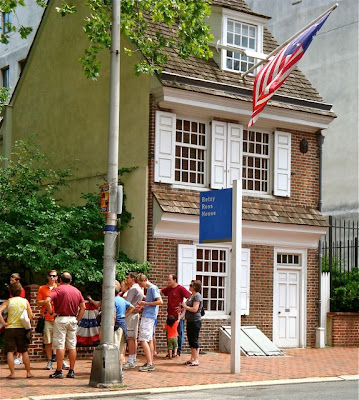 The Betsy Ross House. There is still debate about whether Betsy Ross made the first US flag. She was a war widow three times and brought up seven children by working as a furniture upholsterer.She rented the 1740 home with its teeny tiny rooms. 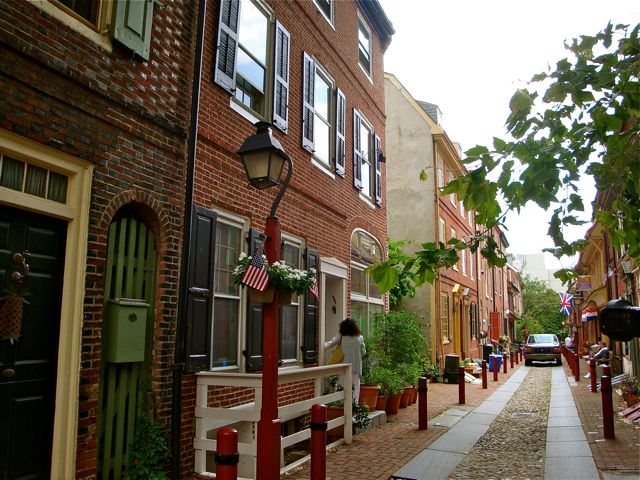 I just loved Elfreth's Alley. It is the oldest residential street in USA. These houses have been lived in continuously for 300 years. 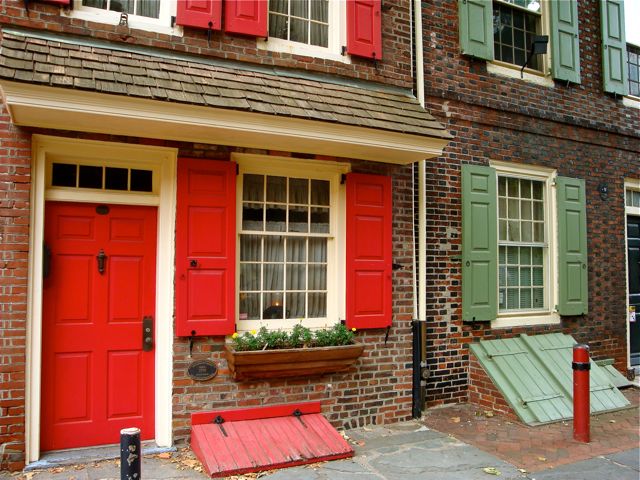 In the 18 century they were occupied by artisans and craftsmen. Later merchants and seamen and later still by European migrants. 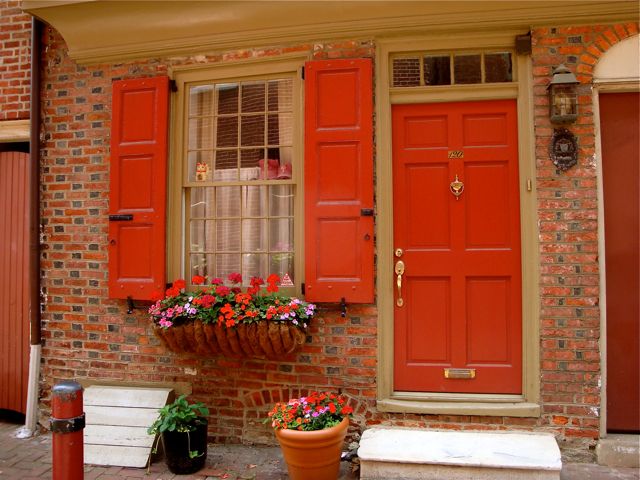 In the 1920's the houses were becoming dilapidated and were about to be demolished when in 1930 Dorothy Ottly pushed to have the houses restored to preserve the history of everyday people. That is how it is today. There is a lovely little museum in one of the houses. On the website link above there is a history for each house.