Besides meeting Bill's cousin, we also made arrangements to meet some of my cousins. It so happens that I have many relatives in USA but I only know a few of them. Three of my mother's brothers migrated from England to the States around 1930's. I believe there were uncles who migrated before that. They have all had big families so therefore I must have lots of American relations. My parents migrated to Australia in 1949 with my brother and me. My brother and family returned to England and our daughter Sonya and family have moved to USA so I have no relatives here other than our daughter Carol-Ann and SIL David. So I was looking forward to meeting some of my cousins. I had met some of them 41 years ago when we last visited USA. 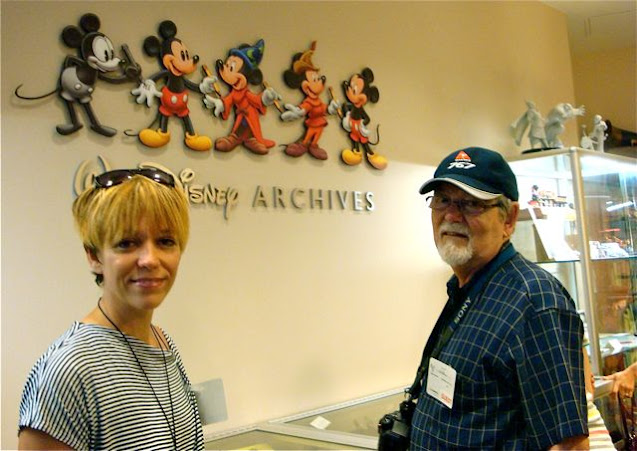 My cousin Chuck, arranged with his son, Jim, for us to make a tour of the Disney Archives and the studio lot. Jim does work for Disney Studios as a animatronic designer and operator. He makes the animals come alive. Sonya and Bernie came too and so too lots of other family members and their children. It seemed unreal to think that I am related to all these people. 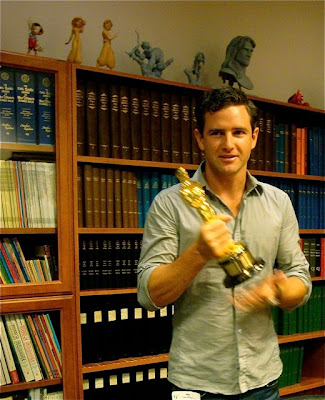 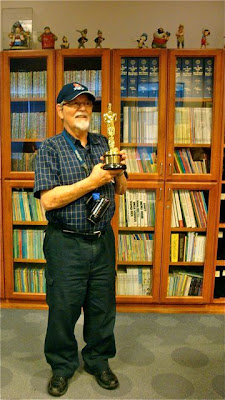 We all got a turn at holding a real Oscar award. It looked really good in Bernie's hand.

After checking out the interesting archives and listening to a talk by a staff member we went outside to walk around the studio lot. 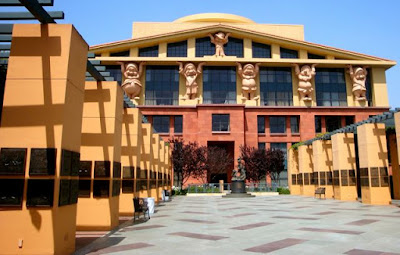 One of the studios with the seven dwarf sculptures. On all the posts in the quadrangle there........ 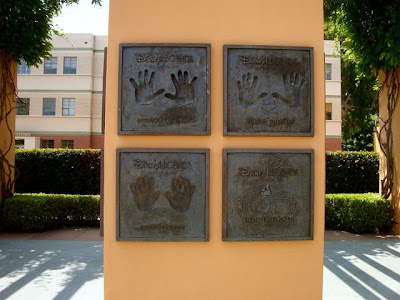 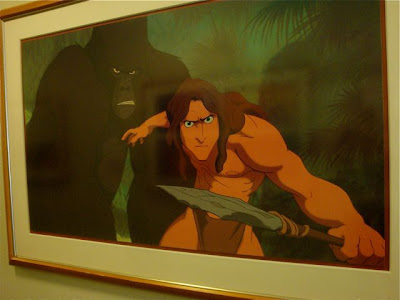 Then we went into the animation building. This was nostalgic for Lois, my cousin's wife because she was an artist here many years ago. 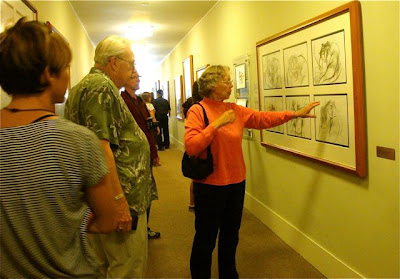 Lois explains to us how animation used to be done before the advent of computer technology. We said goodbye to Sonya and Bernie (he was off to an audition). Then we had lunch with the big family in the studio cafeteria before driving to Paula and Jim's home in Simi Valley. Jim's mum and dad, Chuck and Lois had driven from San Louis Obispo to take us for a tour of Yosemite National Park for the next 3 days. Paula was amazing as she whipped up a dinner for all of her guests. Jim's brother David and wife Parien were there with their children as well. We stayed overnight there before........... 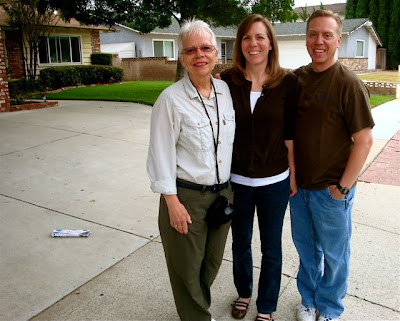 heading off towards Yosemite. We said goodbye to Jim and Paula and thanked them for the tour of Disney studios and for the overnight stay. They were so friendly and kind.
Posted by diane b