We arrived in Washington late in the afternoon. The tour group was taken to dinner and then on a night tour of the illuminated memorials. 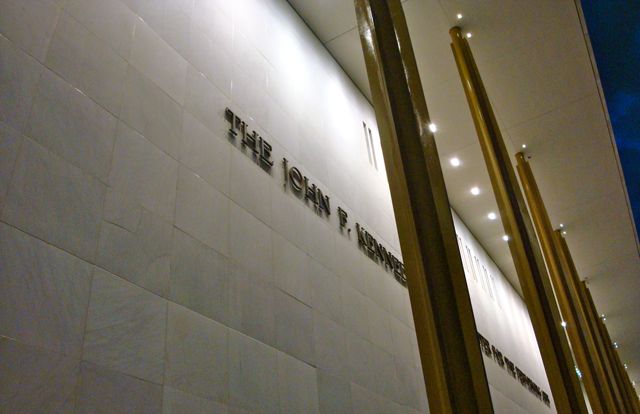 The first one was The John F Kennedy Centre for the Performing Arts. It is a huge building, so big that I couldn't fit it in the lens of my camera. It was in the pipeline for many years but it was Kennedy who pushed to bring culture to the Capital Washington. It was partly funded by the Federal Govt and partly by private funds.The Kennedys donated $500,000 and Jackie was the chairman of the board. 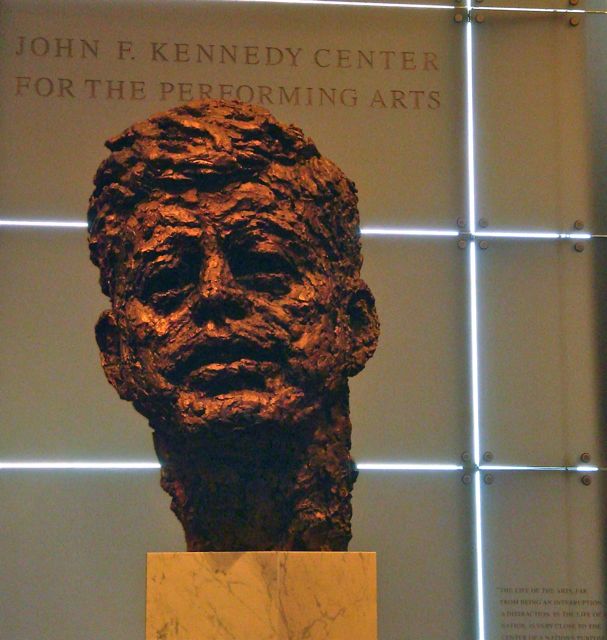 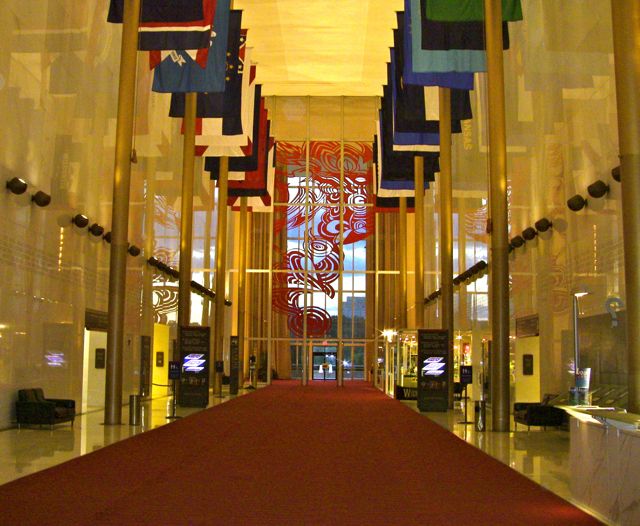 It is a beautiful building inside too. Many donations were made by other countries. Marble from Italy, glass from Sweden, Aboriginal Art from Australia and other items worth millions from other countries. 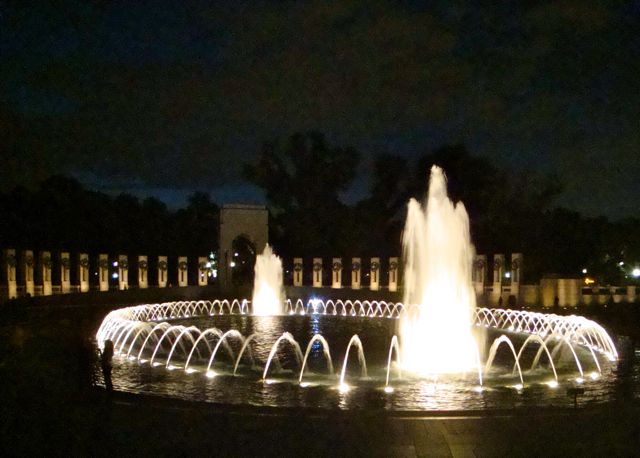 Then we all piled in the bus again and went on to the World War 11 Memorial. Built by private donations it was opened in 2004.It is surrounded by 56 pillars representing states and colonies. There are twin pavilions with waterfalls representing the Pacific and Atlantic Oceans where battles were fought. The Freedom wall has 4,000 gold stars representing the 400,000 Americans who lost their lives. It was a spectacular memorial built between the Lincoln and Washington memorials. 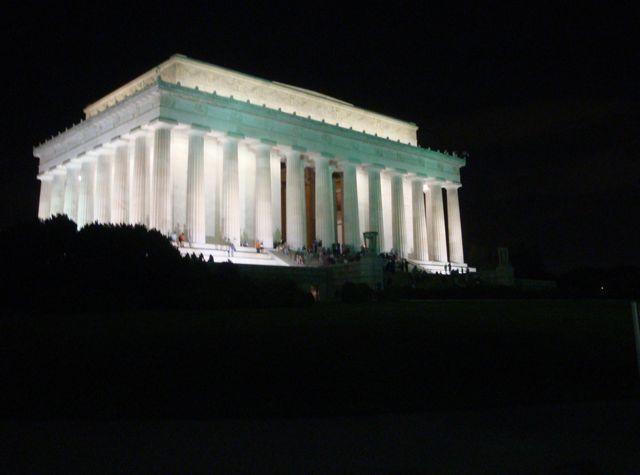 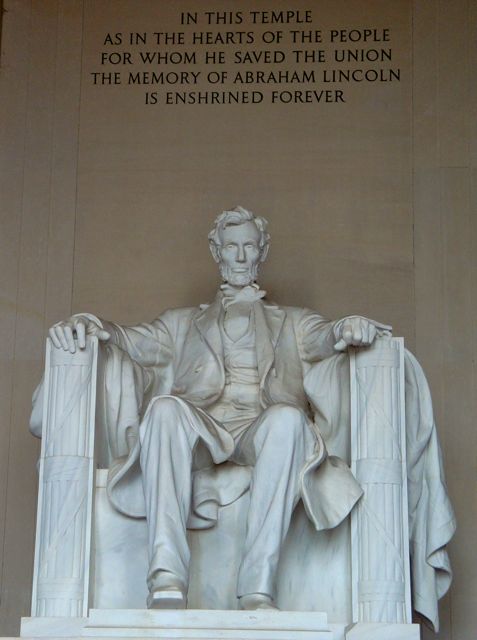 Lincoln's statue inside the temple. It is huge!
Posted by diane b