LUNCH WITH A LIZARD

We went to our local nursery, Neilsens Native Nursery. for some potting mix. It is a good nursery, which has won lots of prizes for being the best Native Nursery in QLD. It is quite big and it has a variety of native birds there too as well as a big aquarium section in the building at the back of the photo. Another added attraction is a little restaurant, which is how I con Bill into coming with me to the nursery. He's not keen on gardening but having lunch out he can't refuse. I didn't have my camera so phone camera had to do. 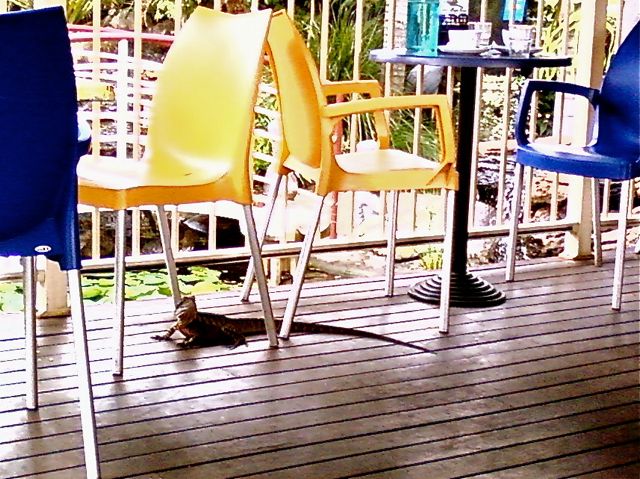 When you enter the restaurant you are greeted by Mr Lizard.
He came over to our table hoping for a snack but you are not allowed to feed them....... 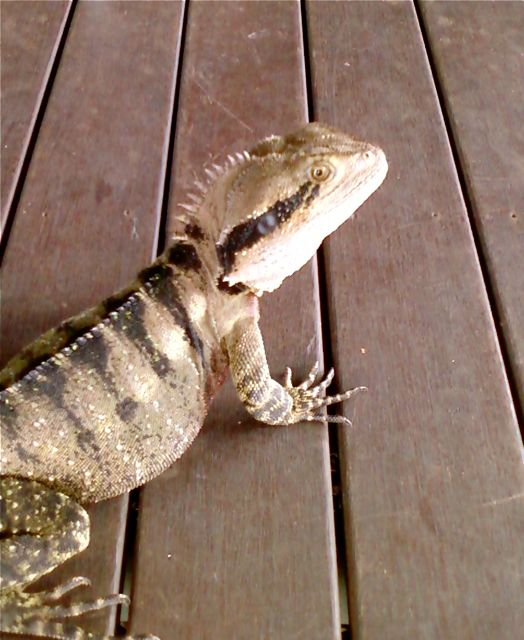 .......even when it gives you the pleading look. He was right next to my chair and I had to step over him to leave. They are not shy here. 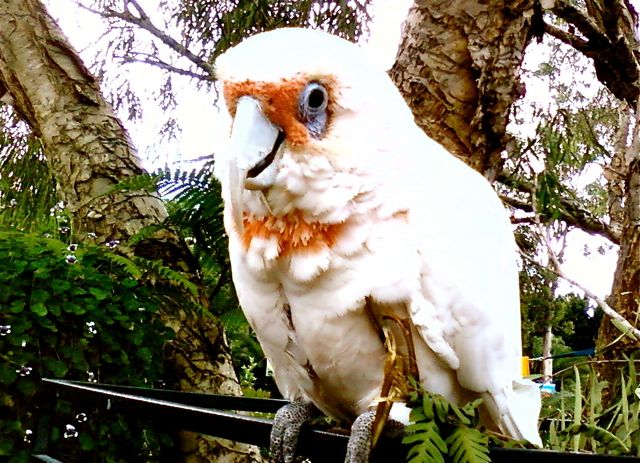 We walked around the nursery and heard this fellow asking for a scratch, I was a bit hesitant of his sharp looking beak so he didn't get a scratch from me.
Posted by diane b