My brother, David, left home at 19 in 1956 to work in the jungles of Papua/New Guinea as a Patrol Officer. He sent us many letters and coloured slides of his adventures. (I don't know what happened to his slides but I did find this old print.) From the news we received from him, he was enjoying his work, which was exciting and sometimes dangerous. He had to navigate crocodile infested rivers, climb steep mountains and penetrate villages where tribes had not seen white men before.We had missed him and we were looking forward to him coming home for 3 months leave, which is what Patrol Officers got every two years. 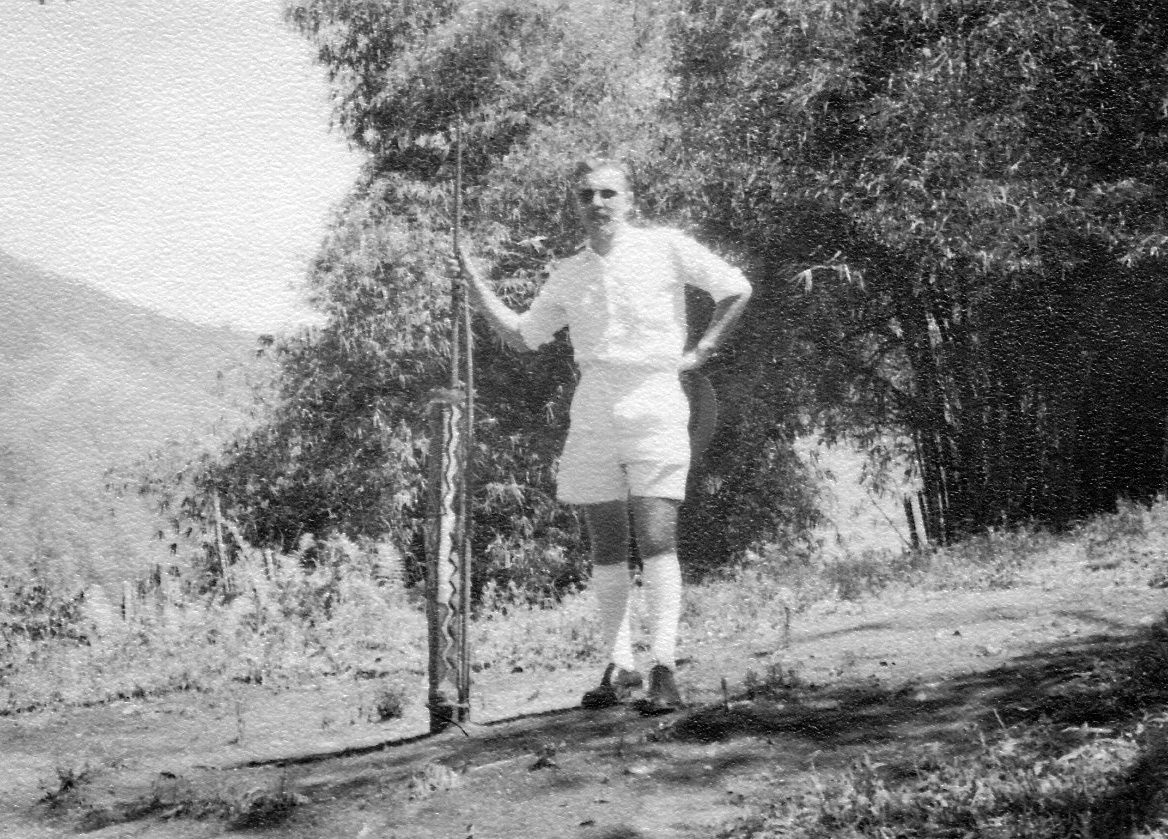 
While David was home and I was still on school holidays we went on some day trips. On Boxing Day we drove into the Blue Mts, west of Sydney, to the small town of Blackheath. David invited his friend Mervyn and his sister Shirley.

There we met our friends Ida and Jenny who had come from Mudgee, on the other side of the mountains. Ida had adopted another two children, Fiona and Robert, since the last time we saw them.

Another day we headed down the south coast to Wollongong and Mt Keira lookout. Mervyn was David's best friend from when they were at high school. He worked in Sydney and remained friends with my parents until they died. He kept an eye on them for David and me, as neither of us returned to live in Sydney.
Posted by diane b