After we left the Goodwill Bridge (last post) we continued on our walk along the river edge into the old City Botanical Gardens. The gardens were first established in 1825 by convicts who grew food crops for the prison colony. Later, in 1855, it became a botanical garden where Charles Frazer experimented with adapting imported plants to this new environment. Due to the gardens being flooded nine times and plants washed away, a new Botanical Garden was established at Mt Coot-tha on the higher side of the city.

There were lovely plants along the walkway to the gardens even though it was all flooded here in January. 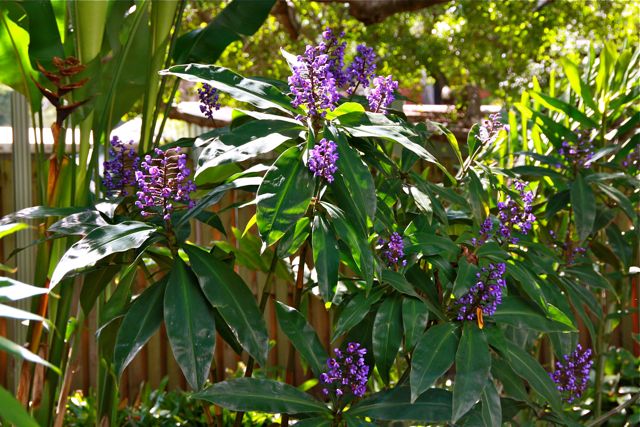 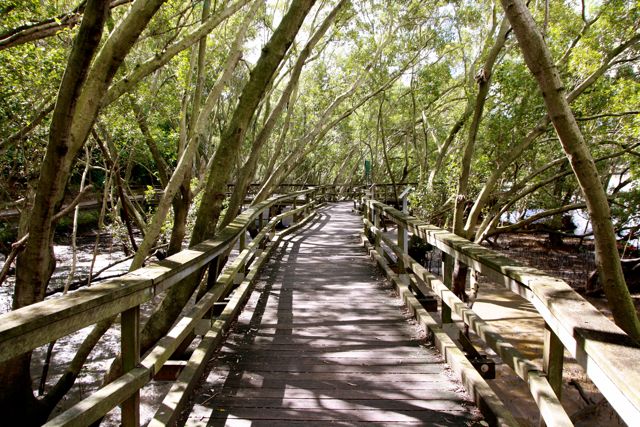 We turned off the main path and continued along the boardwalk through the mangrove trees.
Mangrove trees provide fish with a breeding ground, birds with a feeding ground and the trees prevent erosion. The spikes are pneumatophores or aerating roots which are sent up from the main root. They collect oxygen for the plant which has its roots mostly covered by water. 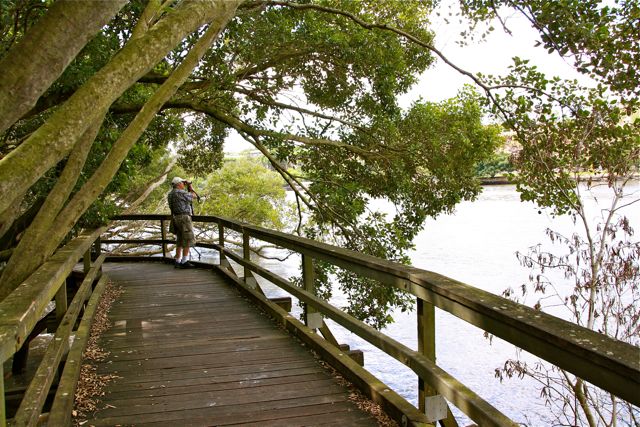 We continued walking until we..... ...finally entered the botanical gardens. Soon we needed a rest and a snack. We were lucky to find an empty bench where we gobbled down some eggs, apples, cheese and Easter buns. It was beautiful sitting under the huge trees. The garden has very old trees, rainforest trees and exotic plants, but alas someone was a bit tired and didn't want to go on and see more plants. It did look like rain and we had a long walk back to the car. So we headed back to the bridge and South Bank where our car was parked. This time we took the main path higher above the river. 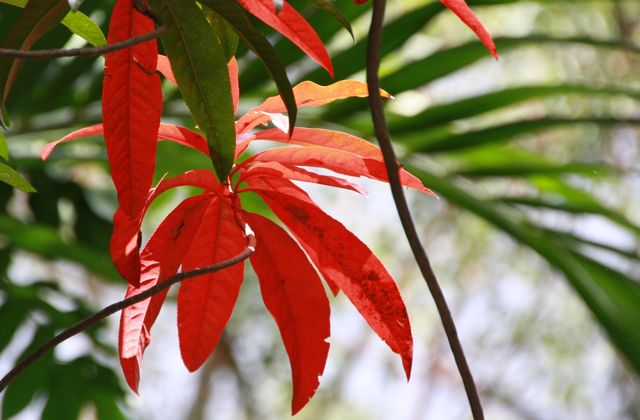 What is this? I think it is an Autumn leaf, we don't have many deciduous trees in Brisbane but I think I found one here in the gardens.
Posted by diane b