I was sports mad at school and tried out for every team possible.  In the winter of 1958, I swapped  swimming for athletics, and basketball for hockey. My favourites were swimming and hockey. 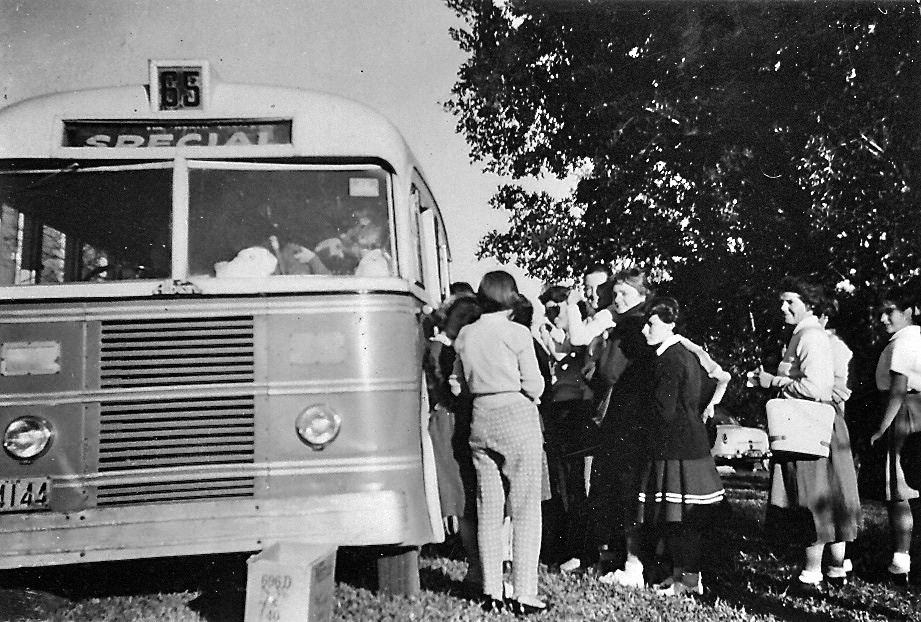 Just look at that wreck of a bus!!! I can't believe I ever travelled in such a crate. We were going to a weekend hockey carnival in Wollongong 85k south of Sydney. I can't remember if we won but we did have loads of fun. 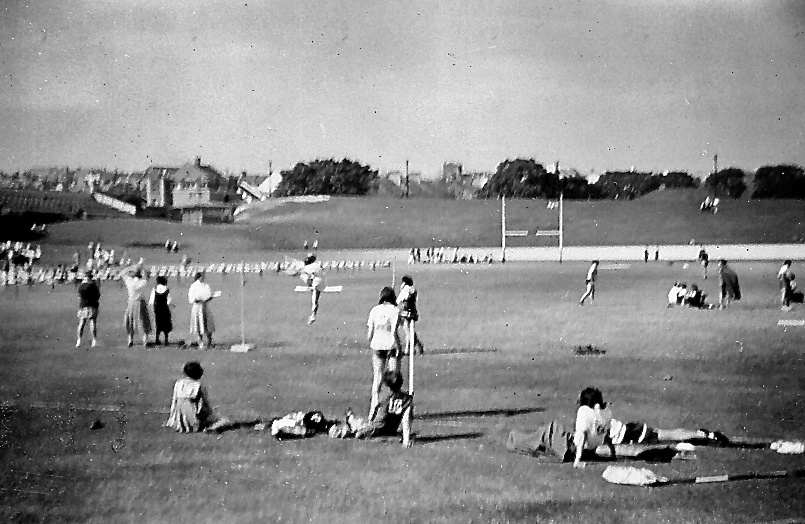 I managed to qualify for high jump at the state championships but didn't get a place. I can't believe I even tried this sport since I am so short (5ft 2'' jumping over 4' 2'' wasn't easy). 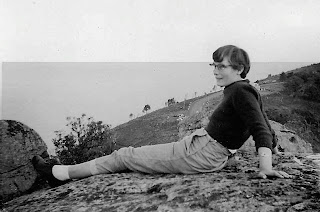 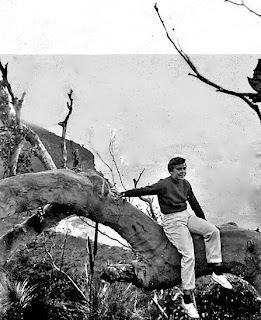 When I wasn't playing sport I enjoyed hanging out with friends like most teenagers. My best friend at school was Margaret, she lived on the same rail line as me but further down the south coast at Otford. In those days there were no electric trains this far south of Sydney. We caught rail motors or steam trains. I was invited to Margaret's place for the weekend. I had to make sure I was on the right steam train that stopped at her little village, Otford, and didn't go non stop to Wollongong.


Margaret had two brothers and a sister, a friendly, homely mum and a school teacher dad, whom I was wary of at first. It was quite a different household to mine and it was a new, learning experience. Lots of people, pet dogs and newspapers tucked under the cushions of the lounge. After I helped her with the chores and fed the chooks we were allowed to walk down to the beach. It was quite a long way down and an exhausting hike back up, but the beach was pristine and beautiful. We had it all to ourselves. In summer we used to sunbake and swim but not this day as it was winter.
Margaret and I have kept in touch with Christmas Cards. She now lives in a little village in the country near Cootamundra, NSW. A few years ago we visited her on one of our road trips. It was great to see her after 40 odd years.