A Blogalk in Brisbane City

Last week caught the train to Central and walked along Ann St to collect a Photobook that I had printed of the photos I took on our Kimberly Top End Holiday. We were very pleased with the book. Then we walked to King George Square, we passed The Palace Hotel...... 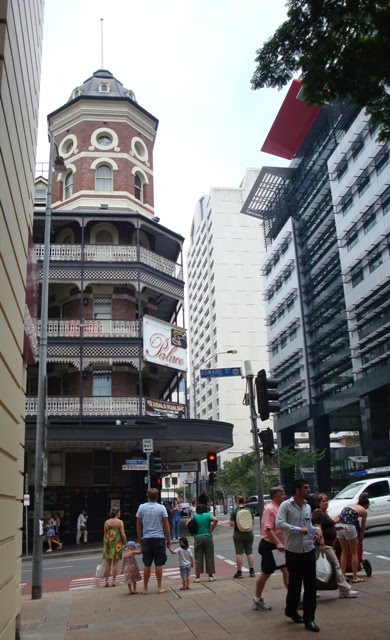 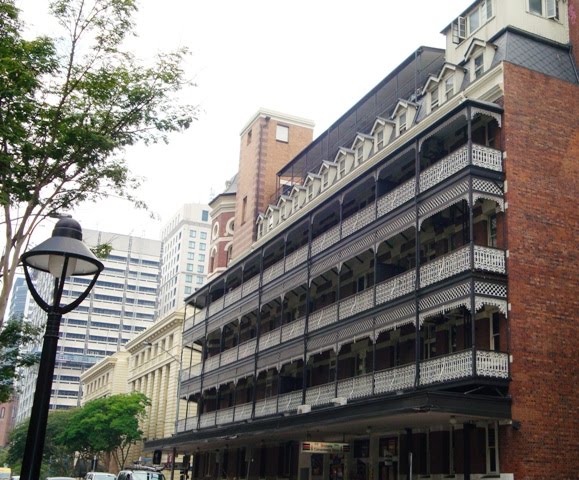 Then I spied this lovely old building squashed between the high rise offices. It is the School of Arts. The postman is pushing his cart in front and the little green vehicle is a gum cleaning machine. 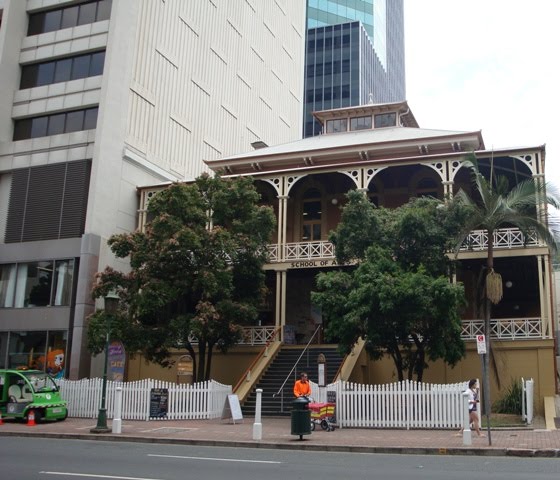 A bit further along this beautiful church is dwarfed by more high rise. 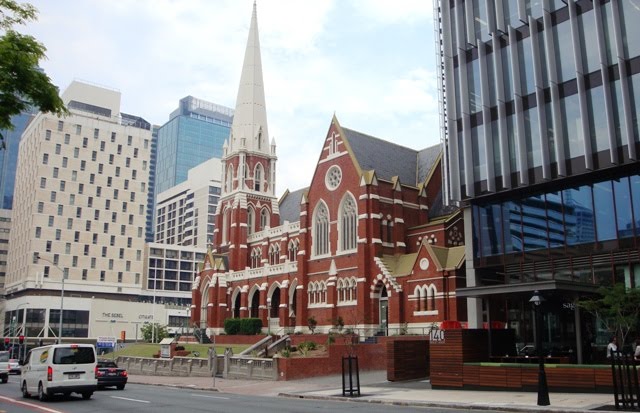 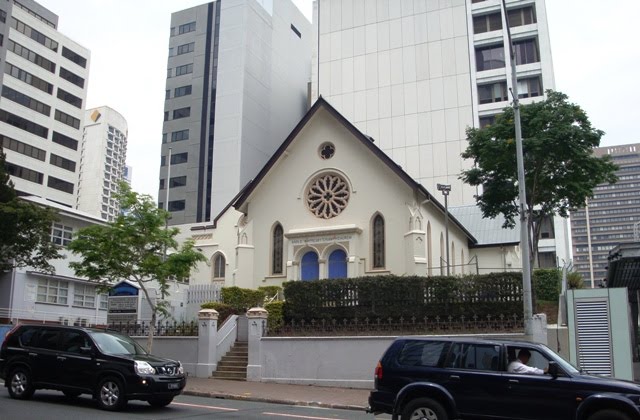 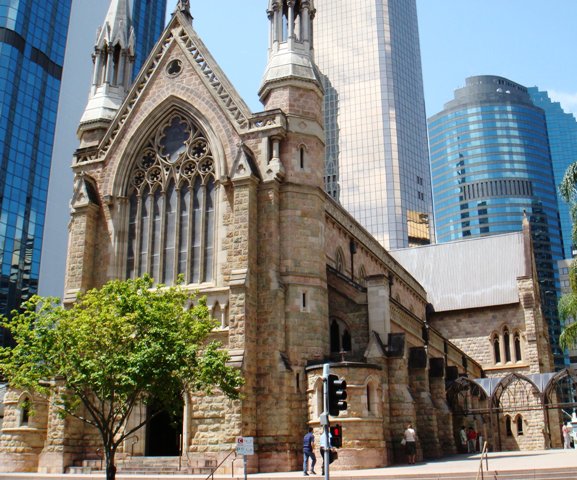 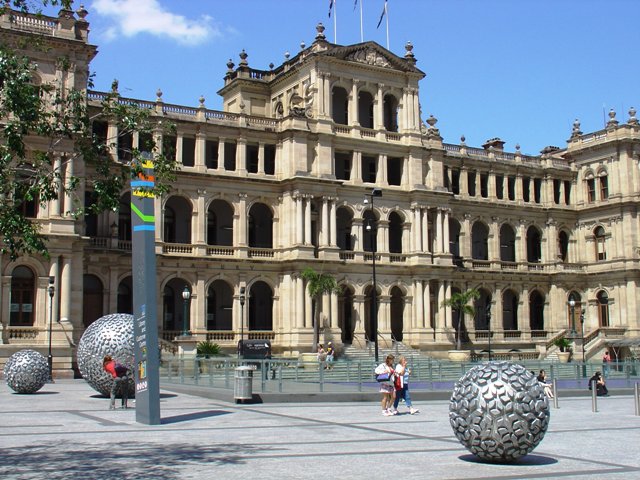 The old Treasury building is now a casino. 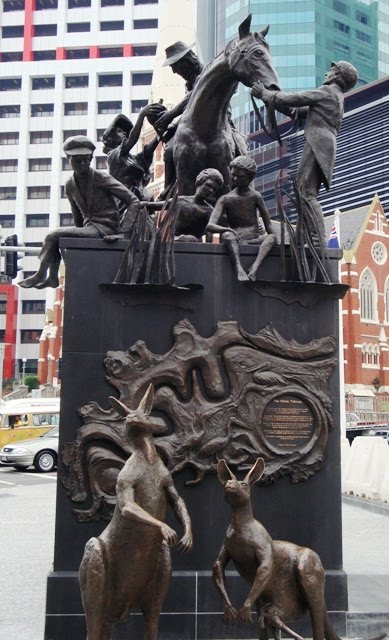 The Petrie Tableau sculpture in King George Square. Made by Stephen Walker in 1988 for the bicentenary in honour of the early Brisbane settlers. It depicts The Petrie family and aboriginal neighbours in 1842. They are saying good bye to Andrew Petrie who is departing on an expedition to the west. The boy, John, holding the horse became the Mayor of Brisbane. I found a kangaroo to cuddle. 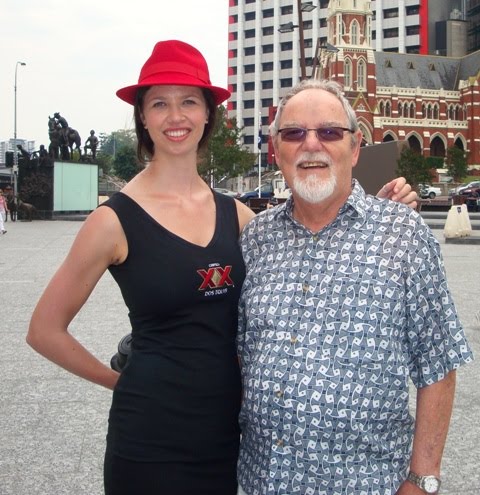 Bill found a pretty girl to cuddle. She was promoting a beer.

Email ThisBlogThis!Share to TwitterShare to FacebookShare to Pinterest
Labels: Brisbane