For those who don't know, I like gardening but I am hopeless at growing vegetables. However with BB's help I persevered but with very little success. We bought soil from the nursery and planted beans, silver beet, tomatoes and lettuce. We picked a few meals of beans, silver beet and lettuce but then everything suddenly died. We planted again and nothing came up. We bought a ph test kit and the readings were not far off normal. Anyway we hit the soil with Ammonia Nitrate, blood and bone and compost from kitchen scraps. I noticed that not even weeds would grow in the patch but one little tomato plant appeared as a volunteer from the kitchen scraps. In the meantime I added fertiliser. Suddenly the tomato bush exploded! We kept putting a new stake in every few days until we ran out of stakes but it kept growing into a monster, feral, bush with heaps of flowers. (But nothing else grew??) The bush has been producing Cherry Tomatoes for the last few weeks, lots of them. 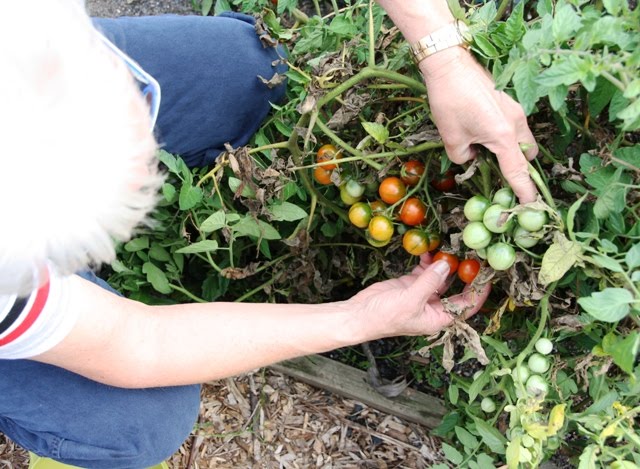 The bush crawled over the path. 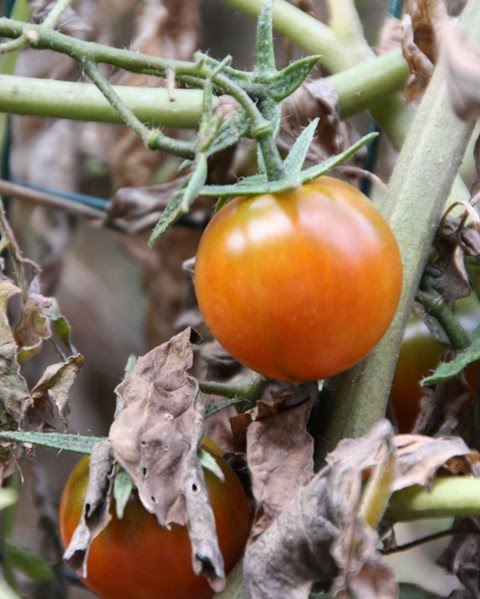 Now the leaves are dying but the fruit is still ripening. 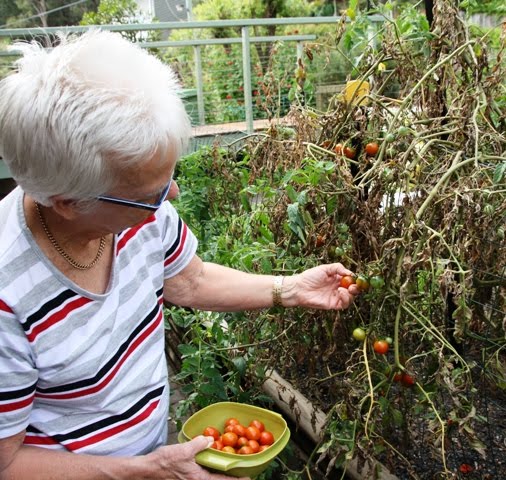 This is the other side of the bush where it grew over the wallaby proof fence. 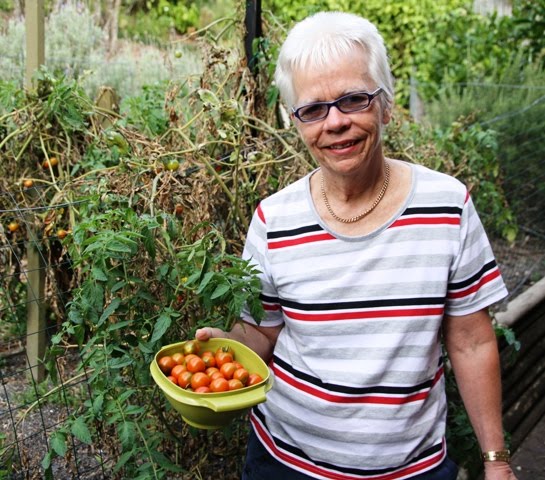 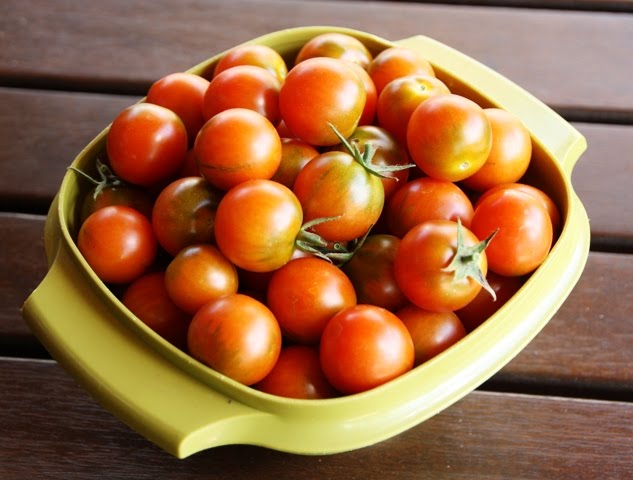 The day before yesterday's crop......every second day a bowl full. 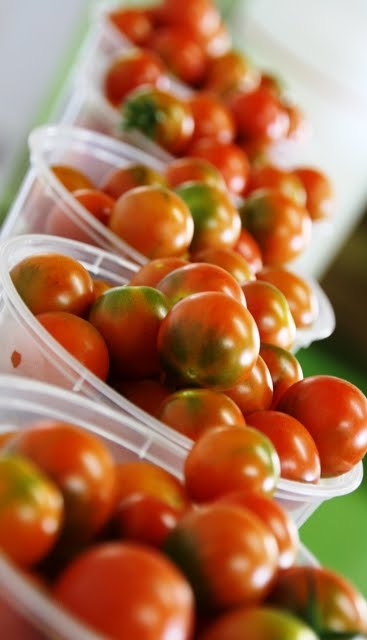 I have filled many containers and given them to neighbours and friends (BB doesn't like them). Some I turn into chutney, which is a wonder since I can't cook for peanuts. 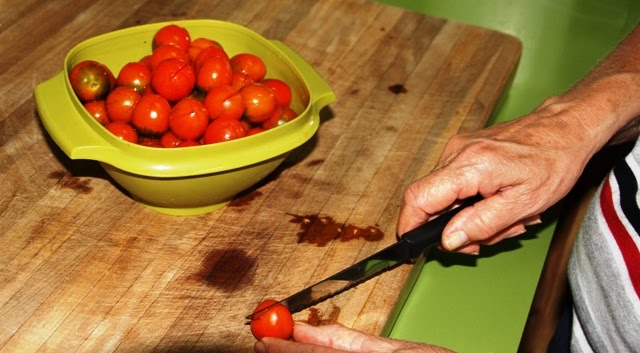 Cut a cross on the bottom. 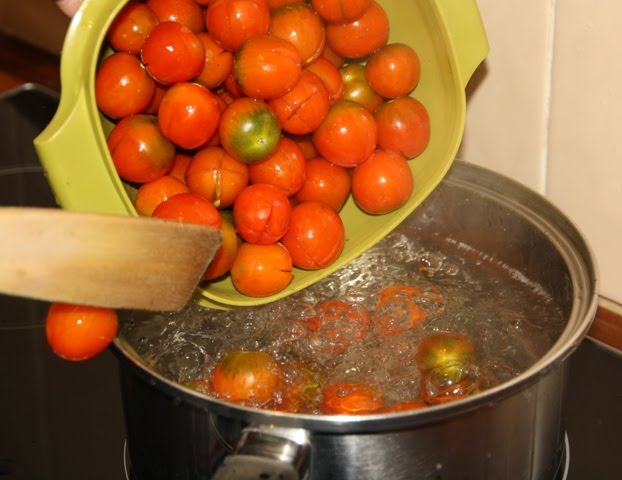 Drop them into boiling water for a minute. Let them cool. 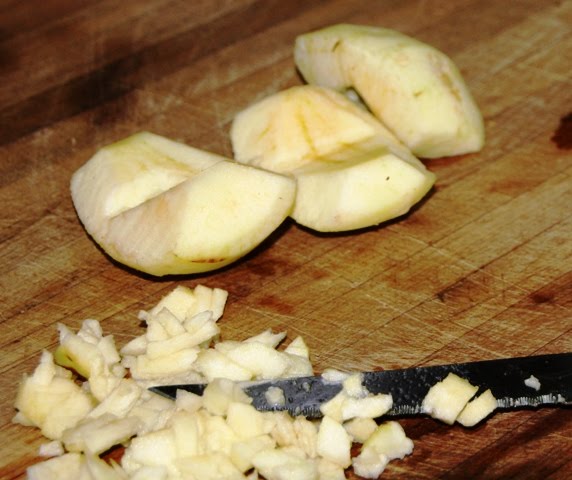 Chop up an apple. 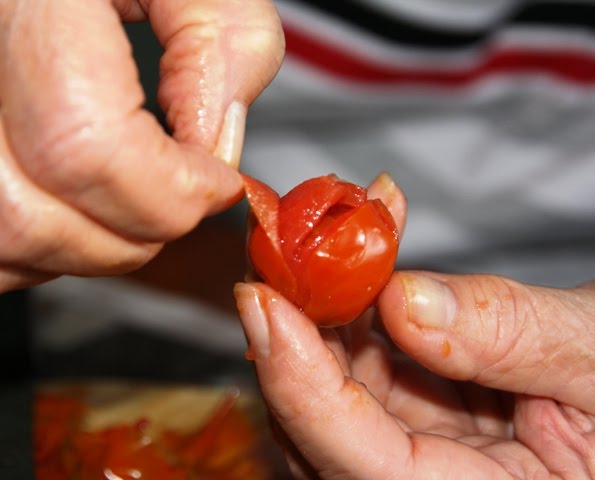 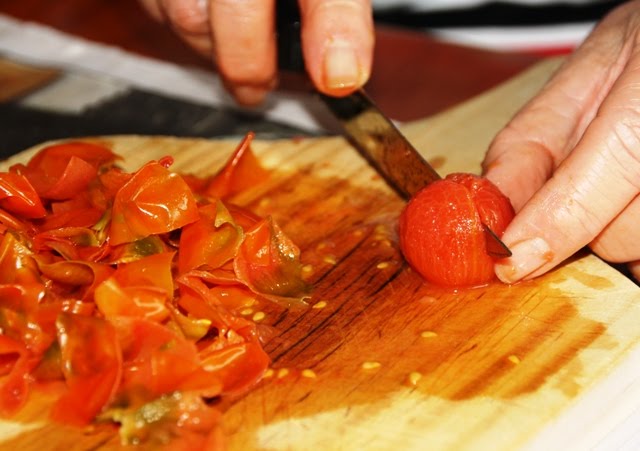 Chop them if you can be bothered. 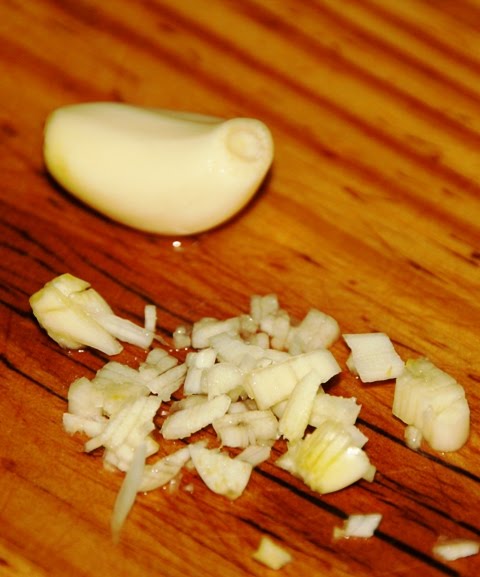 Chop two cloves of garlic, wash the smell off your hands. 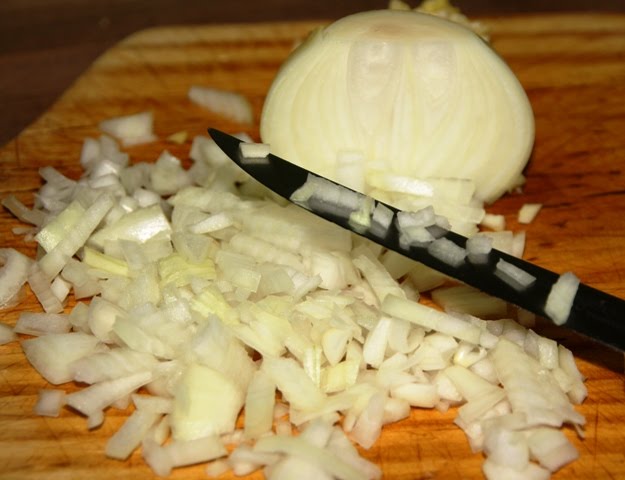 Chop an onion, have tissues handy. 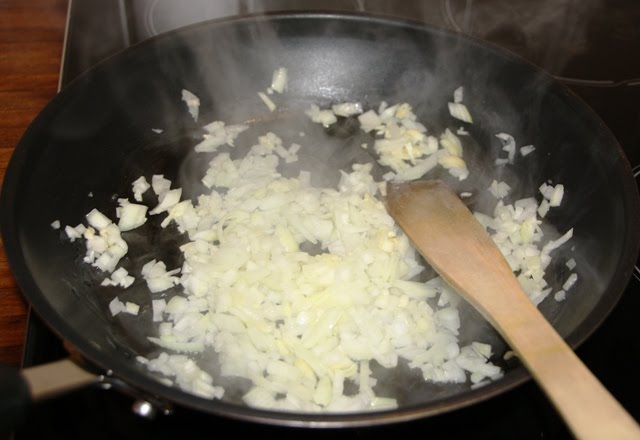 Fry onion and garlic in oil. 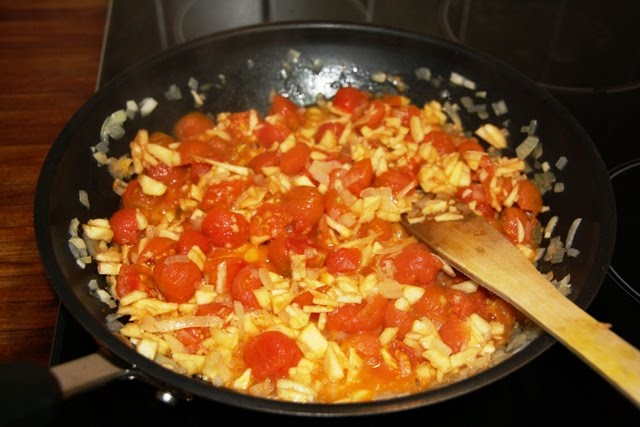 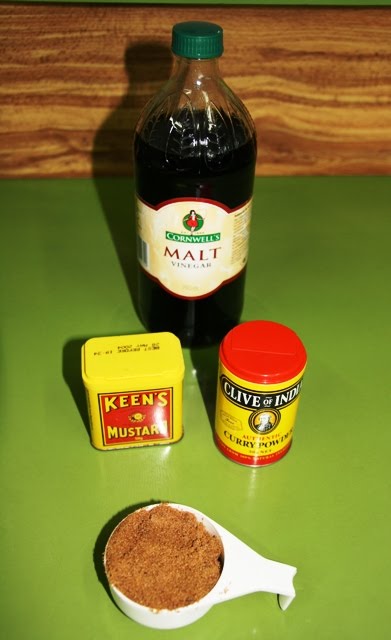 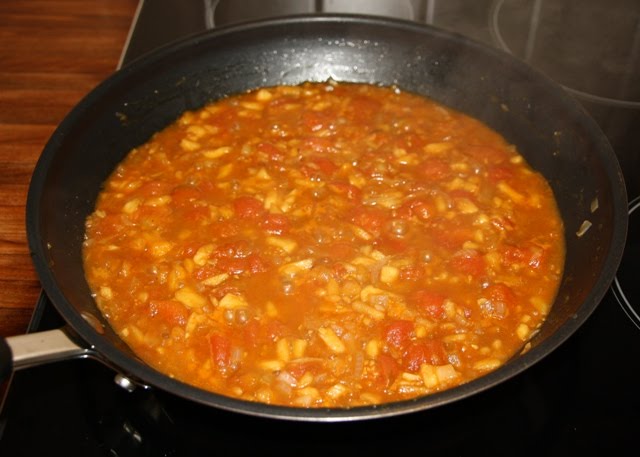 Add a pinch of salt and pepper and let simmer for an hour or until it is thick and slushy like chutney. Taste it and hope for the best. 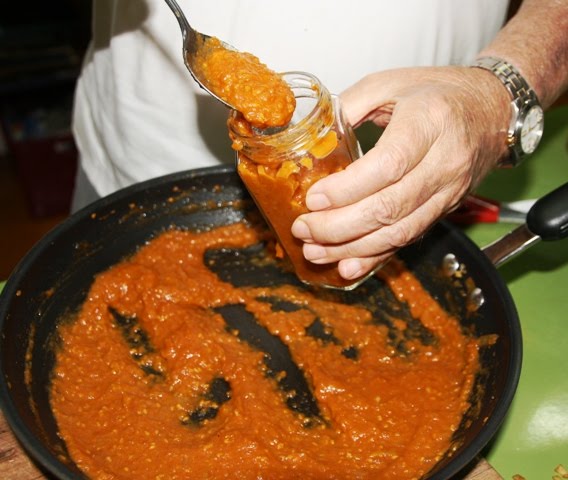 Then bottle it and fill all the shelves in the fridge with Feral Tomato Relish.
Posted by diane b