After watching the birds of prey we walked through the Wildlife Park until we came to the Nocturnal house, where the daylight and night time have been reversed for the night animals so that we humans can enjoy seeing them hunting for food. No photos as it was dark and flashes would scare the animals. Next we visited the Aquarium. 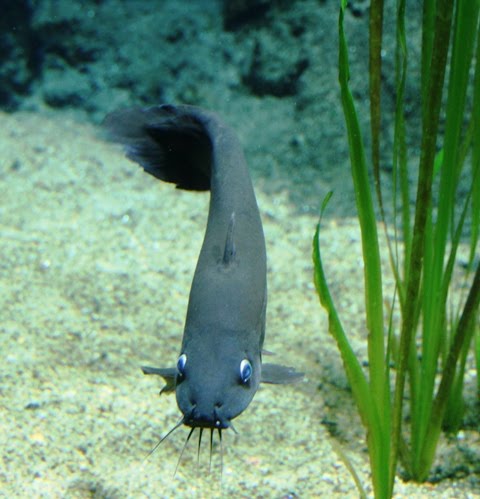 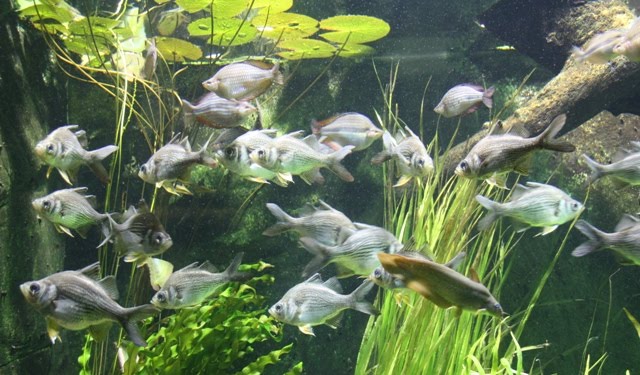 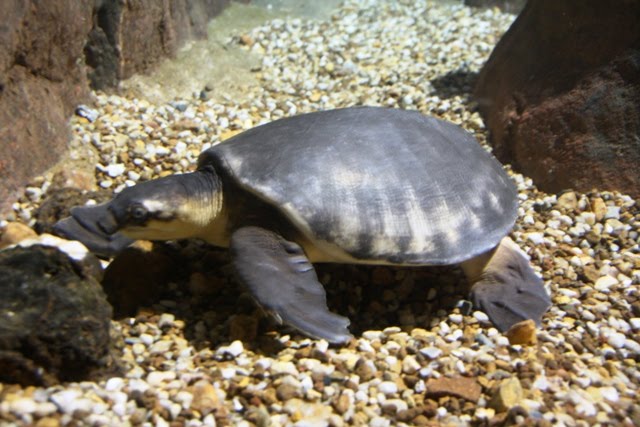 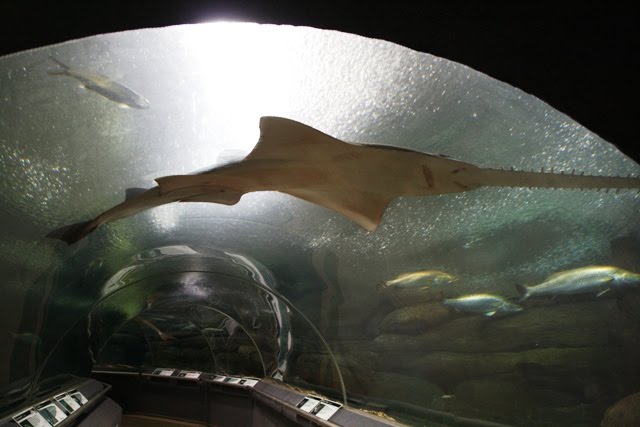 Sword Fish above the walkway tunnel. 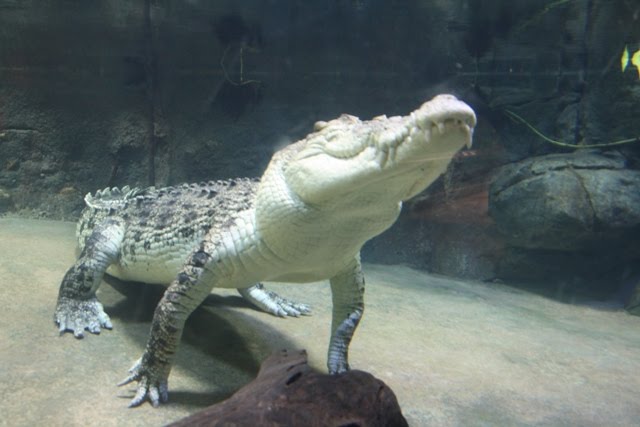 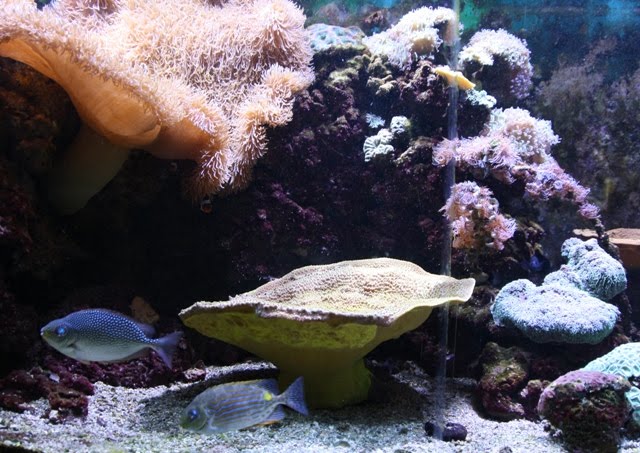 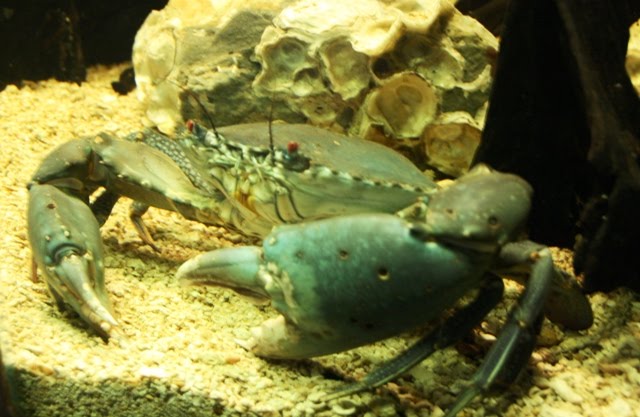 Then it was time to return to our bus at the entrance of the park in this little train.

That evening we had the last dinner with our tour companions.

The last sunset over the sea.

In the morning we went for a walk through the city. 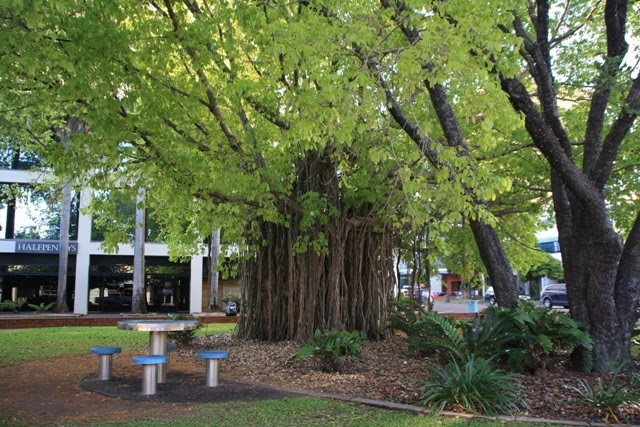 Darwin is the capital city of the Northern Territory. On Christmas Eve, 1974 Darwin was hit by tropical cyclone, "Tracy." The city was wiped out. 80 percent of the houses were destroyed, 71 people died, 30,000 people were evacuated from a total population of 49,000. There was 837 million dollars worth of damage done. The whole city had to be rebuilt. 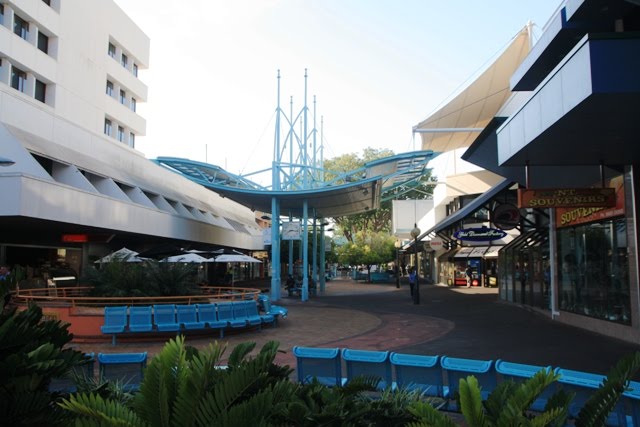 Consequently, Darwin is Australia's youngest city. The Mall is above. 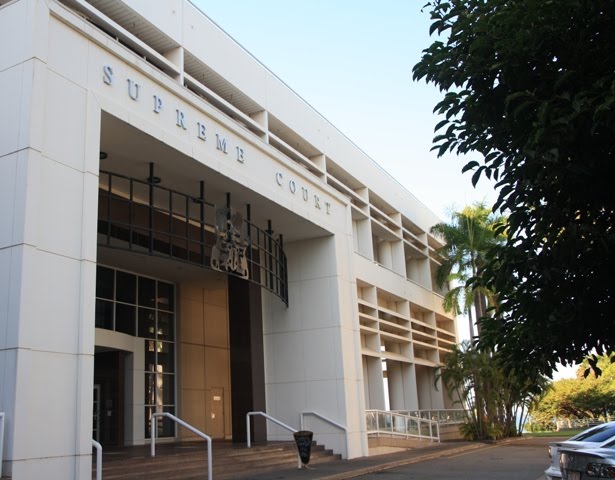 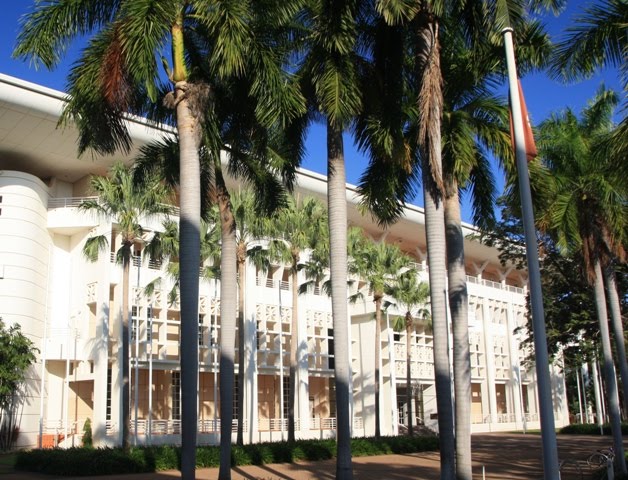 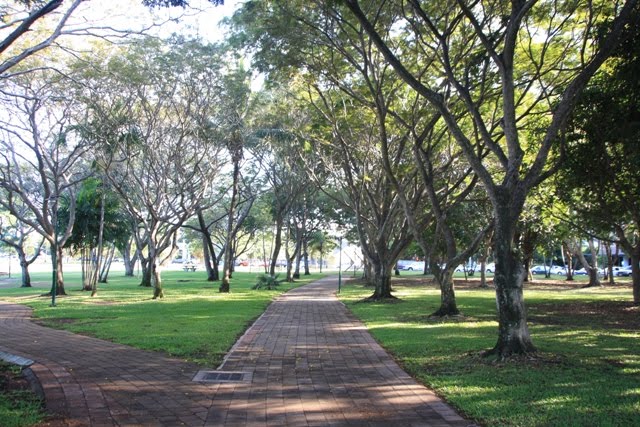 Lovely parkland along the harbour foreshore. 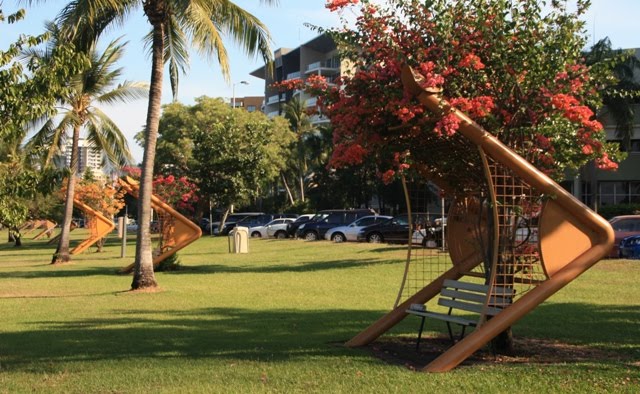 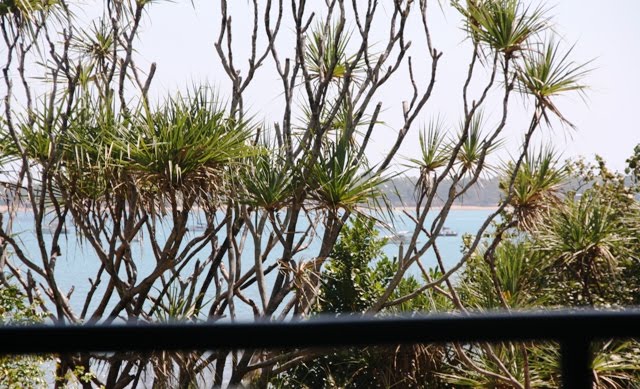 The final tour of the trip was a visit to the Museum where there was an excellent display and talk about Cyclone Tracey. Then we had a coffee at the museum overlooking the water, which was our last magic view before heading to the airport and home. It was goodbye to our wonderful tour guides, Kim and Ben. They both had an in depth knowledge and love of the outback, it's flora, fauna, people and geology. They drove the bus, fixed the bus, cleaned the bus, and packed the bus. They took us on guided walks, administered first aid and prepared our lunches and snacks. 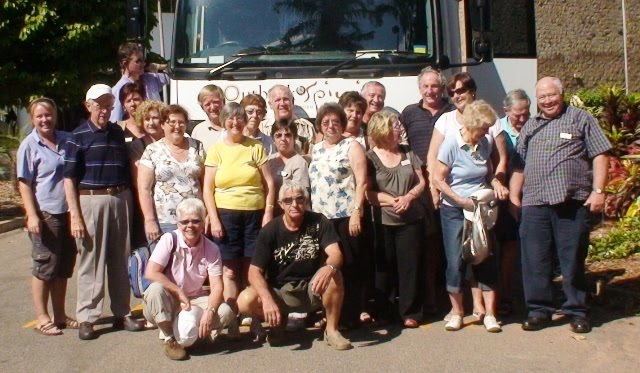 And it was good bye to our new found friends. It was a dream come true for me as I had wanted to visit this part of Australia for many years. I hope you readers have enjoyed it too.
Posted by diane b