On the way back to Darwin from Wangi falls we stopped at the Territory Wildlife Park. It is a huge park set in the natural bushland, with a roadway circuit on which a little train takes passengers to a variety of of wildlife displays. Our tour guides had booked us into the Flight Deck to watch a spectacular free flying display of Birds of Prey. We weren't disappointed. There were two young female bird keepers who showed us how the birds caught their prey by simulating their natural habitat. They also gave us an entertaining and fact packed commentary. They are all native Australian Birds. 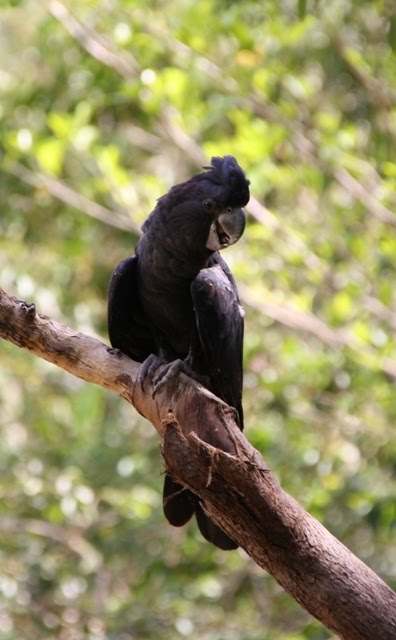 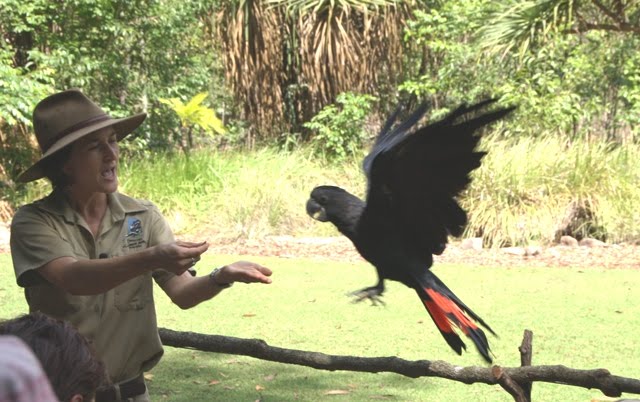 The birds are kept in pens but are released to fly freely for the demonstration, I was amazed that they didn't fly off into the sunset, but I guess they are too well fed here. 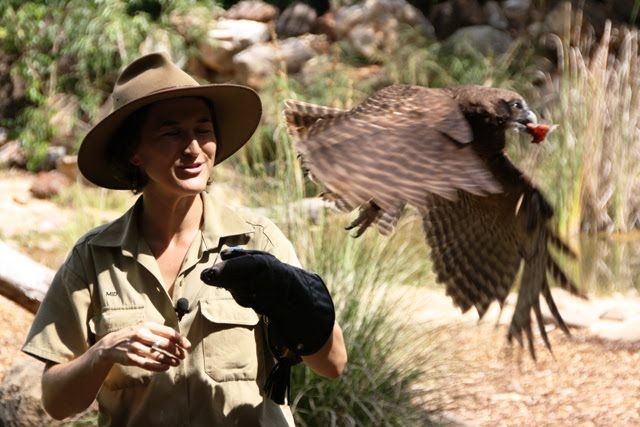 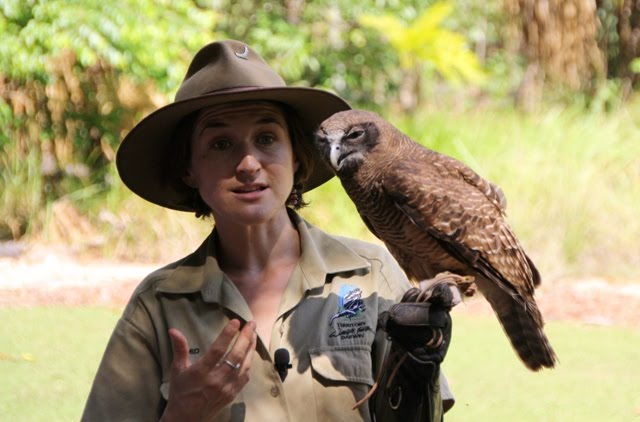 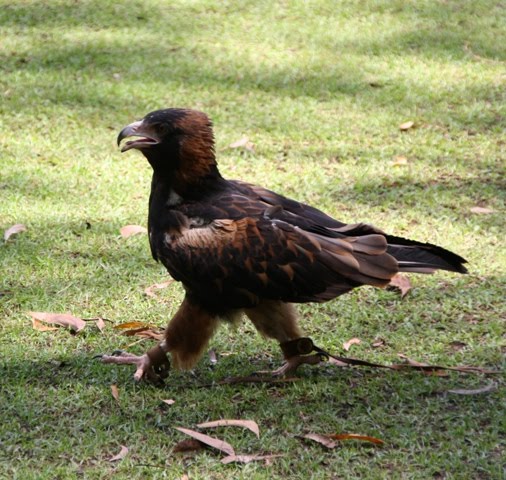 This one was the class clown. He came strutting out and looked very cheeky. It is an Australian Buzzard. 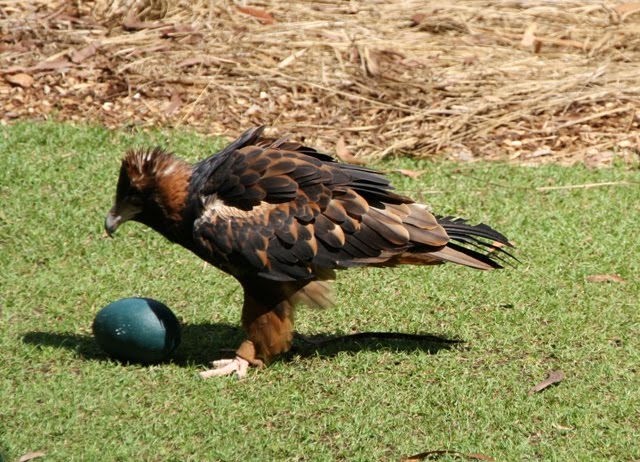 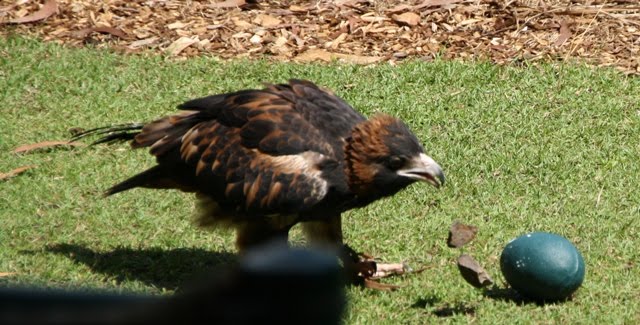 ........he finds a stone and picks it up in his beak and then throws it with a forceful thrust of his head and hits the Emu egg. He does this time and time again until the egg cracks enough for him to get his beak in and rip it open. 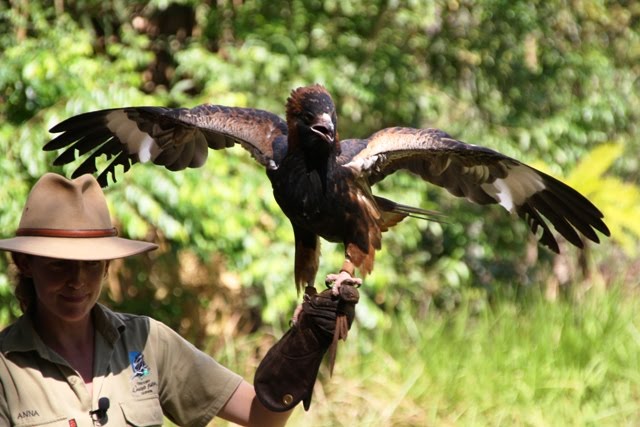 After his feed he comes to say goodbye to us as another huge eagle is perched high in a tree nearby.

It swoops down to the keeper.It is a Wedge Tailed Eagle. 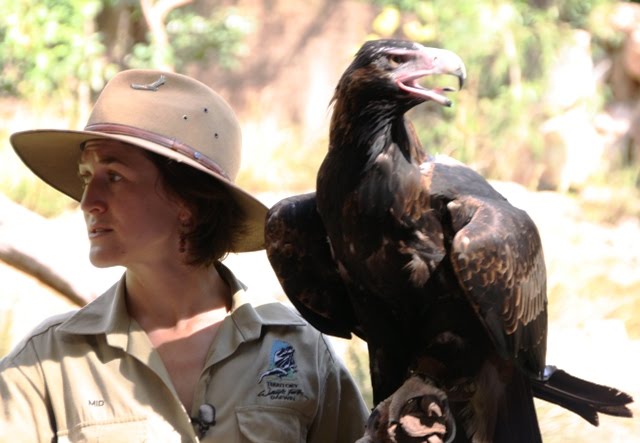 He was very big and handsome. 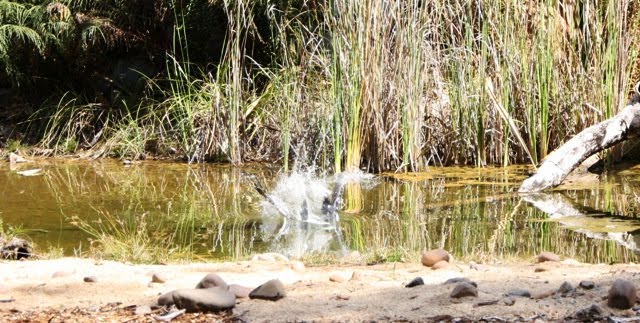 ...went completely under the water to catch the fish. 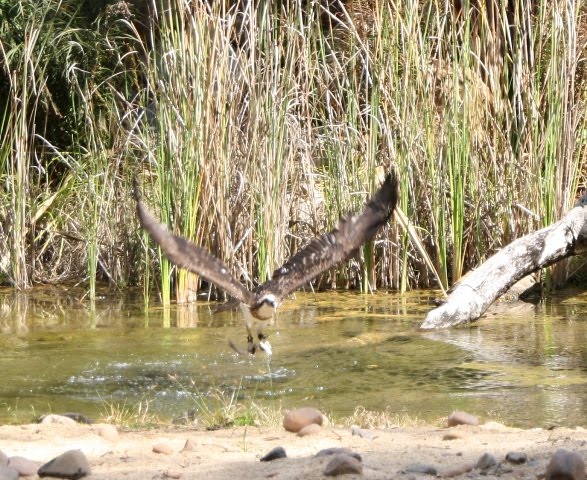 Soon it emerged from the water in full flight with it's prey tightly secured in it's talons. 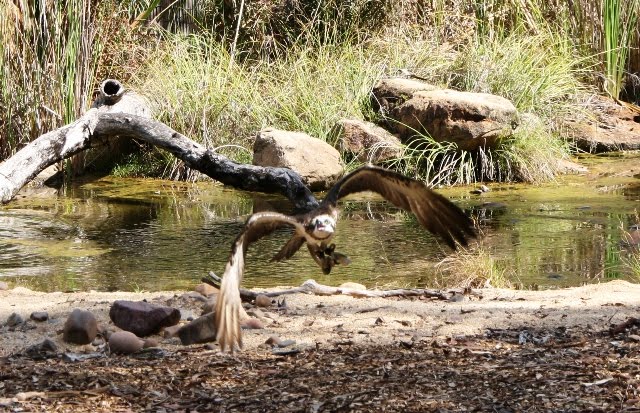 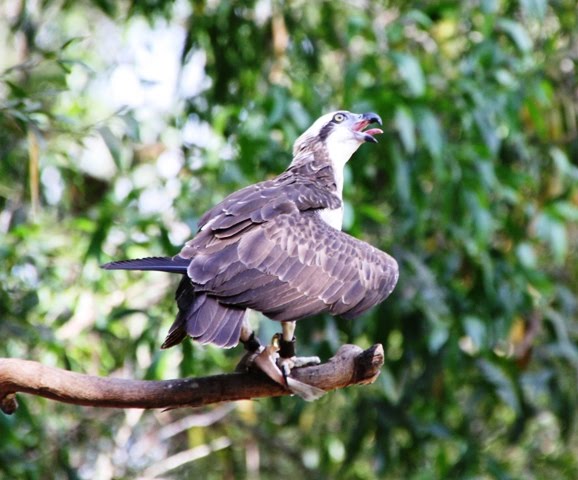 ...then it perched on a branch holding down the fish and started to eat it. 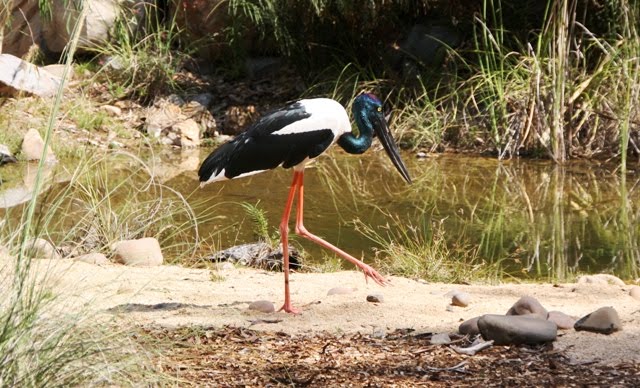 Then came my favourite, ambling by the billabong. She is the magnificent Jabiru. 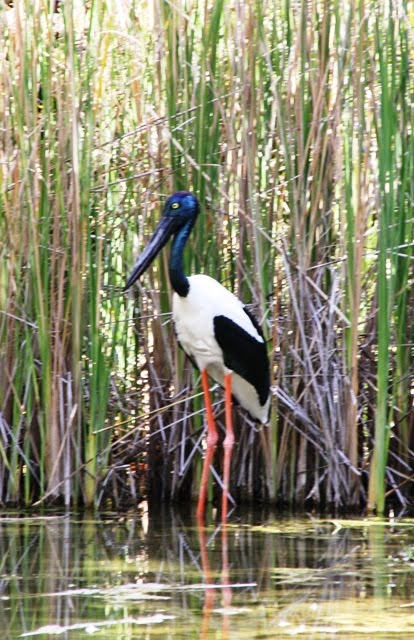 She is dressed in her finery, orange legs, iridescent blue neck, gold eye shadow, a polished beak and a beautiful black and white dress. She is quite elegant until she ........ 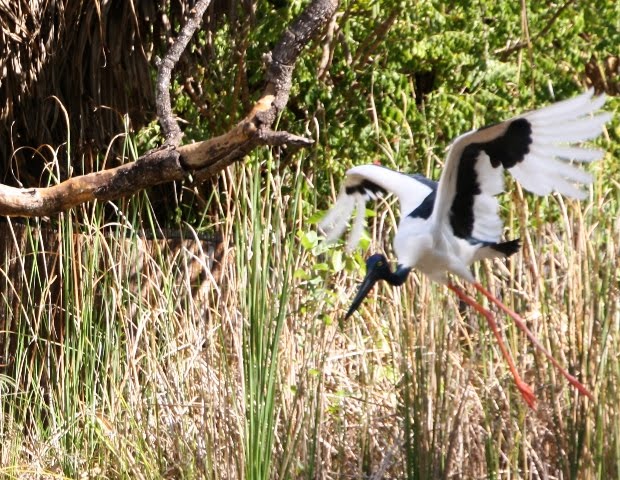 ...tries to lift her huge heavy frame into the air. 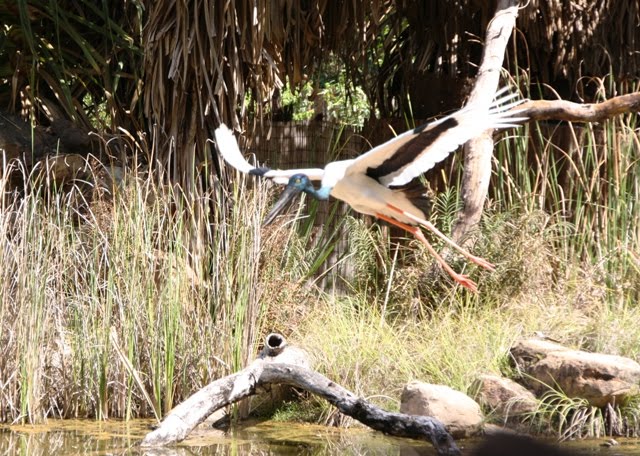 It is a struggle to get up but she makes it to the other side of the billabong and tries..... 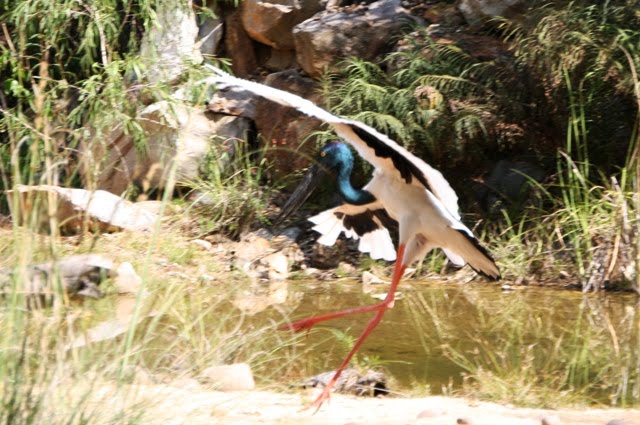