On the 12.12.12. at 12:00 noon I was at a Christmas lunch with my friends from the U3A Walking for Fitness group. It was held at June and Kevin's house. They are the leaders of the group and take us on 2 hour walks every Thursday morning at 6:30. Kevin leads us on many different winding and hilly tracks through Daisy Hill Forest. He doesn't dawdle either but sets a good pace. 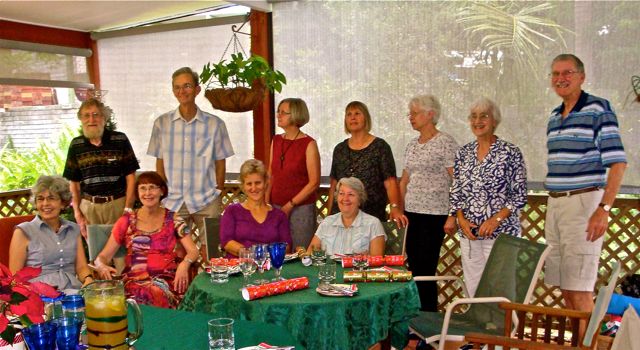 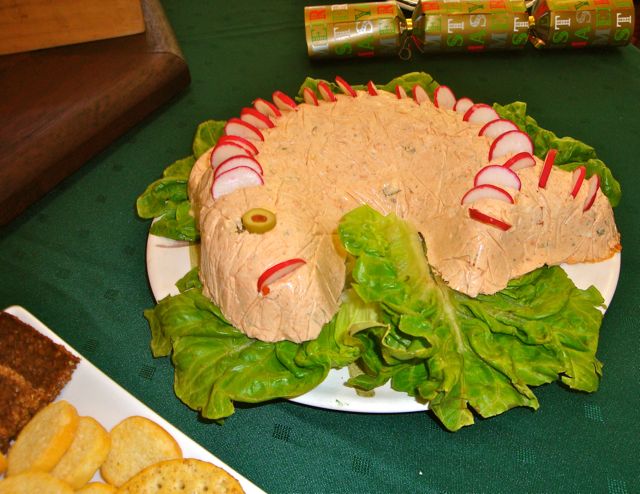 A delicious salmon pate and a cheese ball for starters, followed by a scrumptious ham and turkey salad, which I forgot to photograph. 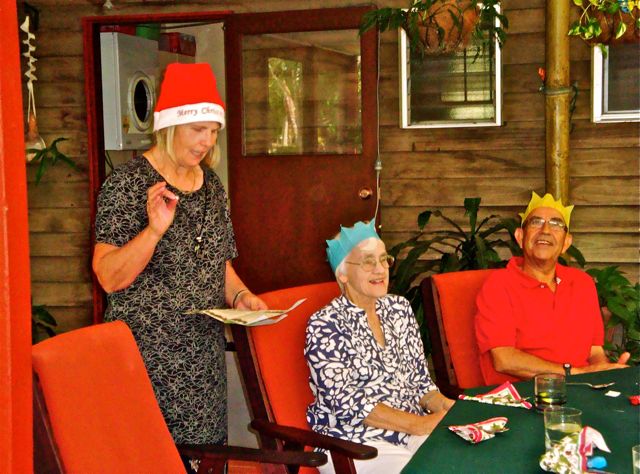 Fran explains a secret santa game. We all brought a small gift relevant to walking or camping. 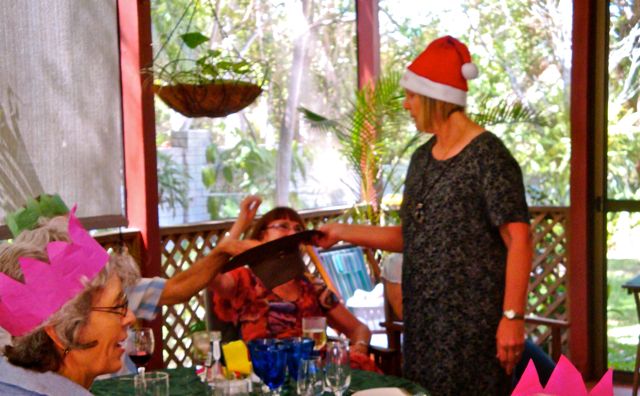 Then we drew a number out of the hat. When Fran called the number we chose a gift from the table and opened it and left it in front of ourselves visible to everybody. The person with the next number called could choose to take a gift from the table OR take one opened in front of anyone else.  The person who lost their gift had to go on the end of the list to choose another one and so on and so on. 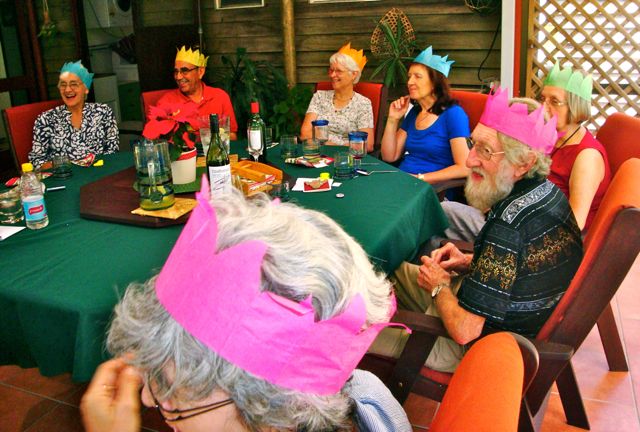 It was loads of fun and I ended up with a great little waterproof pack to clip on my belt when walking in rain. Fits my little camera well. 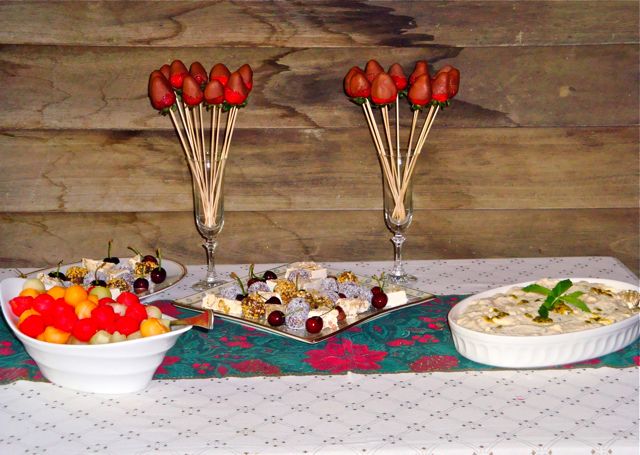 Then it was time for a selection of mouth watering desserts.
Thanks to June and Kevin and all the good company for a nice time.

Now I need to go on a long walk to lose all the food overload.

Email ThisBlogThis!Share to TwitterShare to FacebookShare to Pinterest
Labels: Walking for Fitness group.