On our way from Canberra to Brisbane we pulled into Dubbo for a few nights. Dubbo is a small city of 40,000  and is situated in the middle of the western plains of NSW. It is at the intersection of main roads and rail to the major cities in Eastern Australia. It's economy hinges on grazing, agriculture and tourism. 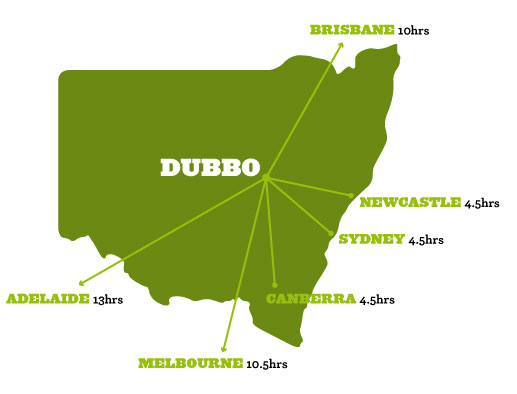 Dubbo is also the home of the Western Plains Zoo, which is huge. It was created mainly for research and breeding of large grazing animals. It covers an area of 300hectares of woodlands and irrigated grasslands.  When you buy a ticket it lasts for two days because there is so much to do and see.

There are 6k of sealed roads and 15 k of walking tracks. Visitors can hire bikes, electric carts or walk or drive your car. We drove our car and stopped at the frequent parking bays and then walked on the tracks. 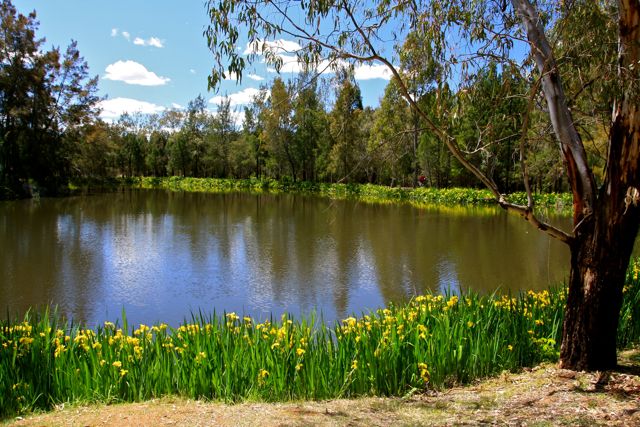 There were many little lakes in the area surrounded by irises. 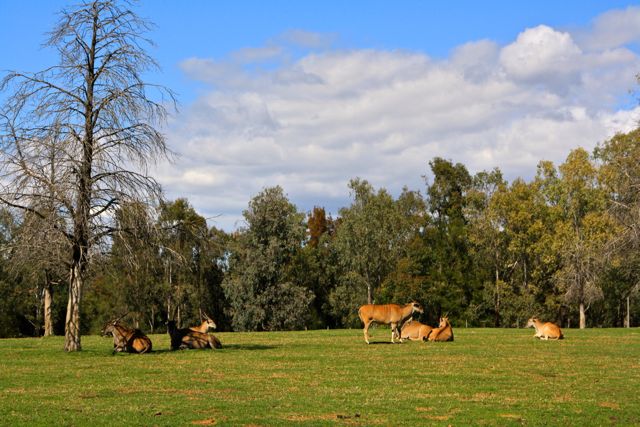 The enclosures mimic the open range homeland of the animals with unseen barriers, mostly moats. 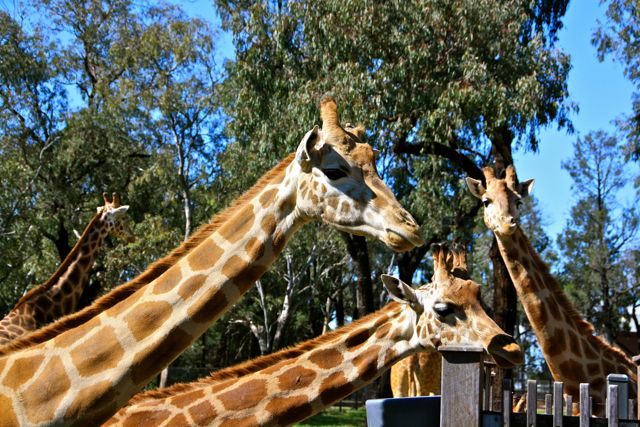 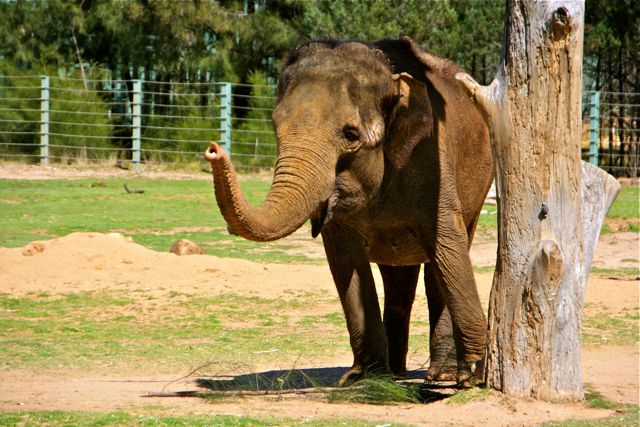 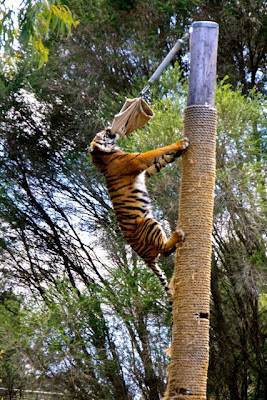 We were given a timetable as to when the animals would be fed. The tiger's meat is wrapped in a hessian bag and placed up a pole. It has to tear a hole in the bag to get at the meat, imitating the hide of it's prey. It took her no time at all. 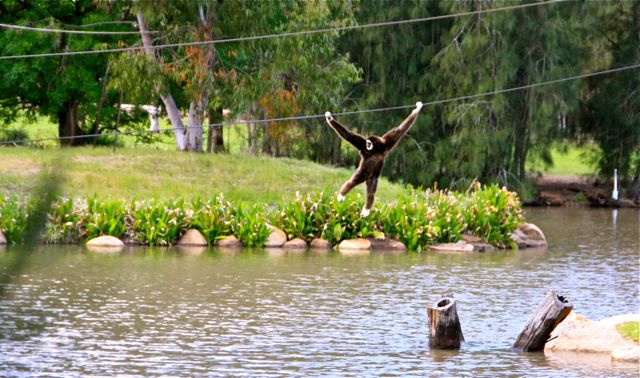 The white gloved gibbons lived on islands in a lake. They could swing from one island to the other. 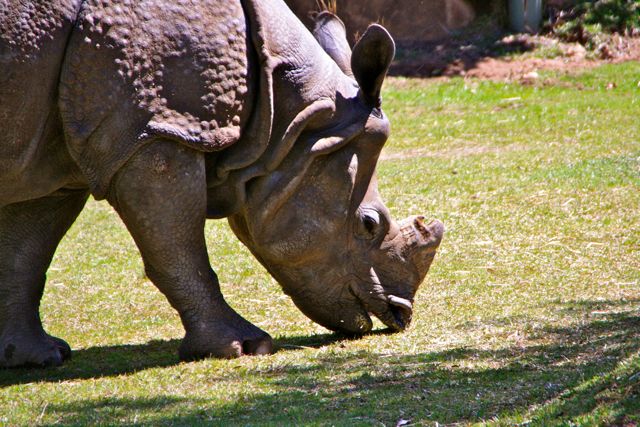 As we were leaving the Zoo we were greeted by hundreds of cyclists who had ZOO2ZOO written on their shirts. They had cycled from Sydney's Taronga Park Zoo to this Taronga Western Plains Zoo. It takes them 3 days. They raise money for a variety of causes. This one was for research into Bipolar Disorder. That is one heck of a long ride. Some were punching the air with the success of arriving.
Posted by diane b