A HEAT WAVE OF DISAPPOINTMENT

In January of 1960 we had a heatwave and a visitor from England. Mrs R was the mother of my  parents' friend, Ida from Mudgee. Mrs R was on her way back to England from Mudgee. She stayed with us for a while before boarding a ship in Sydney. 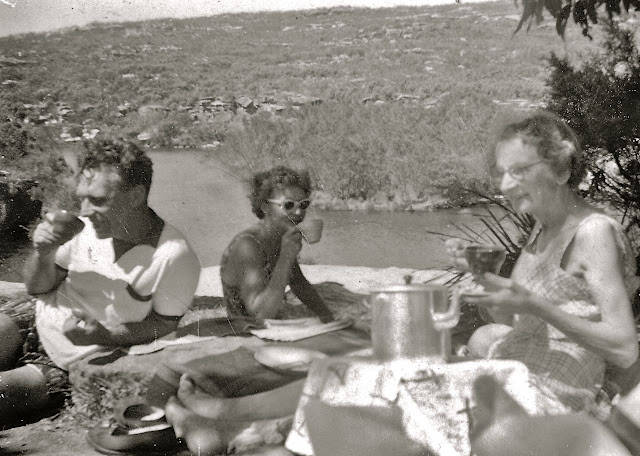 In these days before air conditioning, we often went to the beach to cool off. This time we went to Wottamolla Beach in the Royal National Park just south of Sydney and not far from where we lived in Loftus. It was a beautiful spot, pristine. 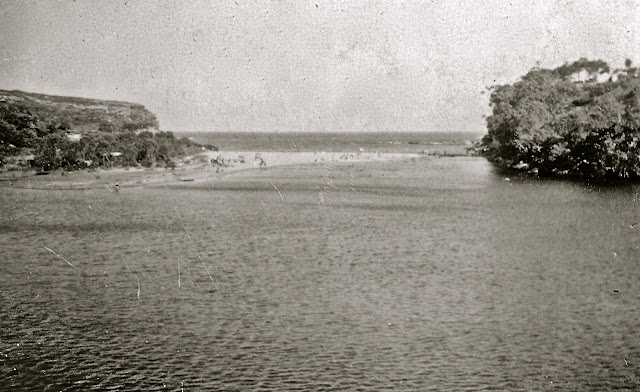 There was a lagoon , which emptied into the sea. It was a great place for swimming either in the sea or the lagoon. The little dots on the beach are people. I took this shot from the top of the waterfall at the beginning of the lagoon. 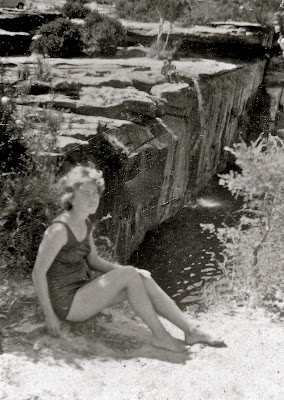 The waterfall was only a trickle as it had been a dry summer obviously. Often there were brave stupid people diving off the top of the waterfall.

It was very hot and I was miserable. The exam results had been published. I had passed the Leaving Certificate and qualified for teachers' college, which initially had me happy and excited. However, over 250 applicants had applied for PE teaching at Sydney Teachers' College and only 80 were accepted and I wasn't one of them. I was so disappointed but my Dad was very supportive and encouraged me not to give up. He even took me to demonstrate outside government house against the low number of applicants accepted into colleges and universities. It had no effect. We were told to try again the next year, when more places would be offered.

My Dad then helped me to look for a job while I waited for the next year's intake. With his help I decided on laboratory work. I applied for quite a few lab assistant jobs. After a few knockbacks I finally landed a job with the Animal Husbandry Dept. at the University of Sydney. Meanwhile, my snail mail romance continued with LB in Newcastle.