For the last few years our friends, Ruth and Bill, have invited Bill and other friends, who are Pisces, to a luncheon to celebrate their birthdays. 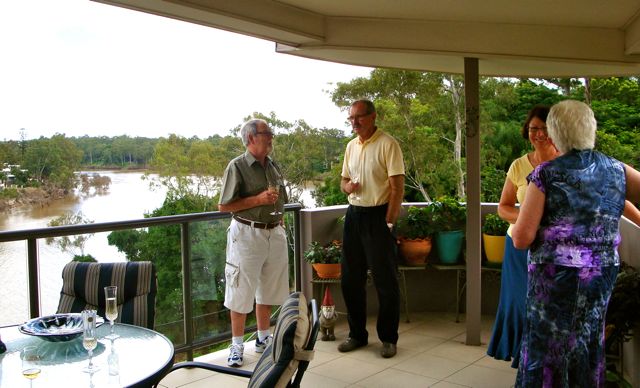 Ruth and Bill have a lovely apartment in a small block of units overlooking the Brisbane River at Indooroopilli. The other friends were Karl-Heinz, Renata and Maureen. 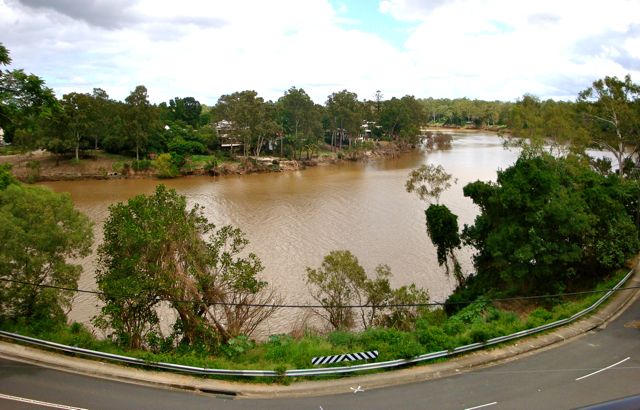 From their balcony we could see that the river is still muddy from the floods. Ruth said the water came up over the road but stopped before it entered their garages underneath luckily for them. 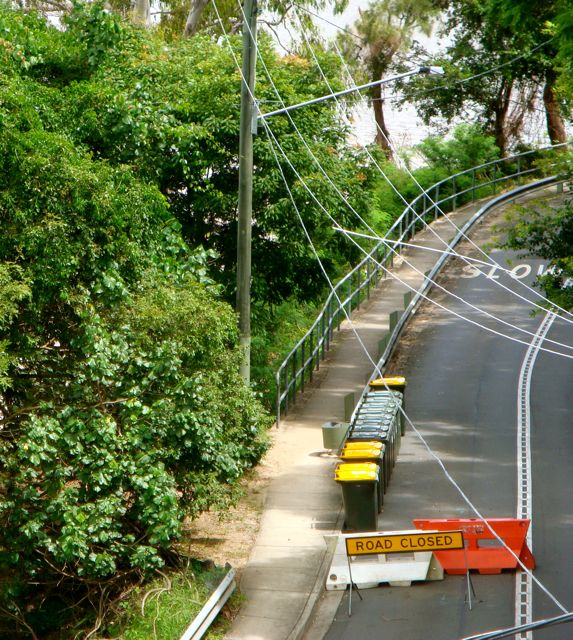 However, the road is still closed a little further up as there is chance that it will collapse into the river. So the people have to leave their bins here and walk to their houses. 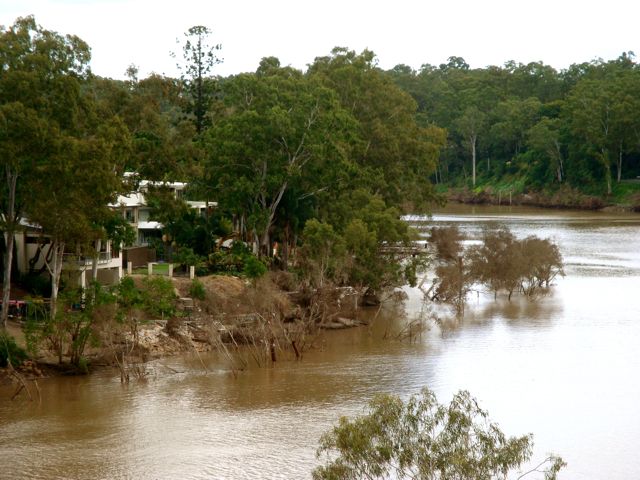 On the other side of the river, the million dollar houses had water up to the first floor.We could also see where the bank had been washed away. Not only the bank washed away but hundreds of  pontoons were also washed down the river. The picture below was taken at the Pisces luncheon 2009. 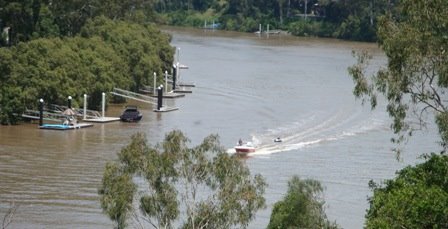 Pontoon moorings before the flood. 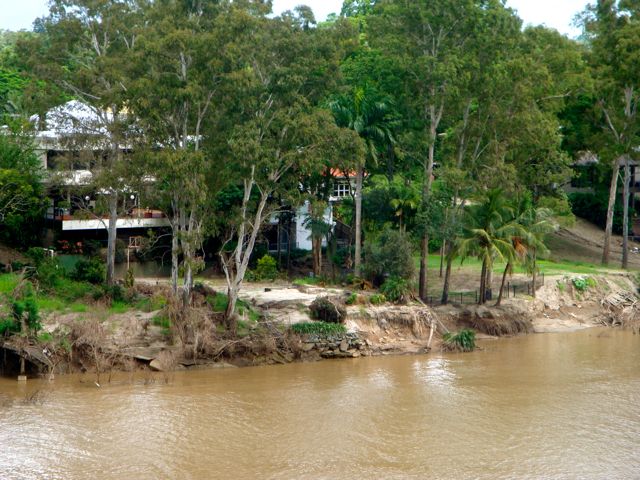 Not only pontoons were washed downstream but hundreds of boats too. See below same place in 2009. 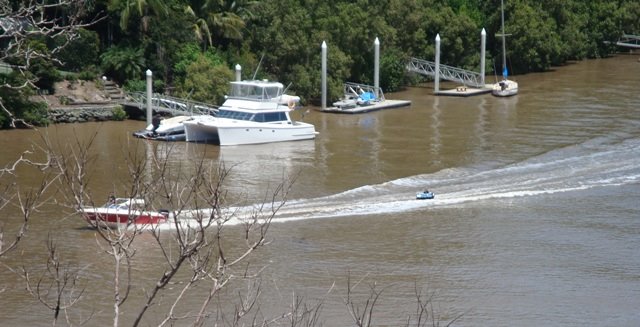 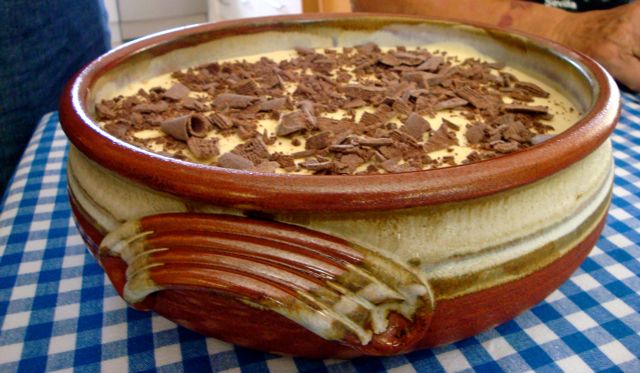 We had a delicious lunch of cold cuts and antipasto followed by figs and cheese and Bill's favourite Tiramasu. He says nobody can make it as well as Ruth.
Posted by diane b