Around 1957/58 I was given my first camera and photo album. It was the trusty Brownie Box Camera, which you see in museums now, but it was a great little camera in its day.

I was in 4th Year high school when the Queen Mother visited Australia. Schools were invited to meet the Queen Mother at the Sydney Cricket Ground. We excitedly boarded buses for the city and then waited for what seemed hours at the oval waiting for her appearance. She was driven around the oval in an open Land Rover. She was standing in the back waving.

The same year (1958), I managed to get into the school swimming team to compete at the State Championships held at North Sydney Pool. At the time it was the only olympic sized pool in the city. We travelled on the train for an hour to get there. It felt special to be representing my school, but I wasn't good enough to get into the finals but I still enjoyed the day.
I was thrilled to say hello and take a photo of Ilsa Konrads, who was an Olympic Champion even though she was still at school. 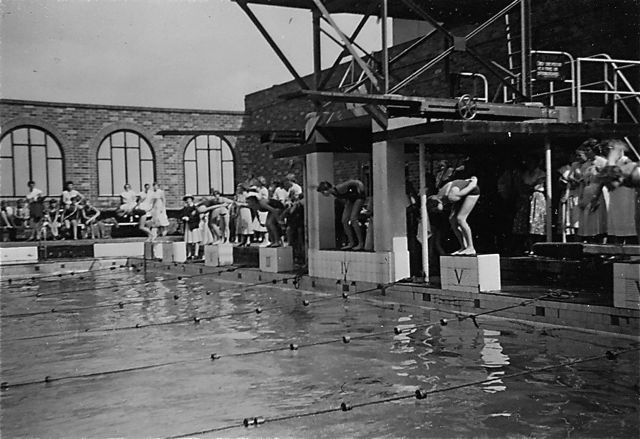 North Sydney Olympic Pool 1958, it is still there today. 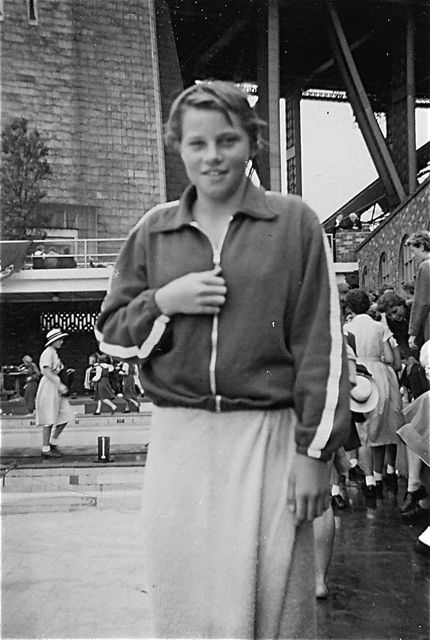