For those who don't know, Bill is the chef in our house and he is in charge of the kitchen, cleaning it too, while I am the gardener. I guess that is role reversal. See we are modern old farts. 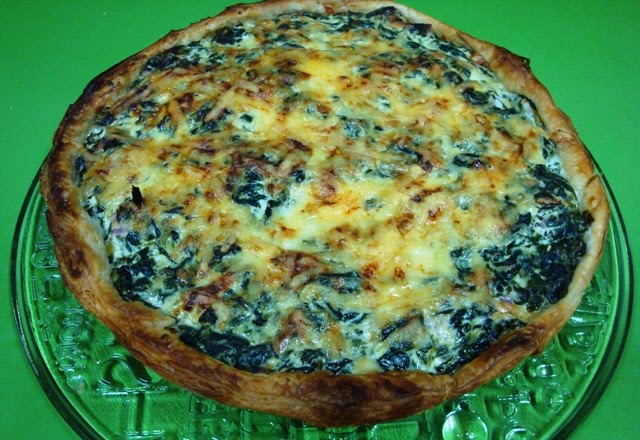 Bill cooked this spinach pie last week with silver beet from our garden. 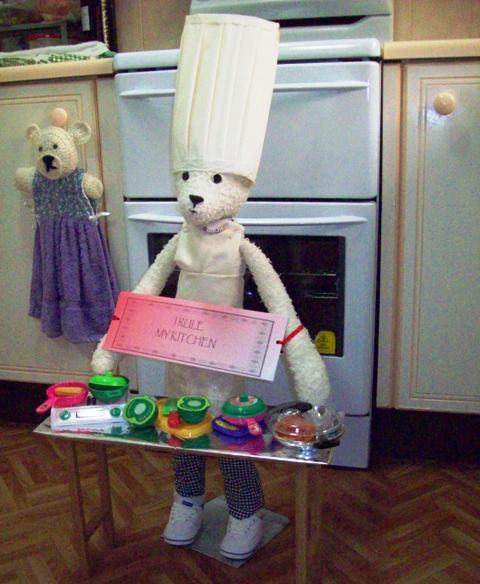 It was Bill's birthday yesterday and Ann and George dressed Birthday Bear for Bill. Here is Birthday Bear in Ann's kitchen waiting to be taken to the birthday dinner and surprise Bill. The sign says, "I Rule My Kitchen". I love his table and contents as well as his chef's checked pants. 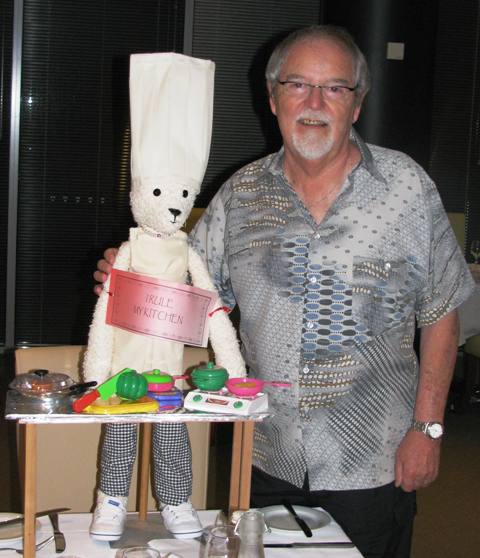 When we arrived at the Gloria Hotel Restaurant Birthday Bear was there to greet us. I gave Bill the new shirt and pants that he's wearing. 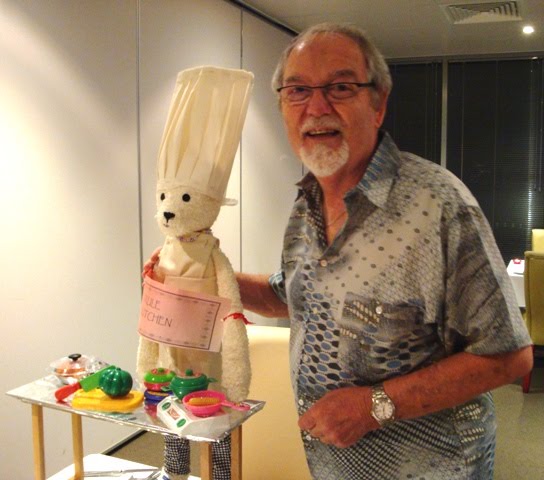 Bill was impressed with his bear. 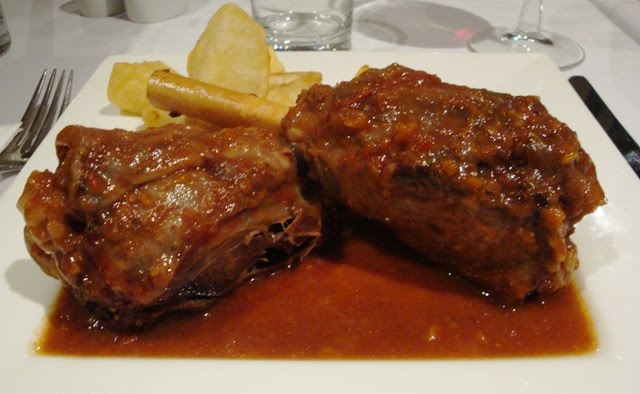 I had lamb shanks. 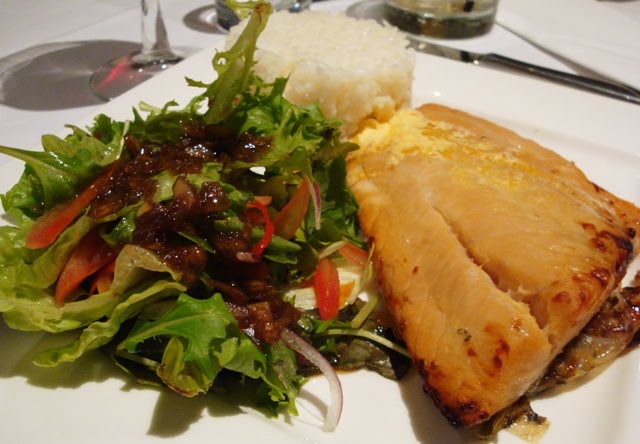 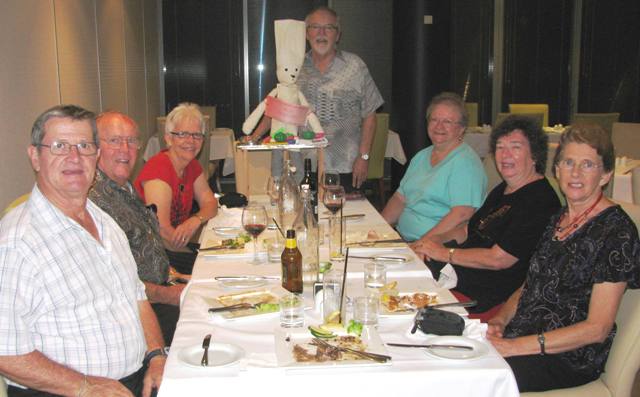 The Birthday Bear group enjoy having dinners for each of our birthdays. Instead of gifts we pass around Birthday Bear. He has to be dressed to reflect something of the recipients personality.

Birthday Bear has his/her own blog and would love you to visit here.