On our trip across the top of Australia we stopped in the Aboriginal town of Ngukurr, which used to be a mission in Arnem Land. (see map)   Seven clans have joined together and run the council. They are endeavouring to create jobs and be self sufficient. They value education and there is a 95% attendance rate at the school. They all love sport and football especially. The town has a policy, 'no school, no sport' at any of the clubs. The kids love their sport so it is helping them keep going to school. 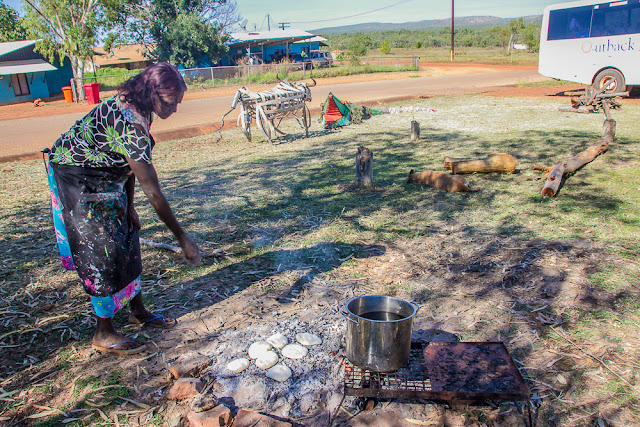 They also have an Art Centre. We stayed at the Art Centre while we waited for our turn to go for a helicopter trip to the 'Ruined City'. We watched some of the artists at work and then they cooked us damper and tea for morning tea on a camp fire. There are two sculptures in the background, a water buffalo and a crocodile. Inside the centre were hundreds of beautiful pieces of aboriginal art for sale. 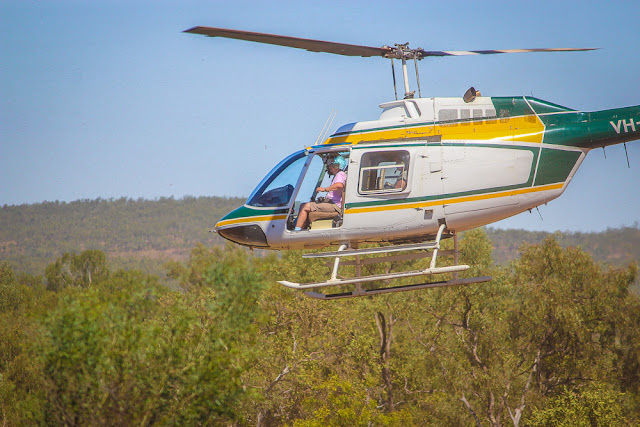 This time I had the front seat in the helicopter, there were no doors but we had seat belts. 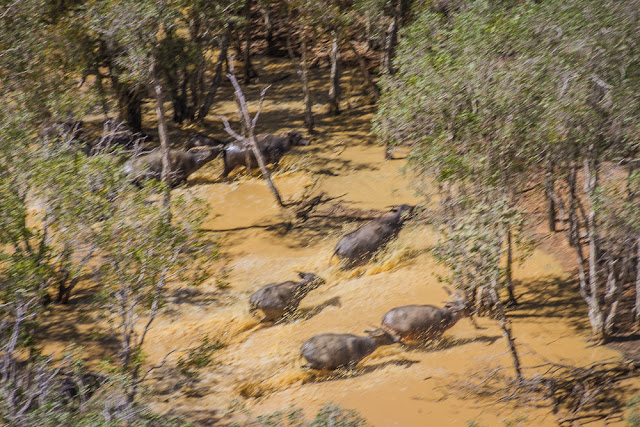 It was quite scary but fun when the pilot swooped down  closer to the water buffalo. 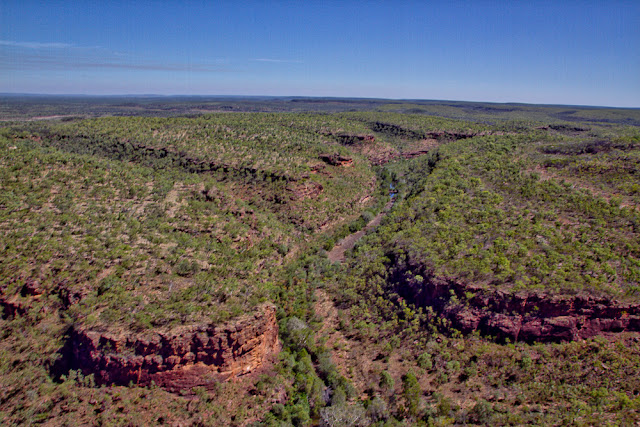 We flew for 20 mins over Arnhem Land. 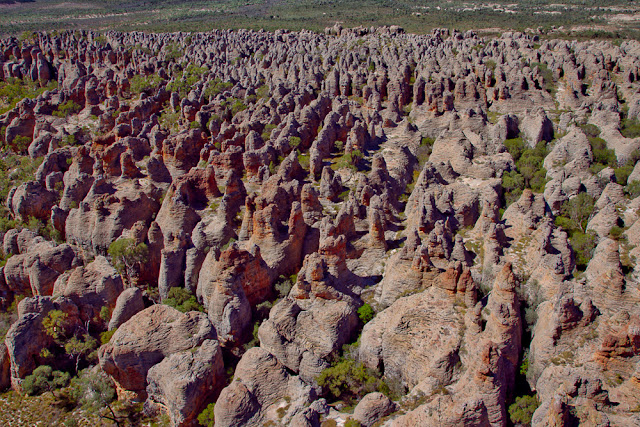 Then we came to the most unusual rock formations, which resembled a ruined city. It is a special place for the aborigines called Baroonja. Visitors are only allowed to go there if accompanied by a family member of the owners of this area. There were miles and miles of these rocks and I took heaps of photos but too many to put here. 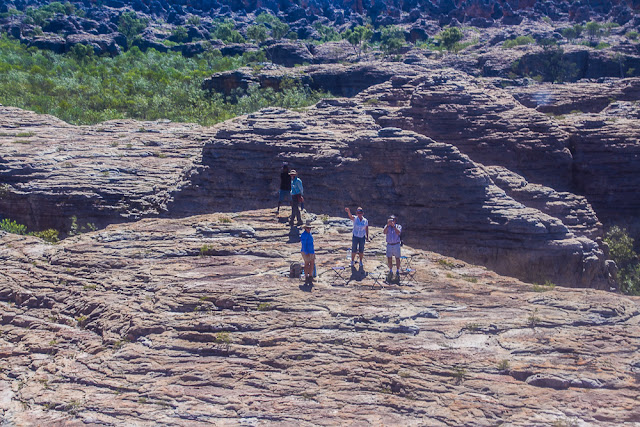 The helicopter lands on top of one of the bigger rocks. The people, waiting for the return flight, looked so little and in the middle of nowhere. 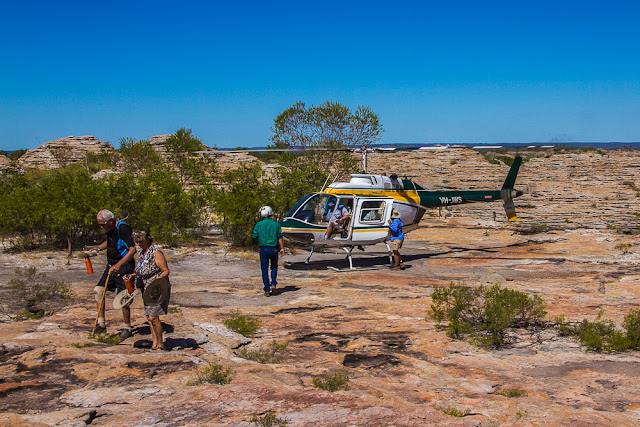 The guide loads the people to go back. 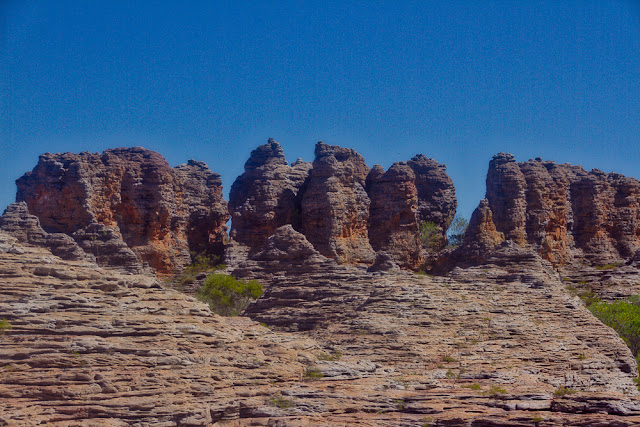 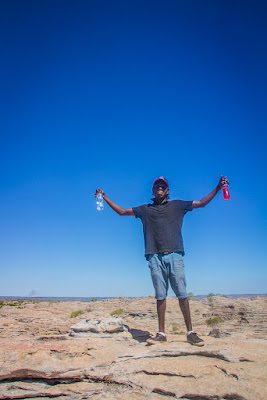 We were taken for a short walk around the rock that we were on. The different shapes and colours were amazing. It was also very hot there about 40°C. Our local guide was Walter the son of the elder who owns this area. It was the first time he has done the tour guide work for his family. He enjoyed the helicopter ride so much that he wants to become a pilot. He told us stories about the area. 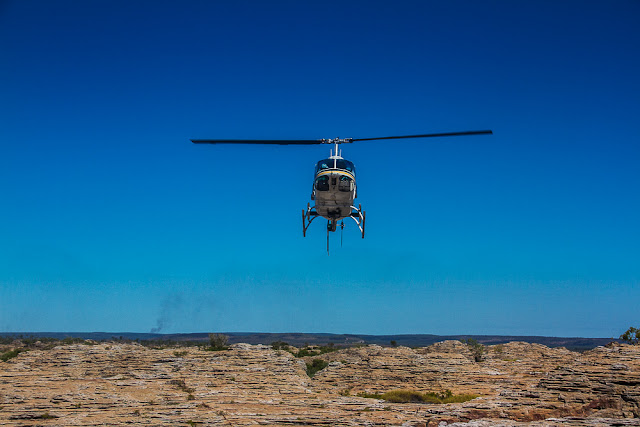 After 40 mins the helicopter was back to pick up us. 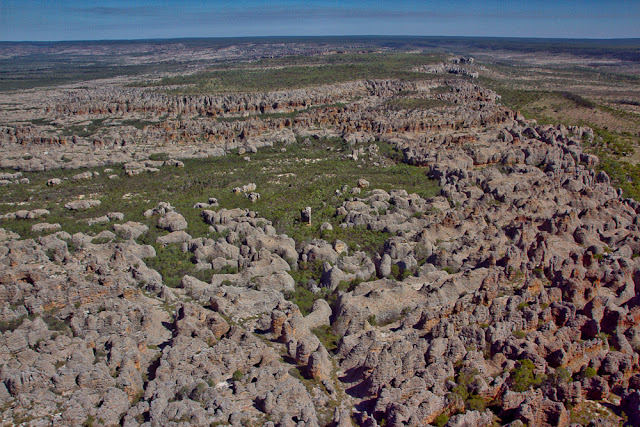 Time to say goodbye to the 'Ruined City" or 'Baroonja" 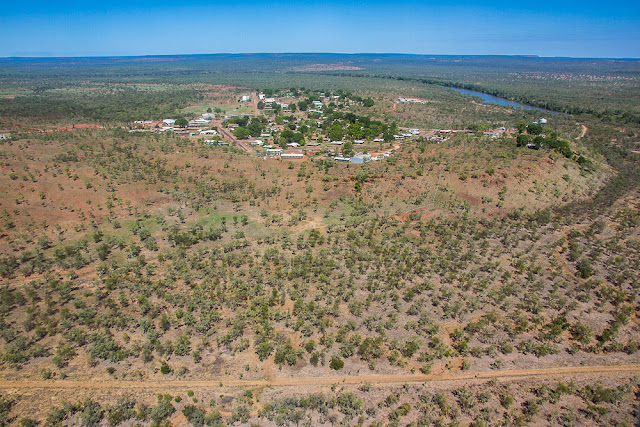 We returned to Ngukurr nestled on top of the ridge not far from the Roper River but a long way from any other civilisation. 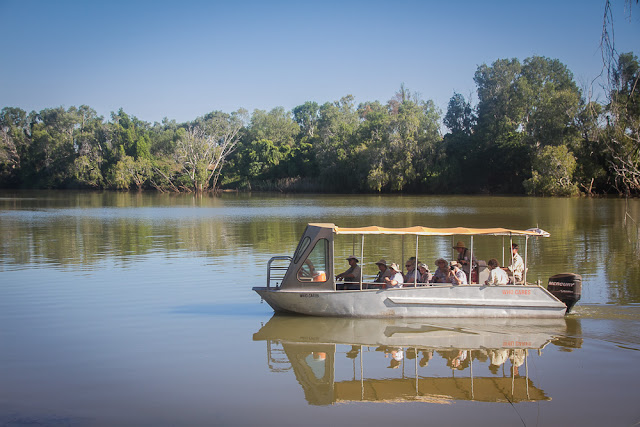 That afternoon we were taken on a cruise on the Roper River with another local guide. We learnt about the interesting history of the river. Paddleboat steamers were a common site in the past originally to bring supplies to those building the overland telegraph system in the 1870's. 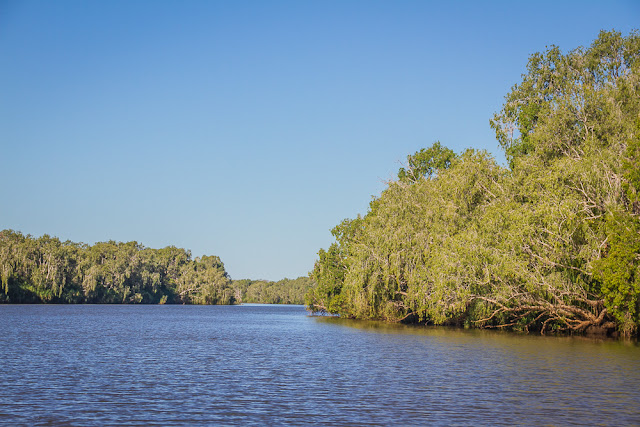 We saw many different birds and bats but no crocodiles (they were hiding).
Posted by diane b