BIRDS OF PREY ON KANGAROO ISLAND.

When I visited kangaroo Island off the coast of South Australia, I went to a bird show. The birds and their trainers were amazing. I can't remember the names of the birds but I will have a guess. Please correct me if I make a mistake. 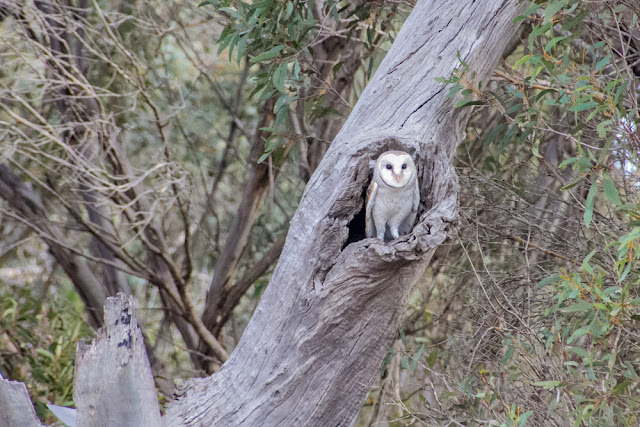 At the trainer's call, this owl appeared out of its hole. 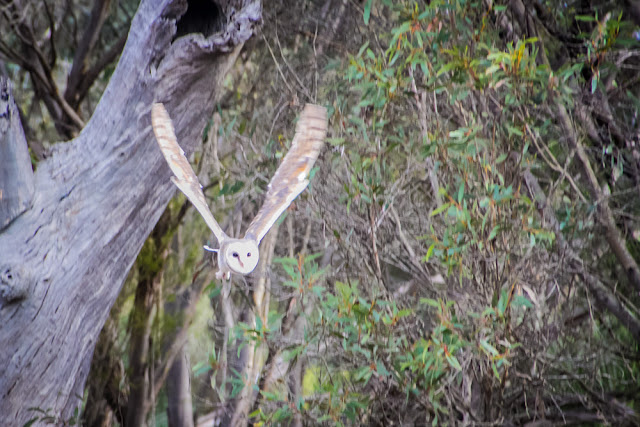 It swooped down to sit on the trainer's glove and it was given a mouse to eat. 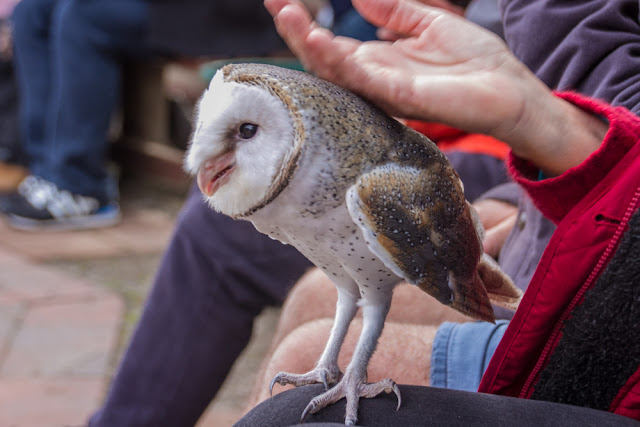 Then it hopped onto the tourist's laps where we could gently touch it. It was so soft. 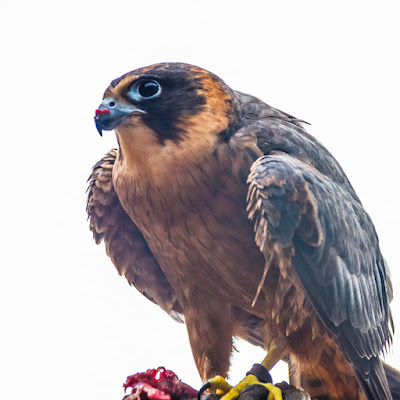 After the owl went back in its hole another bird appeared out of the sky and came to the trainer. A Hobby Falcon. 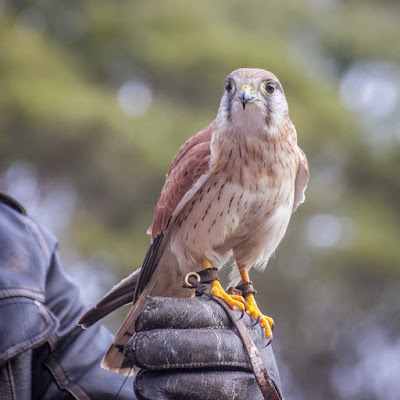 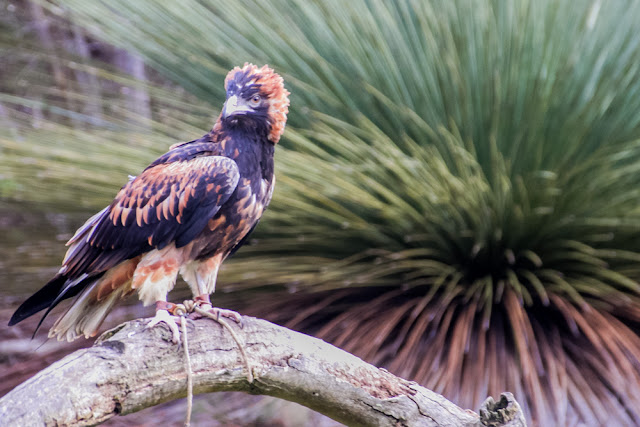 The funniest character was the Black Breasted Buzzard. 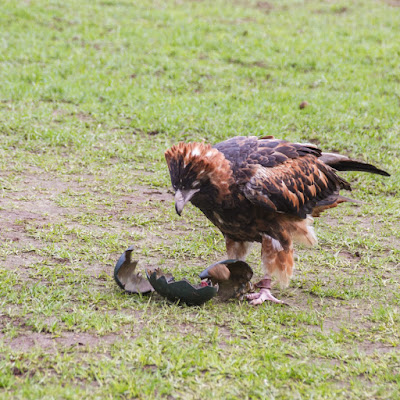 It showed us how it could pick up a stone and throw it down on an emu egg to break it open to eat the inside. It is a fake egg for the show and it has a meat treat inside. 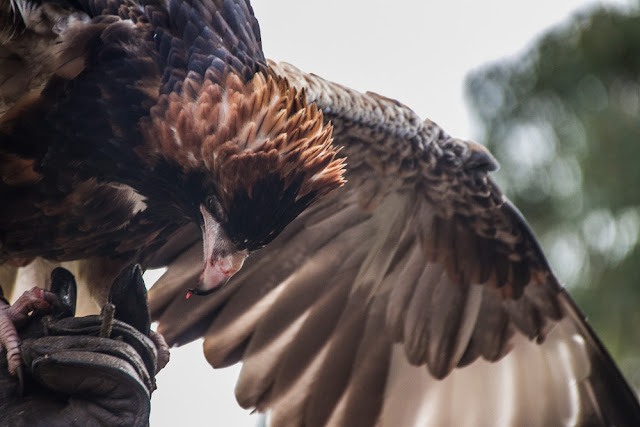 The trainer has another treat in his glove. 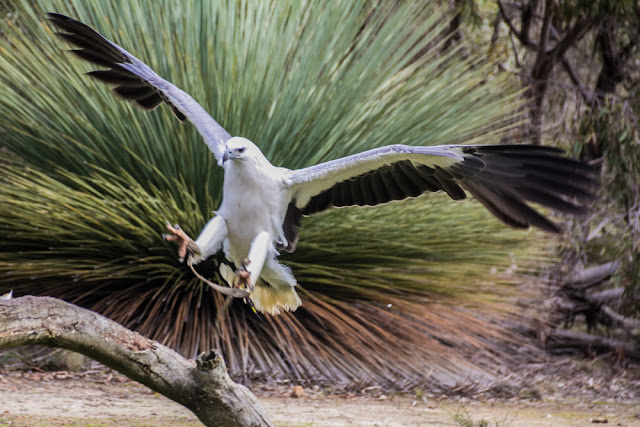 The birds kept getting bigger. I think this is the Sea Eagle. 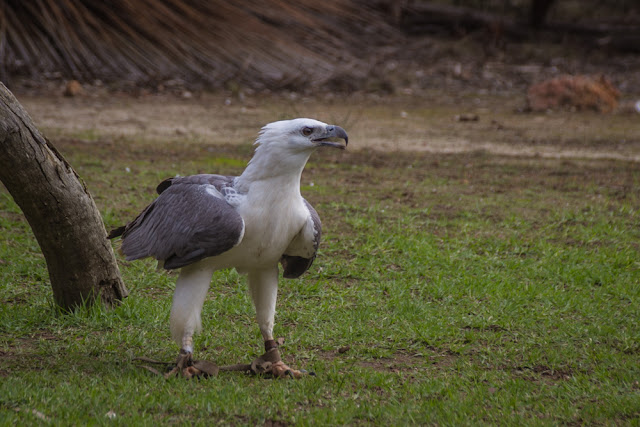 It is a beautiful bird. 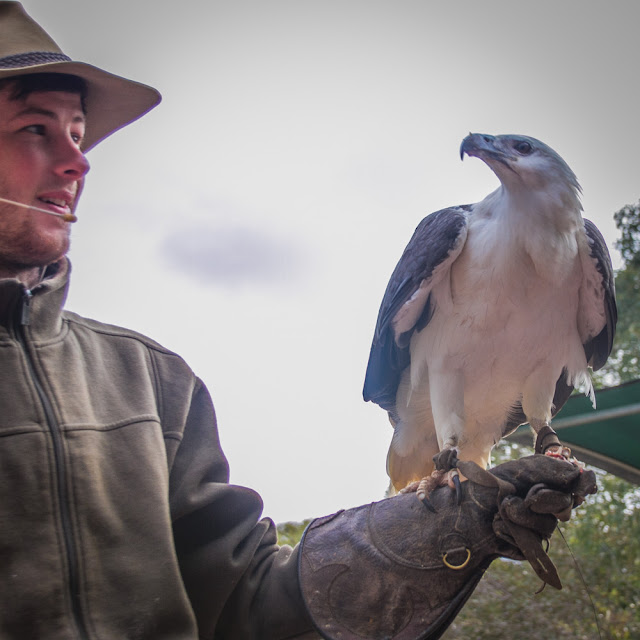 There were two trainers and they had a wonderful rapport with the birds. They told us how the birds were rescued from injury some are returned to the wild and some stay in the park. 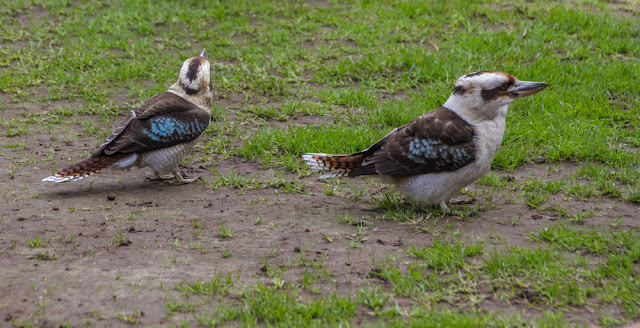 These kookaburras were funny. Their names were Banjo and Clancy. That made me smile since my grandson is called Banjo. (Banjo Patterson, the poet, wrote the poem "Clancy of the Overflow"as well as many more including "Waltzing Matilda") 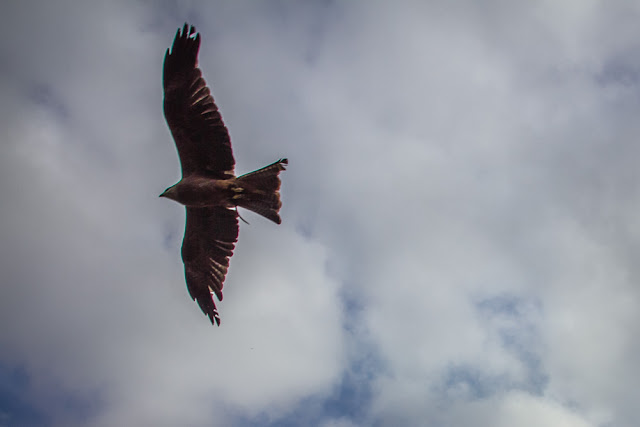 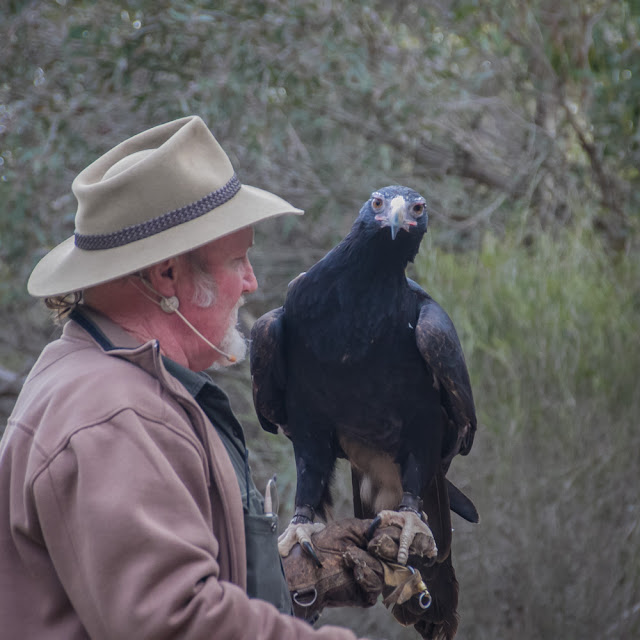 The trainer had a friendly chat with a Wedged Tailed Eagle. 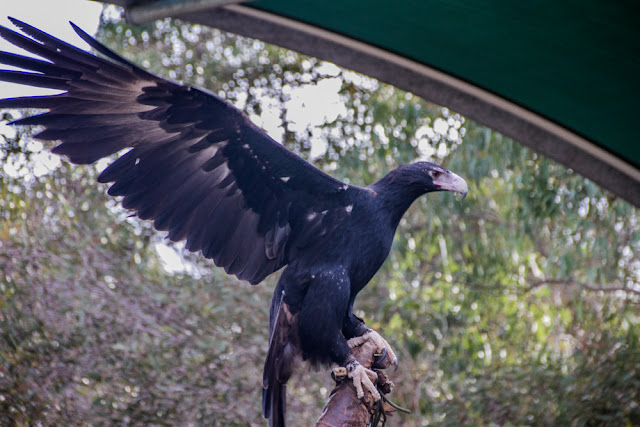 He showed us how big his wings are. 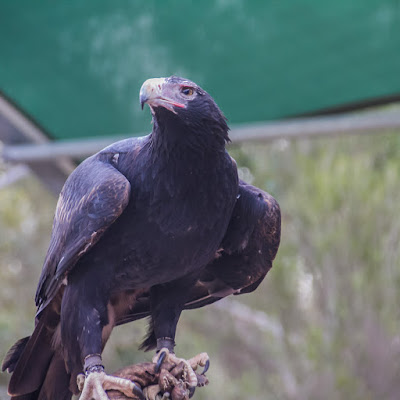 A marvellous huge bird.
There were still more amazing things to see on the island.
Thanks to Stewart from "Paying Ready Attention" for fixing some of my ID's.http://paying-ready-attention-gallery.blogspot.com.au
Posted by diane b