This was going to be the longest and the last long drive along The Savannah Way or as it is sometimes called, "The Top Road." It stretches across the top of Australia from Cairns to Broome. In 2009 we travelled from Broome on the west coast to Darwin. This year I travelled from Cairns to Darwin. (see map). So now I have been the whole way across. This tme our last leg was from Ngukurr to Darwin, 658k. 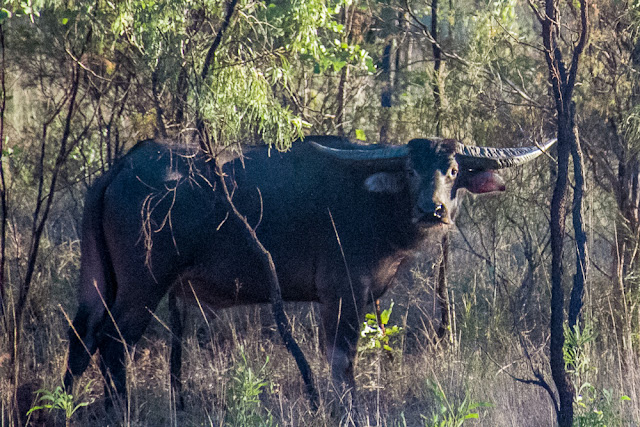 We set off early and came across some water buffalo. 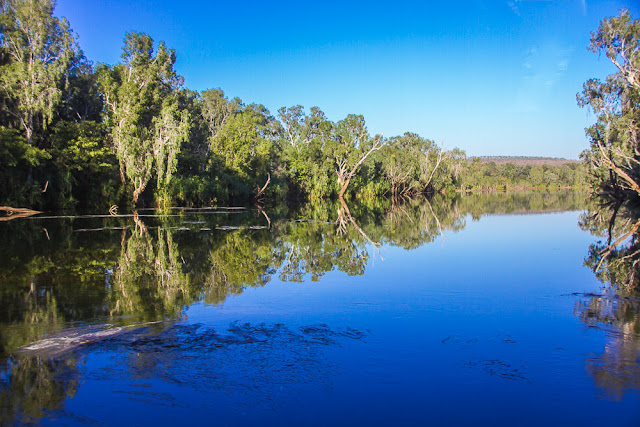 Once again there were many river crossings, no bridges just causeways. 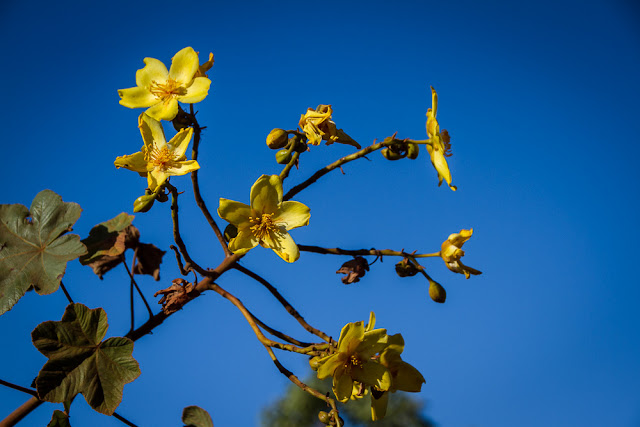 There were kapok trees along the road, with their pods full of kapok. 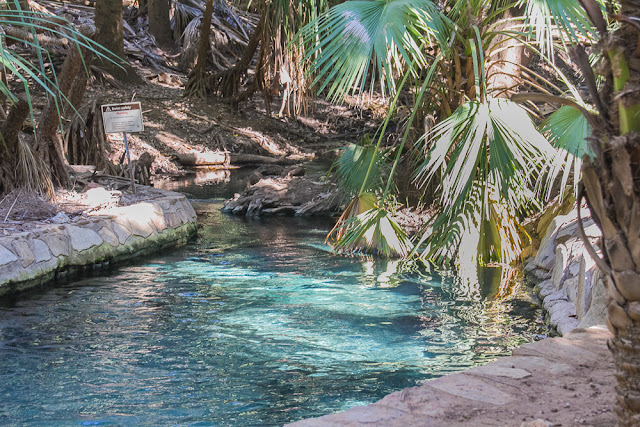 After many miles we came to the little township of Mataranka. It has a population of 250. The area is famous for cattle and thermal pools. We stopped for morning tea and a quick swim. 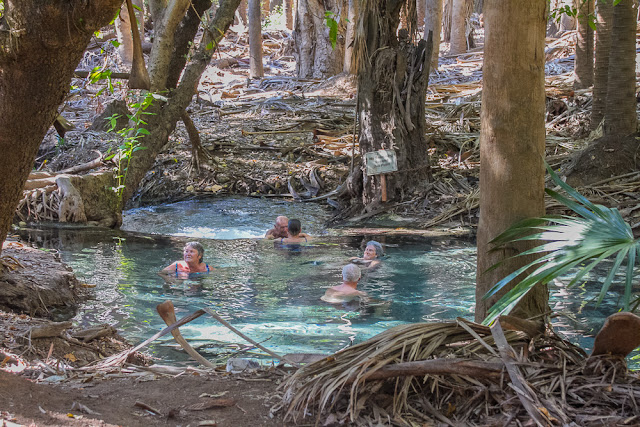 I didn't have time for a swim because I was too busy taking photos. 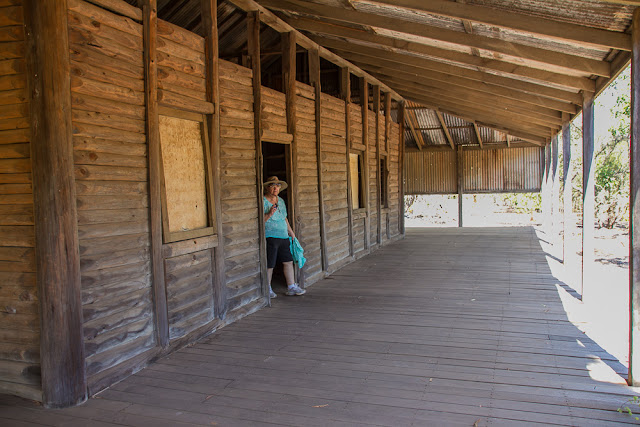 Jeanie Gunn's autobiography, "We of the Never Never" was written about her life on Elsey Station near Mataranka. A movie was made of the story and they built a replica of the homestead for the movie. It still stands as a museum depicting those early days. 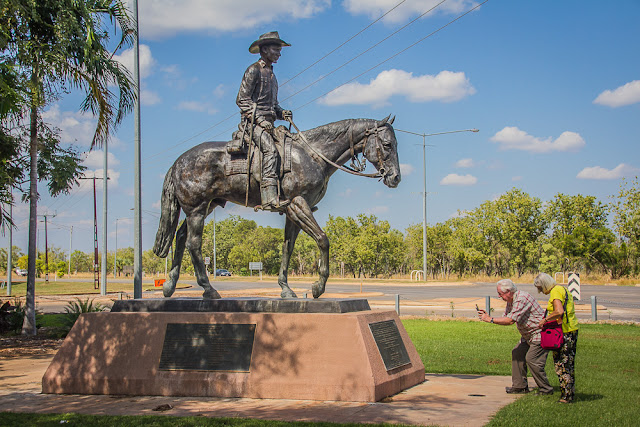 After morning tea we drove on for miles and miles. We watched a DVD about John McDuall Stuart, a famous explorer, who found a way for the overland telegraph from Adelaide in the south to Darwin back in the 1800's. Finally, we arrived in Katherine for lunch and a group photo. There was a statue of a bushman in recognition of all the pioneers and cattlemen who helped develop Katherine. It is a larger town with 24.000 people living in the area, 60% are indigenous. 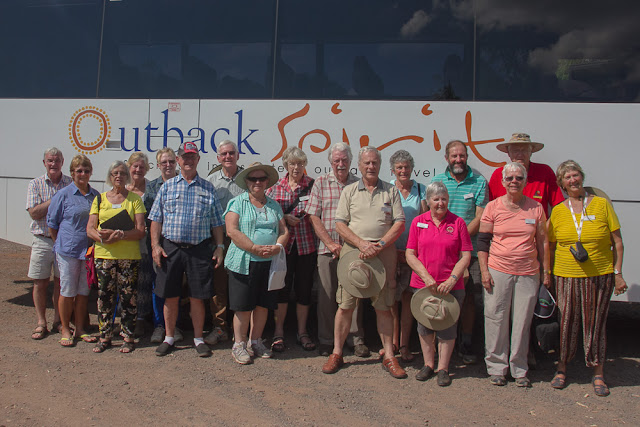 We were a bit disappointed that we couldn't stay another night here because there are many things to do and see. Luckily, I did stay here on our last trip from the other side of the country. There is a beautiful big gorge, Nitmiluk. There are photos on my post here: 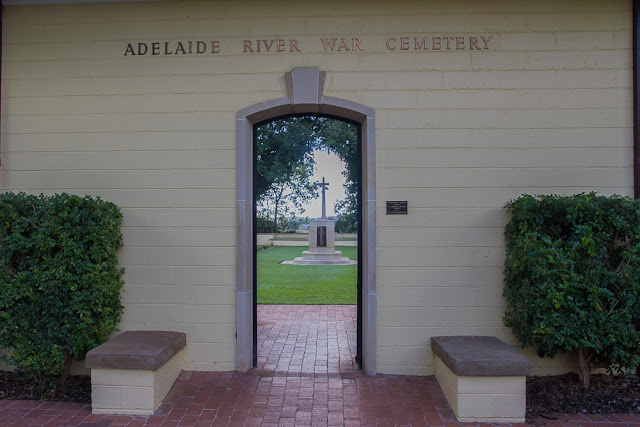 After many more miles we were getting closer to Darwin. We stopped at Adelaide River War Cemetery for a leg stretch. 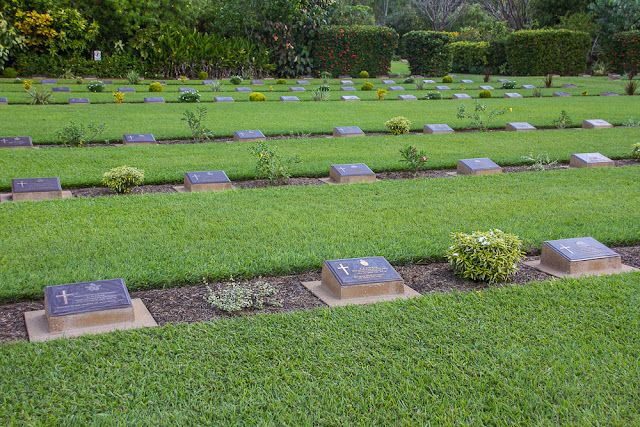 This cemetery is for the people who were killed during sixty bombing raids on Darwin by the Japanese in World War 11. They were mostly RAAF service men but there were many civilians and nurses killed also. 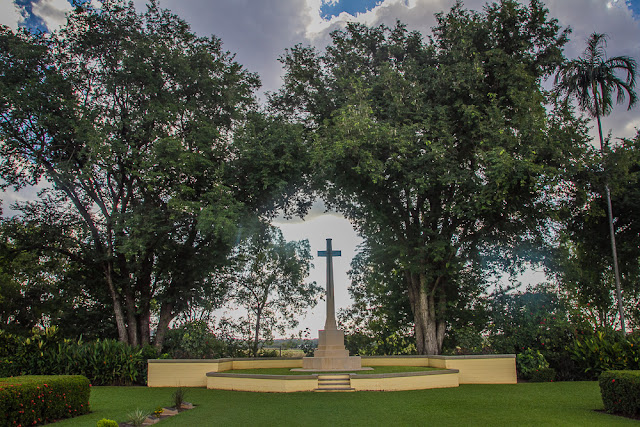 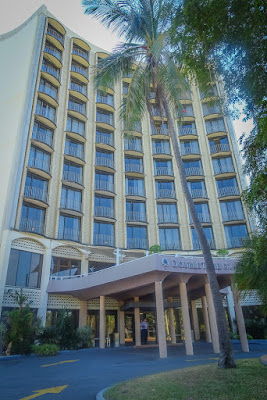 Finally we made it to Darwin and a very comfortable hotel room. It was a strange feeling to be back in civilisation after being in so much remote country. 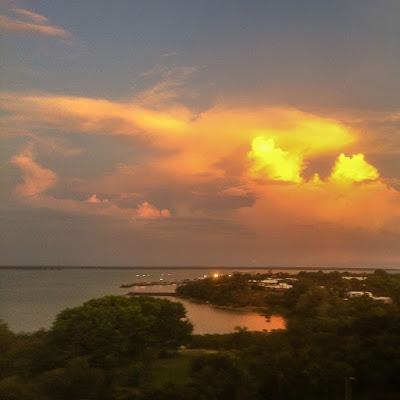 I watched the beautiful sunset over Darwin Harbour while getting ready for our final dinner with our new friends that we had made on the tour. However, the tour hadn't quite finished as there was a tour of Darwin scheduled for the last day. But it wasn't the last day for me. My friends, Ann and George had organised another few days touring, where we would end up on the bottom of Australia.
Posted by diane b