FROM THE TOP TO THE BOTTOM (Kangaroo Island 1)

After out Savannah Way tour we had planned to catch "The Ghan" train from Darwin to Adelaide in South Australia. It travels right through the middle of Australia from the top to the bottom. It would have been a three day trip with stop overs in outback towns. Unfortunately, the train itinerary and times changed at the last minute and we weren't able to get a connection to match up with our hotel and our flight home bookings. So instead we flew to Adelaide and booked a tour to Kangaroo Island.

In the afternoon we arrived in Adelaide after a three and a half hour flight from Darwin. We checked into our apartment and later found a lovely Italian Restaurant for dinner. It was freezing cold compared to up north. Luckily we had packed winter clothes too. 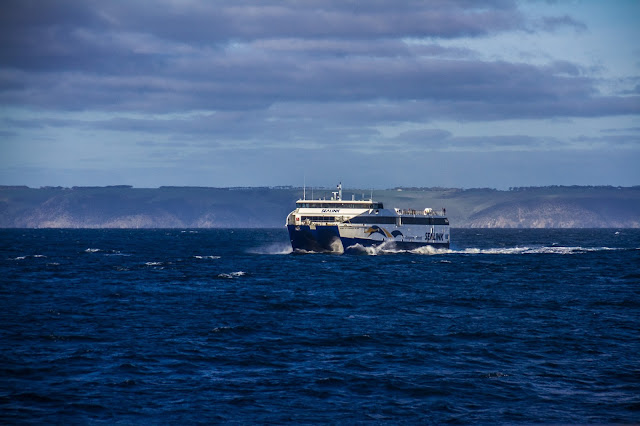 The next morning we were picked up at 6:30am for a trip to Kangaroo Island for two days. It is a two hour bus ride through the Fleurier Peninsular to Jervis Bay and then 45 mins on the ferry. Luckily, the sea was calm. 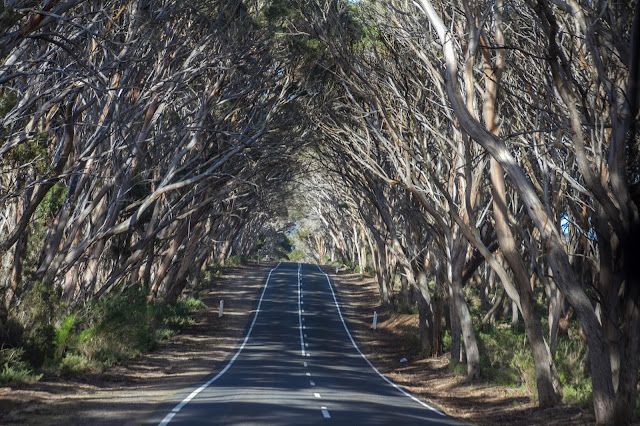 Another coach picked us up and we started the tour. 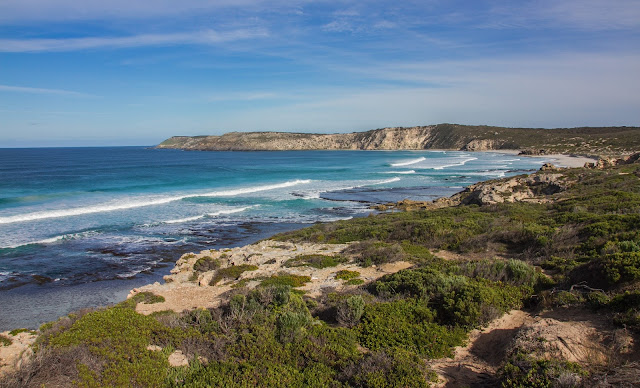 The island is known for its cold windy weather but we were very lucky and had warmish  winter days. First stop was Pennington Bay where we saw beautiful pristine beaches with no buildings. Then we visited an Eucalyptus Oil distillery . We were shown how the oil is made from specially grown, narrow leafed Eucalyptus Trees. Afterwards, had a delicious hot lunch at Vivonne Bay. 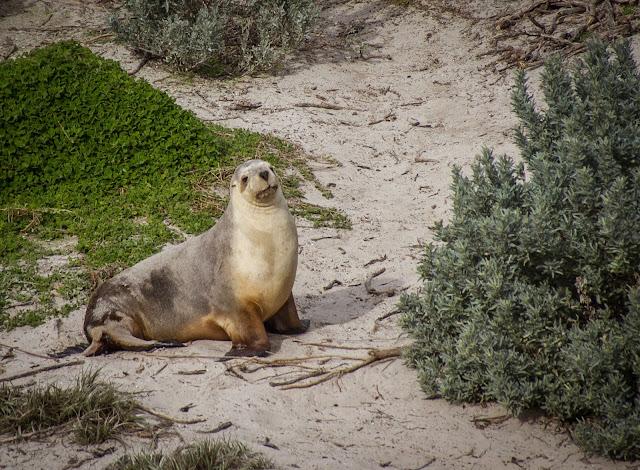 The best part of the day was a visit to Seal Bay, where there is a colony of Australian Sea Lions. These are a very rare type of seal with only two colonies in the world. This one and one in WA. There are only 12,000 left. As we walked down to the beach we saw some resting in the dunes. They have such a cute face. 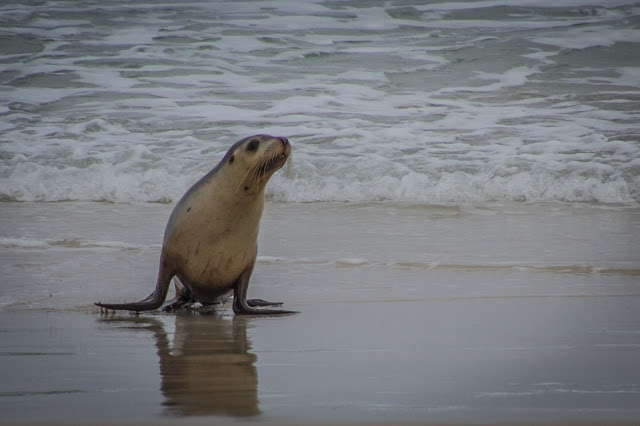 We were not allowed to get too close to them for both their safety and ours. 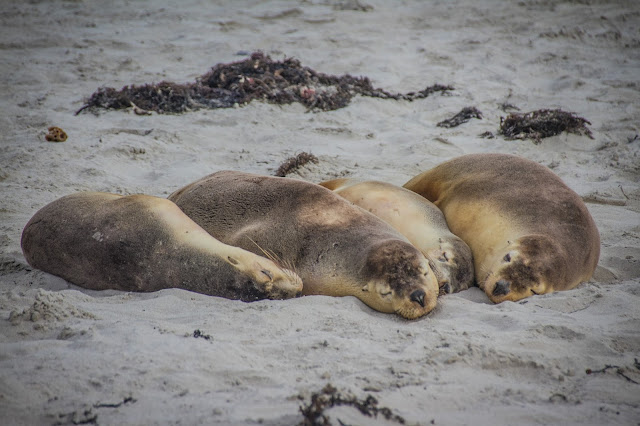 Mum and and young ones resting and keeping warm. 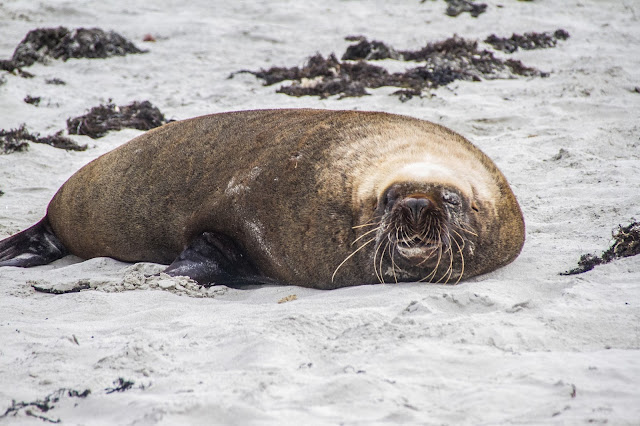 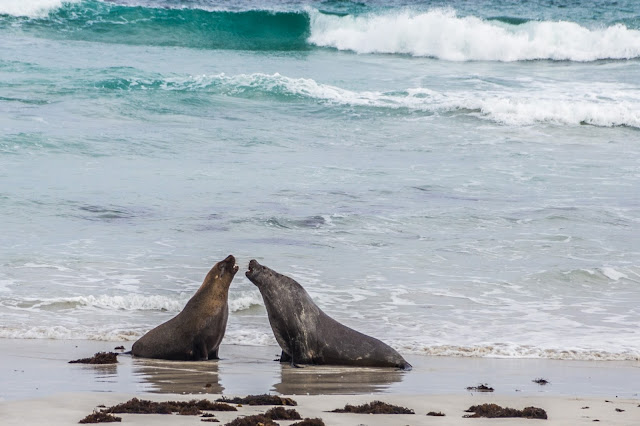 Young males arguing over a female. 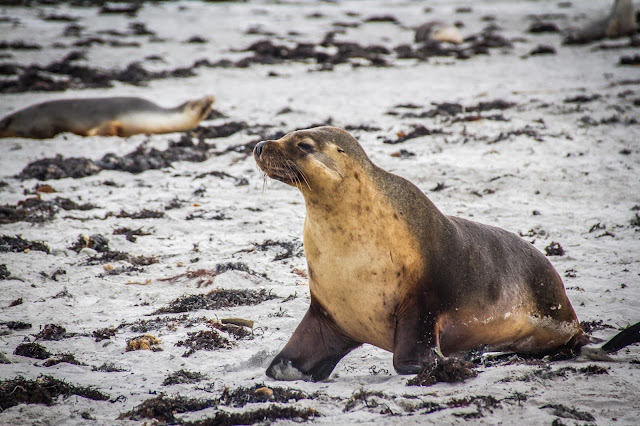 The female that has caught the eye of the bulls. 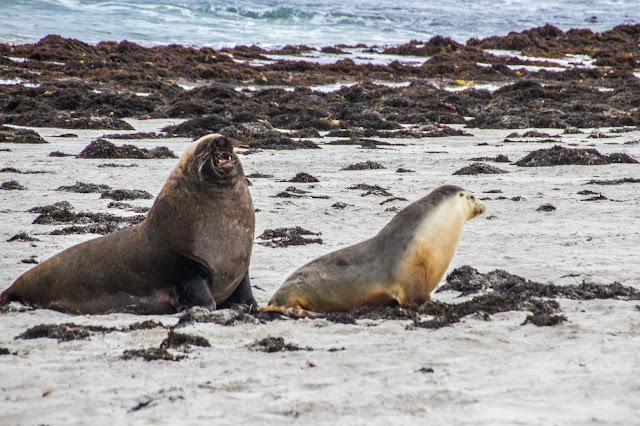 A 30 second video of Australian Sea Lions at kangaroo Island. 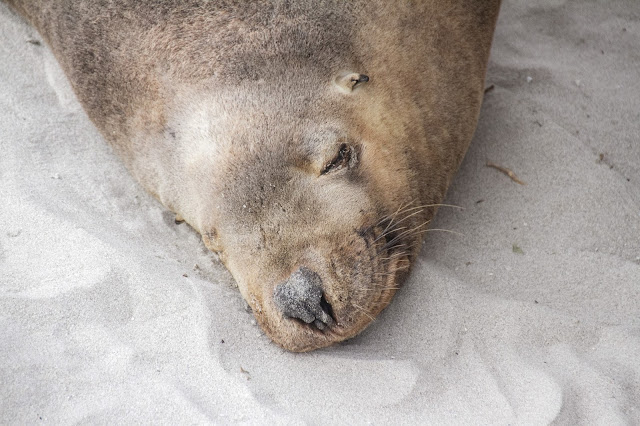 Another one snoozing under the board walk. Then it was back in the coach for yet more wild life visits. (next post)
Posted by diane b