In November we visited USA and part of our trip included a cruise on the American Queen Steamboat down the Mississippi from Memphis to New Orleans. We checked in at the Sheraton Hotel  for the cruise and we were able to board at 3:00pm. Kathy, Rob, Bill and I caught a bus to the wharf and excitedly walked over the gangway. It was fun finding our cabins and our way around the boat. We were disappointed to find that our cabins were not near each other even though we asked for adjoining cabins and we were allocated 438 and 439. However, the even numbers were on one side of the boat and the odd numbers were on the other side. Oh well, not a problem. 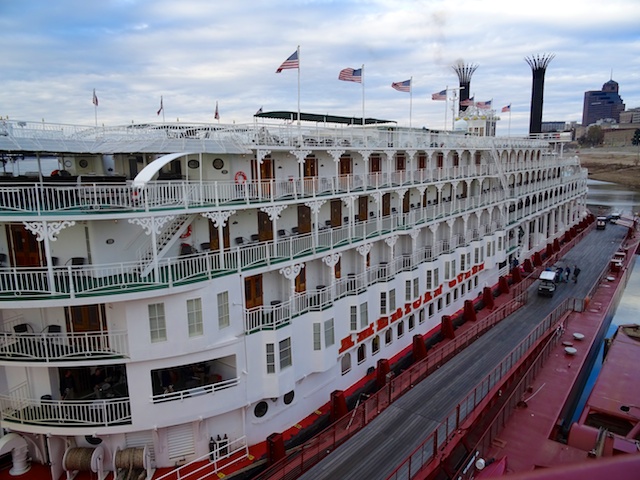 The American Queen is said to be the largest river steamboat ever built. She was built in 1995 and is a six-deck recreation of a classic Mississippi riverboat. She has 222 cabins for a capacity of 436 guests and a crew of 160. She is 127m long and 27 metres wide. It has a steam engine to drive the paddlewheel. There is a Front Porch cafe serving food all day and the J M White Dining Room where guests dine nightly in two shifts. There is a River Grill & Bar and a Grand Saloon for evening entertainment as well as lounges, reading rooms, spa and gym. It carries on the tradition of the elegant 19th century steamboat travel. 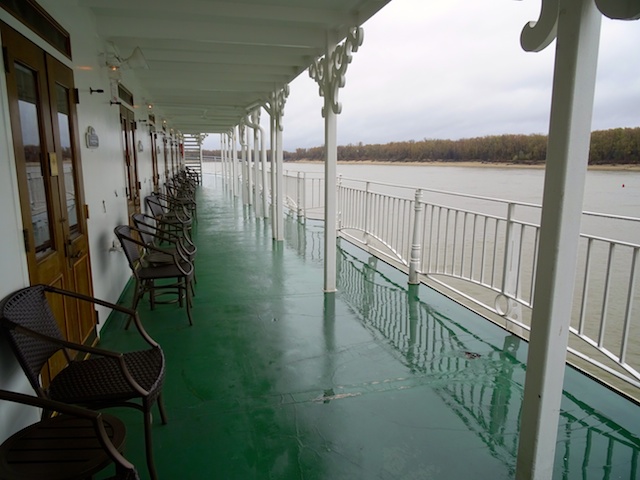 Our cabin opened onto the deck where there were chairs for us to lounge in, however the weather wasn't the best at first. Cold and wet. 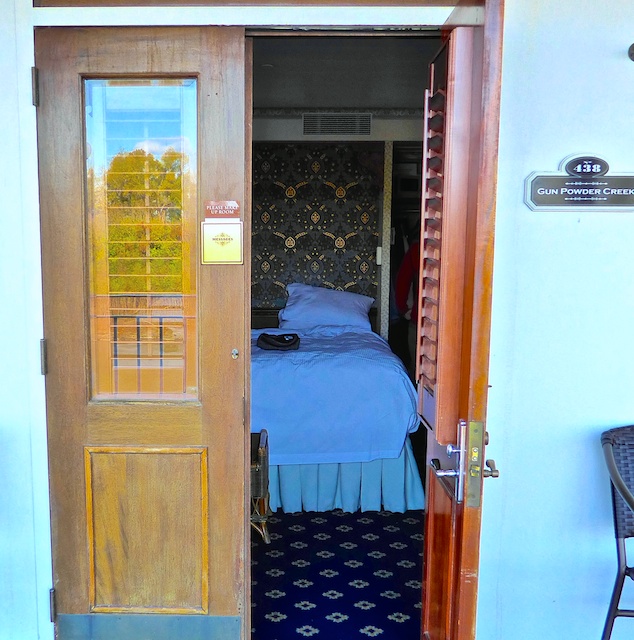 The cabin was quite roomy for a river cruise boat. 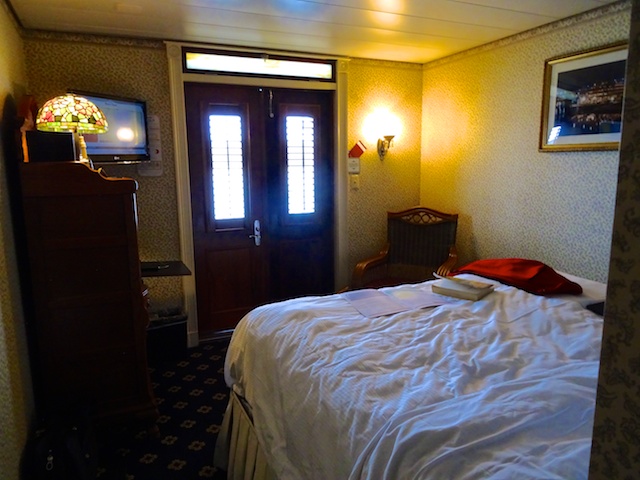 The problem was that the walls were not sound proof and we could hear the neighbours talking and their TV. We had to buy earplugs so we could sleep. 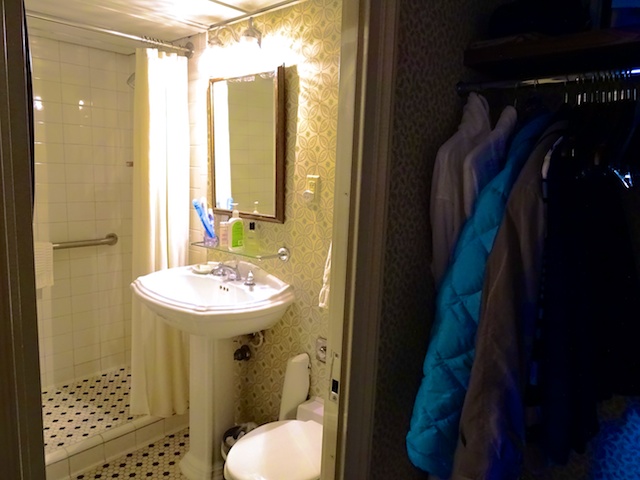 The bathroom was much bigger than on other river boats I have been on. 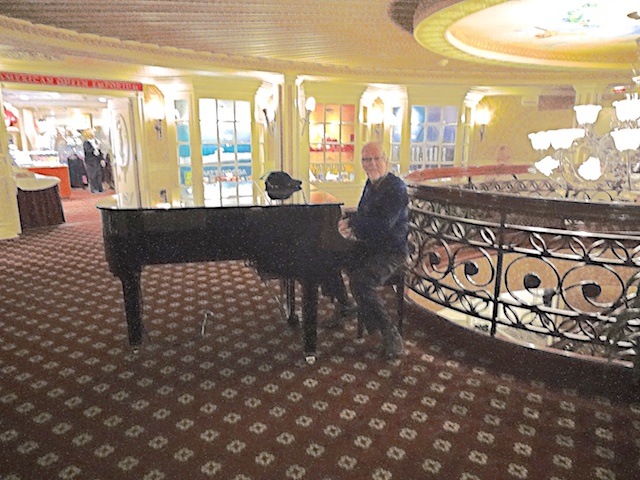 Bill tickled the ivories of the grand piano in the area outside the purser's office. Behind him is the shop. 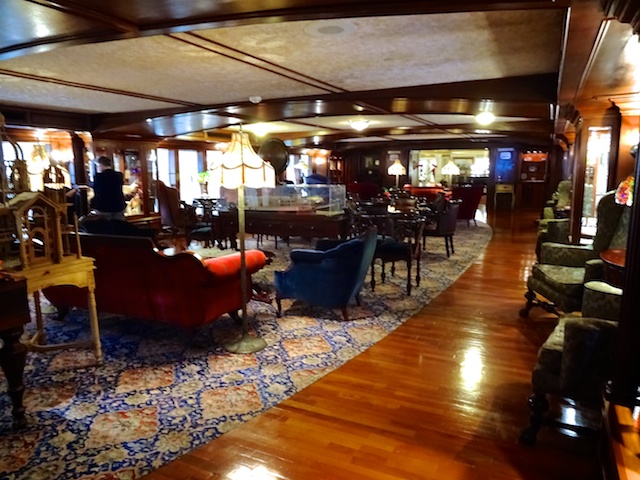 The lounge was a place where we tried to use the free WiFi but it was a joke. It was so slow and intermittent that it was almost impossible to use. So my blogging came to a halt. 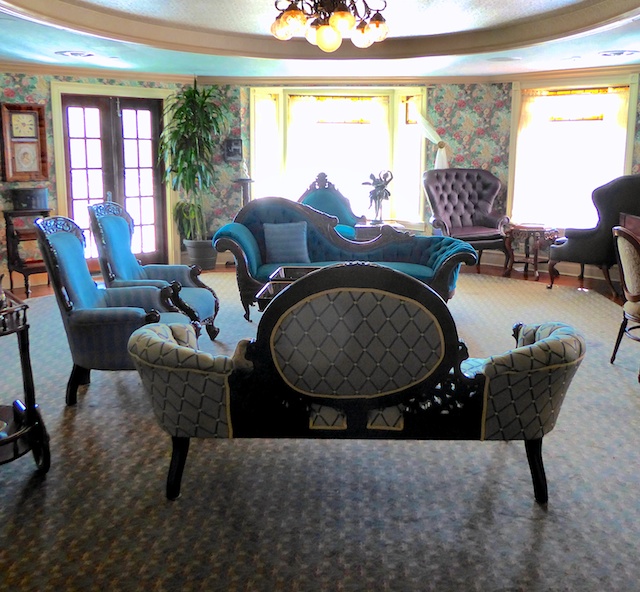 There was a ladies and a separate gents reading room but no one took any notice of the signs and both sexes sat in both rooms. I liked the gents room because it had puzzles and games in it. 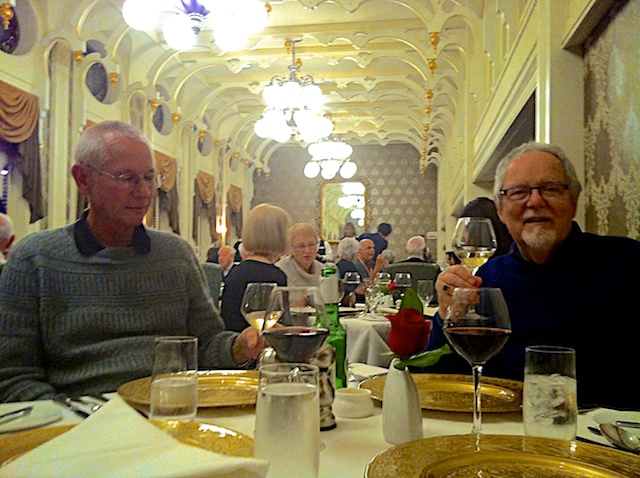 The dining room was very nice. The food was sensational and the staff very pleasant, friendly and helpful. 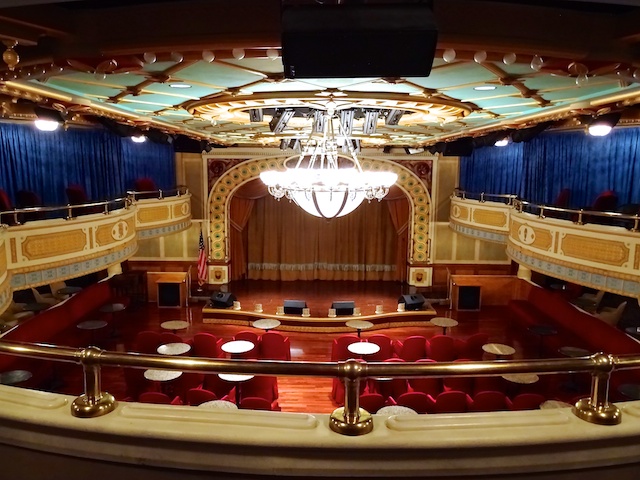 After dinner we would go to the Grand saloon to see a show. The shows were quite entertaining. 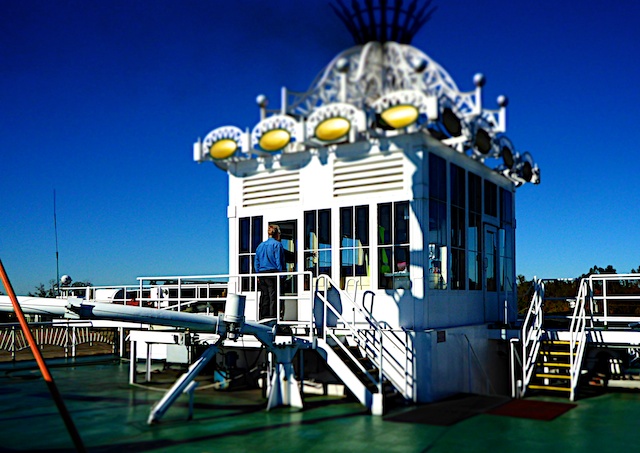 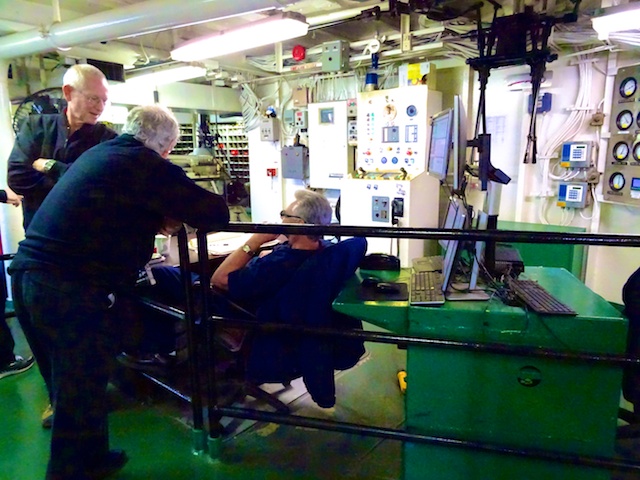 And the engine room where he and Rob had a chat to the engineer who explained that the controls were all computerised. He just sat and watched a monitor. 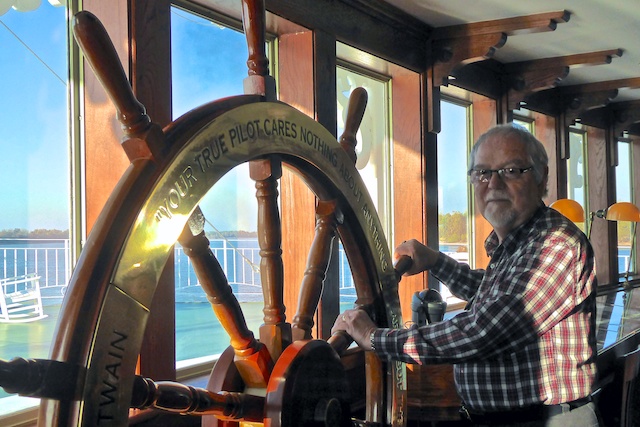 So there is no need of a wheel anymore. However, there is one in the Chart Room but its only for show. The Chart Room had a staff member called a Riverlorian who could tell you anything you wanted to know about the boat and the river.
Posted by diane b