Continuing our trip to USA.

Cades Cove is a fertile valley in the Smoky Mts National Park. It used to be inhabited with subsistence farmers from the early 1800's to the early 1900's. It was a close community until the Civil War. The community continued for a while but In the early 20th century owners started selling their land to the government, who were turning the area into a National Park. Some people didn't want to sell. They were allowed to stay until they died but the next generation had to move on. There is an 11 mile long loop road around the valley and there are original cabins, houses, churches, and barns to explore and photograph. 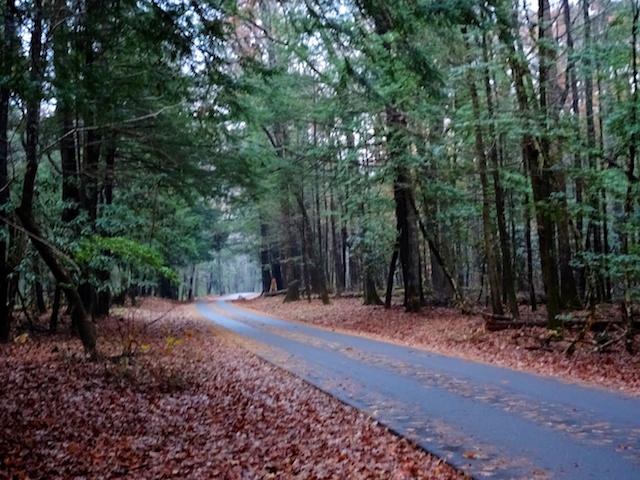 The pretty drive through the National Park to Cades Cove. 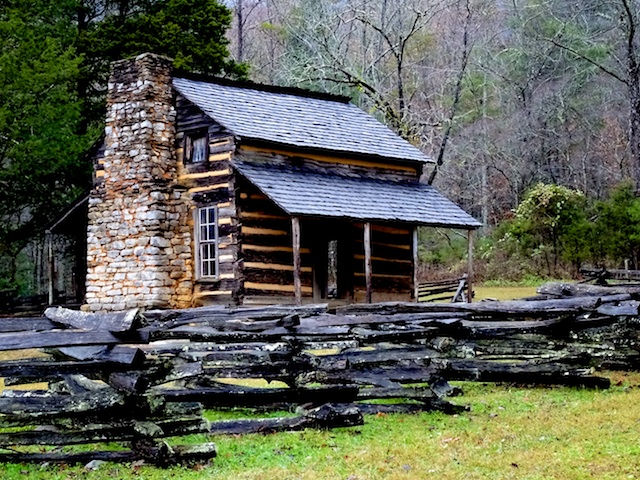 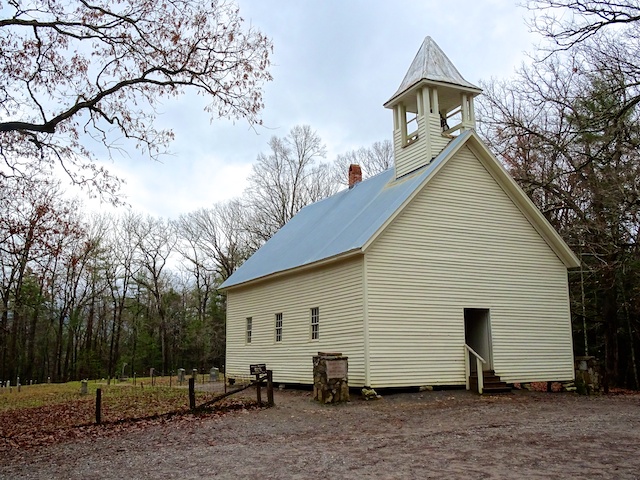 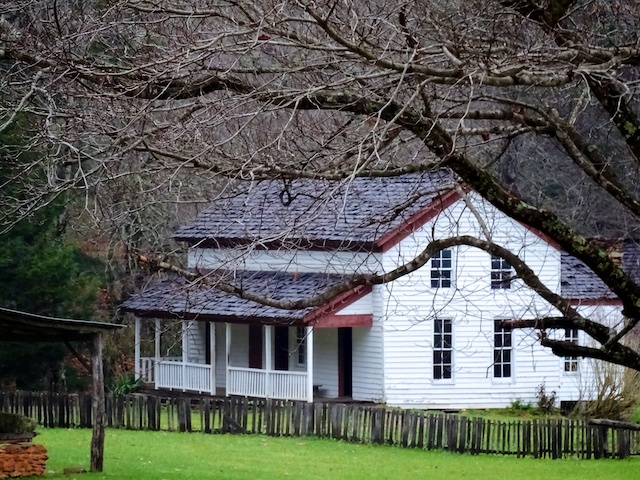 Cades Cove is registered on the National Register of historic places.  This is Becky Cable House built in 1879. Owned by the spinster daughter of John Cable. She refused to get married after her father broke off her childhood romance. 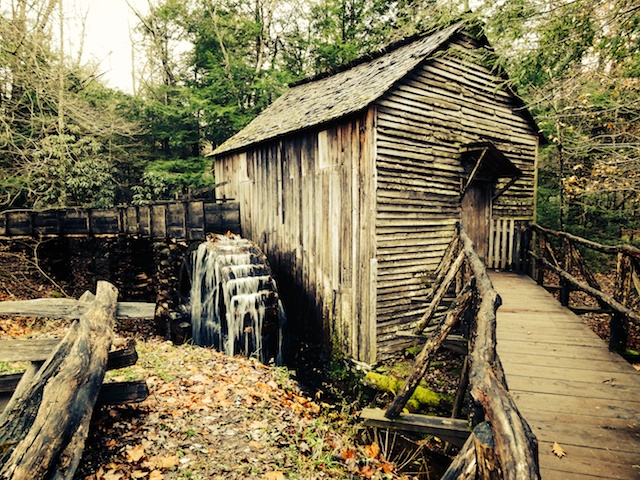 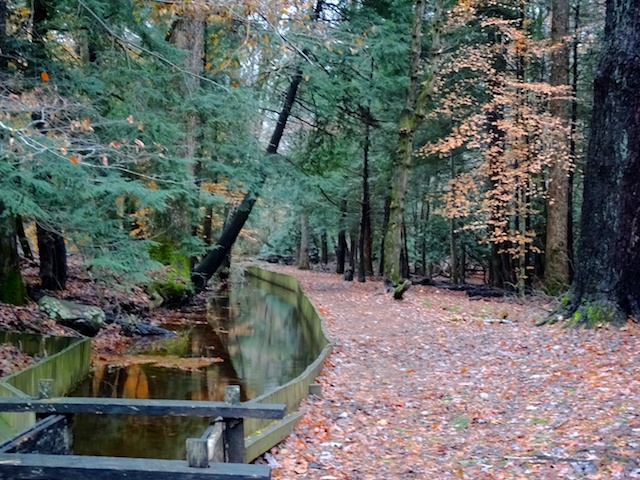 John Cable had to build diversions from Mill Creek and Forge Creek to get enough water for the overshot wheel. 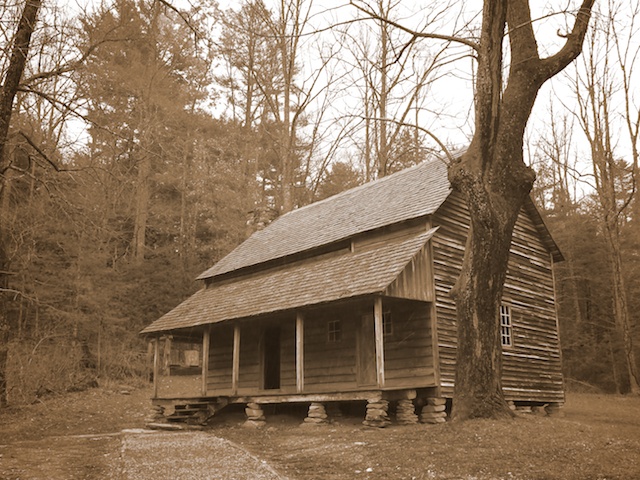 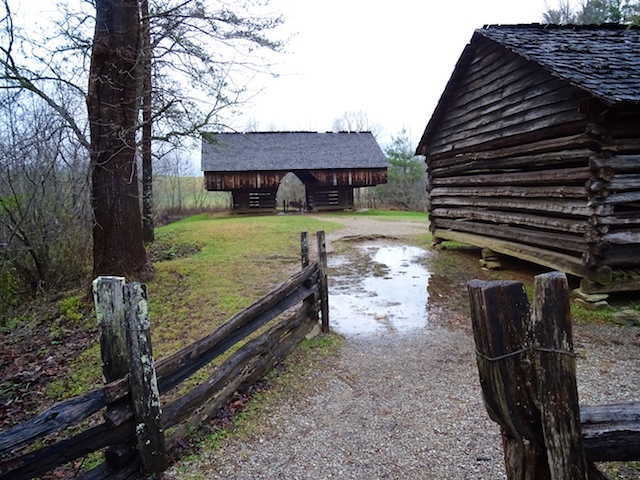 Double cantilever barn at Tipton Place. You can see it was a cold wet day but we still enjoyed this fascinating place. 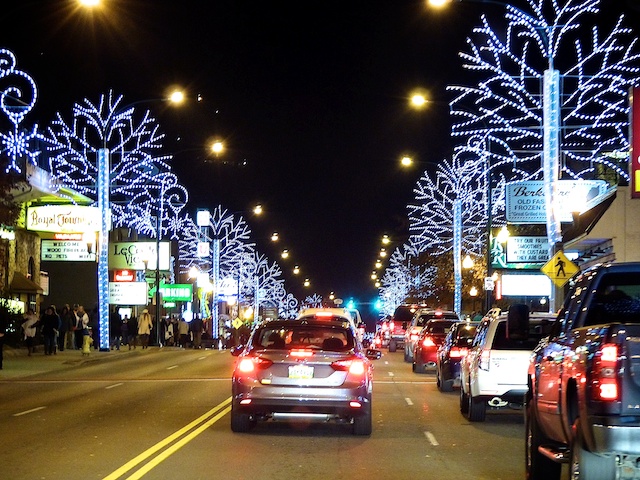 That night we drove into town for our last dinner in Gatlinburg. Sick of huge meals we opted for soup and sandwiches this night. 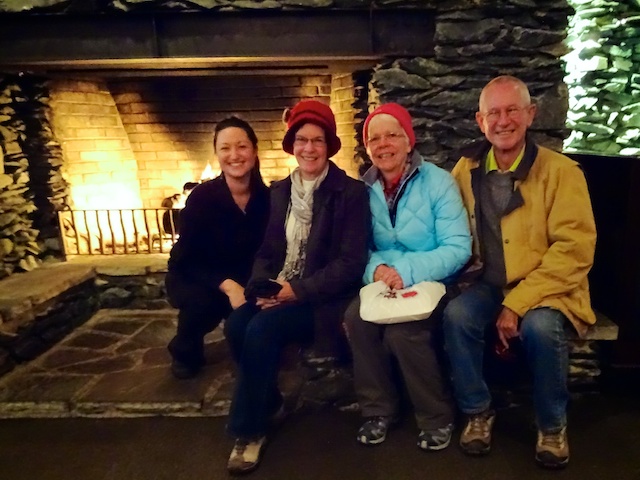 Bill stayed home so we got him a burger to go.(take away in Oz). We ate here often and got to know the server well. She looked after us nicely. She wants to come to Australia one day so Kathy and Rob offered her a job in their son's cafe and we offered her a bed.
Posted by diane b